Based on the manhwa (Korean comic) of the same name, “The King’s Affection” will tell the story of a pair of royal twins, one male and one female. Although the sister is initially abandoned for being female, she later disguises herself as a man to become the crown prince when her brother dies.

Park Eun Bin will star in the drama as Lee Hwi, the crown prince with a shocking secret, while SF9’s Rowoon will star as male lead Jung Ji Woon, who is Lee Hwi’s teacher.

In the group poster, the caption reads, “Feelings that one shouldn’t carelessly have,” hinting the drama will depict forbidden romance. Lee Hwi exudes the dignity of a monarch as she sits in the center of the group, and she stares solemnly ahead with slightly tense eyes. Beside her is Jung Ji Woon, someone who has to bear the burden of sharing her secret and fate. Lee Hyun (Nam Yoon Su), a member of the royal family, sits to the right of Lee Hwi with a warm smile, and he harbors secret feelings for someone. It will be intriguing to watch his mysterious romance unfold.

As Lee Hwi’s faithful and dependable bodyguard, Kim Ga On (VICTON’s Byungchan) sits near her with a stolid look on his face. Next to Jung Ji Woon is Shin So Eun (Bae Yoon Kyung), the only child of a high-profile family. She is resourceful, knowing how to turn danger into an opportunity and get everything she wants. Noh Ha Kyung (DIA’s Jung Chaeyeon) shows her grace and beauty as the crown prince’s wife. 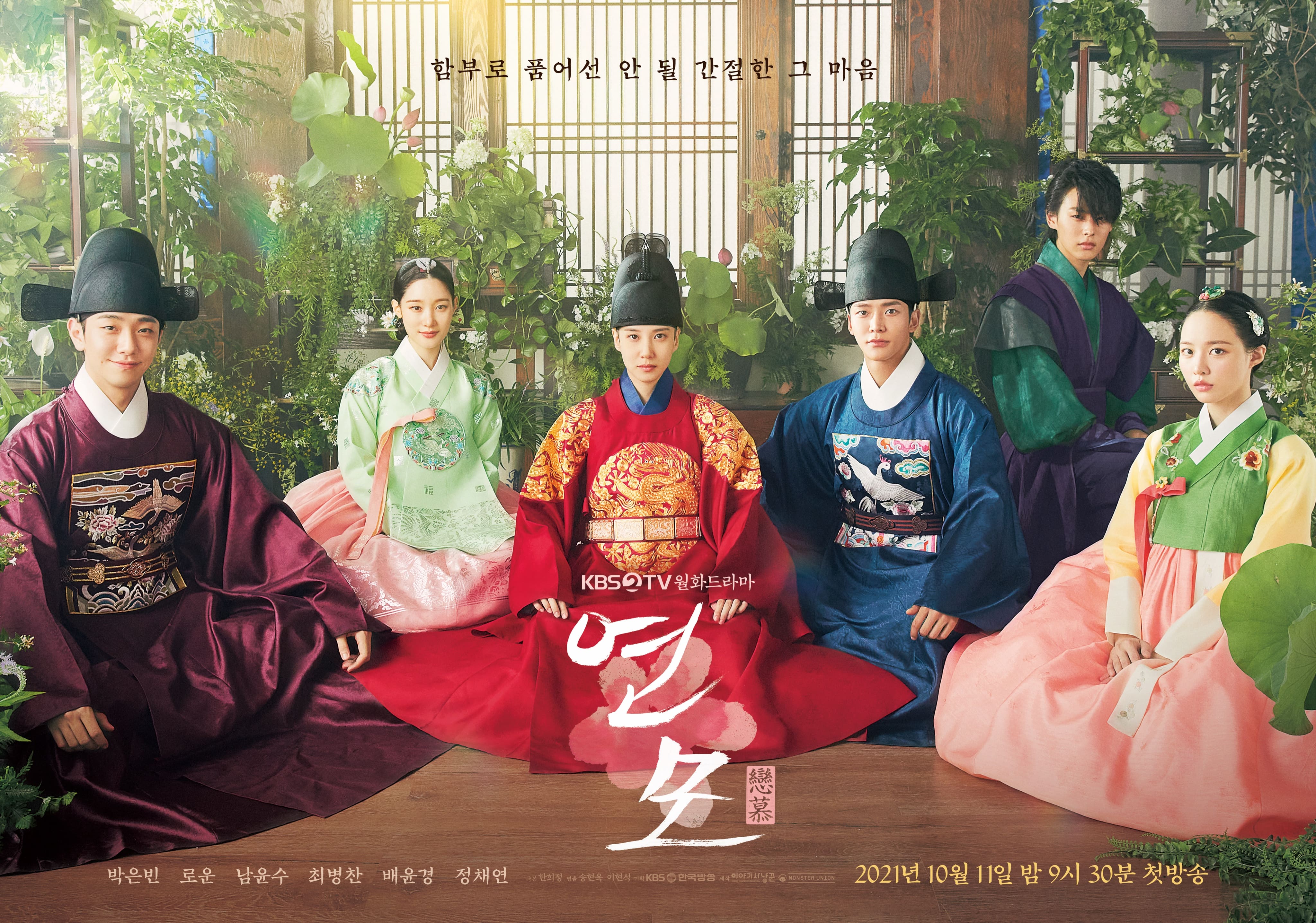 The drama’s production team shared, “The six actors, who emit refreshing energy, will depict beautiful and loving moments with various stories. On October 11, viewers will be able to see a drama that blows affection to their hearts.”

While you wait, watch Park Eun Bin in “Do You Like Brahms?” with subtitles here: