“Dali and Cocky Prince” stars Kim Min Jae as Jin Mu Hak, a man who lacks schooling and book smarts but is extremely resourceful and talented at making a living, and Park Gyu Young as Kim Dal Li, a woman who is intellectually polished and comes from an elite background but doesn’t know how to take care of herself.

Previously on the first episode of “Dali and Cocky Prince,” Jin Mu Hak, who only thinks about money and pigs, fatefully came across Kim Dal Li on his business trip to the Netherlands. He ended up spending the night in her room, and while taking a shower, there was a power outage that caused him to leave the bathroom in just a towel. The episode ended with Jin Mu Hak falling right on top of a shocked Kim Dal Li.

The new stills tease the aftermath of his “exciting” business trip. He is wearing silk pajamas, and there is a patch on his forehead. In one photo, he covers his mouth in shock, and in another photo, he has a blanket wrapped tightly around him as his expression is pinched with anger. Furthermore, his secretary Yeo Mi Ri (Hwang Bo Ra) shows up at his house and explains something to him that causes his eyes to round with surprise. 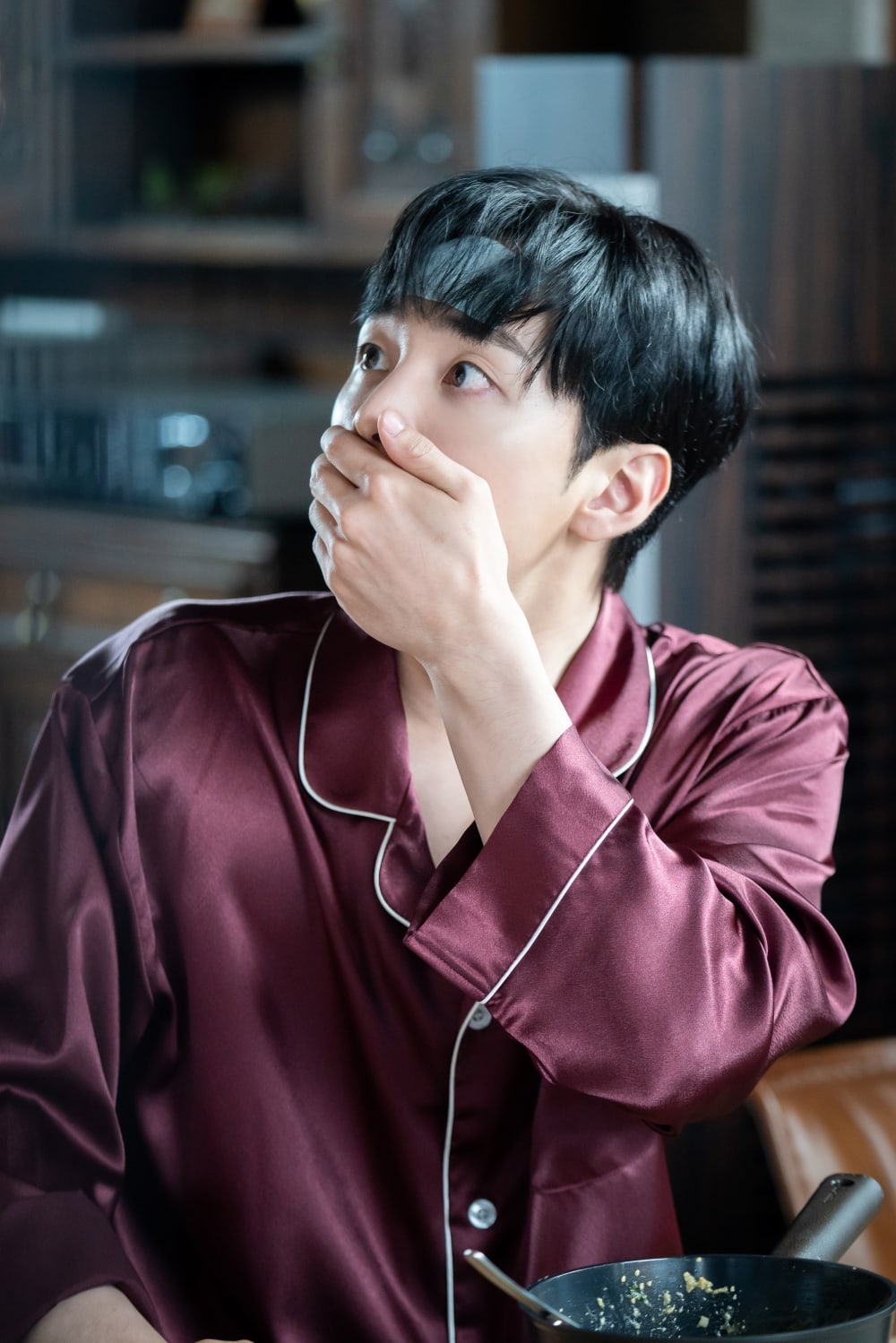 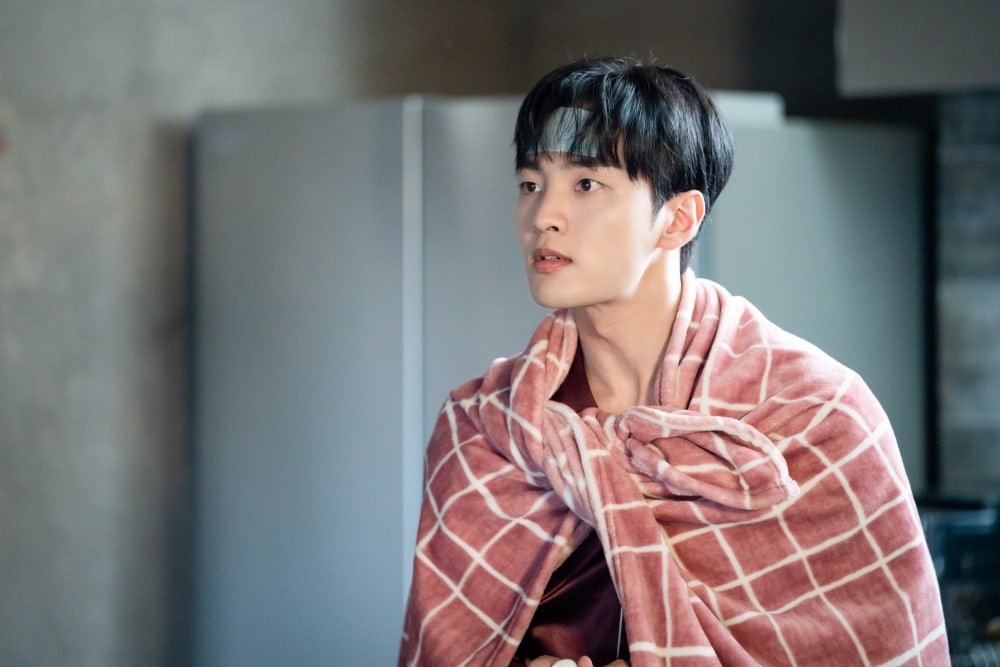 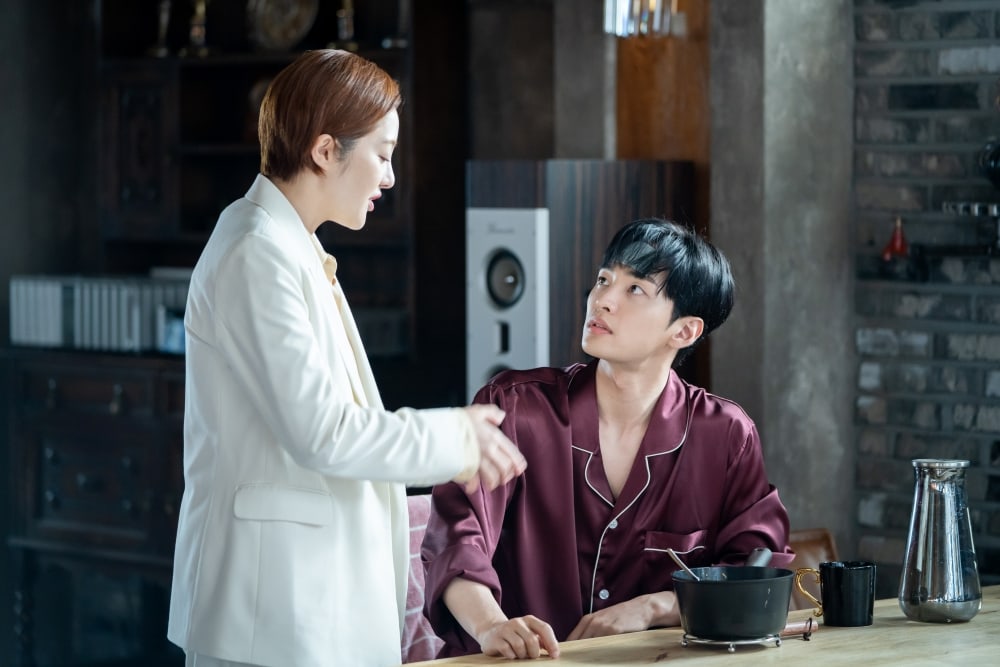 The drama’s production team commented, “After Jin Mu Hak experiences dream-like events with Kim Da Li in the Netherlands, he will experience a big change in his life. Please tune in to episode 2 that airs today in order to find out if the reason he skipped work and is struggling at home is because of her.”

Catch the premiere of “Dali and Cocky Prince” below!