“Jirisan” is a new mystery drama starring Jun Ji Hyun as Seo Yi Kang, a top ranger at Mount Jiri National Park, and Joo Ji Hoon as her rookie partner Kang Hyun Jo, who is hiding an unspeakable secret. The drama will follow the story that unfolds as the two rangers begin to uncover the truth behind a mysterious accident that occurred on the mountain.

On September 24, the highly-anticipated drama released a chilling teaser poster featuring a mysterious hooded figure surrounded by fog. The figure stands alone in the shadows late at night, wearing a poncho emblazoned with the logo of the National Park Rangers.

Notably, the “R” in the logo is blocked by the poster’s caption, ominously transforming the word “RANGER” into “ANGER.”

Meanwhile, the caption eerily describes the mountain as “the place where the land meets the sky, the border between this world and the next.” 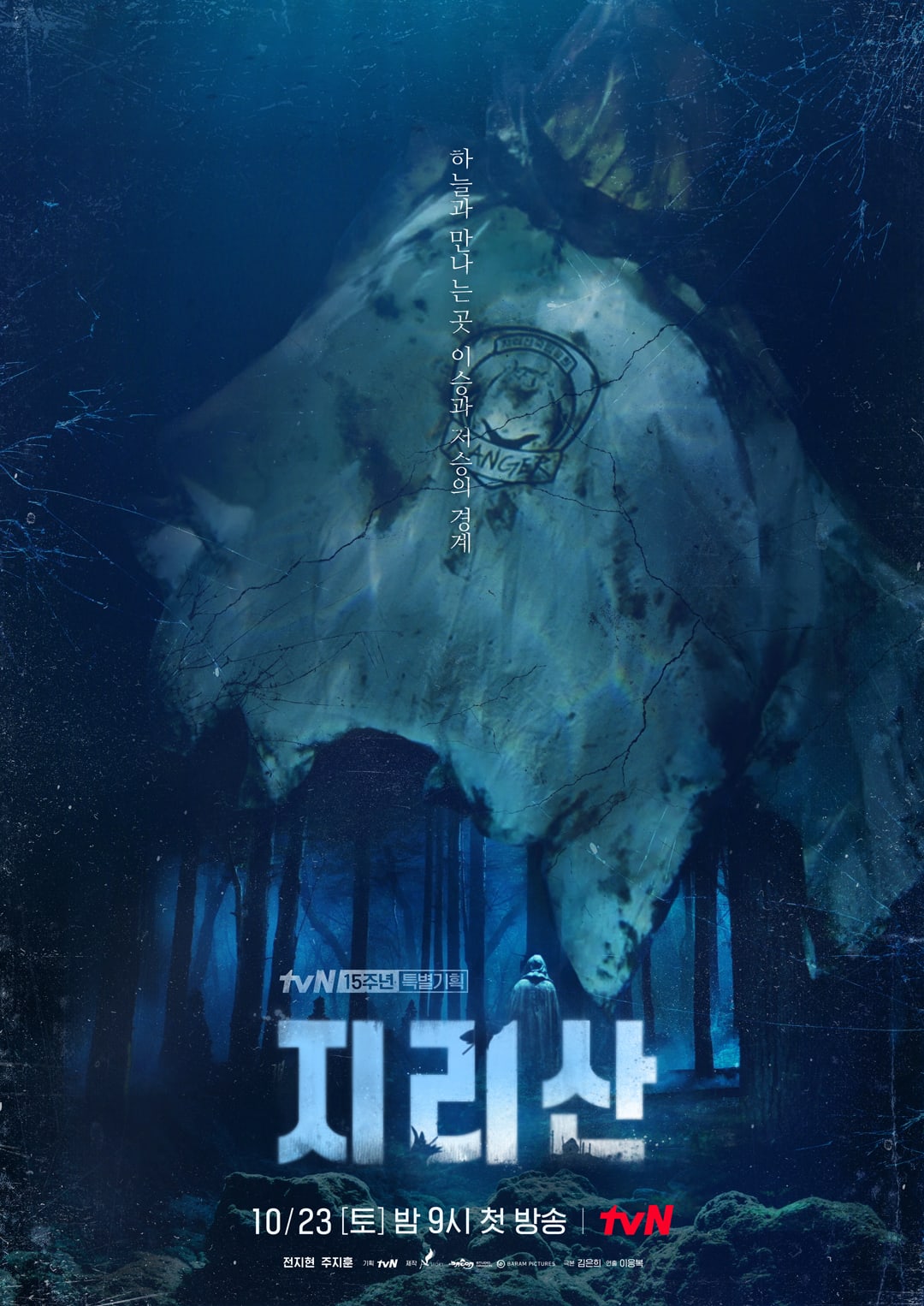