Kim Seon Ho and Shin Min Ah’s budding romance will face yet another obstacle on the next episode of “Hometown Cha-Cha-Cha”!

The previous episode of “Hometown Cha-Cha-Cha” ended with a romantic moment that made viewers’ hearts skip a beat. On her way home, Hye Jin got the feeling that someone was following her and became scared—then rushed into Doo Shik’s arms in relief the moment she spotted him. While Doo Shik was initially startled by the unexpected physical contact, he soon embraced her tightly, making viewers wonder if their love story would finally begin in earnest.

However, in newly released stills from the drama’s upcoming episode, it appears that the would-be couple’s romantic moment will suddenly be interrupted. In the middle of their heartwarming embrace, Doo Shik looks shocked as they turn to face someone or something together.

Notably, though, the interruption doesn’t stop Doo Shik from keeping his arm wrapped protectively around Hye Jin—or Hye Jin from clinging to Doo Shik’s waist despite her surprise. 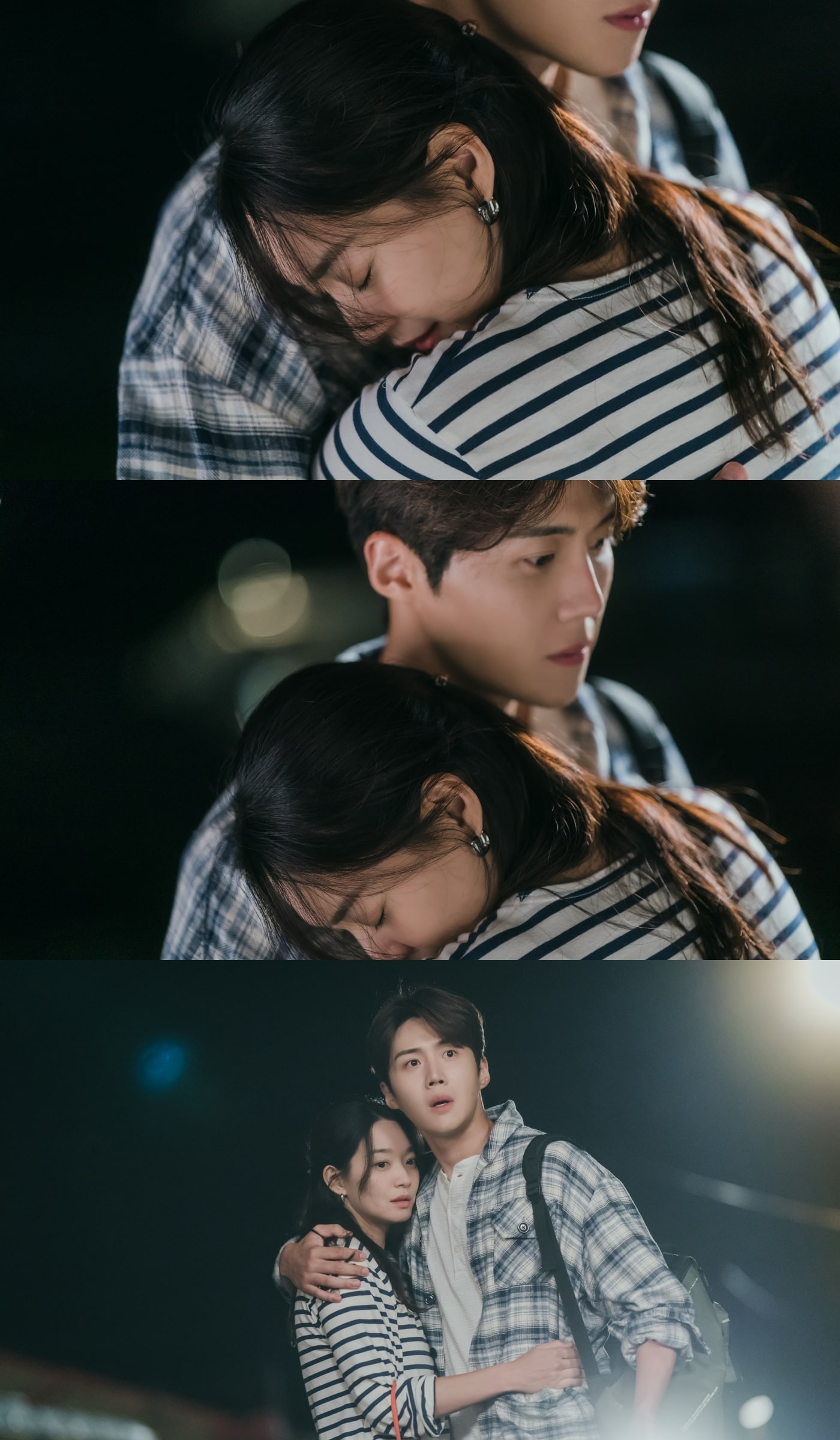 To find out what happens during the couple’s romantic moment—and how it will affect their relationship—tune in to the next episode of “Hometown Cha-Cha-Cha” will air on September 25 at 9 p.m. KST!