Crown prince Lee Hwi’s poster is enveloped by a powerful red color. Lee Hwi hides a great secret, but the poster represents her resolve to powerfully and firmly protect her place. With her proper posture and sharp dress, the poster also captures Lee Hwi’s level-headed temperament. Nevertheless, even behind her strength, there’s a hint of sadness in her gaze. 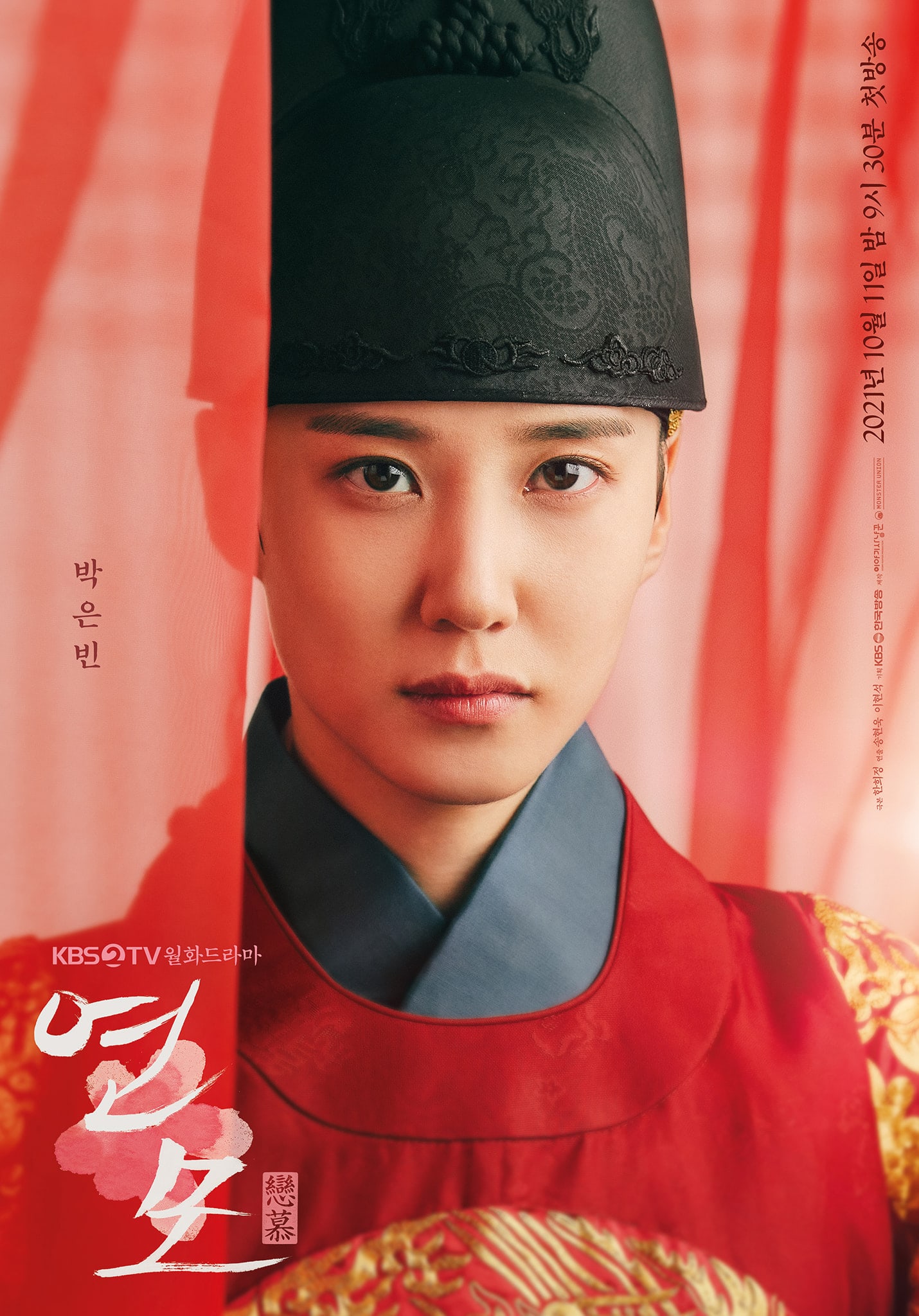 Lee Hwi’s teacher Jung Ji Woon is enshrouded in an alluring purple light in his poster as he showcases a charming smile. Although he’s full of a mysterious and extravagant air, there’s danger within that no one can dare defy. Jung Ji Woon also harbors loneliness because of the person he can’t get closer to. 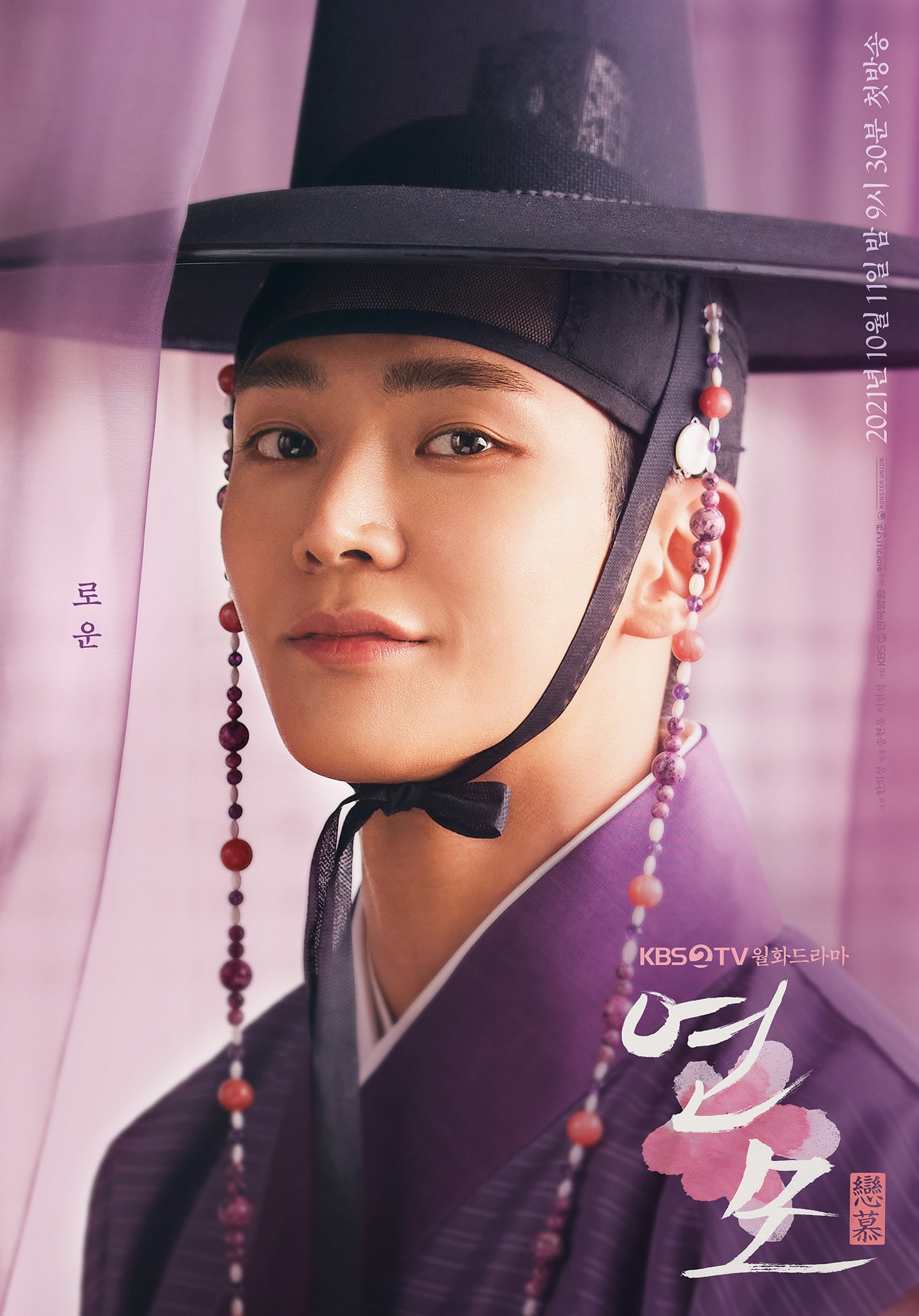 The poster for Lee Hyun (Nam Yoon Su), who is a member of the royal family, is filled with a warm orange light that alludes to his calm and gentle personality. Like the color orange, which has just the right amount of warmth, Lee Hyun knows to maintain reasonable limits. Although he also has someone whom he cares for, Lee Hyun knows it’s a path he shouldn’t take. 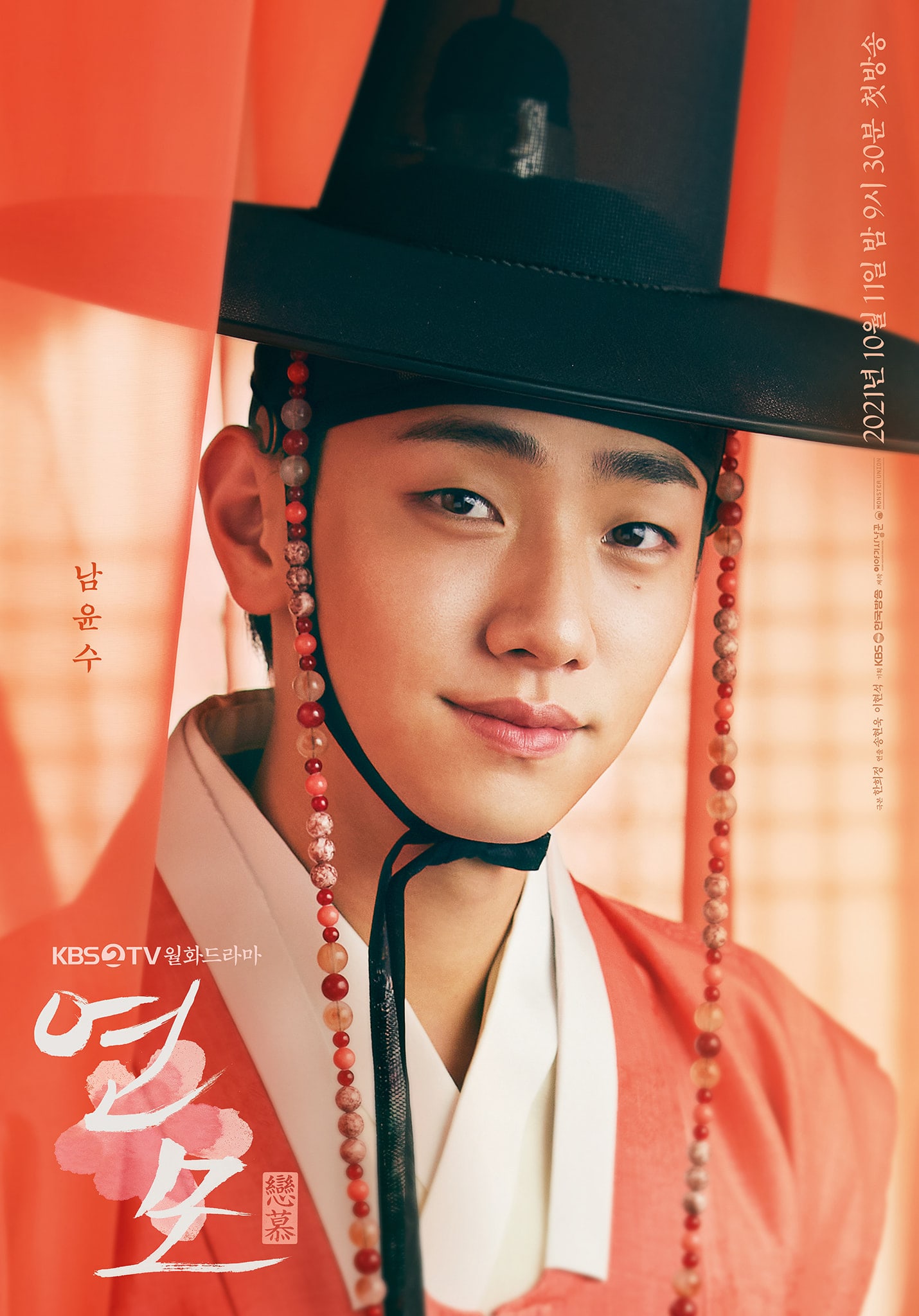 Lee Hwi’s faithful and dependable bodyguard Kim Ga On (VICTON’s Byungchan) is portrayed with a dark brown color. Kim Ga On’s unwavering gaze appears even more charismatic due to the overall tone of the poster. Never letting his guard down, Kim Ga On also hides a unique story. 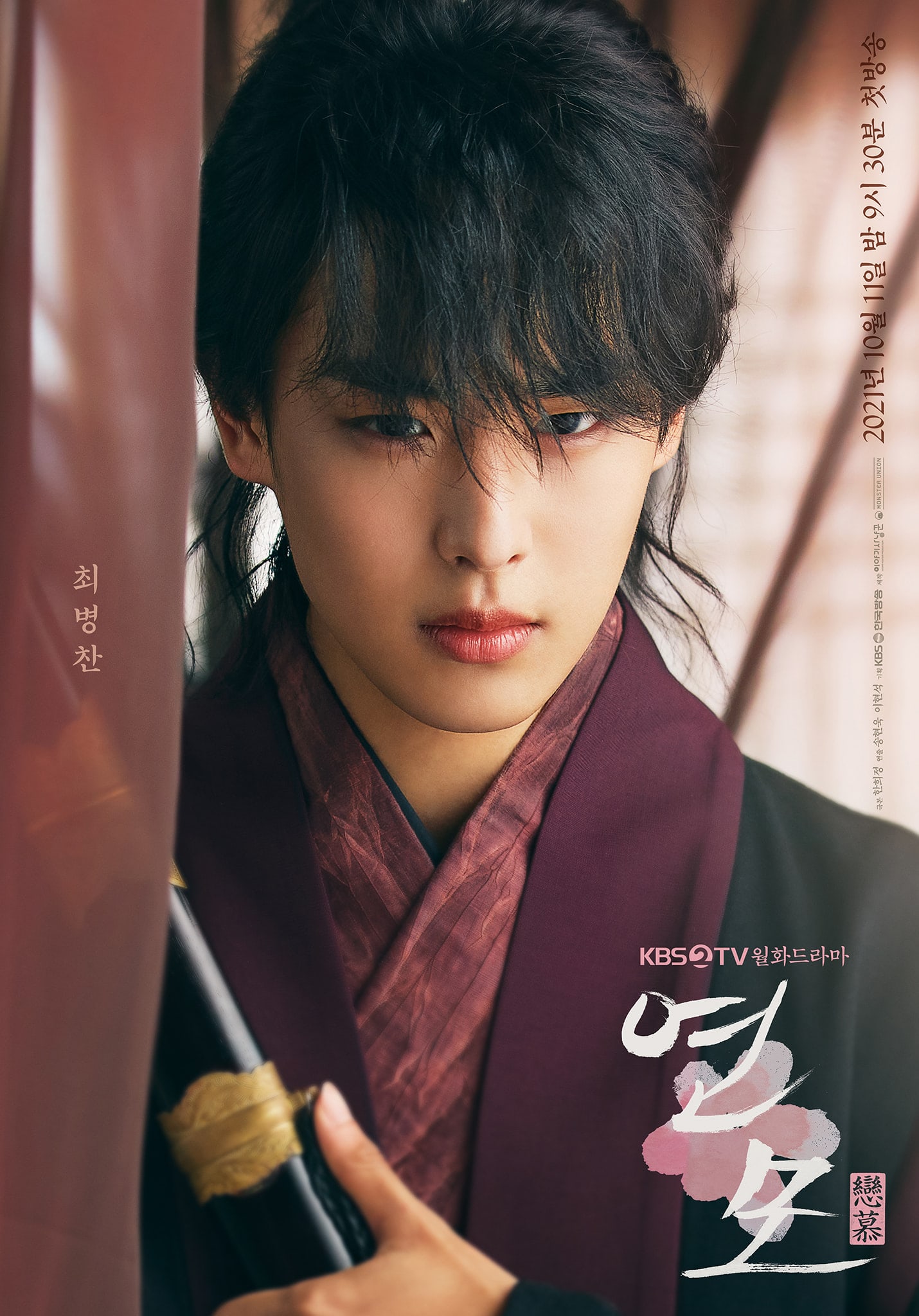 Shin So Eun (Bae Yoon Kyung), the only child of the Minister of Personnel, is bathed in a refreshing light blue color while Noh Ha Kyung (DIA’s Jung Chaeyeon), the youngest daughter of the Minister of War, is shrouded in deep purple. Shin So Eun ambitiously shares her beliefs, while Noh Ha Kyung has an innocent and gentle heart. Although the two have contrasting personalities, they’re both very honest with their feelings. Shin So Eun and Noh Ha Kyung will add both tension and a refreshing energy to the romance to make the drama even richer. 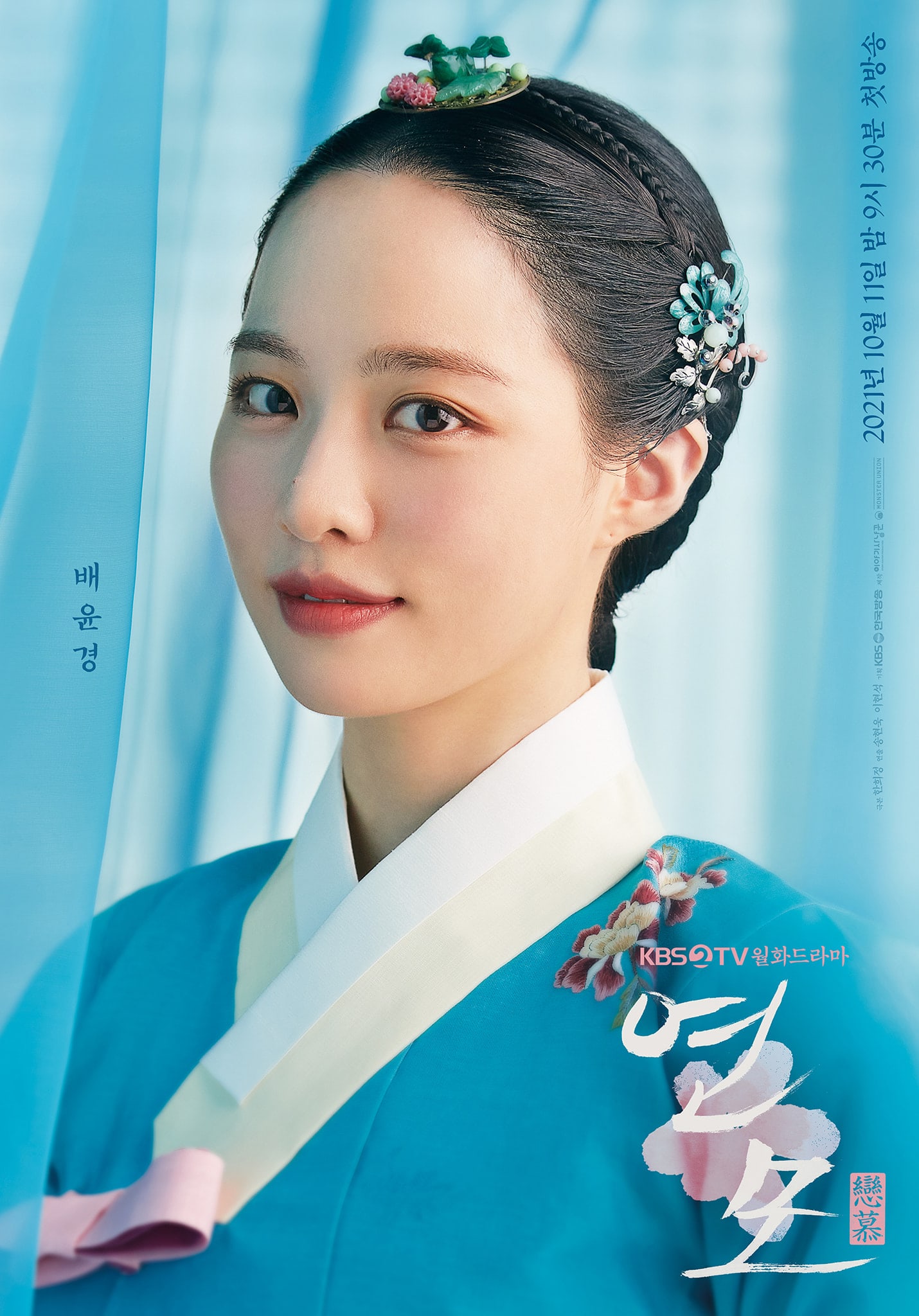 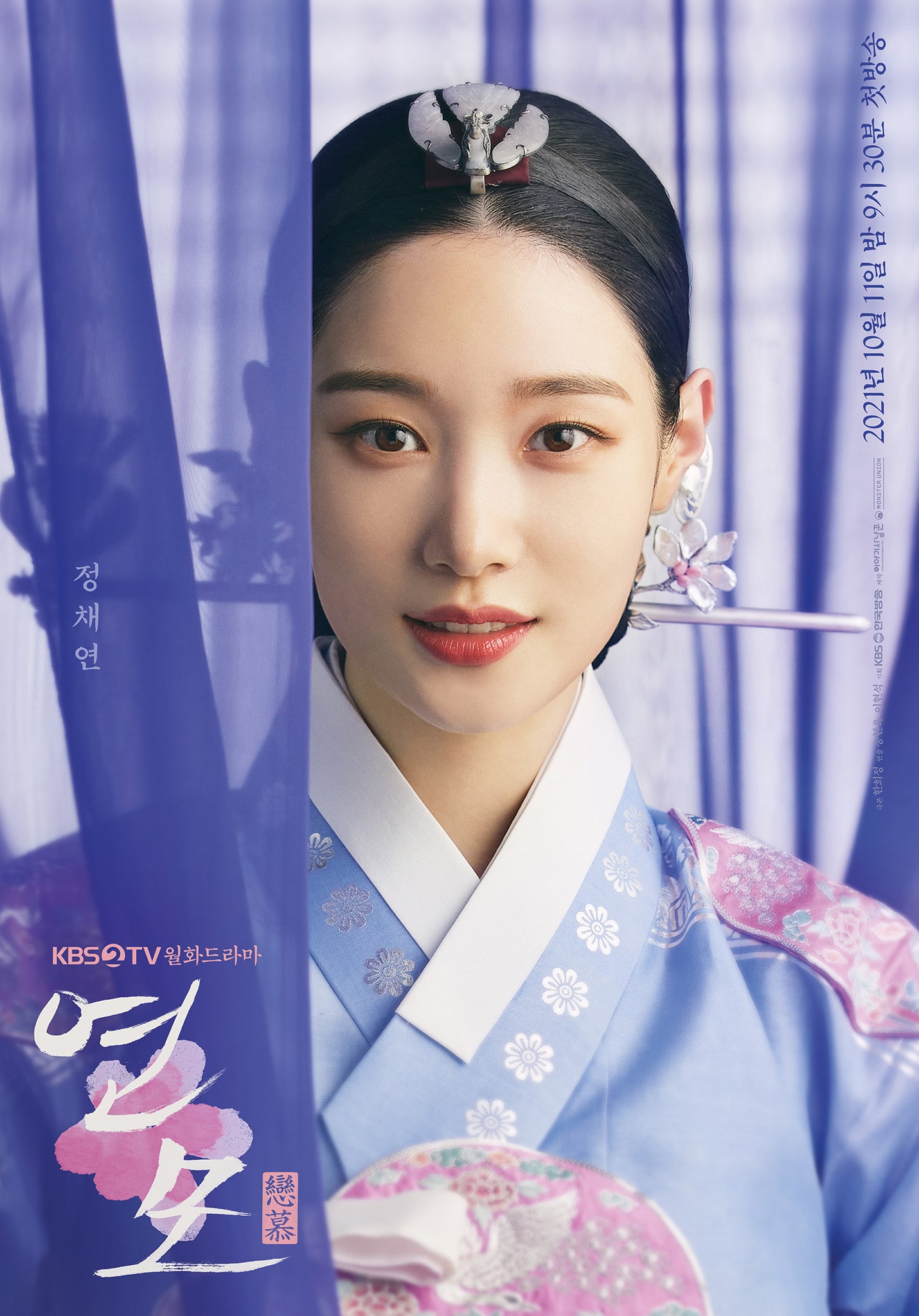 The drama’s production team commented, “Through the beautiful, traditional Korean colors, the posters capture the trademark traits that each of the characters have. Each of their different innate colors will vividly come to life within the drama. Furthermore, the romantic combinations they create as they mix together will definitely be novel. Please show lots of interest and anticipation ahead of the October 11 premiere.”

“The King’s Affection” will premiere on October 11 at 9:30 p.m. KST. Check out the latest teaser for the drama here!

While you wait, watch Park Eun Bin in “Do You Like Brahms?” with subtitles here…

…and catch Rowoon in “Extraordinary You” below!