tvN’s “Yumi’s Cells” has shared an amusing sneak peek of its upcoming episode!

Based on the hit webtoon of the same name, “Yumi’s Cells” is a new drama that tells the story of an ordinary office worker named Yumi—from the point of view of the many brain cells in her head controlling her every thought, feeling, and action.

On the previous episode of “Yumi’s Cells,” Goo Woong fell in love at first sight with Yumi during their blind date, which was all too relatable in terms of how awkward it was. After seeing Yumi, Goo Woong’s mind went blank, and he began trying to impress her with terrible jokes—to which Yumi valiantly tried to react with fake laughter.

In newly released stills from the drama’s next episode, the smitten Goo Woong tries his best to keep their date going despite its unpromising start. Sporting adorable matching headbands, the pair heads to a frog festival, but they keep an awkward distance as they pose for a photo together. Yumi also looks amusingly frozen as she stares nervously up at Goo Woong with an ice cream cone in hand, while he returns her gaze just as uncertainly. 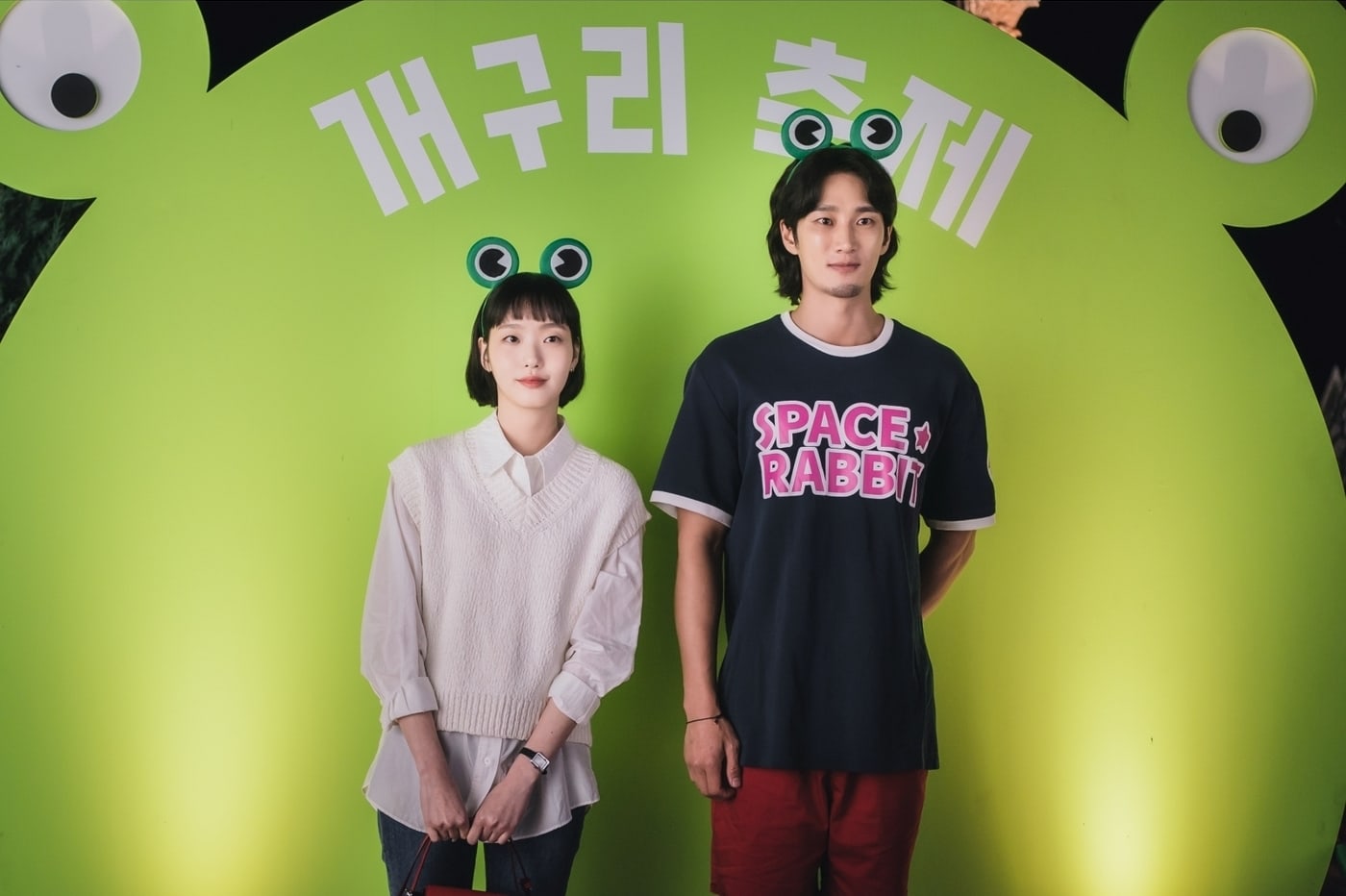 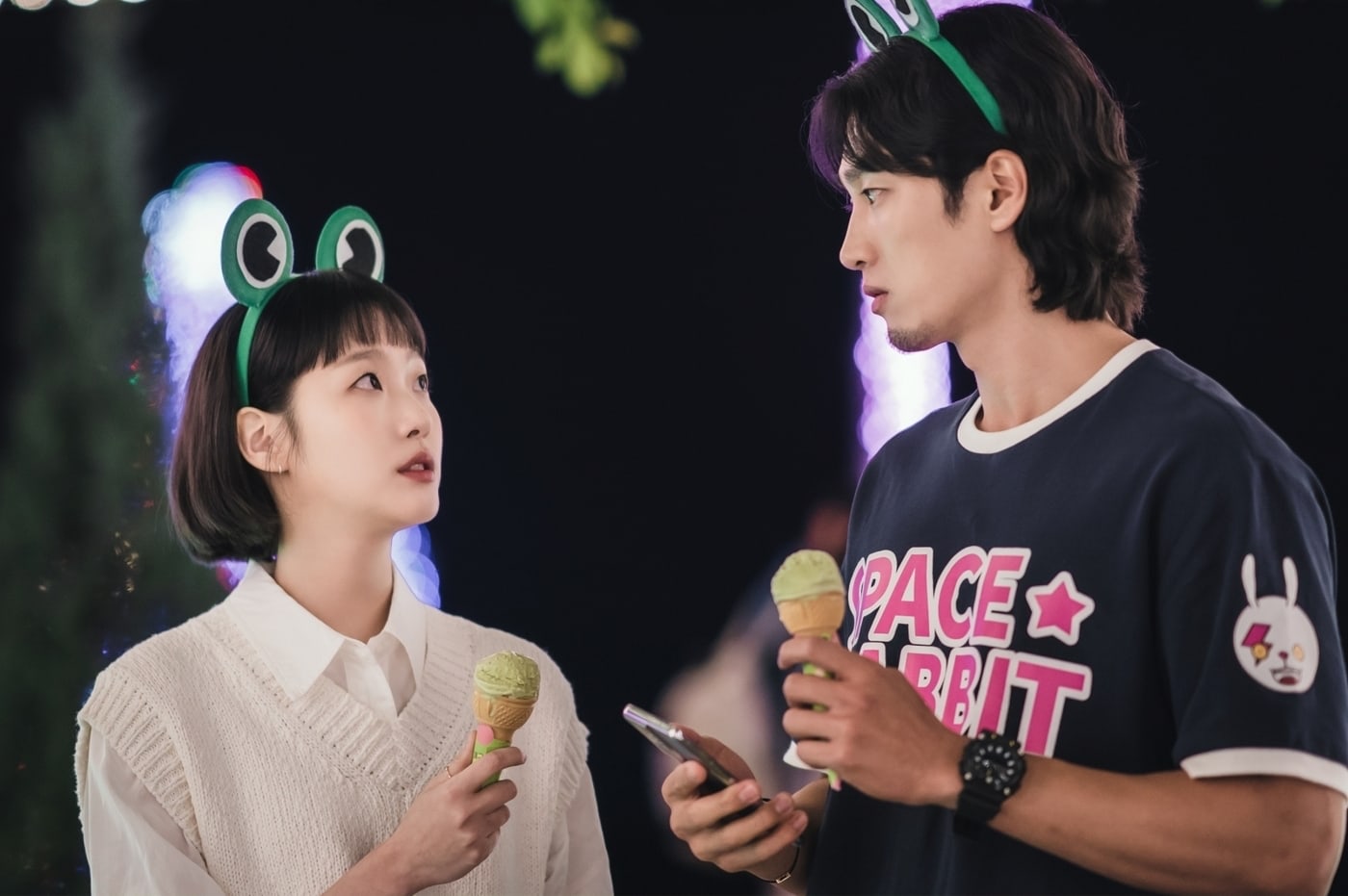 The producers of “Yumi’s Cells” teased, “Goo Woong’s cell village will wind up erupting into just as much chaos as Yumi’s. The cells’ efforts to ‘hard-carry’ their romance is only just beginning.”

They added, “Yumi’s and Goo Woong’s inner thoughts and emotions will be expressed in a diverse variety of ways through their cells. Please keep an eye on the entertaining changes that will take place in their cell villages.”