2PM’s Junho stars as Yi San, the direct descendant and eldest grandson of the king, who will later become King Jeongjo. Lee Se Young stars as Seong Deok Im, a court lady who wants to make her own decisions about life rather than be one of the king’s many women.

The poster captures both the closeness and the distance between these two characters, Yi San and Seong Deok Im, as they begin their court romance while hidden from the eyes of the world. Neither of the characters’ faces appear, and are instead symbolized by their sleeve cuffs, which represent their social positions: the royal navy robes of the eldest son of the crown prince and the red sleeve cuff of a court lady. Although their hands touch, they are not quite hand-in-hand, suggesting that the two are at odds with what they want in life versus what they love. 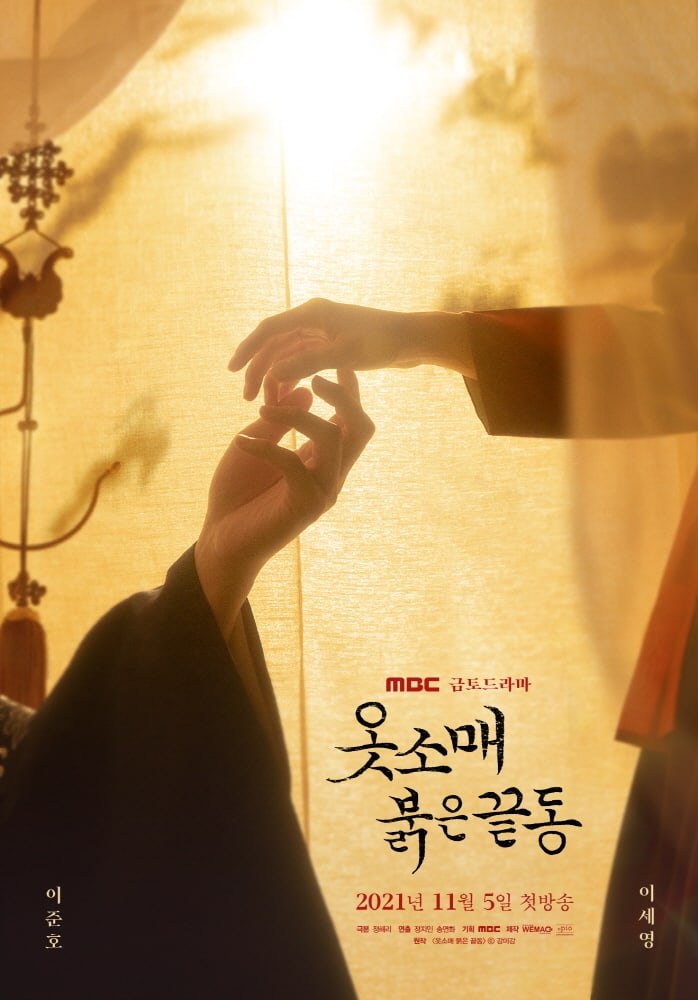