Kim Go Eun’s and Ahn Bo Hyun’s “love cells” will finally meet on the next episode of “Yumi’s Cells”!

Based on the hit webtoon of the same name, “Yumi’s Cells” is a new drama that tells the story of an ordinary office worker named Yumi—from the point of view of the many brain cells in her head controlling her every thought, feeling, and action. Kim Go Eun plays the titular role of Yumi, an ordinary woman who struggles with expressing her feelings, while Ahn Bo Hyun stars as the straightforwardly honest game developer Goo Woong.

On the previous episode of “Yumi’s Cells,” Yumi and Goo Woong’s blind date ended with Yumi being impressed by Goo Woong’s considerate and honest personality, which contrasted with her first impression of him. But due to a buildup of stress, her “Hysterius” cell soon took over her brain, and after her phone shattered in the middle of a text conversation with Goo Woong, she decided that she no longer wanted to be hurt by love anyway and gave up on their budding romance.

However, just when she had set aside all intentions of pursuing a new relationship, Goo Woong suddenly arrived outside her office building with an umbrella, shielding her from the rain in a romantic moment that made viewers’ hearts skip a beat.

In newly released stills from the drama’s upcoming fourth episode, Goo Woong continues to come to Yumi’s rescue. After she passes out in the pouring rain, a drenched Goo Woong carries the unconscious Yumi all the way to the hospital emergency room in a panic. Once she regains consciousness, he nervously approaches her to check whether she’s all right. 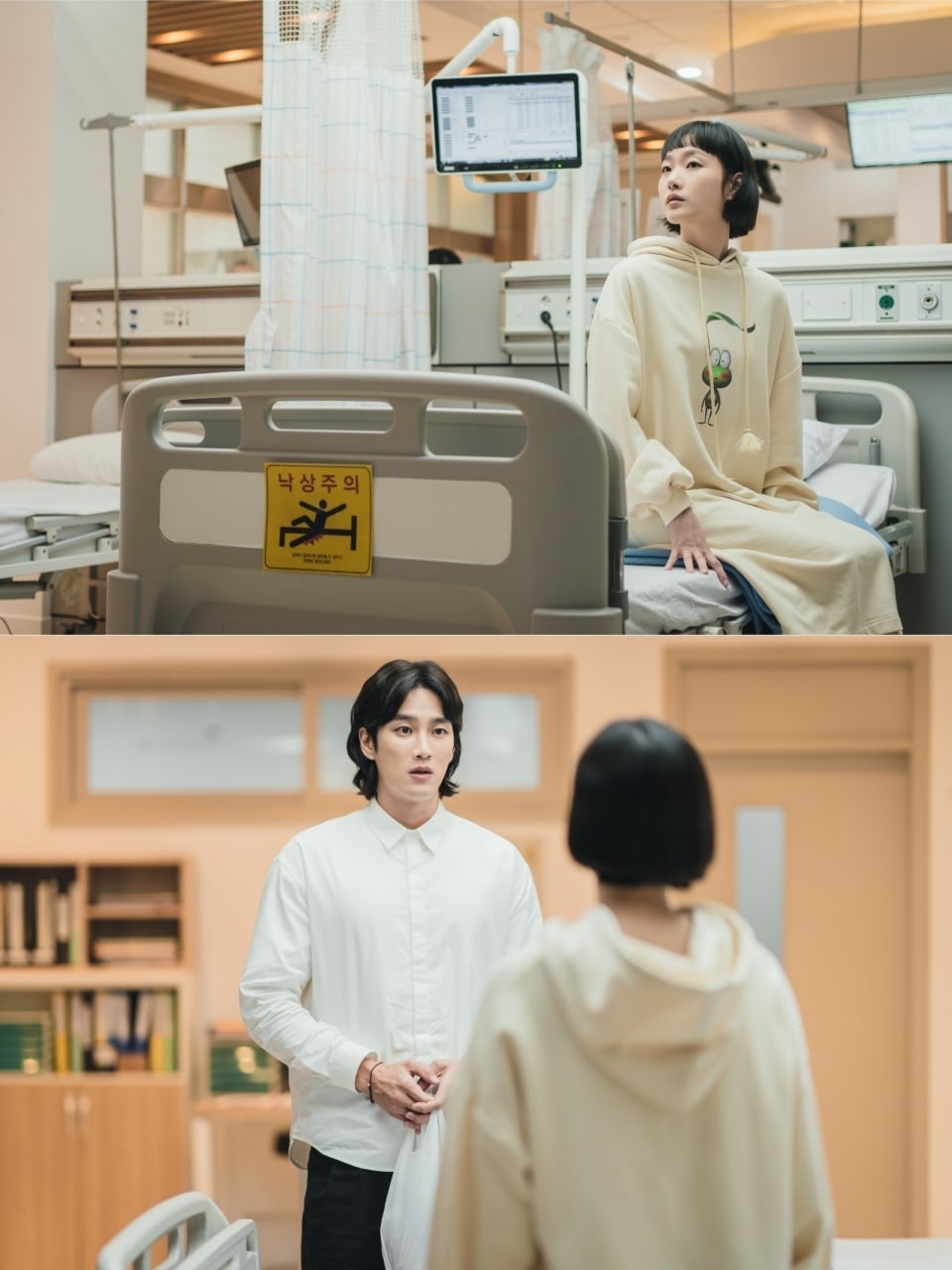 The producers of “Yumi’s Cells” teased, “Due to Goo Woong’s aggressive pursuit of Yumi, new cells will begin to emerge and take the lead. Please look forward to the cell villages overflowing with unexpected and entertaining stories. You’ll also need to keep an eye on the chemistry between Kim Go Eun and Ahn Bo Hyun, which will shine brightly [in the drama’s upcoming episodes].”