On the next episode of “Police University,” Krystal will finally discover the truth of how Jinyoung and Cha Tae Hyun first met!

“Police University” is a KBS drama about the chaotic investigation that ensues when a professor at an elite police university teams up with a student who is a genius hacker. B1A4‘s Jinyoung and f(x)’s Krystal star as university students Kang Sun Ho and Oh Kang Hee, while Cha Tae Hyun stars as passionate detective-turned-professor Yoo Dong Man.

On the previous episode of “Police University,” Oh Kang Hee saved Yoo Dong Man’s life at the hospital. While visiting the professor after his life-threatening car accident, Oh Kang Hee noticed a suspicious individual sneaking into his room while disguised as a nurse, and she caught him in the act of trying to inject Yoo Dong Man with a mysterious substance.

After the would-be killer managed to escape, Oh Kang Hee remained by Yoo Dong Man’s side to guard him—and in the process, she unexpectedly overheard Han Jung Shik (played by Yoo Tae Woong) threatening Kang Sun Ho’s life while talking to Yoo Dong Man, who was pretending to be unconscious.

In newly released stills from the drama’s upcoming episode, Oh Kang Hee makes another shocking discovery when she sees the report left behind by Hang Jung Shik.

After engaging in an intense conversation with her professor, Oh Kang Hee opens the envelope and reads its incriminating contents: the police report that Yoo Dong Man wrote up and eventually threw away when he first booked Kang Sun Ho for hacking into the illegal gambling ring’s bank account. Given the circumstances, Yoo Dong Man finally lets Oh Kang Hee in on the secret story of how they first met when Kang Sun Ho was still in high school. 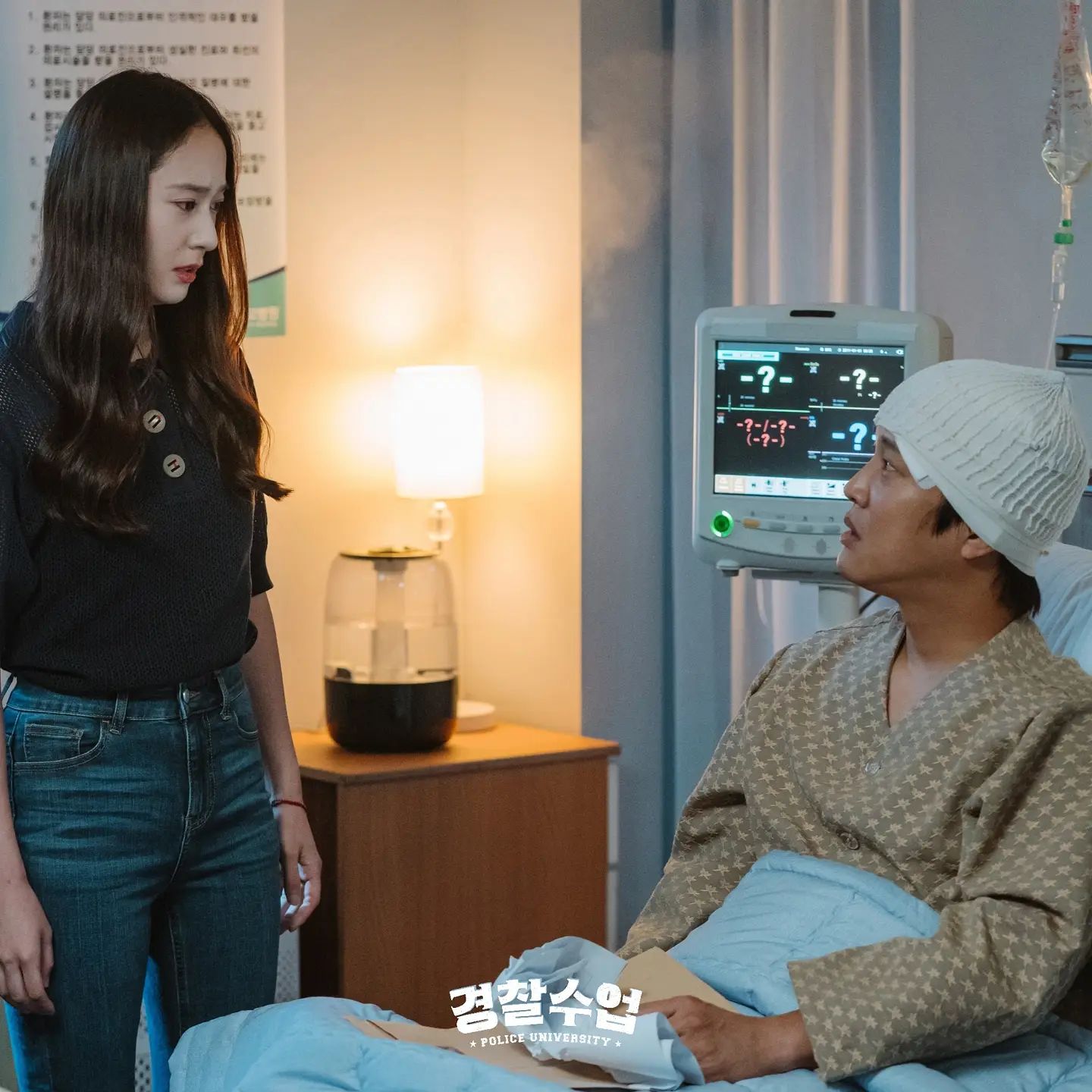 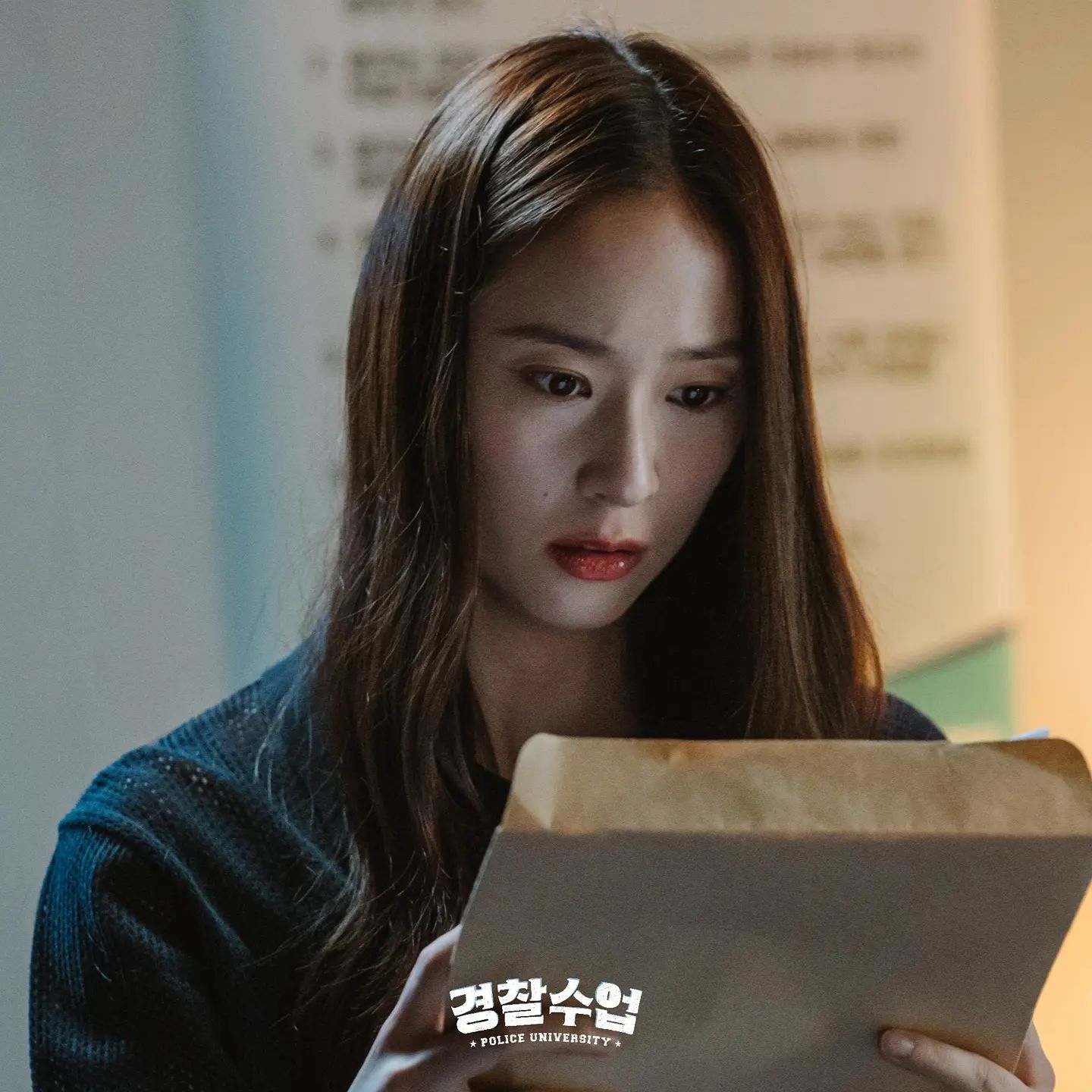 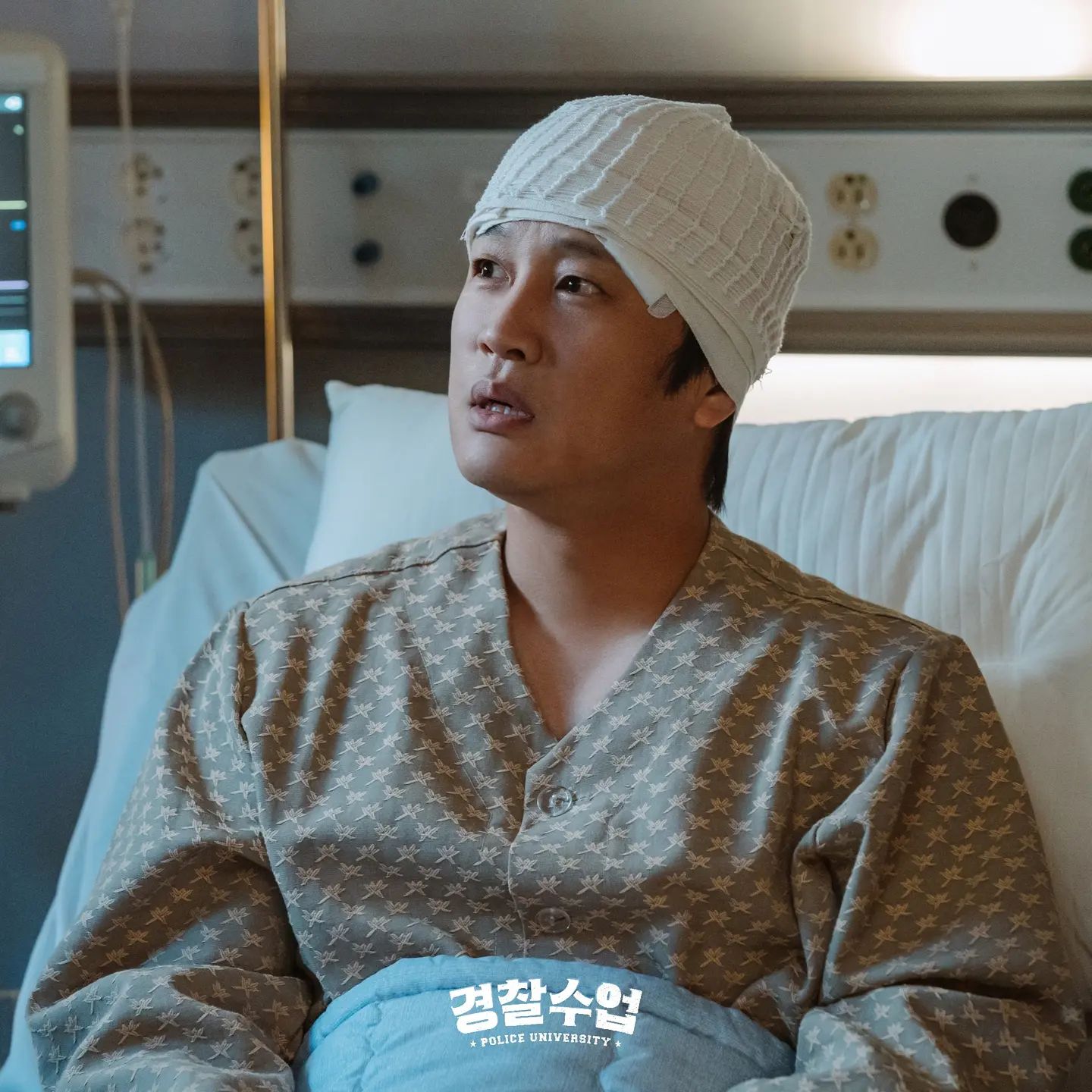 In order to protect Kang Sun Ho, Oh Kang Hee will resort to some unusual measures—but in doing so, she may unintentionally create fissures in the previously ironclad “Kang Investigation Squad.”

The producers of “Police University” teased, “In Episode 13, Oh Kang Hee will struggle on her own to protect Kang Sun Ho, who has fallen into danger. Please keep an eye on what kind of choice Oh Kang Hee, who has always steadfastly raced towards her goals no matter what circumstances arose, will make.”