In the most recent episodes of “Yumi’s Cells,” viewers got lots of butterflies in their stomachs as Goo Woong (Ahn Bo Hyun) continued to court Yumi (Kim Go Eun). We were introduced to some other new cells as well as Woong’s cells, which proved to bring out more laughs and feelings of utter joy – why are they so cute?! The series continues to win viewers over with its unique humor and 3D animation. In this past week’s episodes, it was particularly sweet seeing Woong continually show his love for Yumi. Here are 6 times Ahn Bo Hyun wore his heart on his sleeve in episodes 3 and 4.

When Woong first shows up to his blind date, he’s instantly drawn to Yumi – like love at first sight. He is so smitten by her that his mind draws a blank, and the only thing he can muster up the brain power for is to tell corny jokes.

2. Taking Yumi to a delicious restaurant

Woong and Yumi are having tea, and he doesn’t want the blind date to end. He hears Yumi’s stomach growl, and pretending not to hear, he suggests going to eat dinner.

At dinner, Woong finds it cute that Yumi is eating so much and even orders more for her. This is also one of the first moments that Yumi seems to be opening up her heart to Woong a little bit, and we can totally see why! Woong is completely smitten throughout the whole dinner as he can’t seem to keep his eyes off her, and it is clear that Woong is captivated by Yumi. After dinner, Woong still does not want the date to end, and he suggests going to the frog festival.

3. Texting Yumi as soon as he gets home

After going to the frog festival, Yumi is feeling a bit emotionally down, so she decides to quickly depart and gets on the bus before Woong can even say goodbye. Worrying and wanting to see if she got home safe, Woong sends her a text message shortly after they separate. 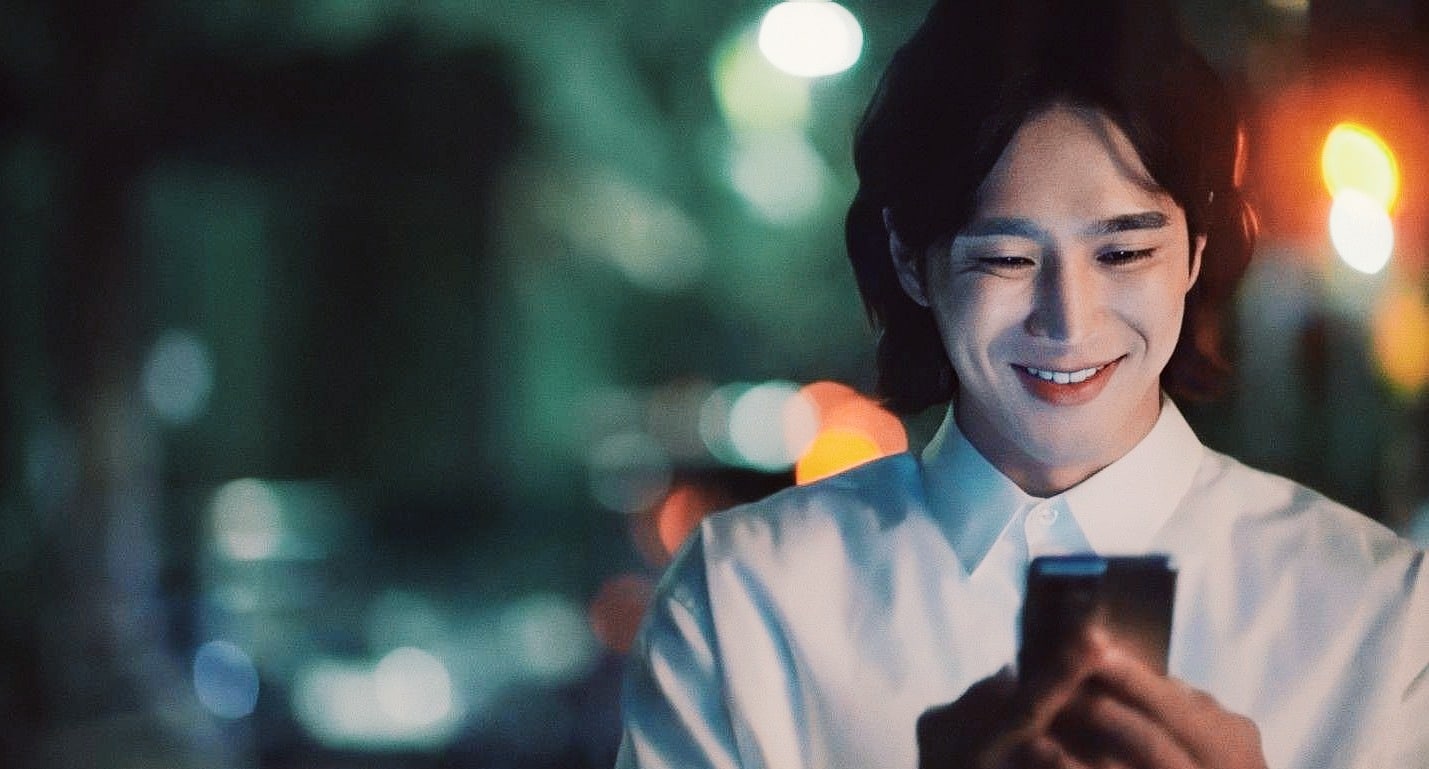 Woong has no intention of playing any games. After Yumi abruptly leaves their date and goes home, Woong messages her. He proceeds to wait for her reply all night and becomes upset when he doesn’t hear from her. Seeing Woong ask everyone he knows about what it means if a girl doesn’t text back was adorable. It’s so obvious that he’s in love with Yumi already.

After Yumi doesn’t respond to Woong’s text message, and he realizes all of his friends are away or sleeping, he goes online to get some advice. He sees that one of the forum users mentions her distaste for facial hair. This completely shocks Woong, and he makes the decision to get rid of his beard.

It is a big deal for Woong to shave his beard. He repeatedly mentions that it took him a lot of time and work to try and maintain the beard, but he gives it almost no hesitation at all when his co-worker tells him that Yumi probably didn’t message him back because of it. Woong is so into Yumi that he is willing to do just about anything to try and win her heart – even if it means shaving off his precious beard.

5. Showing up at Yumi’s work

Yumi is overwhelmed with stress, and after relentlessly getting bothered by coworkers, she decides to go home. Ruby (Lee Yoo Bi) comes chasing after her, pestering her about calling Woong on her behalf so he can come and take care of her. This is the tipping point for Yumi, and she snaps at Ruby, telling her to mind her own business. Yumi is getting wet in the rain when suddenly an umbrella appears above her. 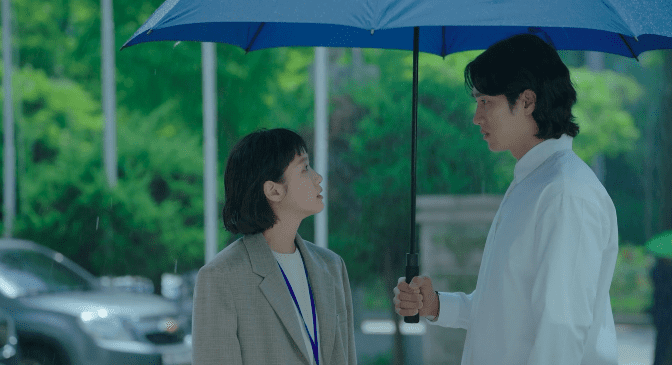 Yumi turns around to see Woong standing there, holding an umbrella over her. She’s shocked and in disbelief as she had not responded to his text message about meeting up that day. He tells Yumi that he wanted to come by to see her regardless.

Seeing Woong show up at Yumi’s lowest point and being that knight in shining armor would make the coldest of hearts melt. He did not listen to the advice of those around him but instead decided to go see her because he wanted to follow his heart. He is able to take Yumi to the hospital and even buys her an adorable sweater dress with a frog on it so that she doesn’t have to wear her wet clothes. It was one of the sweetest scenes in the series so far!

Side note: How cute was it how quickly he brushed off Ruby when she was trying to talk to him?

This kiss couldn’t have come quick enough. Seeing Woong completely entranced with Yumi and wanting to spend any moment he can with her is exactly what we needed to see after seeing her so broken in the previous episodes. He is completely open with his feelings for Yumi.

When Yumi lets Woong drop off the dress, we know that he has realized Yumi may in fact be open to reciprocating his feelings. So when he meets her, he’s quick to show his feelings for her. With Woong, there is no beating around the bush – he wears his heart on his sleeve and is willing to give it his all with Yumi. Also, how amazing was it to see a kiss scene in the fourth episode?!

Hey Soompiers, are you loving “Yumi’s Cells” as much as I am? Let me know in the comments below!

Currently watching: “Hometown Cha-Cha-Cha,” “Yumi’s Cells,” “The Veil,” and “One the Woman”
All-time favorite drama: “Secret Garden” and “Star In My Heart”
Looking forward to: Won Bin‘s return to the small screen