The relationships between the characters of “You Raise Me Up” are just as unique as the drama’s premise!

“You Raise Me Up” is a comedy drama about Do Yong Shik (Yoon Shi Yoon), a man who develops erectile dysfunction in his 30s. When he goes to a urologist for treatment, his doctor happens to be Lee Ru Da (EXID’s Hani), his first love.

In addition to the obvious chemistry between the lead actors Yoon Shi Yoon and Hani, other character combinations have also been contributing to the fun of the show. Here are three pairs of characters that have some of the best chemistry!

Kim Seol Jin first made his appearance as a transgender shaman Do Yong Shik visits to get his fortune told. Do Yong Shik paid the shaman for her services, and it seemed as if Do Yong Shik had simply wanted to get his fortune told out of frustration over his unfortunate situation. But as they spoke, it was revealed that the two were more than just a shaman and her client. They had served in the military together, and Kim Seol Jin’s character became a shaman called Jennifer after she was discharged from the army. But their friendship did not change after this, despite their contrasting personalities. The confident shaman helped the discouraged Do Yong Shik gain courage with her fortunetelling. 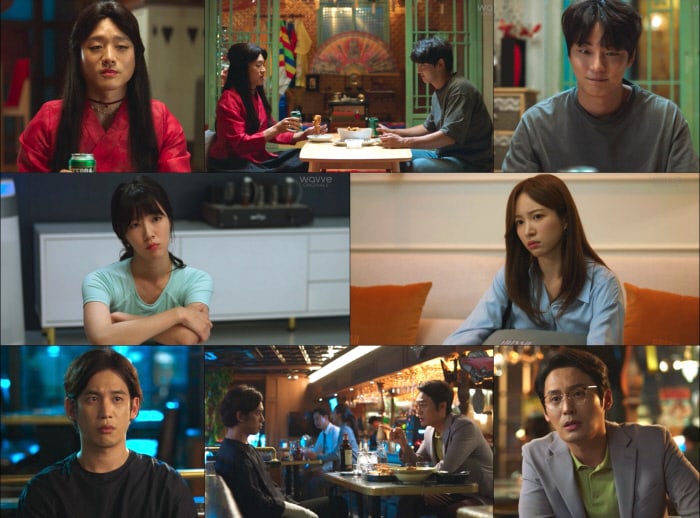 Lee Ru Da’s younger sister Lee Ru Ri (Lee Ji Won) saw right through Lee Ru Da as she agonized about whether she should choose her ex-boyfriend or her first love. She become a love advisor for her older sister and criticized her for what needed to be criticized and provided answers to questions that needed to be answered. At the perfect timing, she bombarded Lee Ru Da with hard truths that ultimately brought Lee Ru Da to her senses and gave her a chance to make up for her past mistakes. Though she almost seemed like a villain with her harsh words, in reality, she was her sister’s biggest advocate, just as a true sister should be.

For a long time, Doctor Jang (Choi Dae Hoon) had watched his junior Do Ji Hyuk (Park Ki Woong) and Lee Ru Da’s relationship from the sidelines. When they broke up, he didn’t think they were really over and wanted them to get back together. When Lee Ru Da complained to him about Do Ji Hyuk, he made light of her complaints, thinking it was just a phase. One day, when Do Ji Hyuk showed up in a state unlike his usual self, he decided to take a more serious stance and advised Do Ji Hyuk to freely express his emotions. He proved he truly cared about both Do Ji Hyuk and Lee Ru Da by sharing the useful advice that even if you end up regretting it, it’s okay to have your emotions come before reason sometimes because that’s the beauty of love.

Watch “You Raise Me Up” with subtitles on Viki below!