New stills preview the happy and amicable atmosphere between Lee Young Kook and Jang Kook Hee (Wang Bit Na), who has been his friend since their college days. Thanks to their longstanding friendship, Lee Young Kook is also quite close with Jang Kook Hee’s older sister Jang Mi Sook (Im Ye Jin).

Previously, Lee Young Kook had opened up to Jang Kook Hee about the sadness he felt regarding the empty space left by his late wife, also asking her to recommend someone who could come live in his house as a tutor during their deep and serious talk. Although Jang Kook Hee told Jang Mi Sook that Lee Young Kook was just a friend, her insistence drew an odd reaction from her older sister.

In the newly released stills, Lee Young Kook flashes a pleased smile, while Jang Kook Hee appears excited as she flaunts a variety of endearing expressions. Amidst the pair’s light-hearted atmosphere, Jang Mi Sook draws viewers’ curiosity as she observes their friendly banter with a guarded look on her face. Although she is able to laugh and smile endlessly while reminiscing the past, she is unable to hide her frustration at a word uttered by her younger sister. 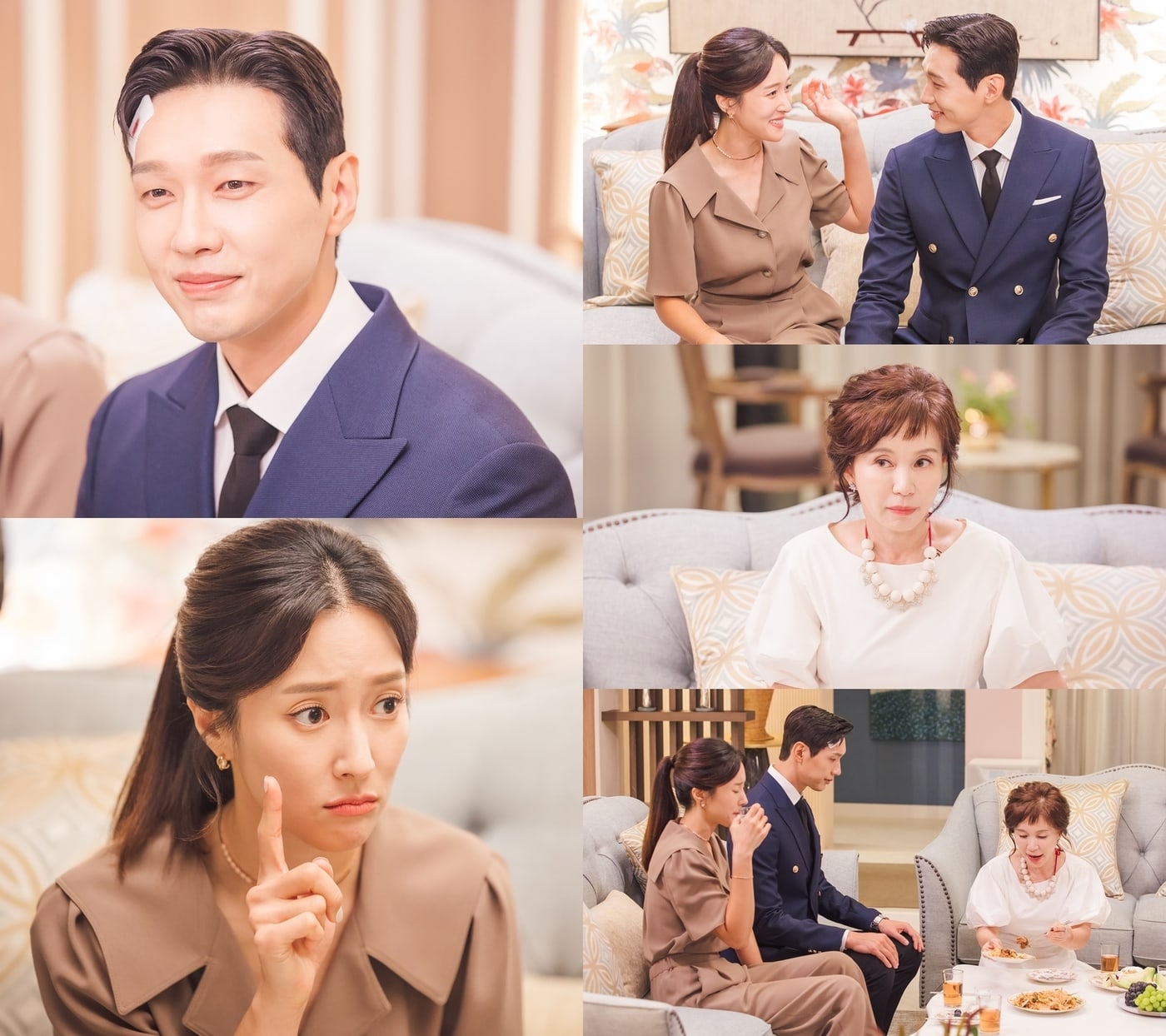 The drama’s producers commented, “Lee Young Kook and Jang Kook Hee are best friends in every way, but because of the odd vibes they give off, they could create confusion surrounding their relationship. Watch the episode to find out the reason behind their meeting with Jang Mi Sook.”

The second episode of “Young Lady and Gentleman” airs on September 26 at 7:55 p.m. KST.