“My Name” will tell the story of Yoon Ji Woo (played by Han So Hee), a woman who joins an organized crime ring and, under their direction, infiltrates the police as an undercover agent in order to uncover the truth behind her father’s death. Ahn Bo Hyun will star as Jeon Pil Do, a police detective who becomes Yoon Ji Woo’s partner when she joins the force.

The newly released group posters create a tense atmosphere with its deep red lighting as a desperate struggle between the Dongcheon gang and the drug investigation unit unfolds. The portrayal of emotions and action by the three leads heightens the suspenseful atmosphere. The texts on the two posters read, “It’s okay even if I become a monster. I’m killing you.”

Yoon Ji Woo throws away her real name to infiltrate the police under the new identity of Oh Hye Jin in order to find the culprit who killed her father. In the poster, Yoon Ji Woo wears a firm and steady gaze which conveys her determination. Park Hee Soon plays the role of Moo Jin, who takes in Yoon Ji Woo under his gang and helps her go undercover with the police. With a weighty expression that’s difficult to read, Moo Jin makes the viewers even more intrigued about his complex character. As Ahn Bo Hyun transforms into the drug investigation team’s detective Jeon Pil Do, he makes his powerful presence known with a sharp gaze. The unique combination of a gang boss, an undercover character, and a police officer has viewers curious to find out more about the unpredictable story and relationships in the upcoming drama. 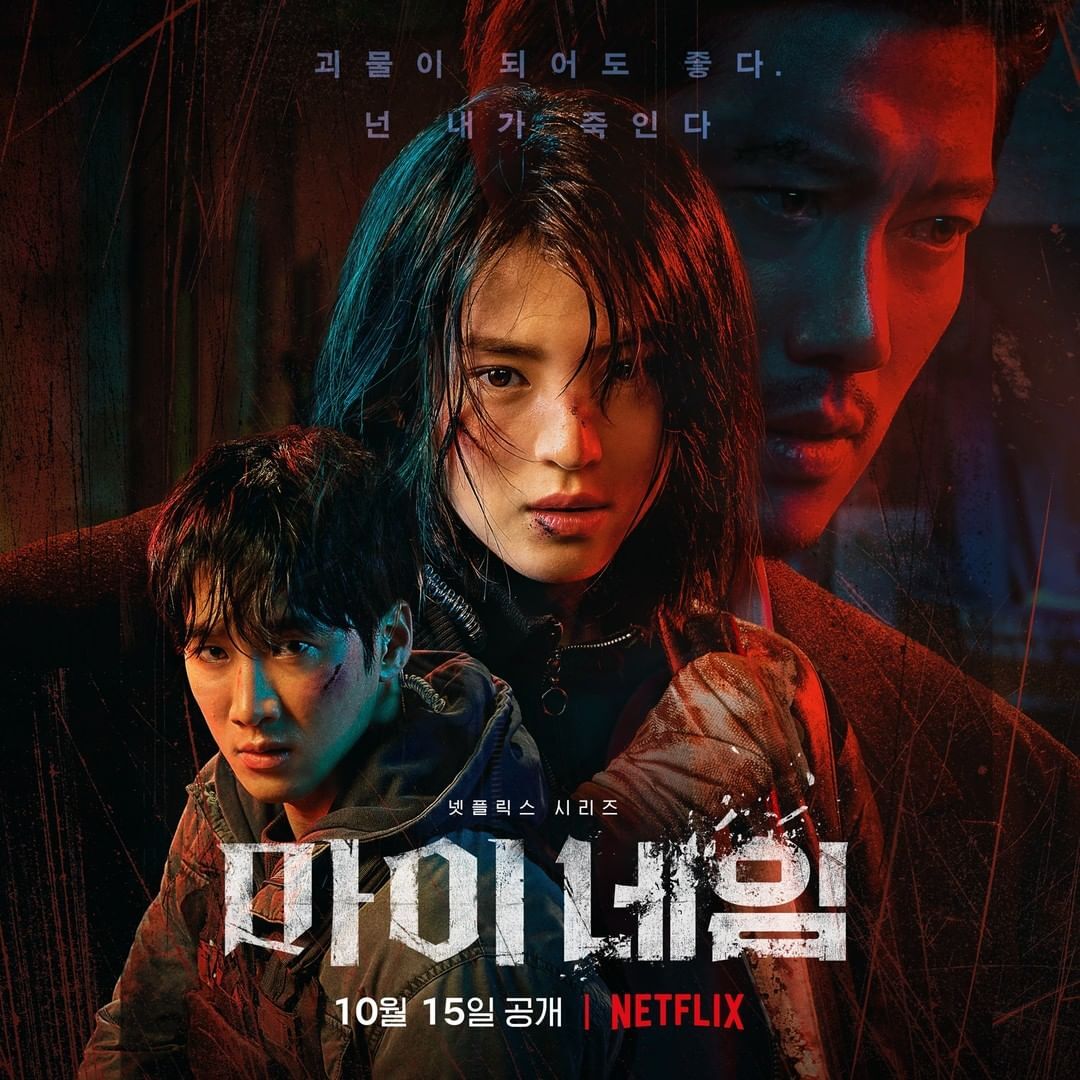 “My Name” will premiere on October 15. In the meantime, watch the highlight clip with English subtitles here!

While you wait for “My Name,” check out Ahn Bo Hyun in his current drama “Yumi’s Cells” with subtitles below:

Ahn Bo Hyun
Park Hee Soon
My Name
Han So Hee
How does this article make you feel?