SBS’s “Lovers of the Red Sky” shared a preview of a sweet moment between Kim Yoo Jung and Ahn Hyo Seop!

Based on a novel, “Lovers of the Red Sky” is a historical fantasy romance drama starring Kim Yoo Jung as Hong Chun Gi, the Joseon Dynasty’s only female painter, who was born blind but miraculously regains her vision, and Ahn Hyo Seop as the blind astrologer Ha Ram, who is able to read the stars despite losing his sight.

On the previous episode, Ha Ram and Hong Chun Gi pretended not to know each other despite their deep connection in the past.

The newly released stills give viewers hope about their blossoming romance. In the photos, Hong Chun Gi is wearing a uniform of the painting bureau. She was both excited and confused about being part of the painting bureau, like her father once had. Fortunately, the new stills show Ha Ram by her side, hinting their meeting at an unexpected place.

In the photos, the two characters are admiring the night sky at Ha Ram’s workplace in the palace. Hong Chun Gi is grinning from ear to ear, and Ha Ram is quietly smiling beside her. This scene will remind viewers of the tender moment in their childhood when Ha Ram helped blind Hong Chun Gi draw the Big Dipper on the ground. Now, 19 years later, Ha Ram is no longer able to see the stars, but their affectionate feelings are still going strong. What kind of conversation did they share during this special moment? 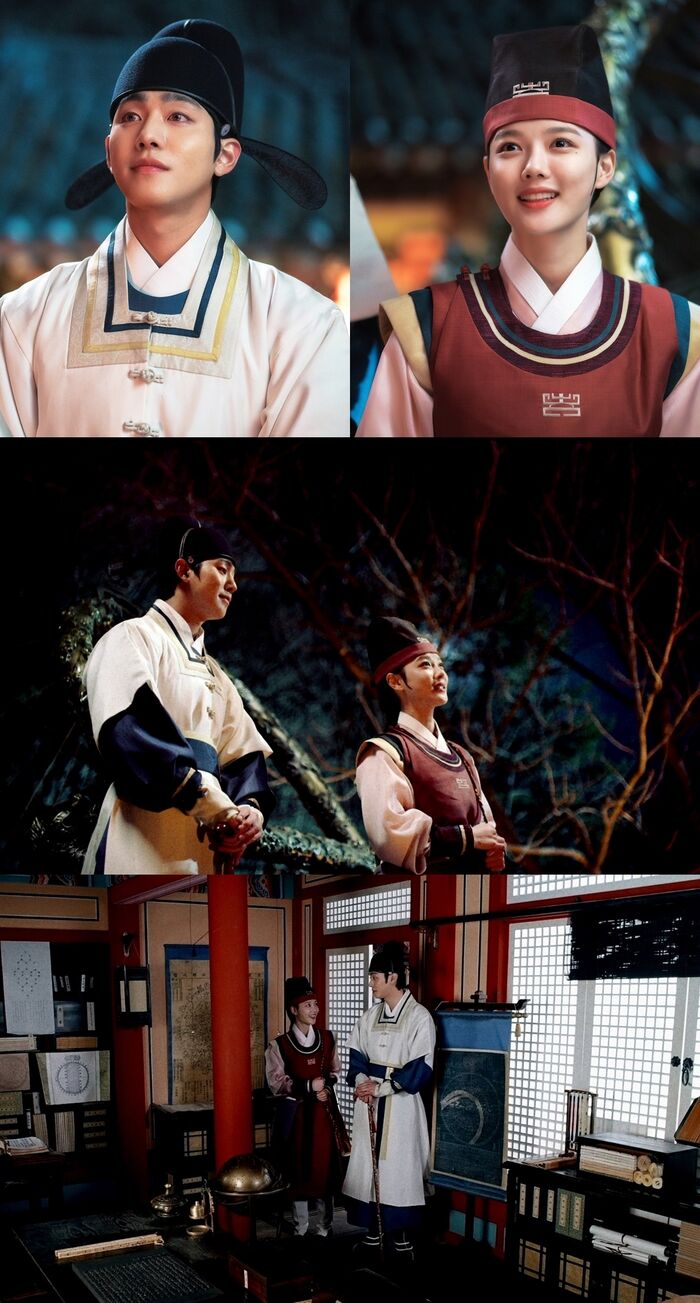