Ahn Hyo Seop and Gong Myung’s growing rivalry will be depicted in the upcoming episode of SBS’s “Lovers of the Red Sky”!

Based on a novel, the historical fantasy romance drama stars Kim Yoo Jung as Hong Chun Gi, the Joseon Dynasty’s only female painter, who was born blind but miraculously regains her vision, and Ahn Hyo Seop as the blind astrologer Ha Ram, who is able to read the stars despite losing his sight.

Towards the end of the previous episode of “Lovers of the Red Sky,” Hong Chun Gi was heading home in the rain when Prince Yangmyeong (Gong Myung) came to her rescue. He noticed that she was having a hard time walking, and after realizing she had a fever, he offered to carry her. Not long after she got on his back, they were interrupted by Ha Ram who blocked their path and insisted she made a promise with him first.

The newly released stills show a tense war of nerves between the prince and astrologer. The two had always been on warm terms, but this time, their gazes are steely and cold. As they discuss Hong Chun Gi, their relationship grows strained. Prince Yangmyeong asks Ha Ram questions, and Ha Ram boldly questions him as well. 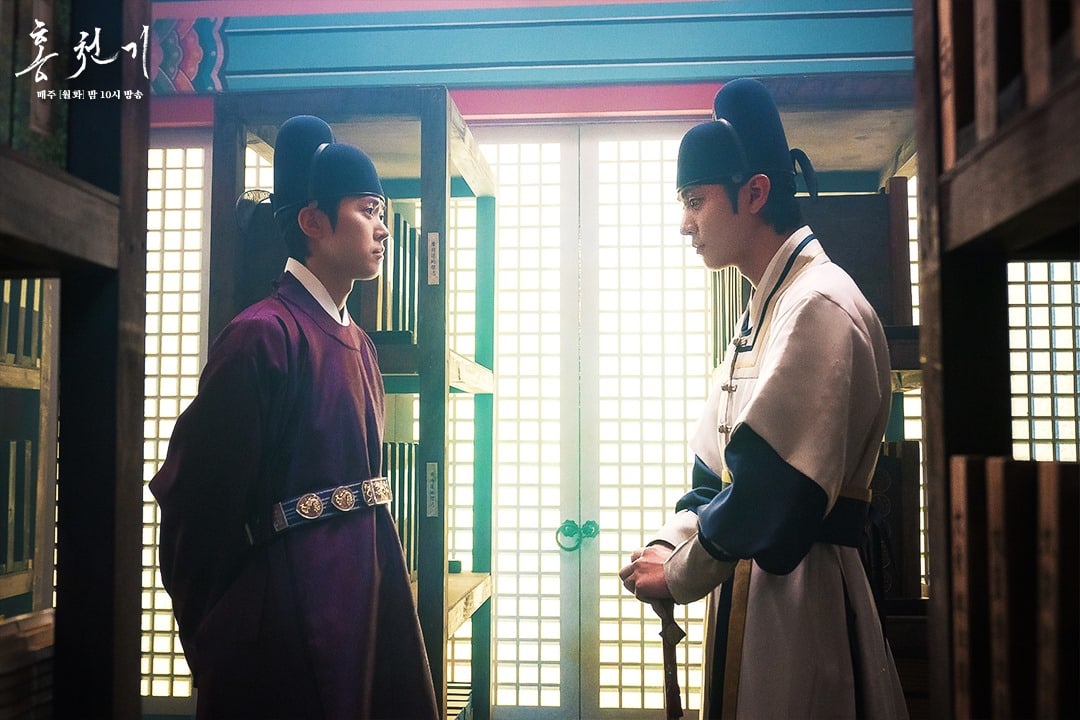 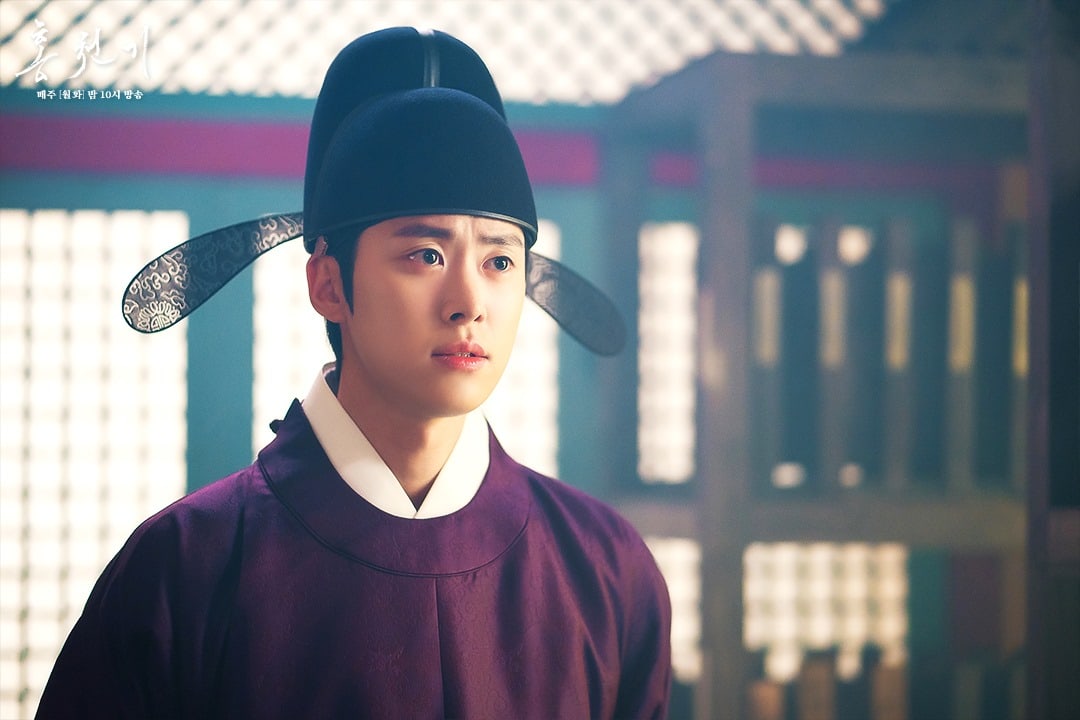 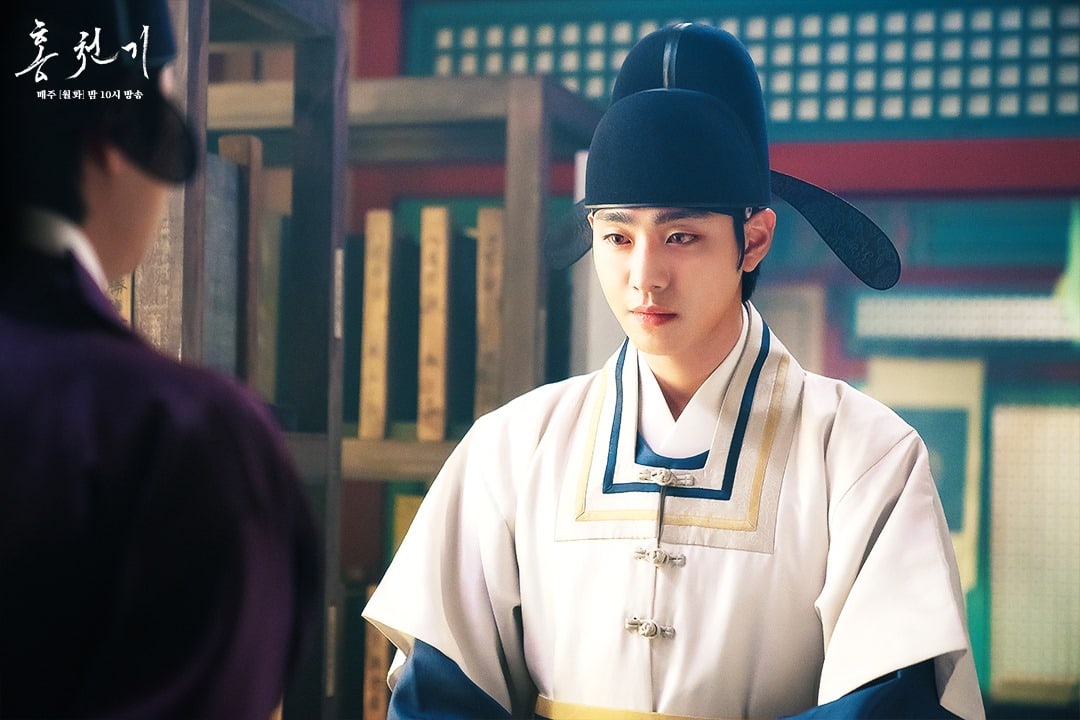 The preview for episode 8 shared a glimpse of the rivalry between Prince Yangmyeong and Ha Ram as they start to fight for Hong Chun GI’s heart. In the upcoming episode, Prince Yangmyeong will get close to Hong Chun Gi, but Ha Ram, who has been struggling to stay away from her, will no longer keep his feelings buried.

Gong Myung
Ahn Hyo Seop
Lovers of the Red Sky
How does this article make you feel?