STAYC Picks Which Current Cultural Standards They’d Like To Change, What Excites Them Most About Adulthood, And More

The newest issue of Cosmopolitan Korea features the lovely ladies of STAYC!

STAYC recently made their comeback with “STEREOTYPE,” which earned them lots of love as well as their first-ever music show win. Leader Sumin shared that a key point to their performances was their half-and-half makeup, explaining, “One side is extravagant and the other half is daily makeup. That’s why Yoon’s hair is cut to three different lengths and Seeun’s hair is dyed in two steps. Our albums also come out in two kinds of concepts!”

Their title track “STEREOTYPE” shares the message of not judging others based on what’s seen on the outside. The members each shared a personal experience with stereotypes, with Sumin commenting, “People around me think I have a cold image so they can’t approach me easily. However, I originally have a very bright personality. Someone I eventually became friends with once told me, ‘You know how to laugh.’ I almost felt hurt, but I also thought it was a relief.”

Sieun agreed, saying, “I have a similar experience. Once I become close with my friends, they say I’m more easygoing than they thought.” Yoon added with a laugh, “People who see me for the first time never think that I’m 18 years old [in Korean age].”

J shared, “When I was a trainee and even now, I often heard from my friends, ‘I’m struggling with my studies right now but you’re lucky because you’ve already found a job.’ Although they’re right, since it appears so extravagant, I think they’re unaware of the hardships of this job. My younger sibling sometimes says, ‘I want to go on TV too,’ and it worries me at times, as they are six years younger than me.”

Seeun talked about an experience at school, saying, “During class, we had to get into groups and do our homework, but we got into an argument while dividing roles. Since everyone has strengths and weaknesses, we thought we divided it efficiently, but one friend wanted to do another role. I began to think that while working in a team, it’s also a stereotype that each member must only do the role they are good at.”

Isa commented, “I have two, and like Sumin or Sieun, when I’m staying still, I often hear that I look scary. In high school, I transferred a lot so I attended three different schools. Every time I transferred, I remember practicing a bright smile. The other one is the phrase, ‘You can’t because you’re too young,'” which her fellow members also agreed with. 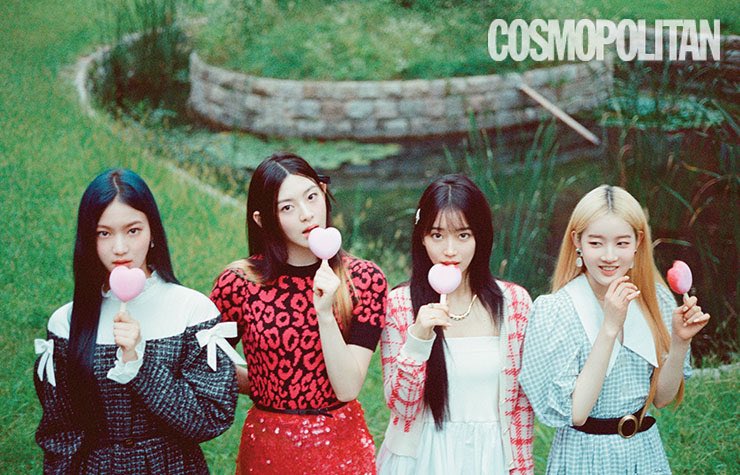 Because their group name is short for “Star To A Young Culture,” STAYC was asked what part of today’s culture they would like to change to bring positive influence upon current youth.

Sumin shared, “This is something I felt a lot while attending school, but even in the cold winter, female students wear uniform skirts. I remember that being so hard. These days, I see that changing a lot. There are also lots of schools that don’t regulate hairstyles.”

As half of STAYC are still underage, the youngest members were asked what they’d like to do once they turn 20 years old [the age of majority in Korean age]. Seeun replied, “I want to listen to songs on streaming sites that I couldn’t listen to because you have to prove you’re an adult. Also, when I enter the movie theater, I want to show my identification card rather than my student card.”

Yoon shared with a laugh, “The PC room. Due to the shutdown law, those who are underage can’t enter past 10-11 p.m. When I become an adult, I have a dream of playing games until 5 a.m.”

J answered, “I want to drink with my mom and dad. My parents often order midnight snacks to drink with and I always pick at snacks next to them. I’m curious what it will be like to drink with all three of us.” 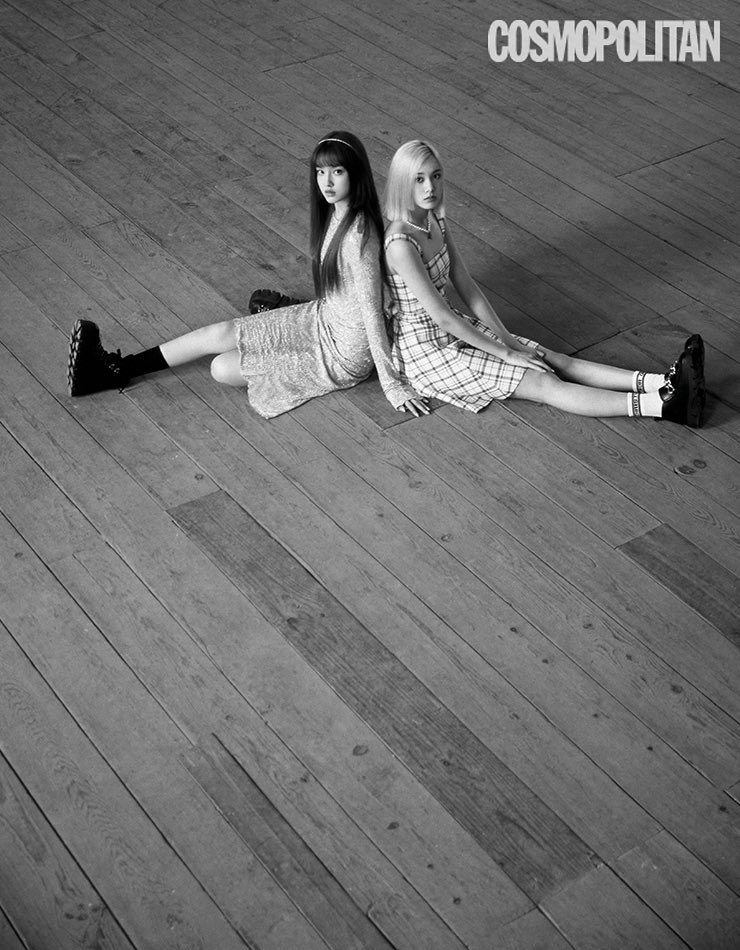 The three oldest members then shared what’s changed since becoming adults. Sieun commented, “I think I’ve gotten more time to reflect upon and explore myself. Up until I was an adult, I was busy chasing my dream. But these days, I’m discovering new sides to myself that I was unaware of and am thinking about what my true image is.”

Isa shared a similar answer, saying, “I think I’ve learned more about what kind of person I am. I also ask myself what it is that I want to keep doing in the future.”

Sumin responded, “I became an adult as I was beginning my promotions as STAYC’s leader. By nature, there were a lot of times I would think and try to take responsibility by myself, but I realized that just because I did that, didn’t mean it always worked. Rather than struggle on my own, I learned that I had to talk with others to resolve it.”

When asked what moments bring them the most joy these days, Sumin answered, “There are a lot of moments like that when I’m with my members, but especially after our showcase when we comforted and encouraged each other. That’s when I thought, ‘This is why I’m a singer and why I’m promoting in a team.'”

Sieun picked simple conversations with fans and explained, “Our fans are really far away from us and they may not know a lot about Park Sieun as a person, but they ask how we’re doing or leave messages of support on our fan cafe, day and night. It’s nothing special but little comments like, ‘Make sure you eat,’ and ‘Did you sleep well?’ give me lots of strength.”

Yoon shared, “Writing letters really isn’t easy but when I read all the letters we keep getting sent, I feel so thankful.” J added, “Whenever I’m having a hard time, I look at my members and think, ‘I’m not the only one who’s struggling.’ I think the members are each other’s support so we’re leaning on one another.”

Seeun commented, “Whenever we’re done promotions, we always order something really yummy and eat it altogether. Even though there isn’t an important topic, everything we say is so fun. Just being together makes me happy.”

Isa shared, “There are times when I hear from my family members or acquaintances, ‘Someone really likes STAYC.’ When I think, ‘With what kind of influence did we get this person to like us?’ it’s fascinating and I get curious.” 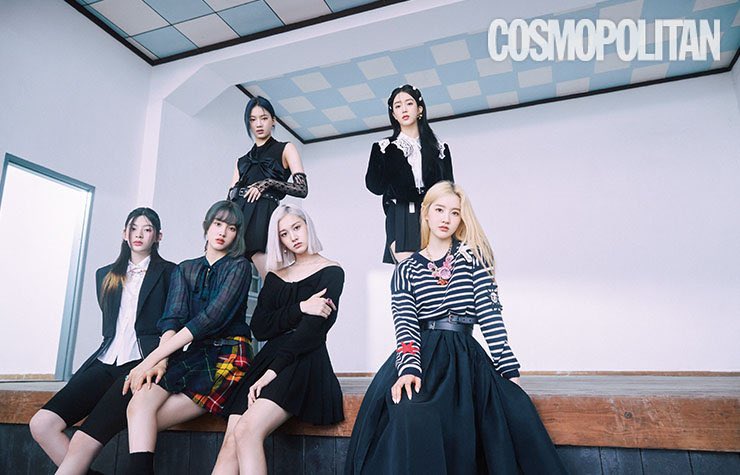 On November 12, STAYC will celebrate their first debut anniversary. Regarding how they’d like to celebrate, Seeun replied with a laugh, “I want to have a snack party.” Sumin answered, “Going on vacation together without having any work? Even if it’s just one day.” She then added, “November 12 is STAYC’s red day!” which is what national holidays are called in Korea.

Cosmopolitan
STAYC
How does this article make you feel?