In last week’s broadcast, Jin Mu Hak and Kim Dal Li had a dream-like meeting in the Netherlands, but they had a less-than-ideal reunion at the Cheongsong Art Gallery. Furthermore, it was implied that Kim Dal Li was the one who had borrowed 2 billion won (approximately $1.68 million) from Jin Mu Hak, raising questions about their future relationship.

The new stills depict Jin Mu Hak and Kim Dal Li visiting a department store together. Kim Dal Li gets surprised after spotting someone and hides behind Kim Mu Hak’s back. She uses her bag to cover her face in hopes of becoming invisible, making viewers curious about what incident could have occurred. 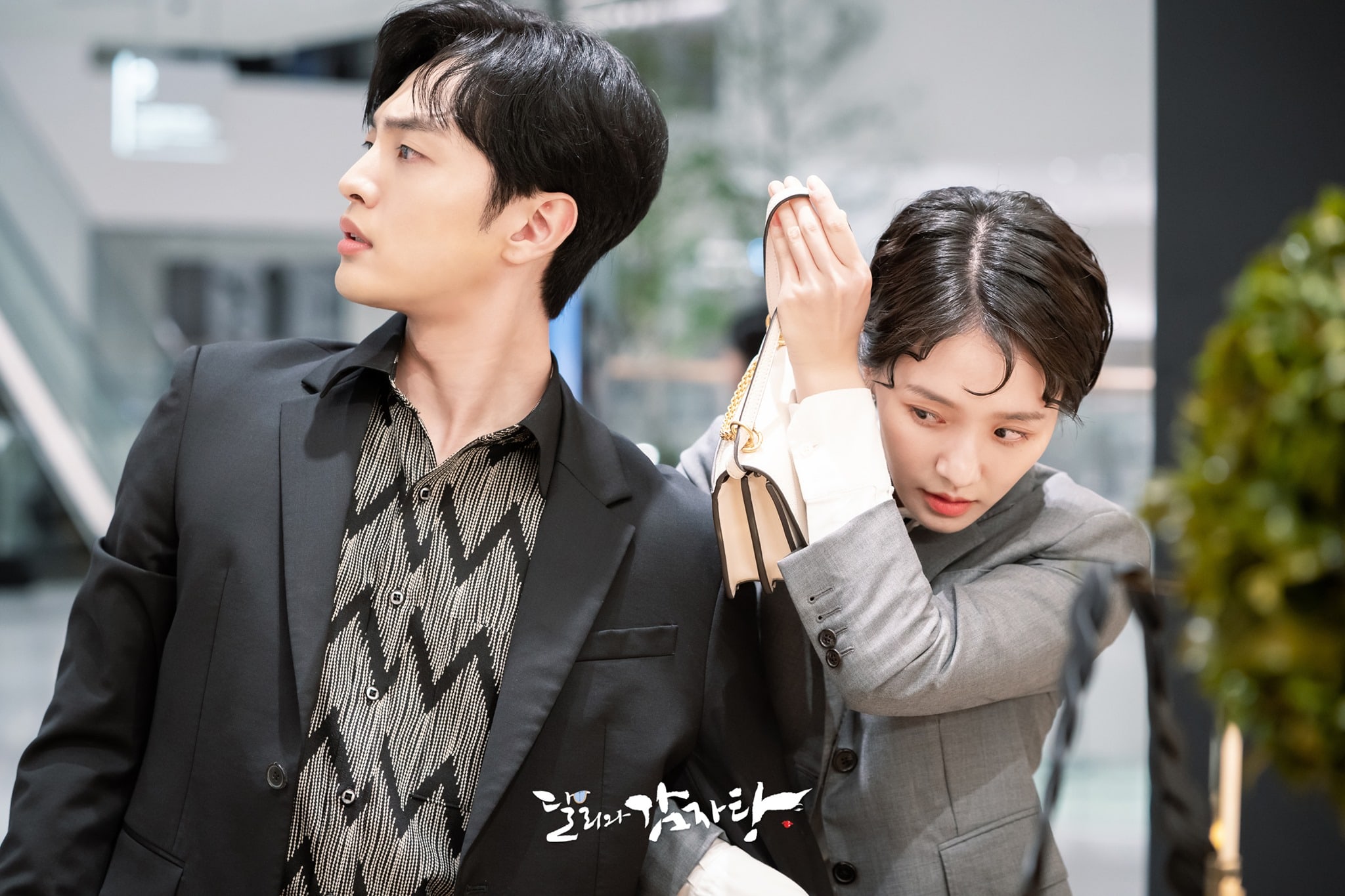 Despite being momentarily taken aback by Kim Dal Li’s actions, Jin Mu Hak glares extremely warily at the figure who has made Kim Dal Li uncomfortable. Jin Mu Hak appears furious on the outside, but his actions show nothing but affectionate concern for Kim Dal Li. 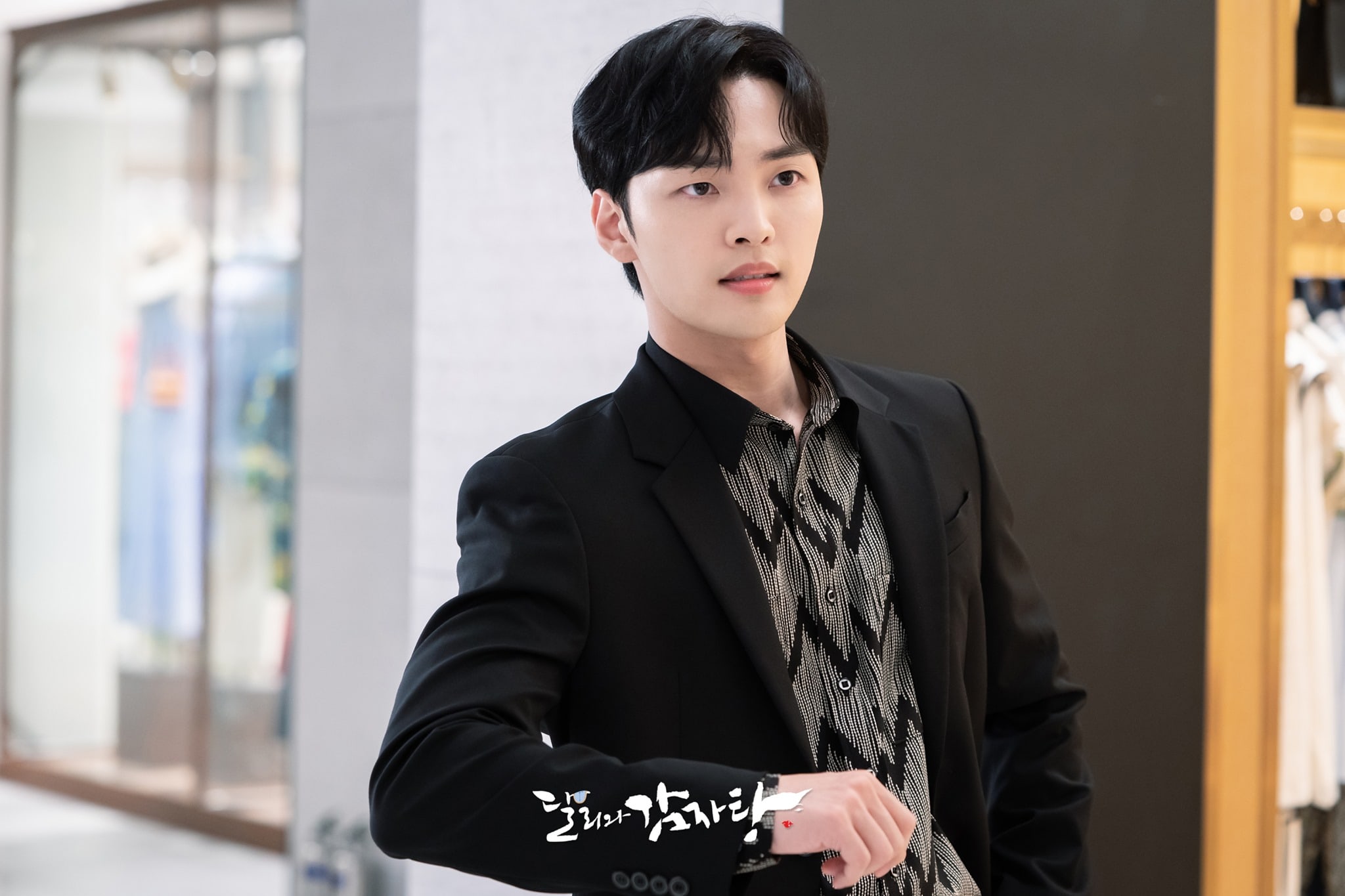 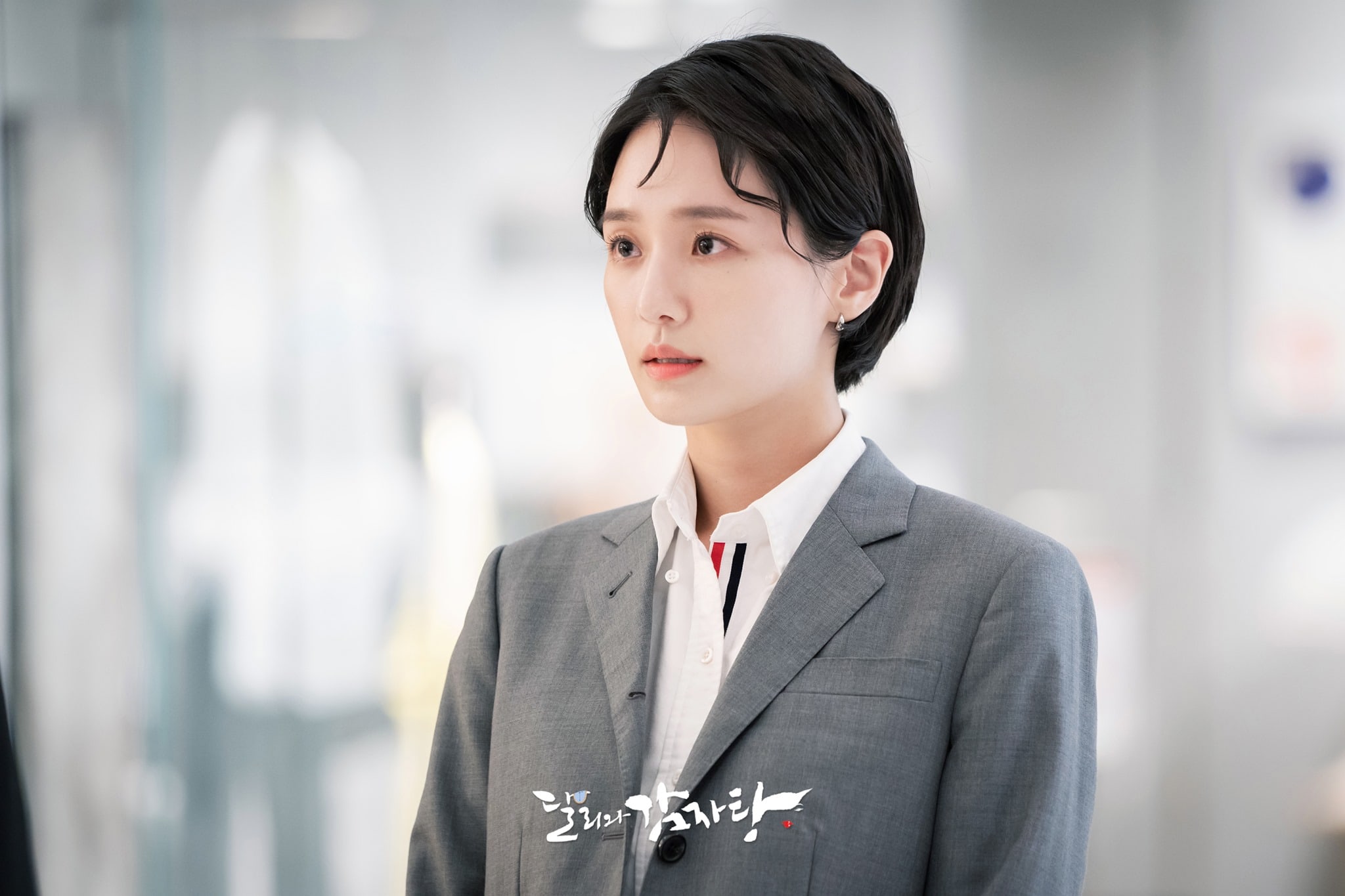 Another image captures a sweey moment between the two as Kim Dal Li links her arm with Jin Mu Hak’s, using him as a wall to cover herself while sneaking away. Although they seem somewhat awkward, Jin Mu Hak and Kim Dal Li make viewers smile with their unique relationship. 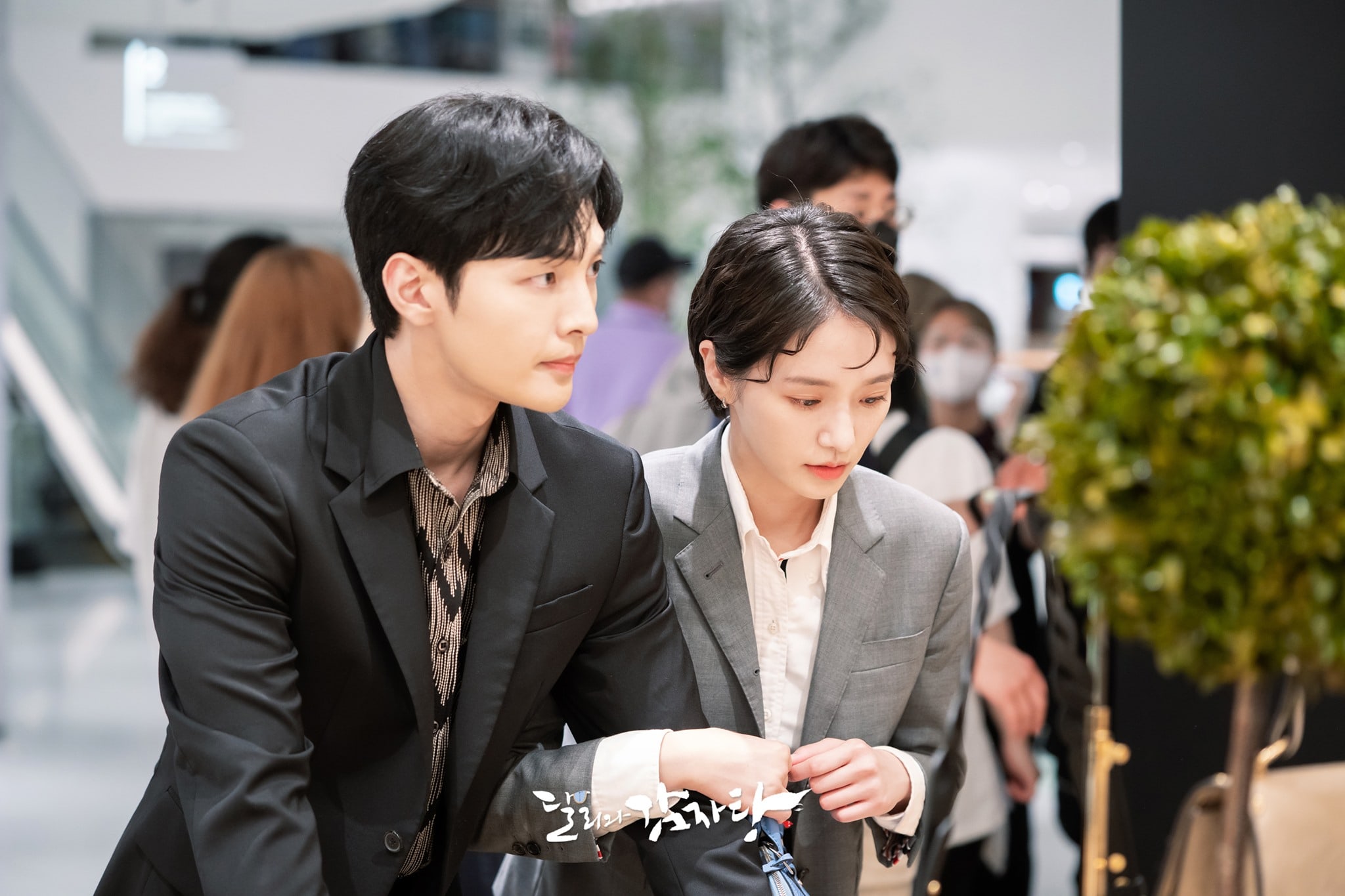 The production team commented, “An unexpected accident occurs in front of Mu Hak and Dal Li, and they gradually become closer to one another through this. Their clashing chemistry will begin for real, so please check it out through the broadcast.”