The Top 5 Viki K-Dramas Of The Month

Highly-anticipated K-dramas “Yumi’s Cells” and “Lovers of the Red Sky” finally got rolling this month! Which one has been your favorite? Or maybe a different drama will better suit your tastes? Read on for the top five dramas on Viki this month: 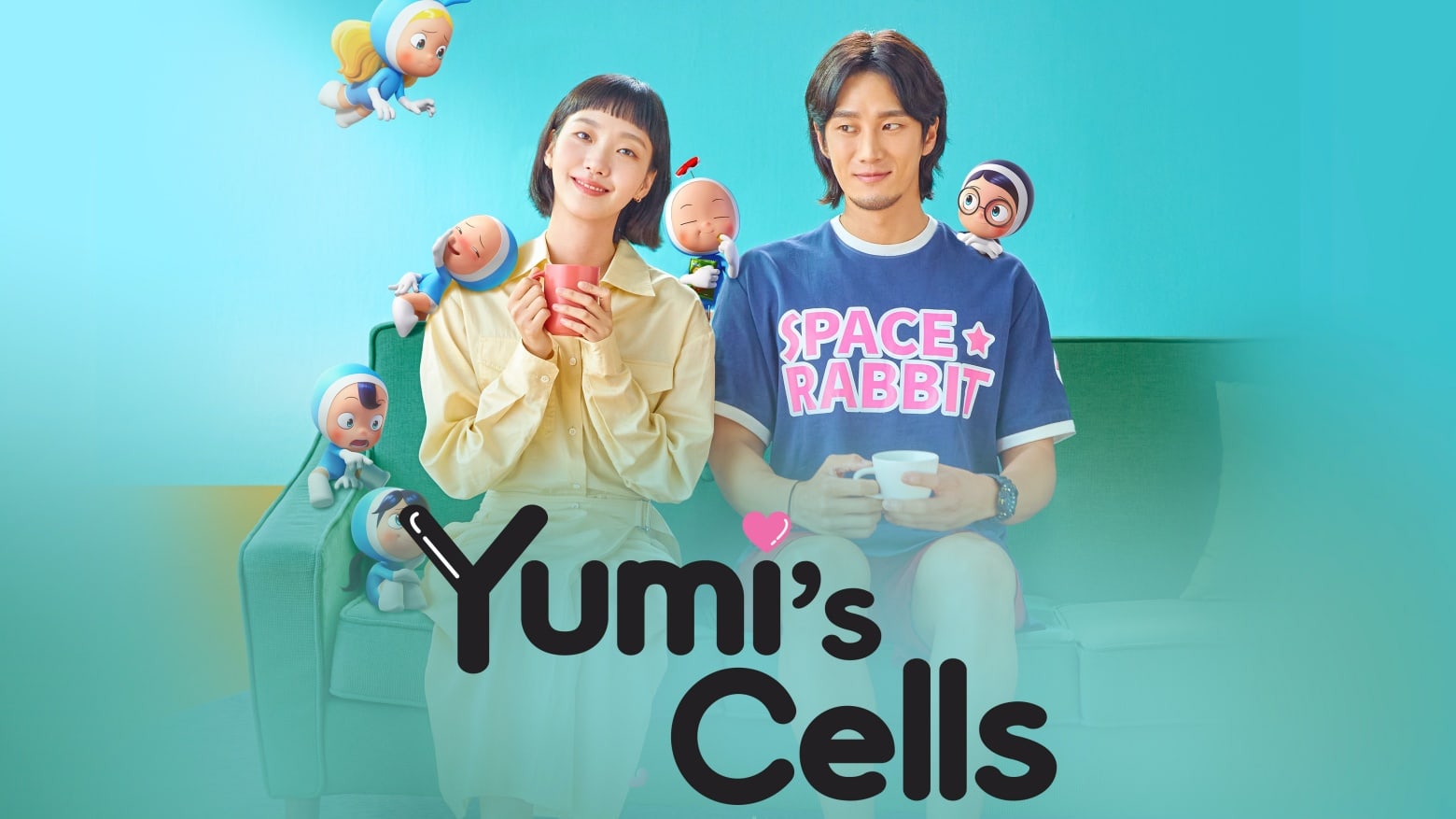 Based on the hit webtoon of the same name, “Yumi’s Cells” tells the story of an ordinary office worker named Yumi—from the point of view of the many brain cells in her head controlling her every thought, feeling, and action. Kim Go Eun plays the titular role of Yumi, an ordinary woman who struggles with expressing her feelings, while Ahn Bo Hyun stars as the straightforwardly honest game developer Goo Woong. Yumi goes through a painful breakup that forces her love cell to go into hibernation mode, but her love cell is brought back to life when she meets Goo Woong, who also finds himself falling for Yumi. Will Yumi’s and Goo Woong’s love cells bring them together forever?

Meet all of the adorable animated cells in “Yumi’s Cells”: 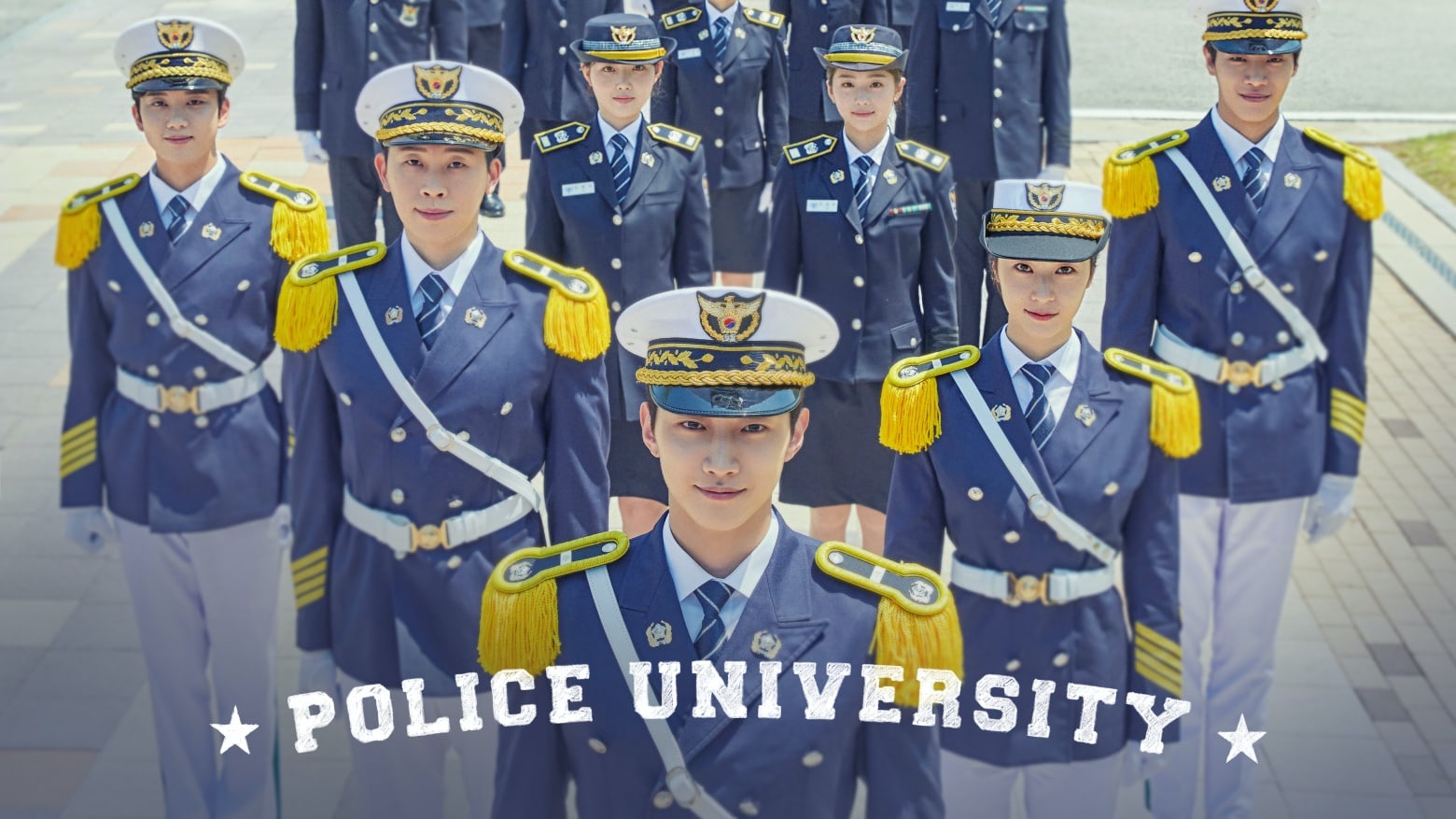 The KBS drama is about the chaotic investigation that ensues when the passionate detective-turned-professor Yoo Dong Man (Cha Tae Hyun) of an elite police university teams up with his students. The high schooler Kang Sun Ho (B1A4’s Jinyoung), who is also a genius hacker, falls in love with the headstrong Oh Kang Hee (Krystal) one day and decides to follow her into her dream college, the Police University. When he successfully makes it in, his professor turns out to be none other than Yoo Dong Man, a familiar detective from his recent hacking misdemeanor. Faced with serious cases to solve, they must put their differences aside and work together in harmony.

Follow the passionate lives of the aspiring police officers in “Police University”: 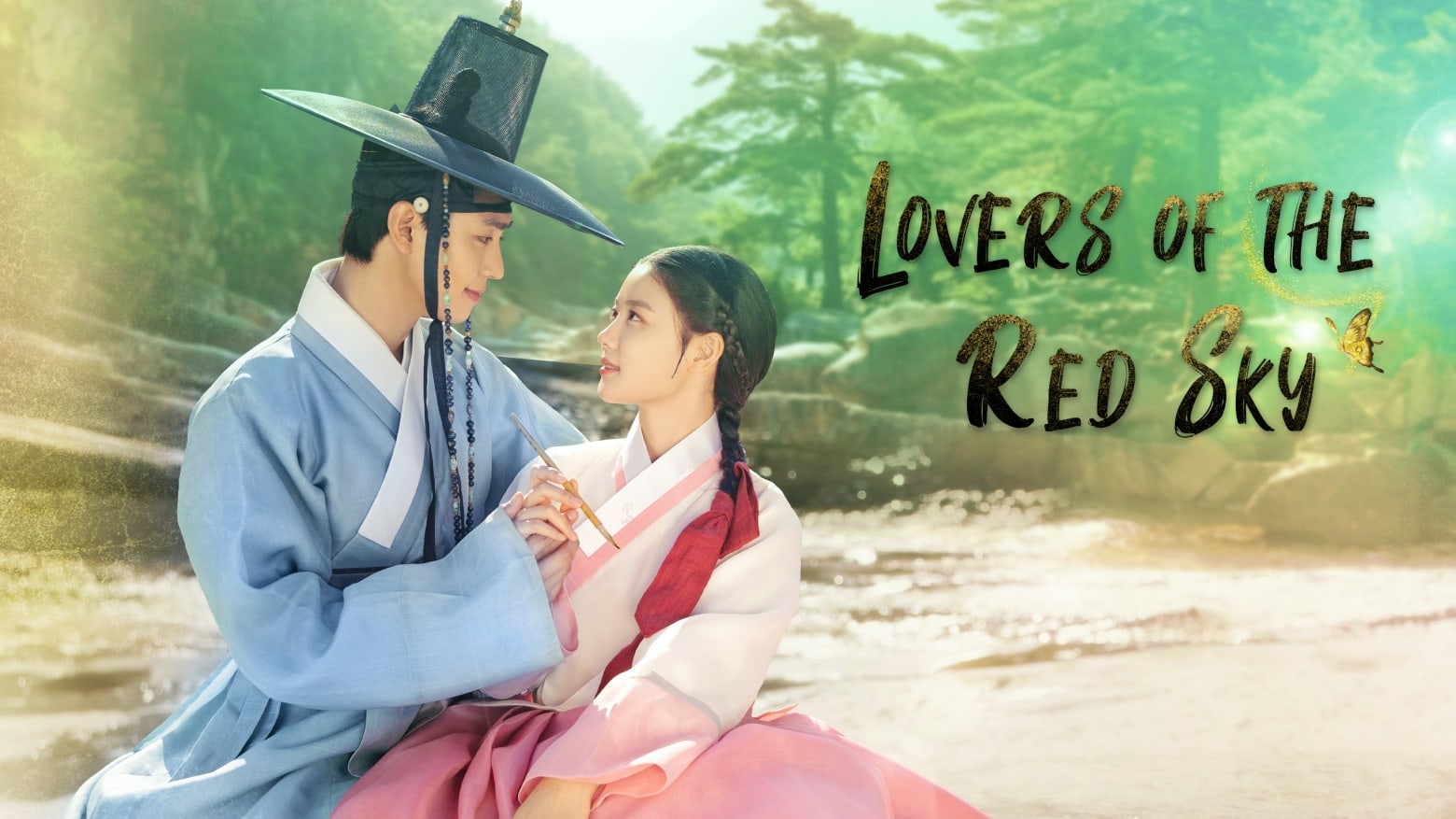 This historical fantasy romance drama stars Kim Yoo Jung as Hong Chun Gi, Joseon Dynasty’s only female painter who was born blind but miraculously regains her vision, and Ahn Hyo Seop as the blind astrologer Ha Ram, who is able to read the stars despite losing his sight. The deity Ma Wang, who is tied to the reason the characters gained their respective sight and blindness, continues to haunt them to this day. Nonetheless, Hong Chun Gi falls in love with Ha Ram and tries to win his heart. Also stepping into the picture is the free-spirited Prince Yangmyeong (Gong Myung), who is captivated by Hong Chun Gi’s artistic talent and bold charms.

Indulge in the rich mixture of sageuk and fantasy that is “Lovers of the Red Sky”: 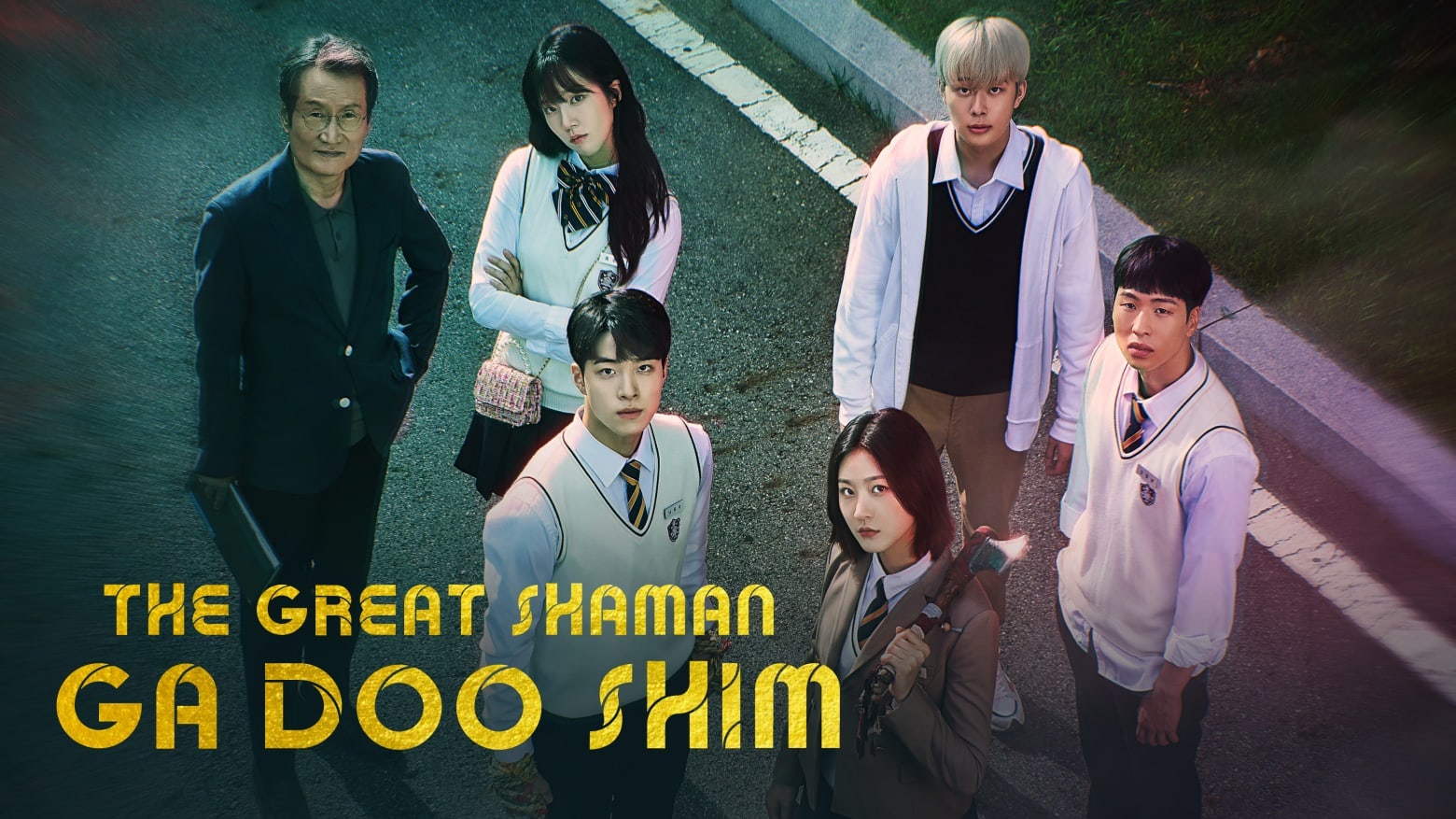 Kim Sae Ron takes the titular role of Ga Doo Shim, a teenager with supernatural abilities who just wants to be an ordinary high school student and escape her fate of becoming a shaman. She transfers to the prestigious Songyoung High School, where Na Woo Soo (Nam Da Reum) is the school’s “golden boy” who comes from a wealthy family, is outstandingly handsome, and is every teacher’s favorite student.

Things take a scary turn when the student with the lowest grades in their class is found dead in what turns out to have had a supernatural cause. What’s more, Na Woo Soo finds that he’s gained the ability to see ghosts after meeting Ga Doo Shim. The two high schoolers combine their powers to battle the evil spirits taking over the school, all the while discovering something special blossoming between them.

Join the ghost-busting teens in the spooky fantasy romance drama:

“You Raise Me Up” 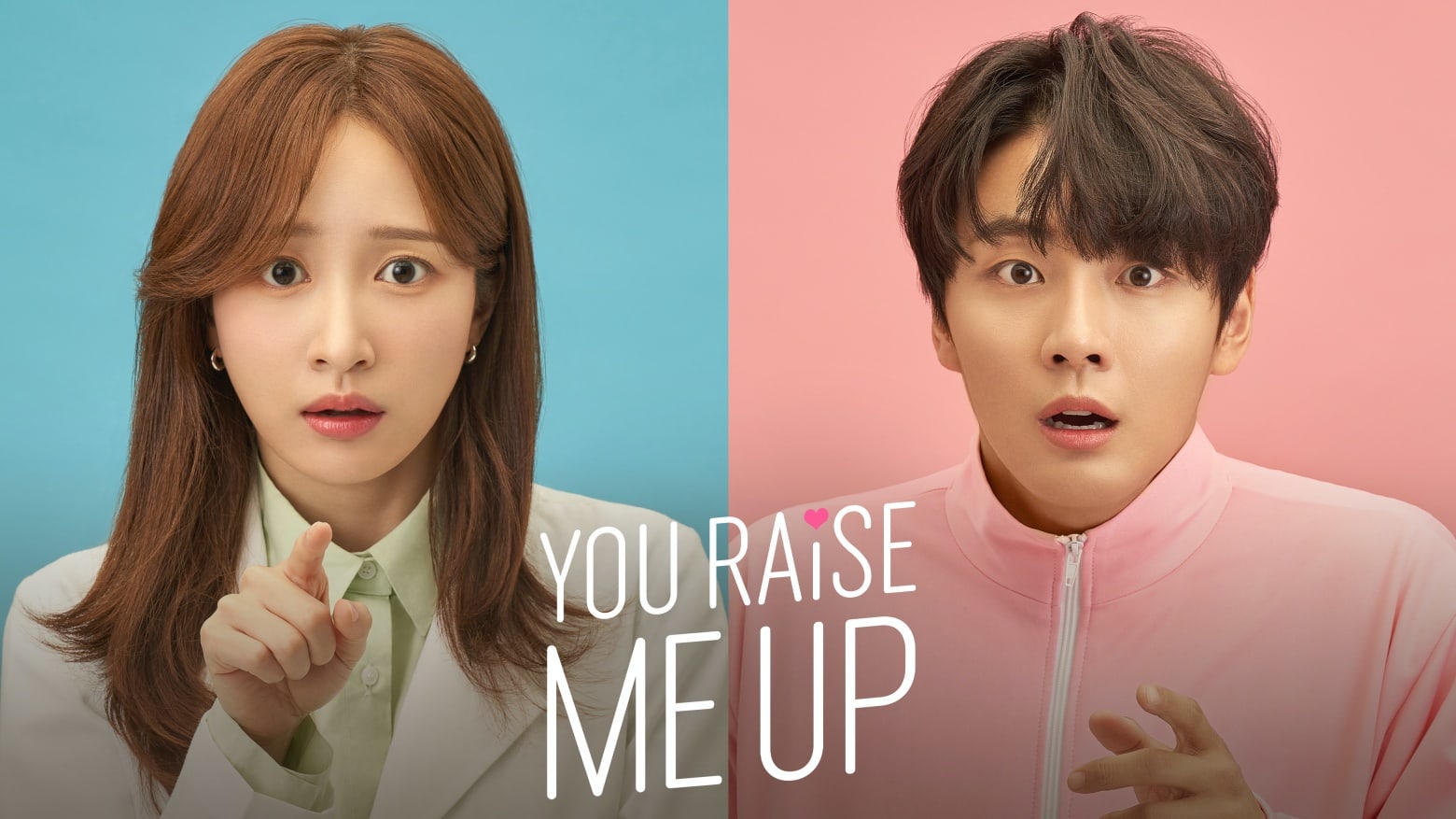 “You Raise Me Up” is a comedy drama about Do Yong Shik (Yoon Shi Yoon), a man who develops erectile dysfunction in his 30s. When he goes to a urologist for treatment, his doctor happens to be Lee Ru Da (EXID’s Hani), his first love. For Do Yong Shik, his unexpected condition comes as the last straw in his already disastrous life. He is still studying for the civil service exam after multiple attempts, and the long period of studying and constant failure has caused him to lose confidence in himself. But it’s only when he hits rock bottom, meeting his former first love as his urologist, that he gets the chance to turn his life around.

On the other hand, Lee Ru Da appears to be living a fantastic life, with a successful career, a confident personality, and stunning good looks. However, she isn’t quite happy. Her boyfriend Do Ji Hyuk (Park Ki Woong) tends to be conceited and likes to show off, and she is starting to get bored of their relationship. As she begins to feel nostalgic for her first love, whom she remembers as perfect in every way, she runs into him again as a patient.

Find out what happens after the two characters reunite:

Soompi Spotlight
Yumi's Cells
Police University
Lovers of the Red Sky
The Great Shaman Ga Doo Shim
You Raise Me Up
How does this article make you feel?