Jo Jung Suk Talks About Overcoming Past Hardships, Love For Acting, And More

Jo Jung Suk is as dashing as ever in his pictorial with Marie Claire!

The interview with Jo Jung Suk took place back in 2019, and the magazine revisits the past interview to commemorate his role in tvN’s hit drama “Hospital Playlist 2,” which recently came to a successful close.

During the interview, Jo Jung Suk was asked if he’d ever gotten worn out while working. He replied, “I get physically worn out. There are times when my mind and body become extremely exhausted. However, when it’s fun, there’s no reason to get exhausted. I pour in my passion because it’s fun, and I get tired because I pour my passion in. I get stressed when my acting doesn’t come out the way I want it to or my emotions don’t come out the way I’d hoped, but I don’t think of it as just difficult stress. I think acting is a researching career. We have to endlessly think and worry about acting.” 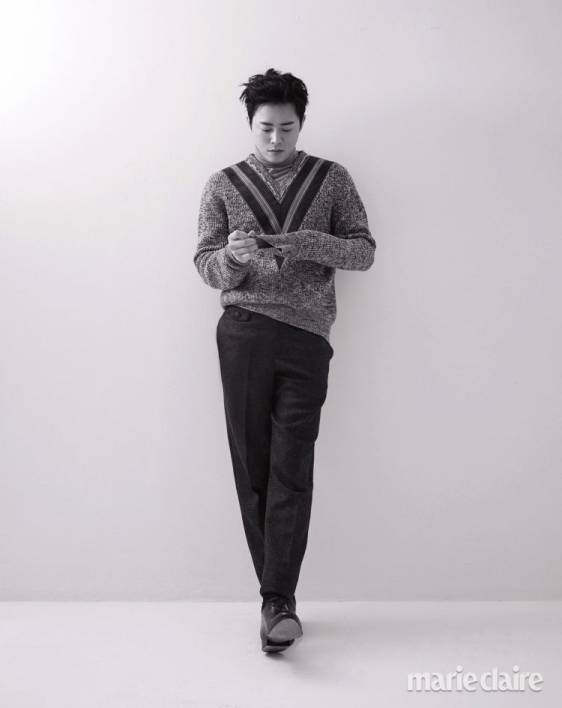 When the interviewer wondered if Jo Jung Suk goes into auto-pilot mode while working because he has done it for so long, Jo Jung Suk answered, “When I look at projects, I think, ‘Wow, there are people like this,’ and “Wow, there’s another person like that.’ There’s no time to get exhausted because of the original stories and figures. For instance, when reading a book from a series, the action of reading is the same, but it’s still exciting because of the story that’s to come in the future. Although the action of acting is the same, it’s still exciting because there are different figures and stories.”

Jo Jung Suk commented, “I’m not a workaholic, but I do think it’s correct to say I’m addicted to acting. Even when I’m talking about a person to someone else in a private setting, I reenact them as if I’m acting.”

The actor also touched upon one of his most difficult moments while working, which was when he was performing in a play. He explained, “Not long after my debut, I was able to act on stage, which is something I really enjoyed. But my head suddenly felt empty after having continuously acted as the only actor cast in that role for nine months. It was very strange that I felt worn down even when I was doing something I truly enjoyed. The play was extended because it did well, but I didn’t understand myself, who was having a difficult time. I think my current self exists because I endured that period well and overcame it. In some ways, that’s my personality. My household conditions weren’t great while growing up, so I didn’t grow up in a very good environment, and I lost a person who was important to me. Having experienced that at a young age, I learned to acknowledge the things I can’t do with my own will and to overcome them.” 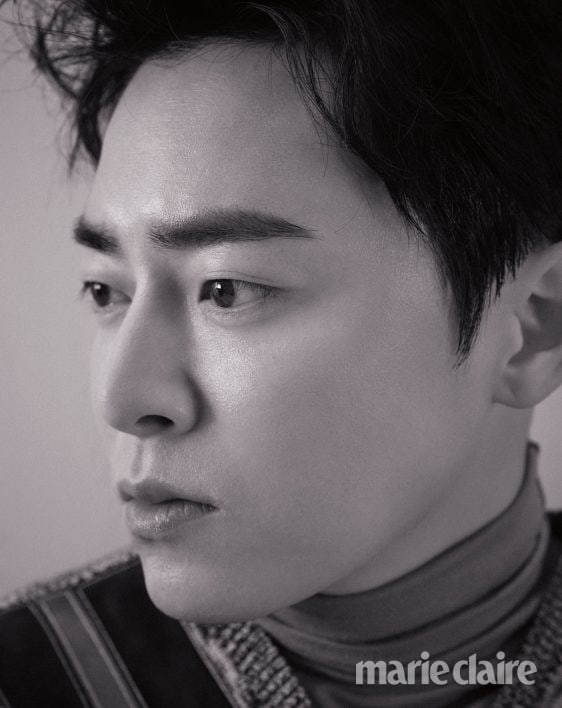 Jo Jung Suk shared that his father had suddenly passed away before he went to college, so he provides a lot of counseling about parents to his long-time friends. He shared, “I ask them if they remember how much I struggled in the past and if they hadn’t seen it all. I tell them to treat the people precious to them well if they don’t want to suffer like that. Since I experienced such a hardship at a young age, my mindset regarding hardships became firm early on.”

The actor also remarked that although he’s always optimistic, his greatest concern is figuring out what kind of acting and projects he can take on to walk a good path as the head of one household. He added, “Besides that, I don’t have many other concerns. Everything will turn out well, and I’m going to live well.”

Finally, Jo Jung Suk complained about not wanting to say that he’s reached his 40s, revealing that he often talks to his friends about how his body is aching. He stated, “Above all, I have to be healthy. I’m not alone anymore, and I’ve become responsible for someone else, so I think about that even more.”

Marie Claire
Jo Jung Suk
How does this article make you feel?