“Hometown Cha-Cha-Cha” Becomes No. 1 Buzzworthy Drama Of The Week + Cast Continues To Reign Over Actor Ranking

This week, tvN’s “Hometown Cha-Cha-Cha” topped Good Data Corporation’s list of the dramas that generated the most buzz. The company determines each week’s rankings by collecting data from news articles, blog posts, online communities, videos, and social media about dramas that are either currently airing or set to air soon.

Not only was “Hometown Cha-Cha-Cha” the No. 1 buzzworthy drama this week, but the drama’s stars continued to dominate the actor rankings. Kim Seon Ho and Shin Min Ah defended their spots at No. 1 and No. 2 respectively for the fifth consecutive week, and their co-star Lee Sang Yi also ranked No. 8 on the actor list.

SBS’s “One the Woman” came in at No. 2 on the list for buzzworthy dramas with Honey Lee taking the No. 3 position among actors. Lee Sang Yoon from the show rounded out the list at No. 10. MBC’s “The Veil” followed closely behind at No. 3 with Namgoong Min at No. 4 for the actor rankings.

tvN’s “Yumi’s Cells” continued to maintain its position as the No. 4 most buzzworthy drama, and the drama’s star Kim Go Eun placed No. 5 on the actor rankings while Ahn Bo Hyun rose an impressive 12 slots to come in at No. 6.

JTBC’s “Lost” rose two spots on the list to rank as the No. 5 most buzzworthy drama while Ryu Jun Yeol from the show became the No. 9 most buzzworthy actor for this week. Newly premiered dramas also joined the list for buzzworthy dramas with KBS2’s “Young Lady and Gentleman” at No. 8, KBS2’s “Dali and Cocky Prince” at No. 9, and tvN’s “Hometown” at No. 10.

The top 10 dramas that generated the most buzz in the fourth week of September are as follows: 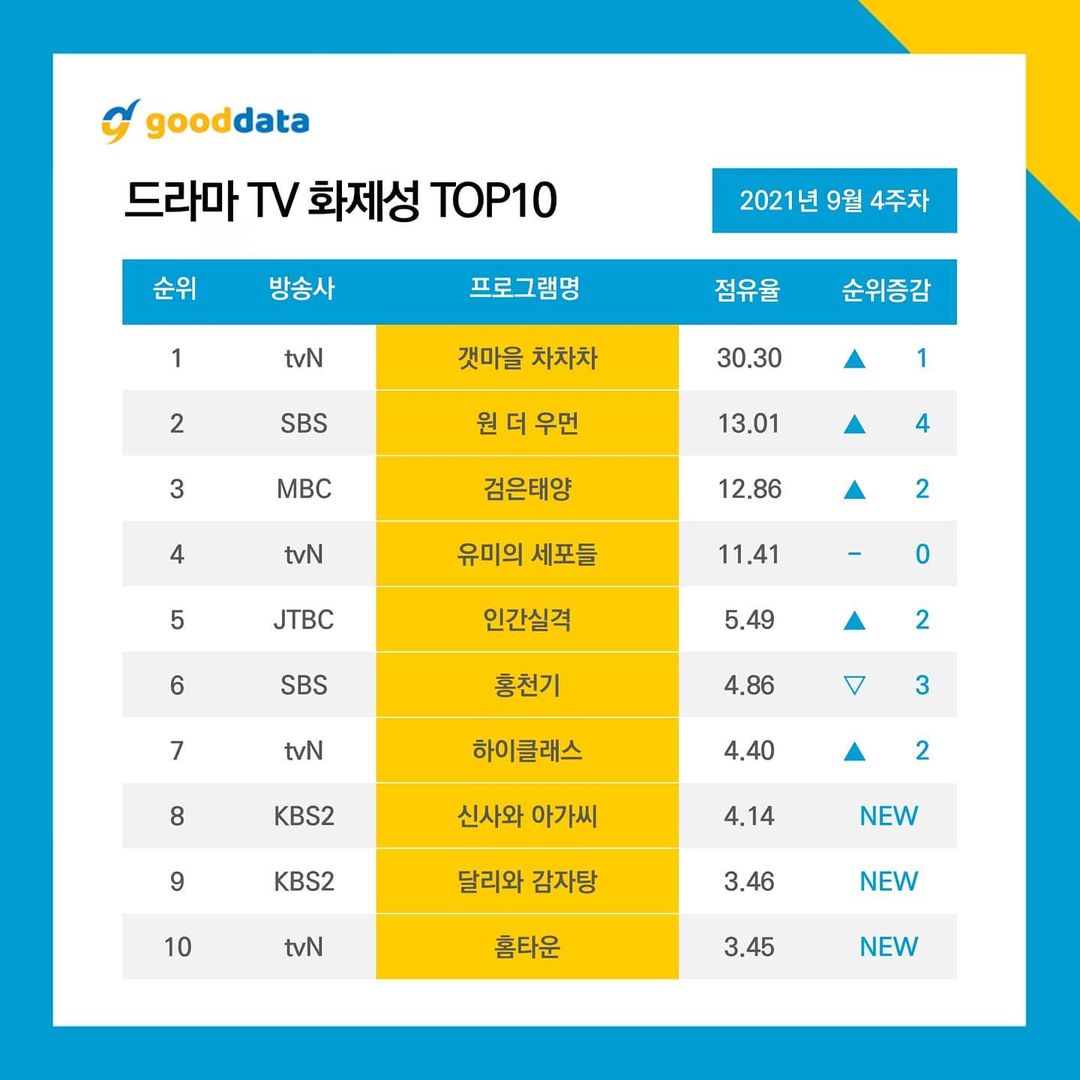 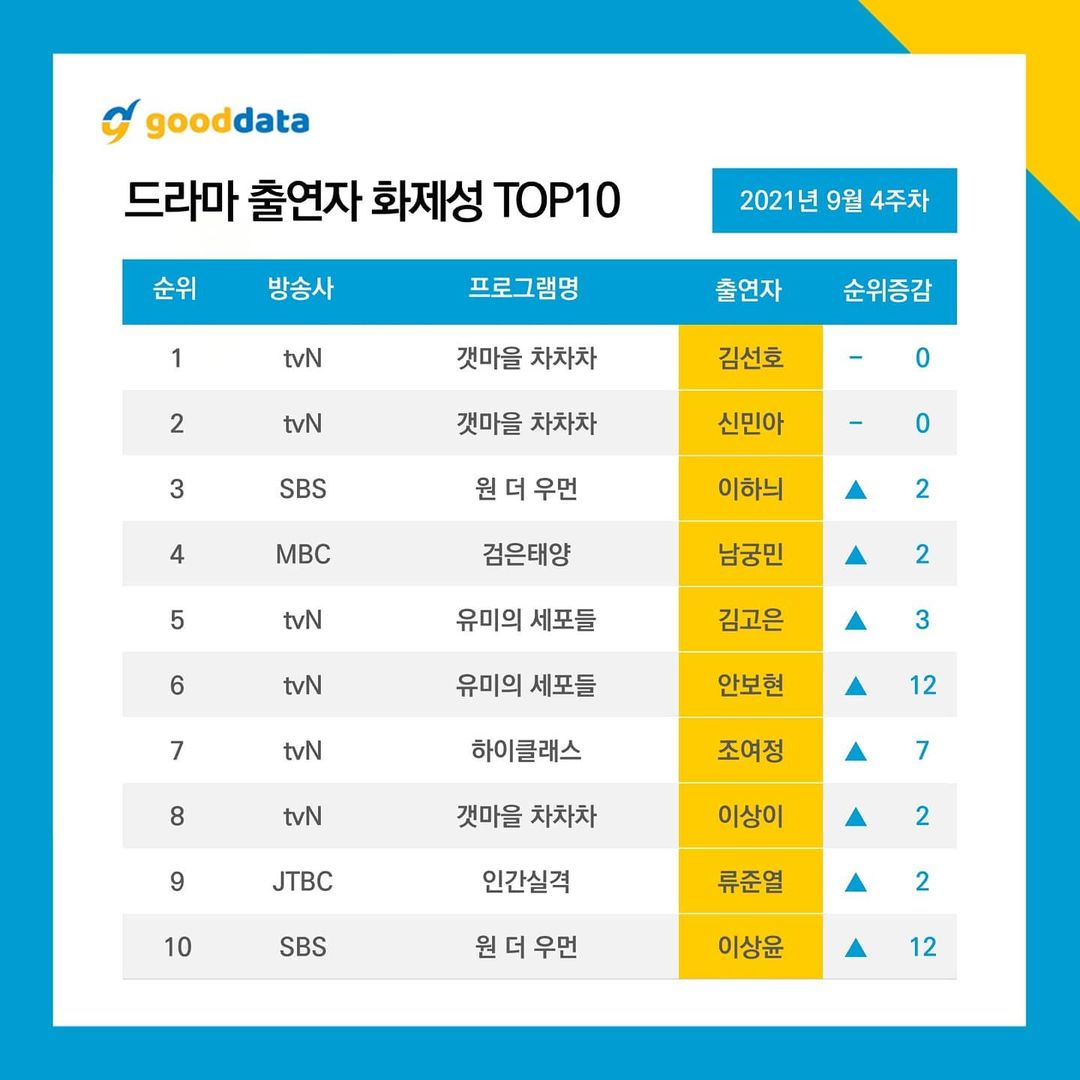