Park Eun Bin Shares How She Prepared For Her New Role In “The King’s Affection,” The Drama’s Key Point, And More

Get ready to see a new side of Park Eun Bin in KBS 2TV’s new historical drama “The King’s Affection”!

Based on the manhwa (Korean comic) of the same name, “The King’s Affection” will tell the story of a pair of royal twins, one male and one female. Although the sister is initially abandoned for being female, she later disguises herself as a man to become the crown prince when her brother dies. Park Eun Bin will star in the drama as Lee Hwi, the crown prince with a shocking secret, while SF9‘s Rowoon will star as male lead Jung Ji Woon, who is Lee Hwi’s teacher.

Concerning her new role, Park Eun Bin commented, “If the setup of a woman disguised as a male who is a serious king is the beginning of a story that twists everyday life, the scenes derived from it may seem strange sometimes and refreshing at other times. The story will flow naturally, but there are moments when common relationships will get overturned.”

However, the process of portraying a perfect prince who excels in literary and martial arts wasn’t easy. Park Eun Bin admitted that she needed time to train herself. She practiced horseback riding and stunts and made an effort to look as natural as possible as a woman who grew up as a man. She even had to pay attention to the tone of her voice so that it subtly changed depending on the person she was with. This role required her to be extra meticulous and detailed. 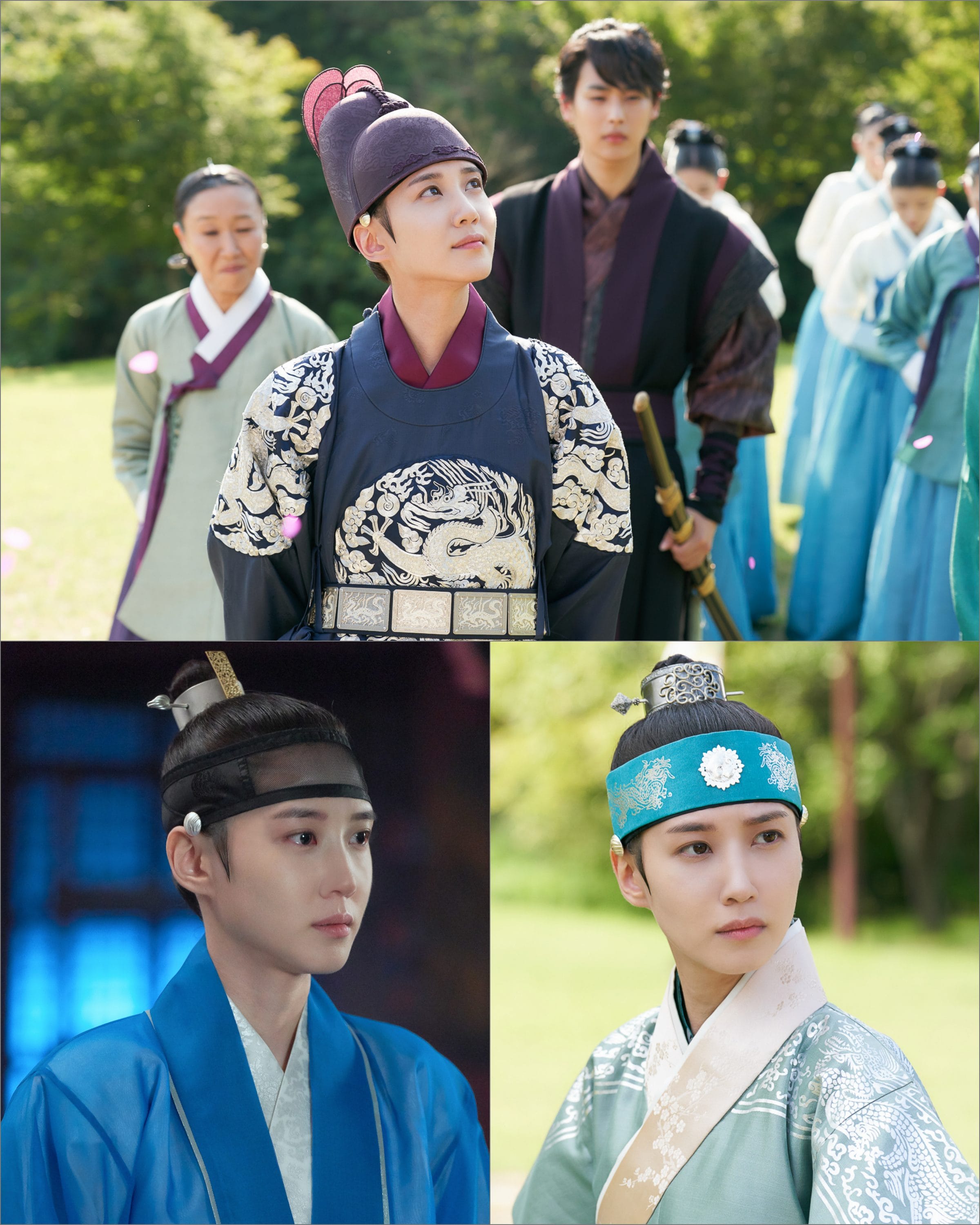 According to Park Eun Bin, Lee Hwi had to become stronger and firmer because she has a secret to protect. In other words, Lee Hwi had to make sure to be perfect in everything. At the same time, she had to build an icy, impenetrable wall around herself.

Park Eun Bin described Lee Hwi as someone who’s like “a blue flame.” She explained, “Rather than a roaring red flame, she’s more like a blue flame that burns quietly at a higher temperature. [The blue flame] is actually hotter, so it looks colder.”

The actress then talked about how Lee Hwi’s walls start crumbling down after her first love Jung Ji Woon enters her life. She shared, “After [his appearance], her true self that she has been trying to hide under a mask gets revealed more and more. She experiences feelings that are very different from the image she has been portraying all this time, and she will be in danger and feel thrilling precariousness. I thought Lee Hwi has been broken ever since that moment.”

Park Eun Bin shared a key question in the drama, saying, “How will Lee Hwi make an effort and pull herself together [when she experiences] emotions that can’t be controlled with her heart and will?” Lastly, she asked viewers to keep an eye on Lee Hwi and Jung Ji Woon’s longing feelings for each other.

“The King’s Affection” will premiere on October 11 at 9:30 p.m. KST. In the meantime, check out a teaser for the drama here!

While you wait for “The King’s Affection,” check out Park Eun Bin in “Do You Like Brahms?“:

Park Eun Bin
The King's Affection
How does this article make you feel?