Previously on the drama, Jin Mu Hak and Kim Dal Li had a dream-like meeting in the Netherlands, but they had a less-than-ideal reunion at the Cheongsong Art Gallery. Furthermore, it was implied that Kim Dal Li was the one who had borrowed 2 billion won (approximately $1.68 million) from Jin Mu Hak, raising questions about their future relationship.

The new stills depict Jin Mu Hak’s eventful visit to Cheongsong Art Gallery. This time he brings big men in black suits as well as his secretary Yeo Mi Ri (Hwang Bo Ra). Kim Dal Li, the new director of Cheongsong Art Gallery, is in a state of confusion due to the large number of people visiting the museum. Then something unexpected happens that causes her to grow shocked, but what’s more interesting is that Yeo Mi Ri and Jin Mu Hak’s helpers seem more surprised than her.

The photos give a peek of that particular situation that made people’s jaws drops. An unknown figure grabs Kim Dal Li’s collar out of the blue, and Jin Mu Hak, who had gone to the museum to get his money back from her, grows livid at the sight of her in danger. In the blink of an eye, he goes from being a creditor to a knight in shining armor. Jin Mu Hak grabs the man’s arm and twists it, amping up the excitement for the upcoming episode. 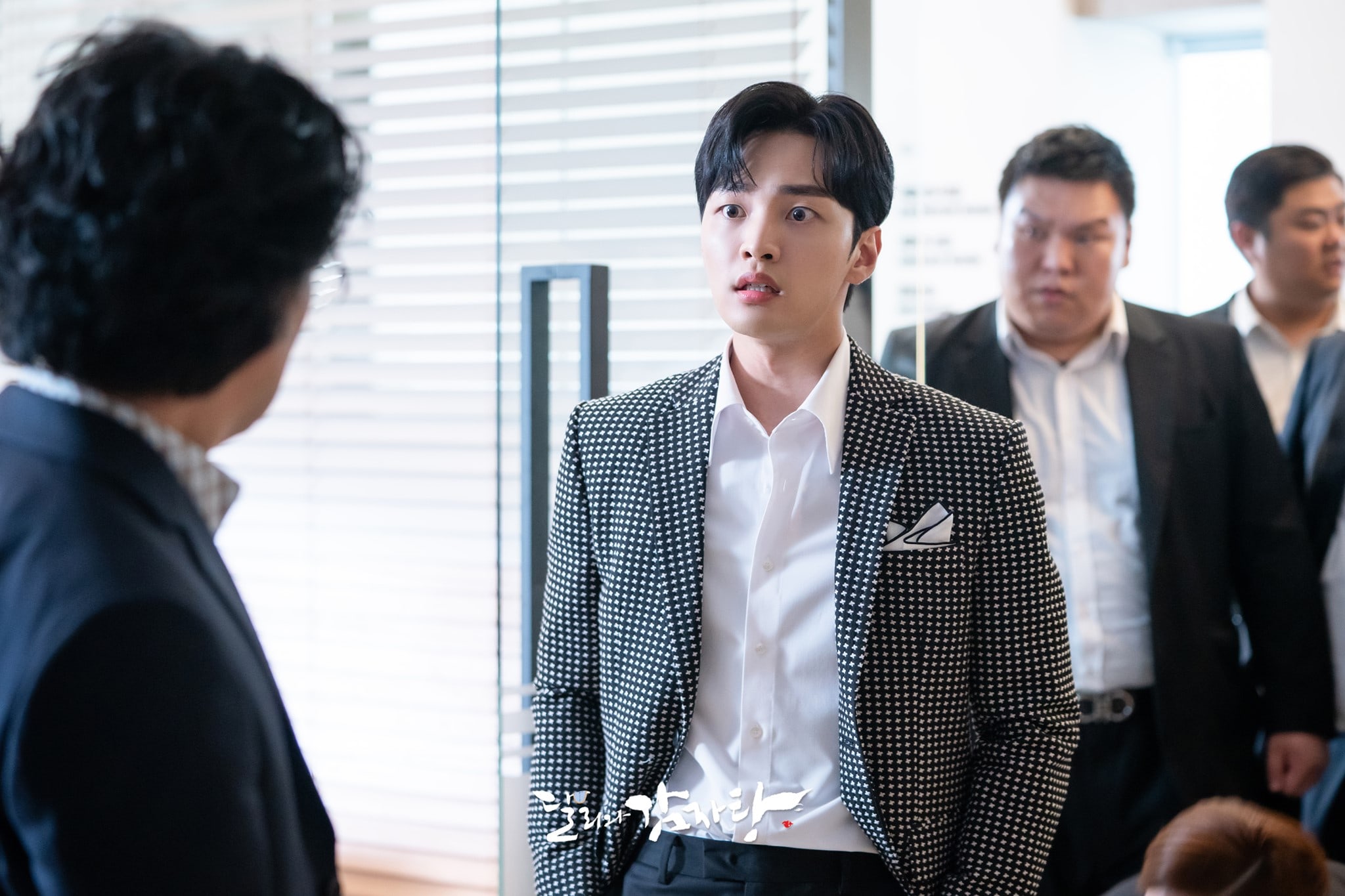 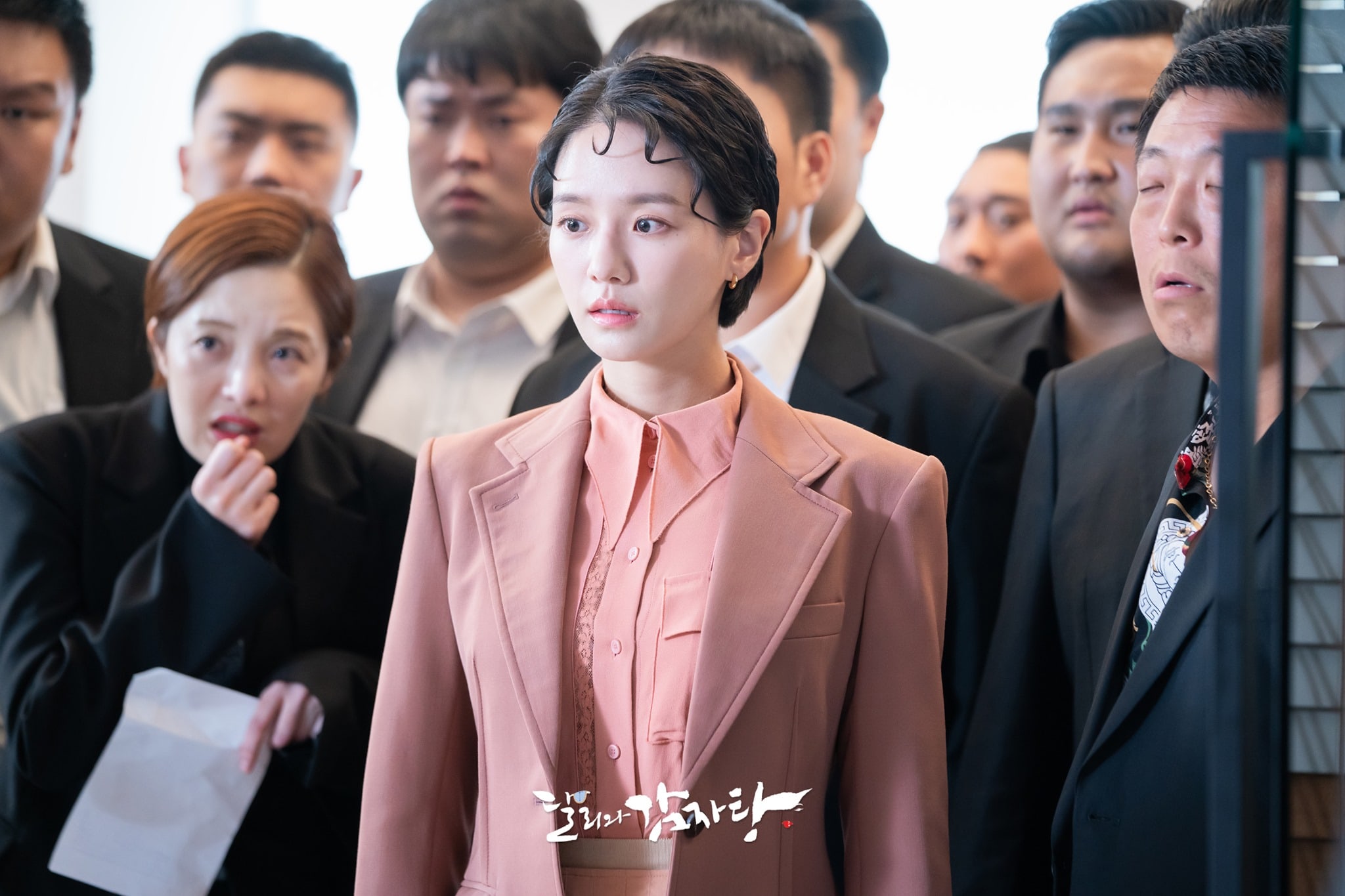 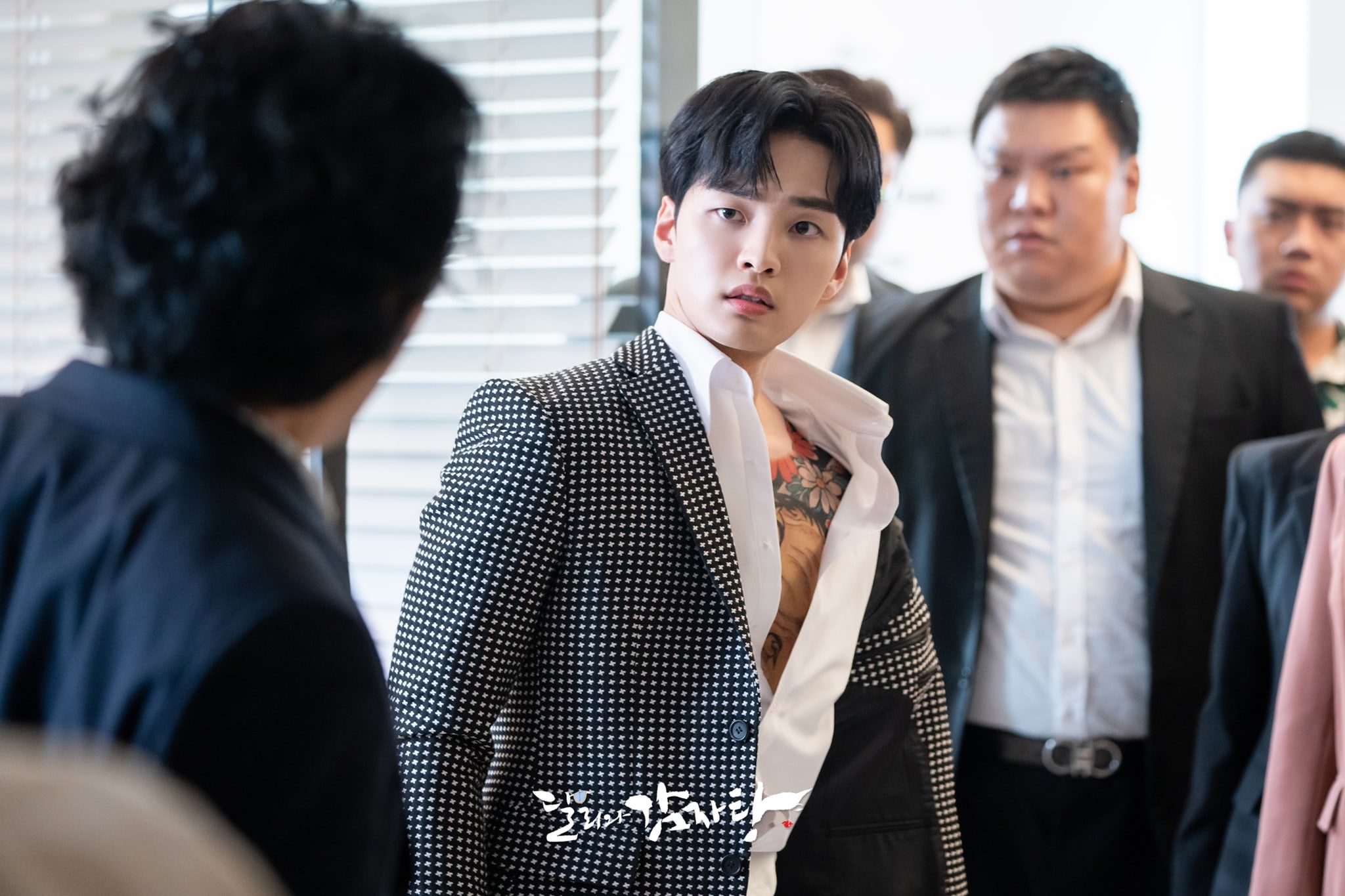 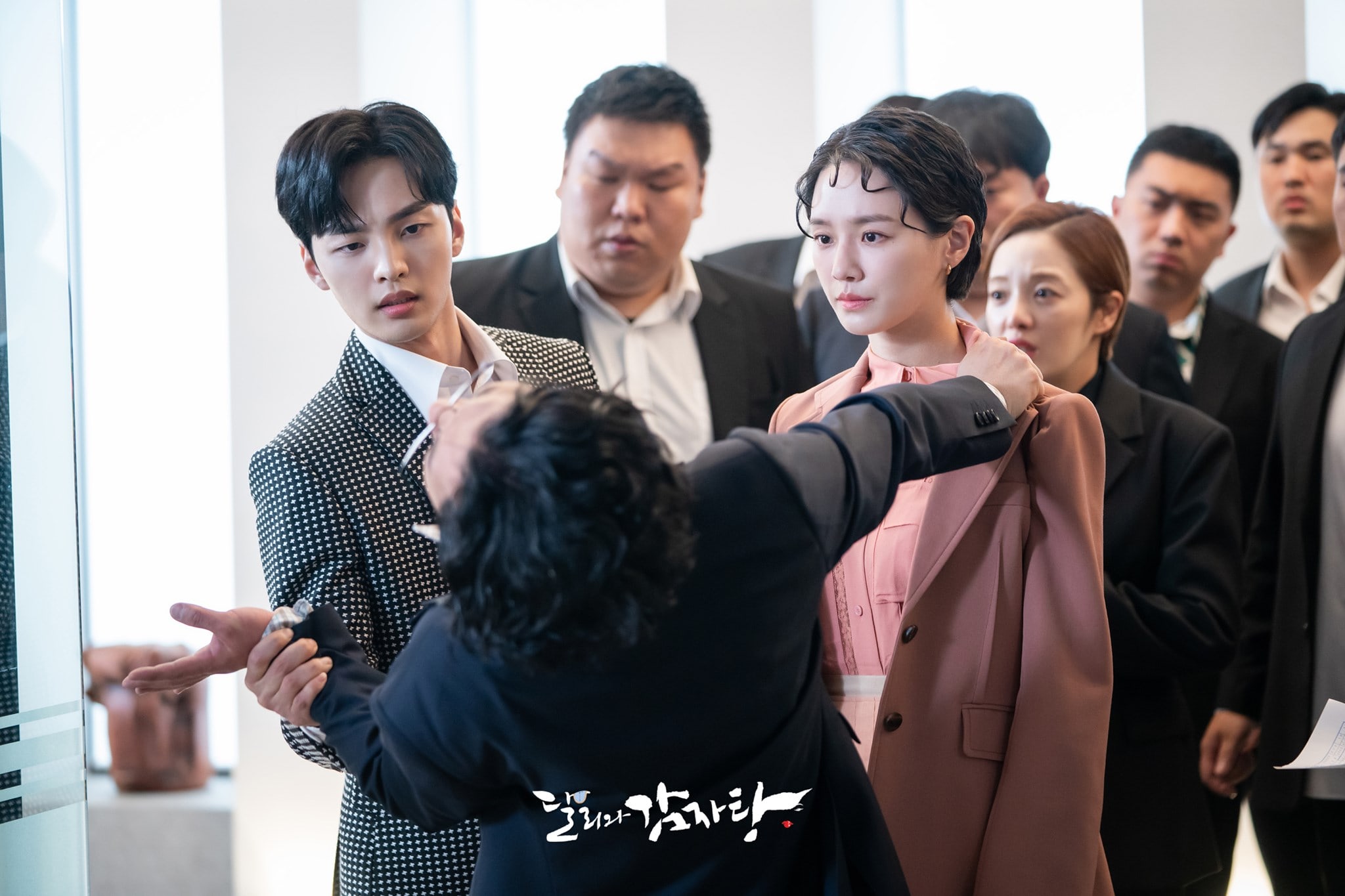 The production team hinted that Jin Mu Hak, who had been so eager to get his money back from Kim Dal Li, will quickly come to her rescue when she ends up in a troubling situation. They added, “Please look forward to the ‘Jin Mu Hak style’ solution that will save Kim Dal Li from the crisis.”