Lee Sang Yoon Shares His Secret To Living Happily, His Changed Outlook On Acting, And More

Lee Sang Yoon spoke with GQ magazine about how his outlook on life and acting has recently changed!

Describing his personal, everyday life, Lee Sang Yoon shared, “It’s very fun. I guess I could call it my second youth. One by one, I’m slowly putting into action all the things I’ve kept in my heart. It adds new energy to my life.”

He elaborated on these new activities, explaining, “After exercising on my own, I’m now receiving guidance from an expert. They’re someone who’s done a lot of research on the body, and they make me do things like handstands and yoga poses. I like that. I really like the energy that comes out of activating parts of my body that I hadn’t been using much. I also ride my motorcycle. For a few years, I had just been planning it without [actually going through with it], but I got my license last fall. I waited for the model I liked to be released, and I bought it this summer. I also became interested in golfing and started playing.” 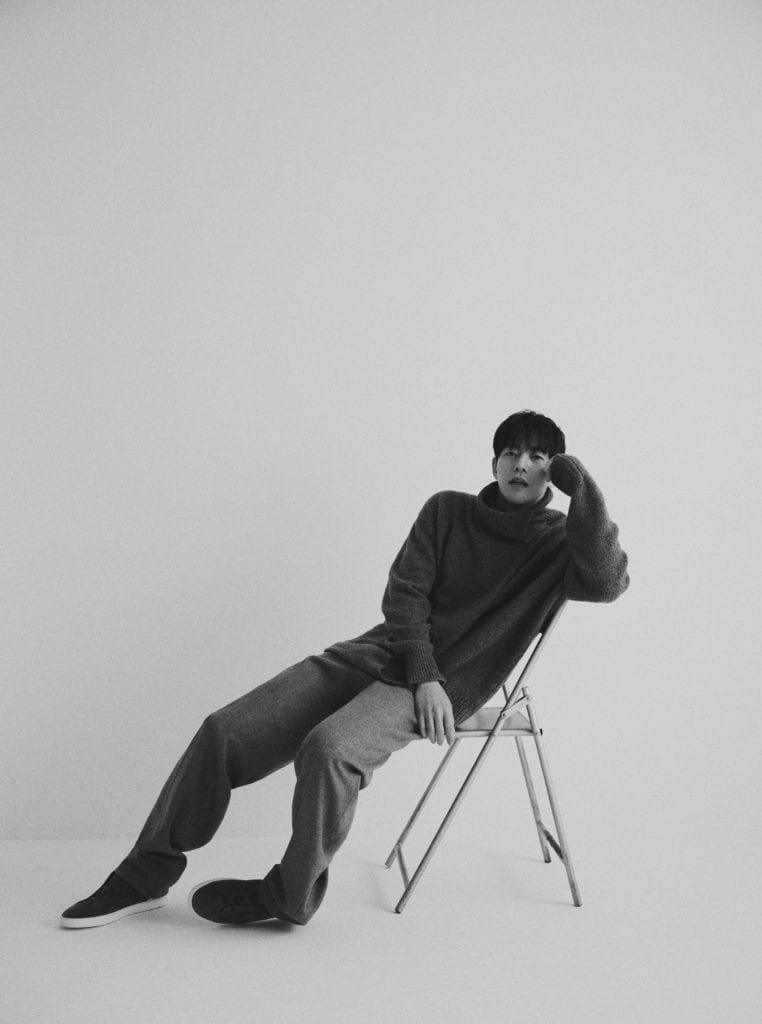 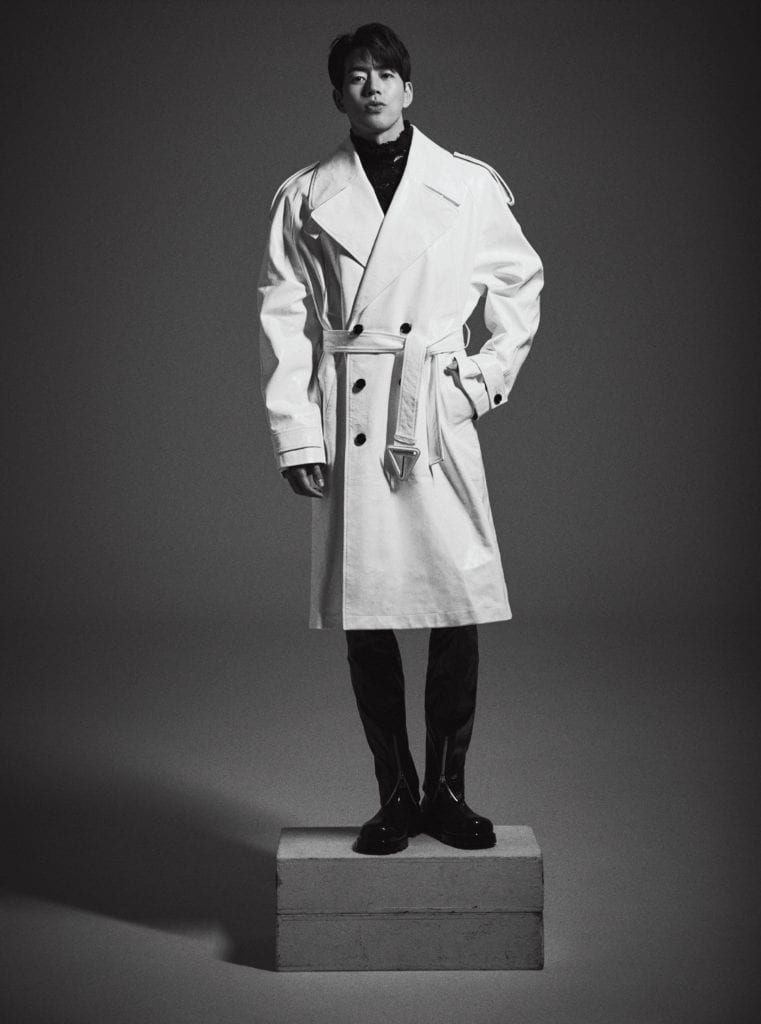 When asked how he suddenly got into so many different hobbies, Lee Sang Yoon answered, “I think this is the exact time for it to be possible. I was living competitively to get by in my twenties and thirties, so I didn’t have time for that. Now that I’m in my forties, I inevitably have a bit more freedom. I can make more time, and I’m economically supported. Living like this is enjoyable, but I do also wonder whether it’s immature to do what I want at this age.”

Explaining why he feels this way, he shared, “I feel completely fine, but there is such a thing as societal beliefs. Although marriage isn’t necessary… I feel there is a certain perspective where people look at me and think, ‘Is playing around like that still fun?’ Even my friends seem more adult-like than me. There’s a certain responsibility and restraint you get from starting a family. On the other hand, I’m chasing rainbows and have a lot of things I’d like to do.”

The interviewer asked whether he finds acting to be enjoyable, and Lee Sang Yoon responded, “Yes, I’m really curious about acting these days.”

He elaborated, “In the past, I would think, ‘How should I do this? How do I pull this off?’ and acted with the mindset of taking a test. I thought it was most important to convey the exact situation and emotions. Now, my attitude towards acting has changed to ‘How should I try this?'”

Lee Sang Yoon continued, “With ‘How do I pull this off?’ there’s a definitive result of whether you pulled it off or not. In turn, you’re alternately happy and sad. However, if you act with the mindset of ‘How should I try this out today?’, even if it doesn’t turn out as you planned, as long as it’s similar, then that’s okay too. It’s comparatively less stressful, and the acting feels more fun. I like that.” 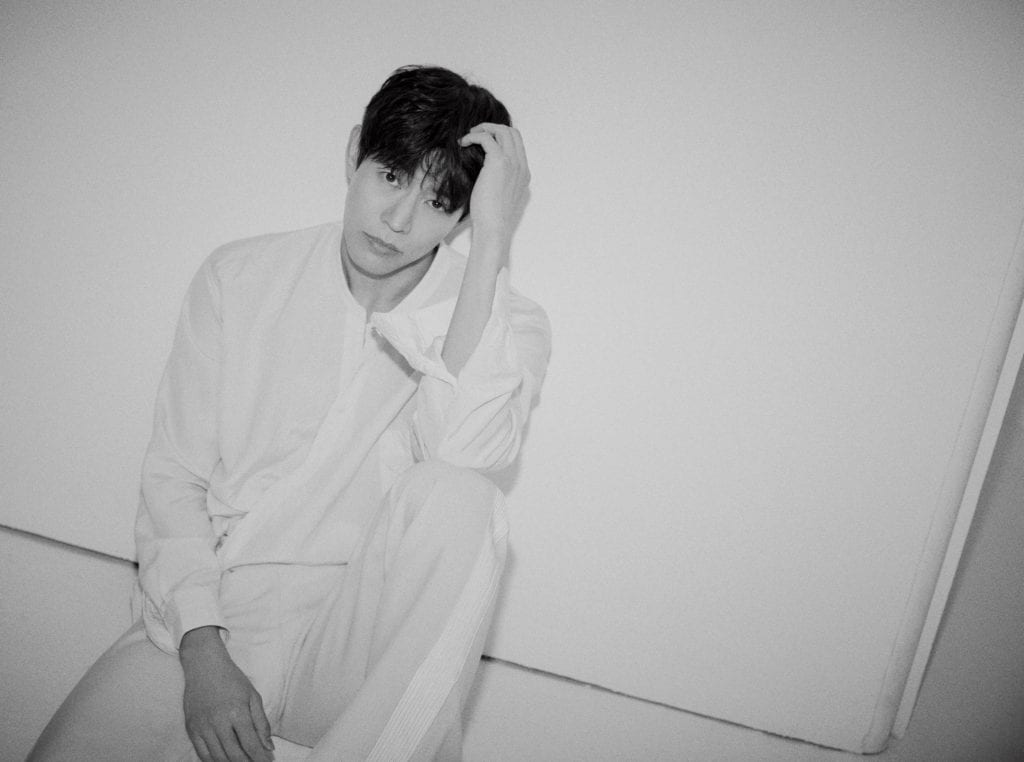 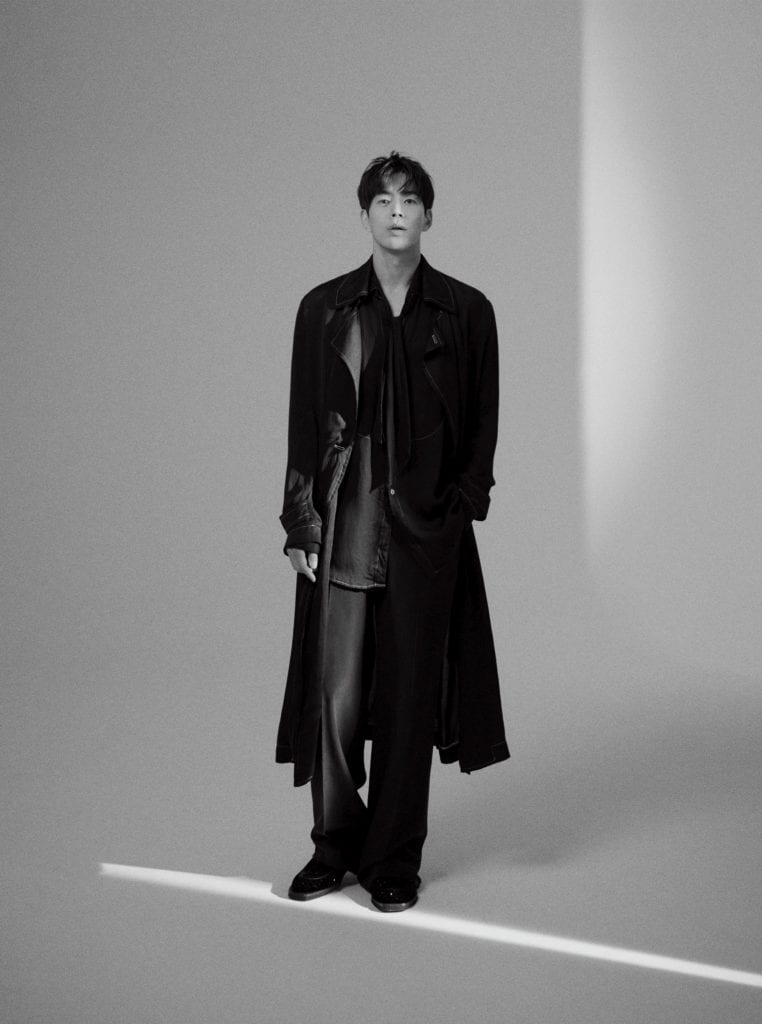 When asked to name one character he thinks he could redo better if given the chance, Lee Sang Yoon picked his role in “Okay! Madam.” The actor shared, “I occasionally get suppressed by the words ‘Your character has to be like this,’ and this project was one that felt regretful in that aspect.”

He elaborated, “The atmosphere of the film was light and comedic, but my character was different from that. He was serious and weighty. That’s why my thoughts [about the role] were complicated, and I felt really pressured to pull it off any way possible. I think the results would’ve been different if I had my current mindset of acting comfortably. I recently met Im Won Hee on a variety show I went on to promote my drama, and he accurately picked up on this. He said that my acting looked unorganized and that it’d have been better if I’d thought it through less.” 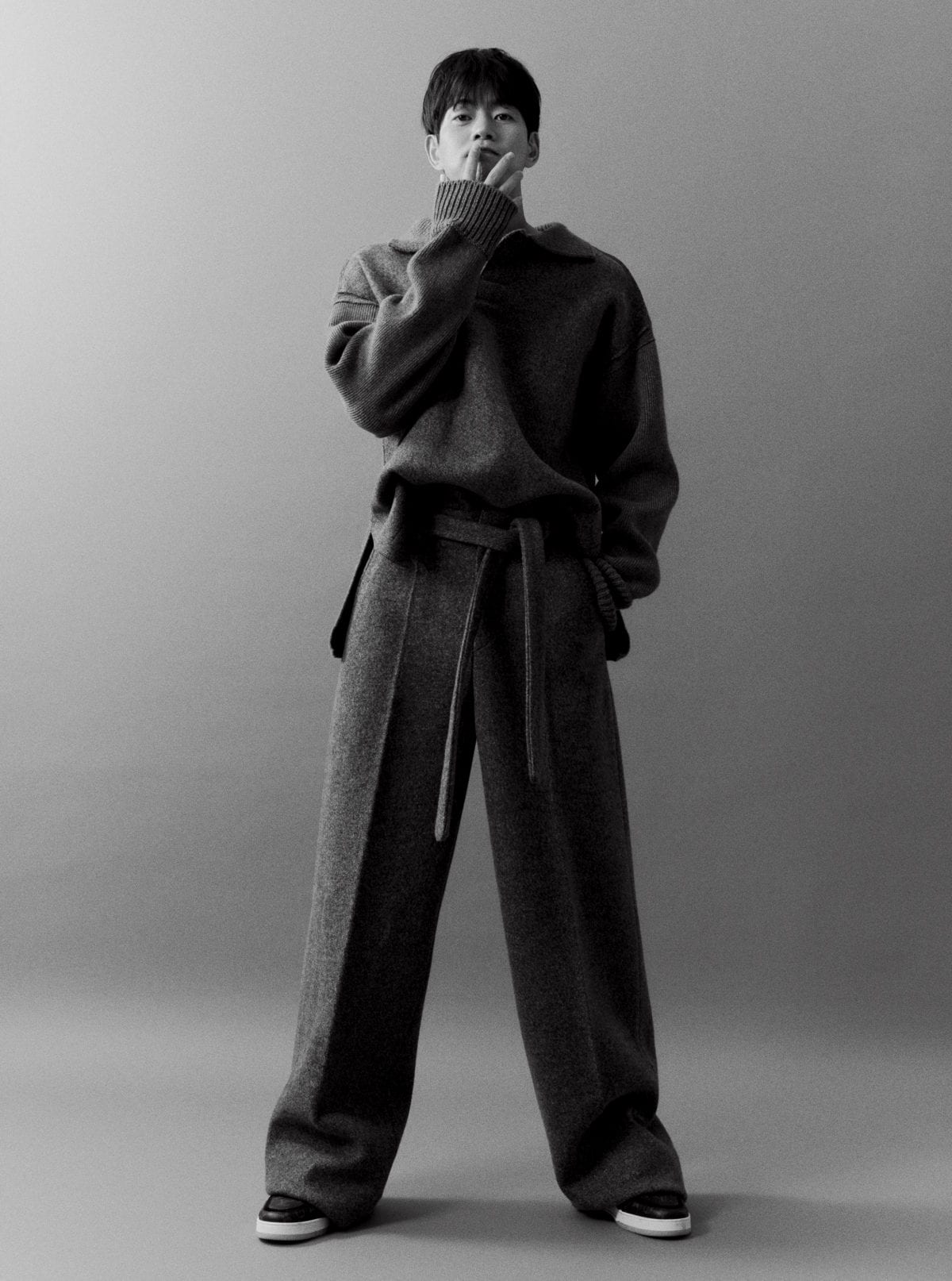 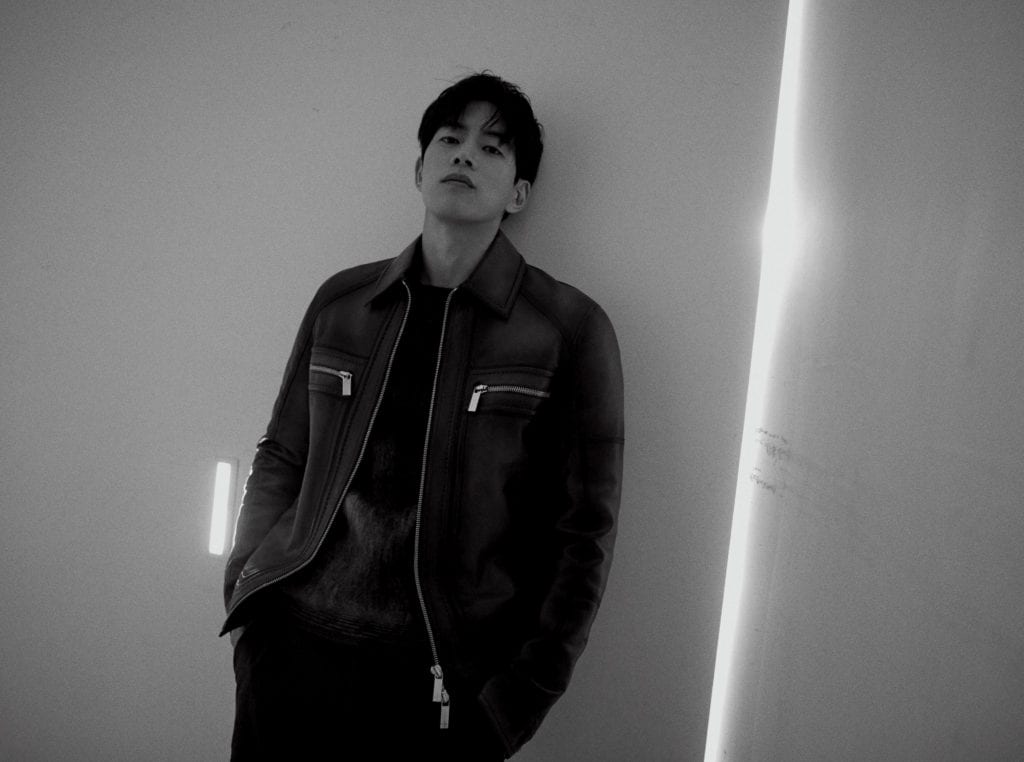 When asked about his own strengths, Lee Sang Yoon picked his concentration, claiming that it’s been quite good since he was young. The interviewer asked how to improve one’s concentration and Lee Sang Yoon responded, “You just need to really want something. If there’s something I’m after, I naturally focus on that. I sometimes get asked, ‘What can I do to be better at studying?’ but in order to do well, you have to really want to do it. When I was a student, I really wanted to be good at studying. So then I focused and was able to do well. In elementary school, I didn’t have that kind of goal, so my grades were obviously a mess.”

At the end, the interviewer commented that Lee Sang Yoon appeared to have found the secret to living life enjoyably. He answered, “I want to live enjoyably and admirably. Then I think I’d be happy.” When asked what was necessary to achieve that, Lee Sang Yoon replied, “Time. There’s so many things I want to do, but I lack time. I wish one year was around 500 days instead of 365. That way you would still just age one year while having so many more experiences.”

GQ
Lee Sang Yoon
How does this article make you feel?