Lee Chaelin, mononymously known as CL, is one of the most creative Korean artists of our time. From her beginnings as 2NE1’s leader, main rapper, lead dancer, and lead vocalist to her liberation so she can further pursue her solo career, and everything in between, CL has seen and done it all — and the world bears witness.

CL’s solo career has been cooking for the longest time, starting with “The Baddest Female” in 2013 and followed a couple of years later by “Hello Bitches.” The motto was clear: CL is all about embracing her badass self, and she’s here to tell us all about it. When she made her American debut with “Lifted” — making her the first female Korean artist to enter the Billboard Hot 100 chart — this was living proof that her potential is unmatched, and certainly, her thriving as a soloist was never a matter of if, but merely a matter of when. Her upcoming album “ALPHA” contains the next chapter of her story, representing the alpha personality that she embodies.

Now that she has put together a team under her own label Very Cherry, the sky’s the limit for CL, as she has regained full control over her creativity. Furthermore, her fans have been growing even more eager to finally witness the debut of her first full-length solo album, which has been long-awaited since 2015. Going indie for a while, the artist blessed her audience with an EP titled “In The Name Of Love,” which carried a selection of songs that had been shelved for a while. Through songs such as “I Quit” and “One and Only,” she beautifully switches from rapper to vocalist. Sometimes she embraces both roles in one track, and masters it like a pro. Since then, fans are both reassured and even more ecstatic to see what else the queen has in store for them.

Listening to CL’s songs is one thing, but watching her majestic live performances is a whole other experience: one that marks your soul and stays with you for a while. When she debuted “HWA” in 2020, every person that watched her performance thought the same thing: CL is back to snatch hearts with her striking lyrics and her flawless execution of choreographies, and we’re here for it!

4. Her first ever studio album

“ALPHA” is the statement of the decade, literally. This album has been cooking for so many years that it’s become one of the most highly-anticipated albums in recent memory — especially to the Blackjack and GZB fandoms. The artist has already teased the album content with a double single release, “SPICY” and “Lover Like Me,” which both showcase the duality of CL as well as the endless range of emotions that she channels through her music. The title of the album says plenty about its content while keeping fans and the general public alike on their toes, as they wait to explore the masterpiece that CL has been perfecting thus far. Stay tuned for the album’s official release this October!

We all know that CL is quite the wordsmith, and it is pretty visible in her lyrics. “Energy, power, chemistry” is the artist’s new anthem, and she doesn’t shy away from expressing it loudly throughout her single “SPICY,” where she speaks proudly of her country Korea.

In her latest single “Lover Like Me,” CL channels her emotional side to delve into the aftermath of a breakup while still being assertive of her value as a partner. Subsequently, she bids her ex farewell in the most fly way possible.

“Caught you out there, honey
You so, so funny
You come back running, running
Yeah, you miss my love
And you miss my money
I’ll tell you something, something

Overall, messages of self-confidence, self-worth, and self-love are how CL always chooses to address her public, even when things get overwhelming and personal. Surely the yet-to-be released tracks are just as lyrically impressive as the current releases are!

CL’s wardrobe is both a complementary and a complimentary part of her visuals. Whatever this fashion icon wears, she rocks it effortlessly. Here is a rundown of some of her most recent looks that make us eager to see what else CL has in store for us! 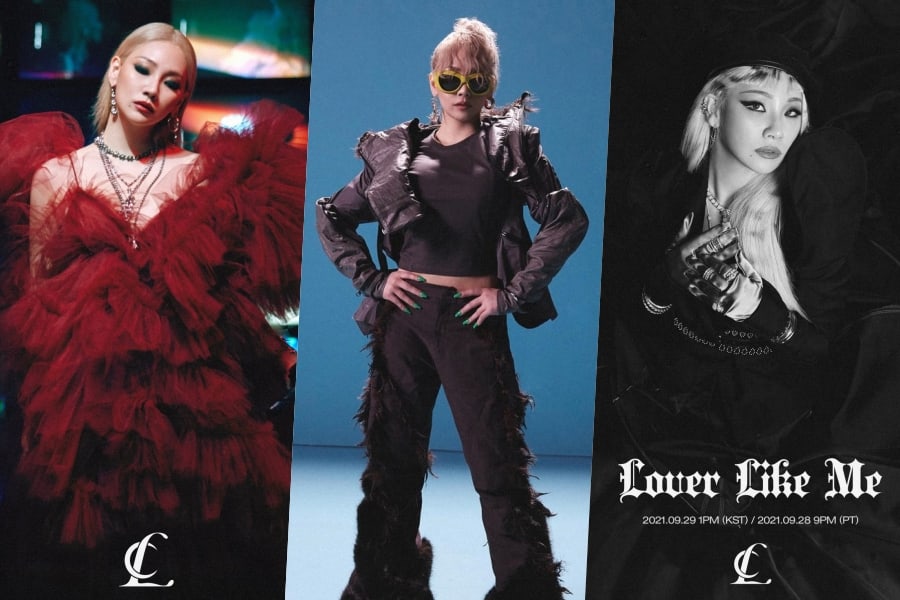 Bonus: her stellar Met Gala debut attendance with a bold attire that fits this year’s American theme like a glove.

Since she has been under the radar for a long time, CL naturally took a break from social media. Adding this to not being able to see or listen to her perform has been quite sad for the fans. Thankfully, now that she is back, so is her presence on social media. If you’re not following her already, check her Instagram account below and prepare yourself to be flooded with a handful of aesthetics, music news, fashion statements, and simply CL being CL.

What are you most excited for as you await CL’s first full album release? Let us know in the comments below!

Soompi Spotlight
CL
How does this article make you feel?