The “Hospital Playlist” spin-off of “Three Meals a Day” has released official posters!

In one poster, the five “99s,” as they are known in the drama, enjoy some time off while surrounded by the healing sights and sounds of nature. “Hospital Playlist” is as well-known for its soundtrack as well as its storyline and Jo Jung Suk continues the musical theme from the drama by strumming a guitar and singing along with Jung Kyung Ho. 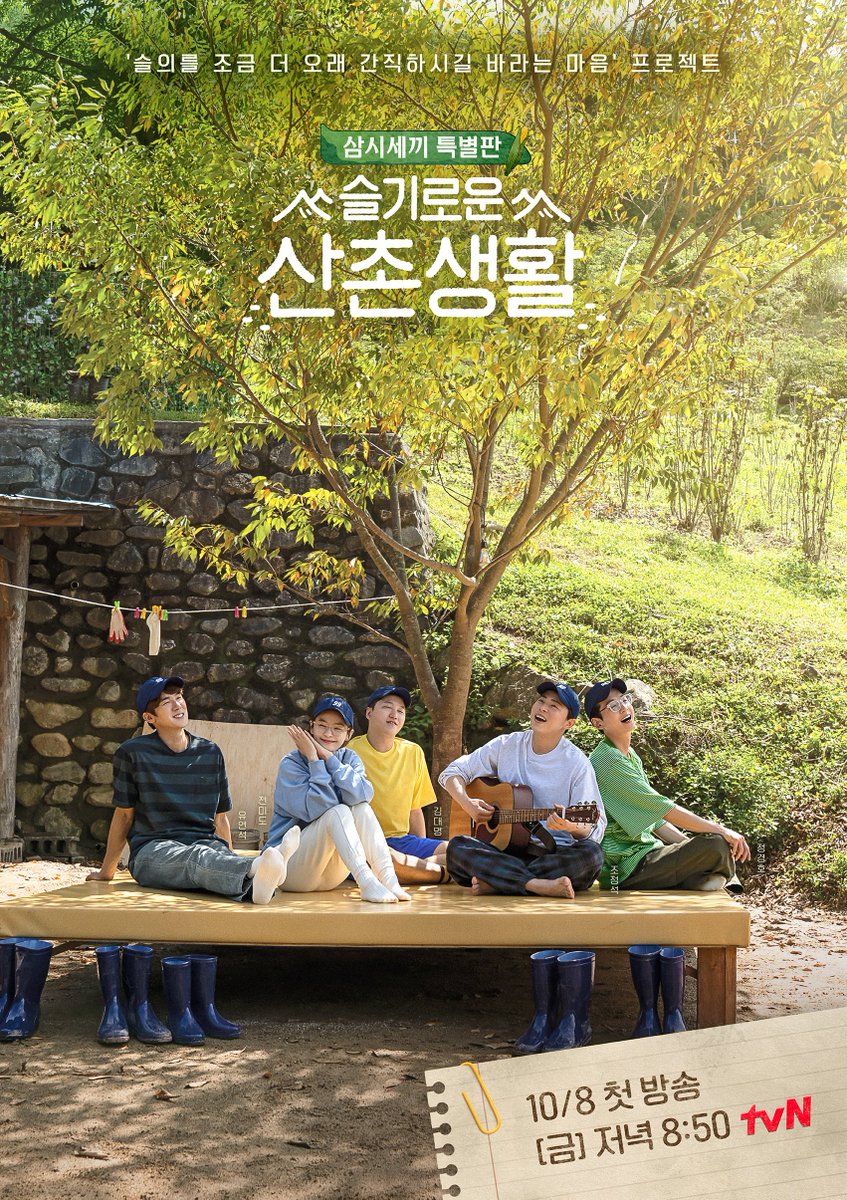 In the other poster, the 99s show off their quirky but lovable chemistry that made them so much fun to watch in “Hospital Playlist” as they strike comedic poses in front of their new house with various kitchen items. The caption on both posters reads, “A project in order to keep ‘Hospital Playlist’ in our hearts for a little longer.” 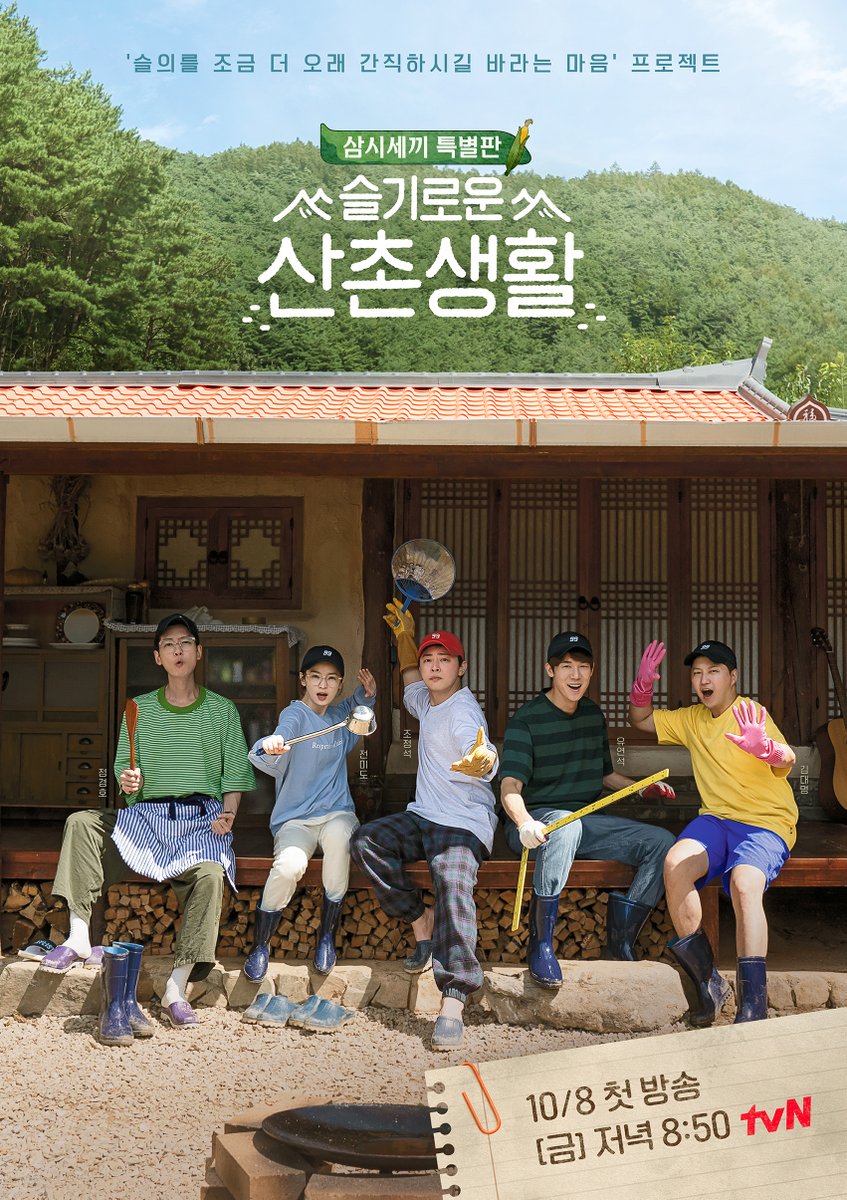 “Mountain Village Playlist” will premiere on October 8 at 8:50 p.m. KST. Check out a teaser here!