Gaon has released its chart rankings for the week of September 19 to September 25. 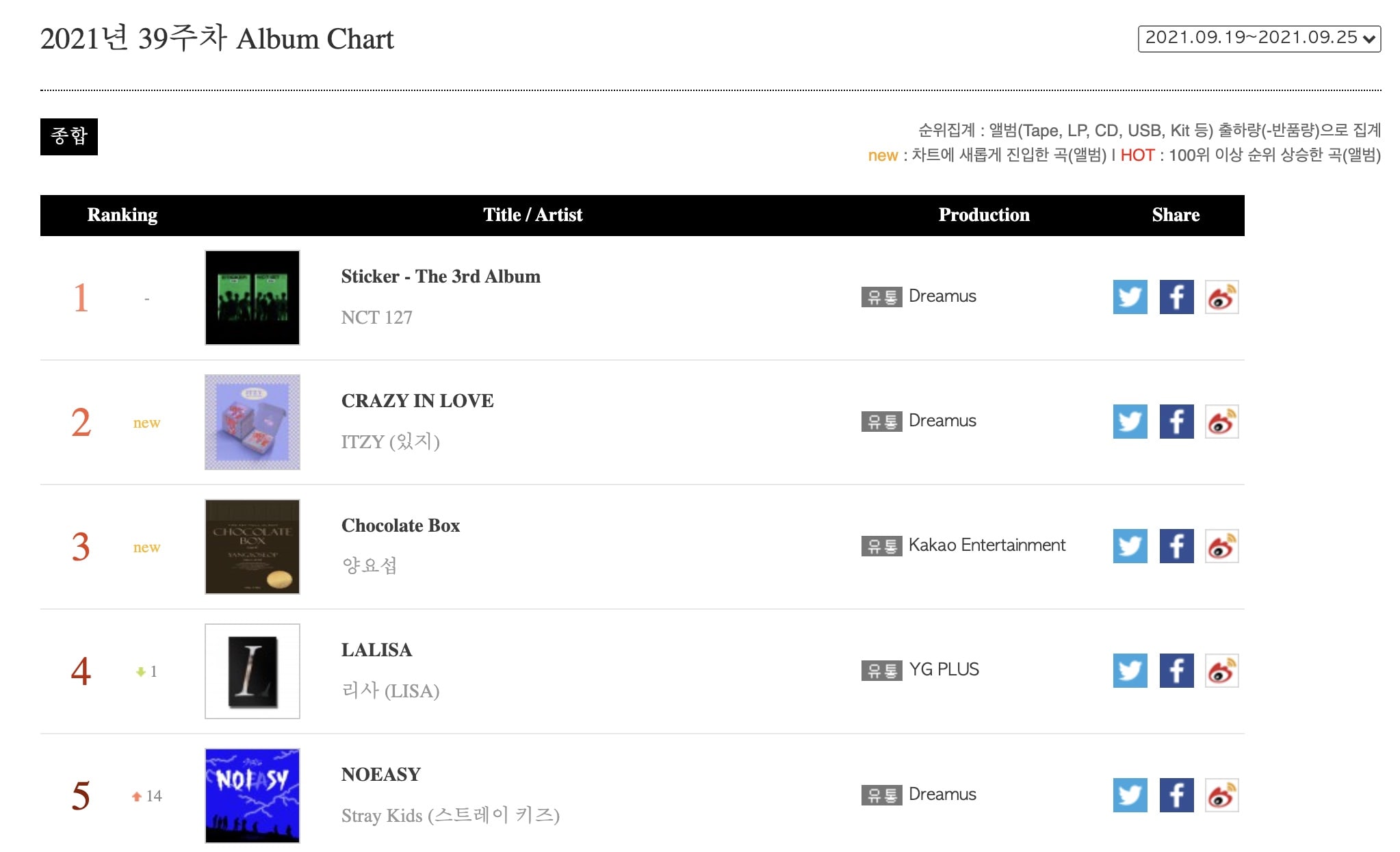 For the second week in a row, NCT 127’s “Sticker” topped Gaon’s album chart. Coming in for the first time this week were ITZY’s “CRAZY IN LOVE” at No. 2 and Highlight’s Yang Yoseob’s “Chocolate Box” at No. 3. BLACKPINK’s Lisa’s “LALISA” hung on to its top five position at No. 4, while Stray Kids’ “NOEASY” rose up the rankings to hit No. 5. 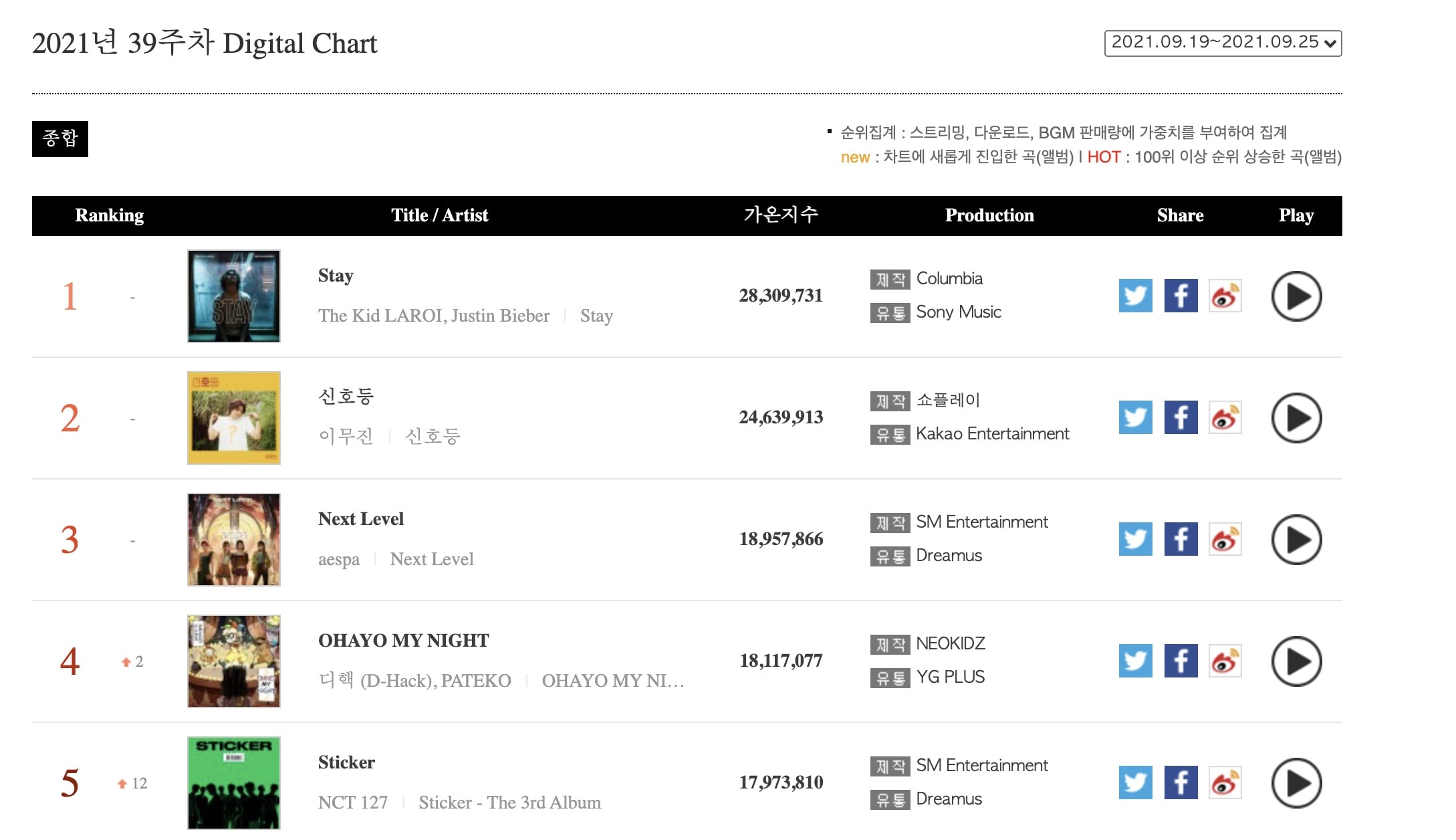 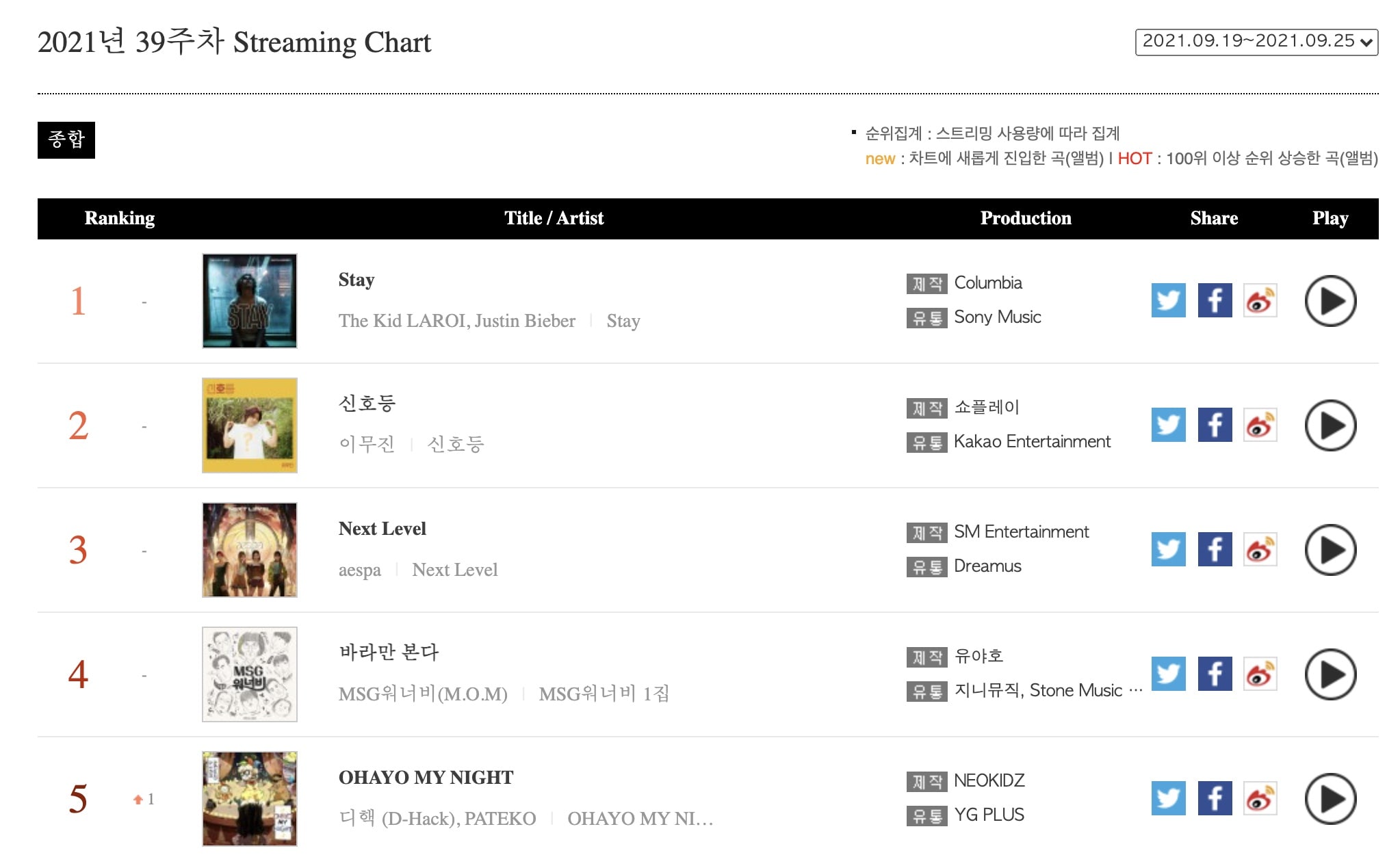 Again, the top three songs on the streaming chart this week are the same as last week’s (and the same as this week’s digital chart). Like last week, MSG Wannabe’s M.O.M’s “Foolish Love” maintained its position at No. 4, with “OHAYO MY NIGHT” rising to take No. 5 this week. 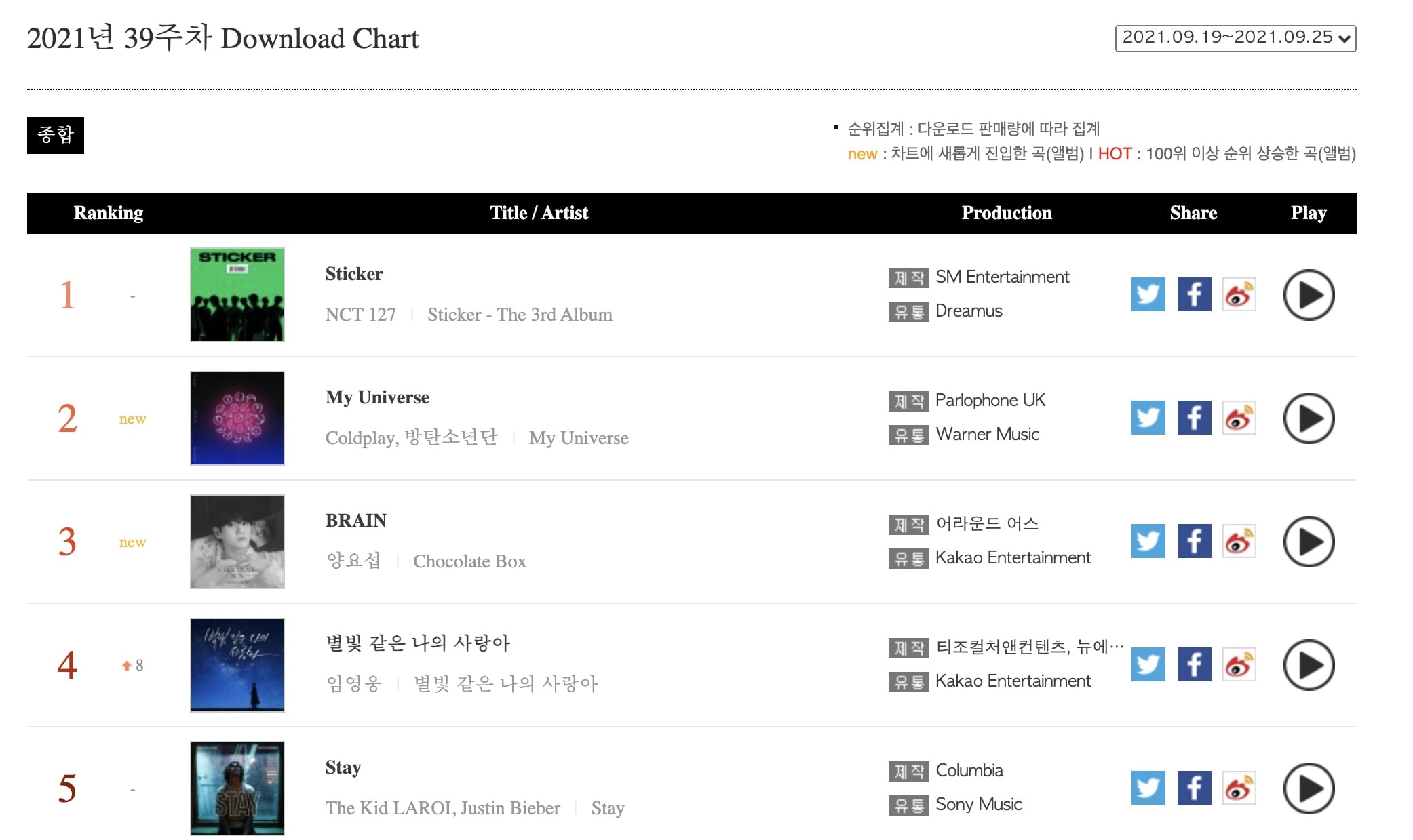 NCT 127’s “Sticker” topped the download chart for the second straight week in a row. Coldplay and BTS’s collaboration, “My Universe,” entered the chart at No. 2 this week, followed by Yang Yoseob’s “BRAIN.” Lim Young Woong’s “My Starry Love” rose up the ranks to take No. 4, while “Stay” maintained its position at No. 5. 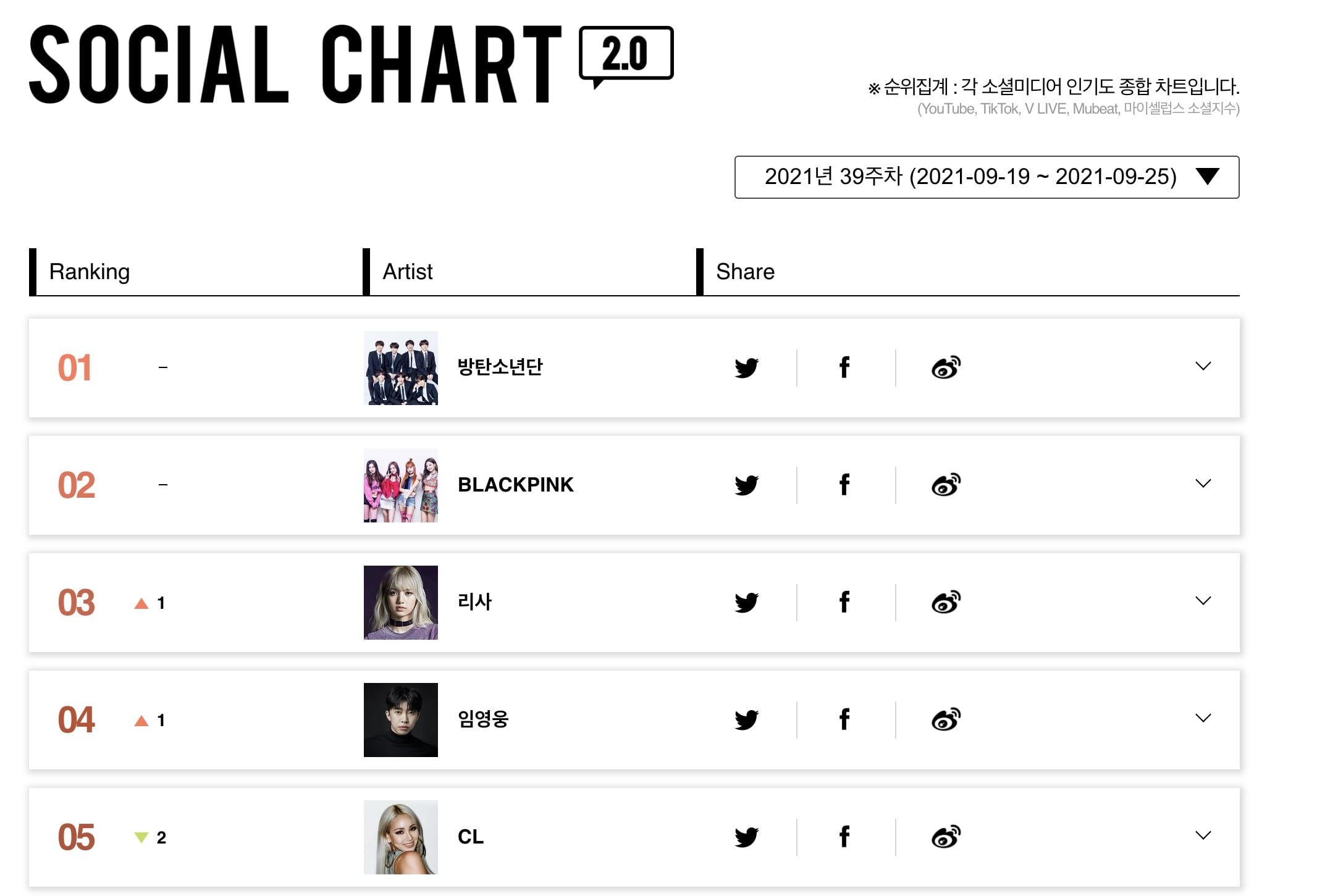 BTS and BLACKPINK maintained their positions at No. 1 and No. 2 on Gaon’s social chart, while BLACKPINK’s Lisa rose to No. 3. Lim Young Woong also rose one position to No. 4, and CL held on to her top five spot at No. 5.