TWICE has shared an exciting announcement!

The girl group revealed the music video for their first English single “The Feels” on October 1.

At the end of the music video, a poster was shown with a surprise announcement for TWICE’s upcoming plans. Their sixth anniversary week will be held in October, their third full-length studio album will be released in November, and they are also gearing up for their fourth tour. 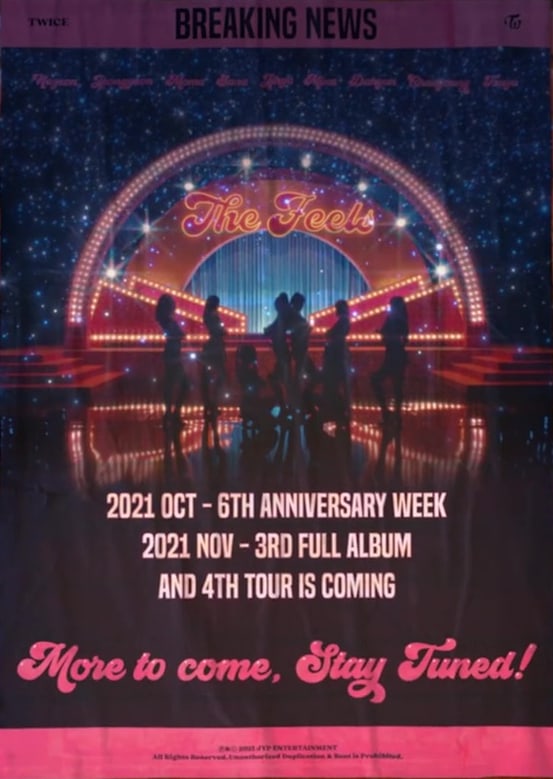