Watch: Honey Lee And Song Won Seok Showcase Amazing Chemistry On Set Of “One The Woman”

SB’’s “One the Woman” shared a hilarious new behind-the-scenes video!

“One the Woman” is a comedy drama about a corrupt female prosecutor named Jo Yeon Joo who gets amnesia and accidentally switches lives with a chaebol daughter-in-law named Kang Mi Na who looks exactly like her. Honey Lee stars as both Jo Yeon Joo and Kang Mi Na.

In the making-of video, Honey Lee and Song Won Seok prepare for the scene where Jo Yeon Joo hilariously assumes her husband Han Sung Woon (played by Song Won Seok) is seducing her. They rehearse the scene with the director, and the staff members can’t help but laugh at her comical acting.

Song Won Seok points to the exit and demands her to leave, and Honey Lee breaks character as she pretends to weep. He relaxes with a warm smile as she cries, “You!” 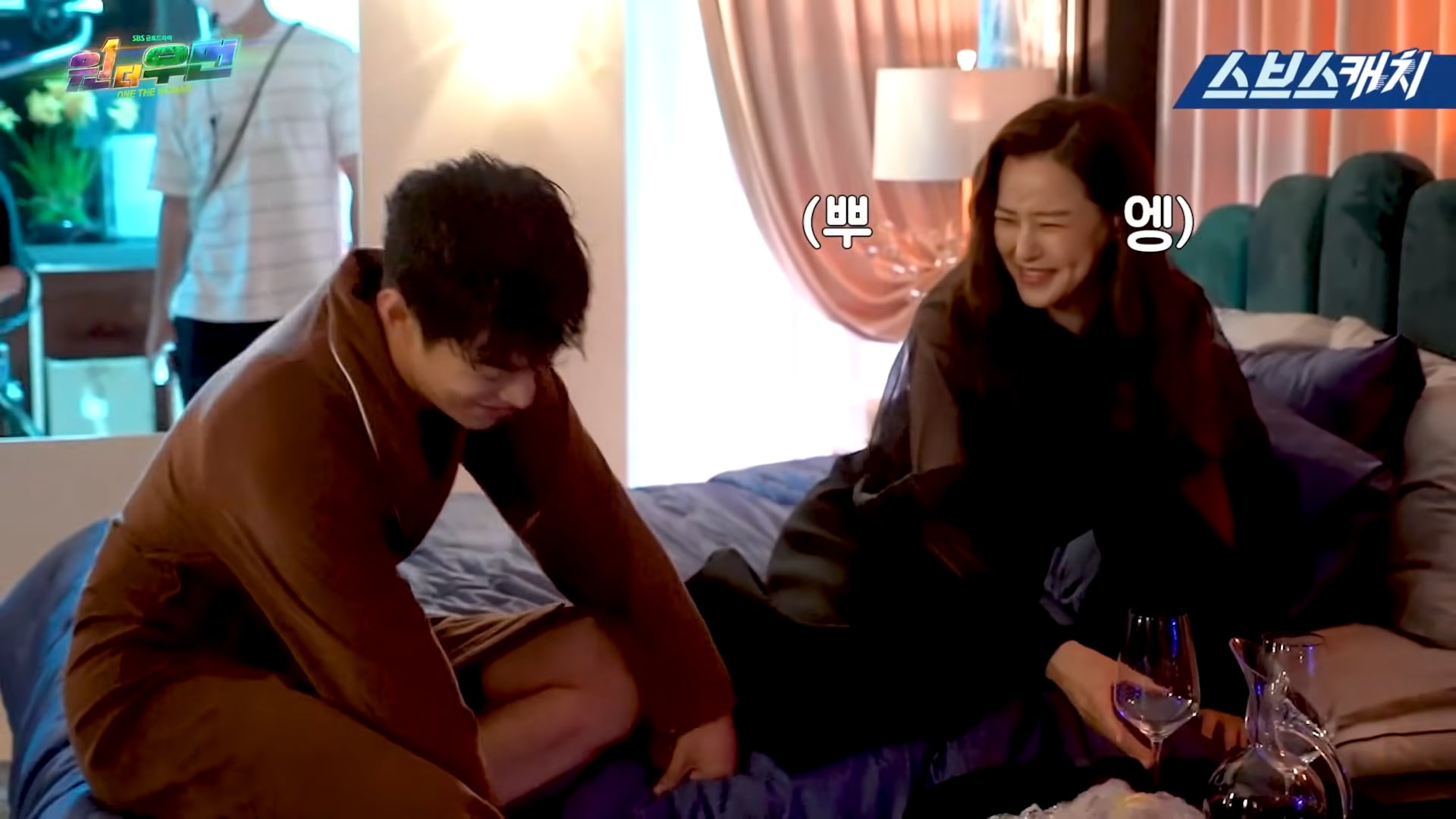 Before filming the next part, the director suggests Song Won Seok takes off his shirt. Honey Lee jokes, “Go do 300 push-ups outside.” Once the cameras turn on, they immerse into their roles. Although they make several bloopers, they continue to work hard to create a hilarious scene. The two can’t help but burst into laughter when the director points out how awkward Song Won Seok’s robe looks. 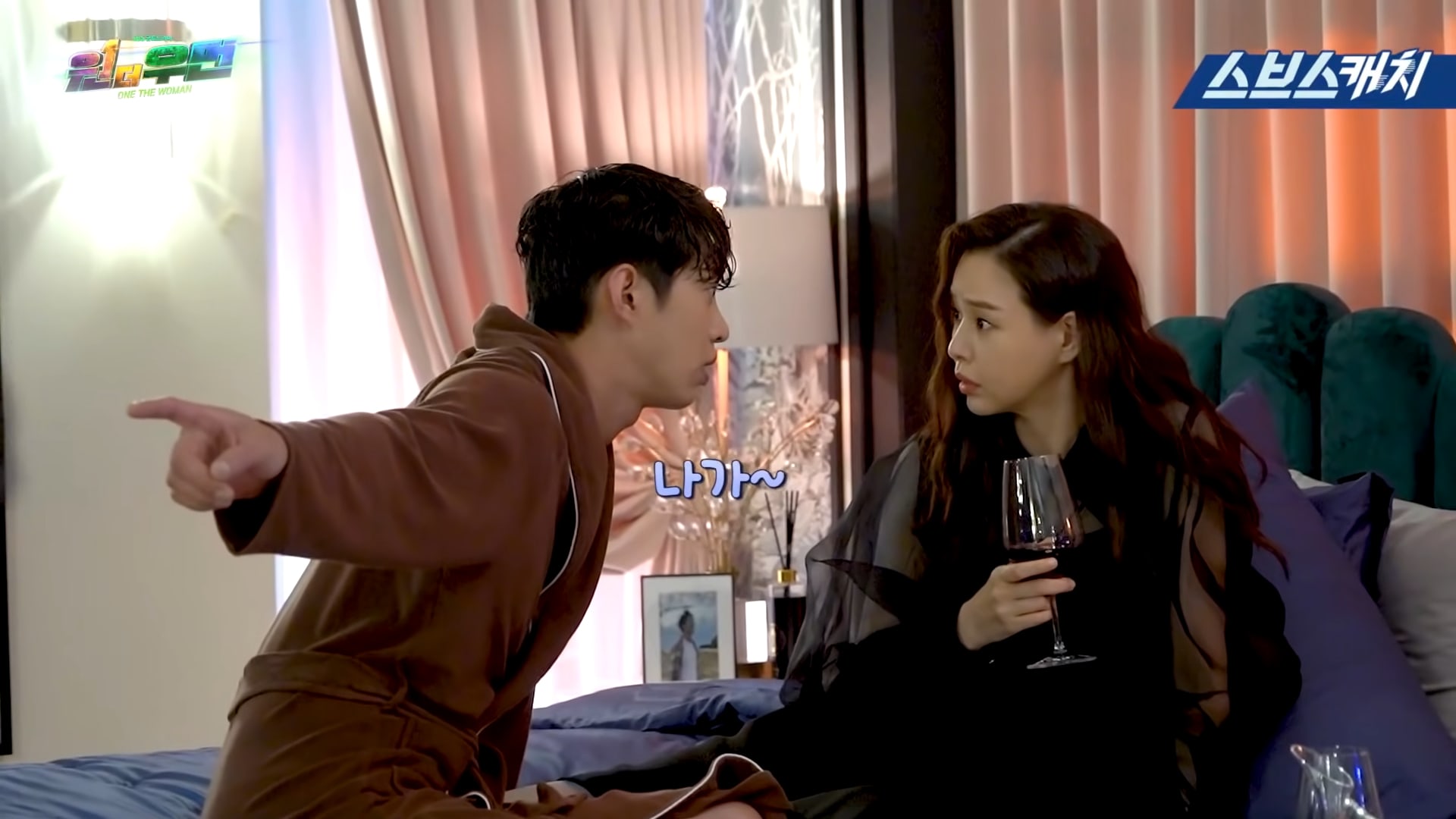 Honey Lee also works with Jin Seo Yeon, Jeon Gook Hwan, Na Young Hee, and Song Seung Ha, who play Kang Mi Na’s in-laws. Although her in-laws are terrible people in the drama, the actors who play them are nothing but sweet and kind. Once filming starts, they flawlessly transform into their characters. Jin Seo Yeon coolly says her lines and walks out of the camera’s view. She spins around and locks eyes with the making-of camera, and she struggles to hold in her laughter. That doesn’t stop her from flashing a bright smile though! 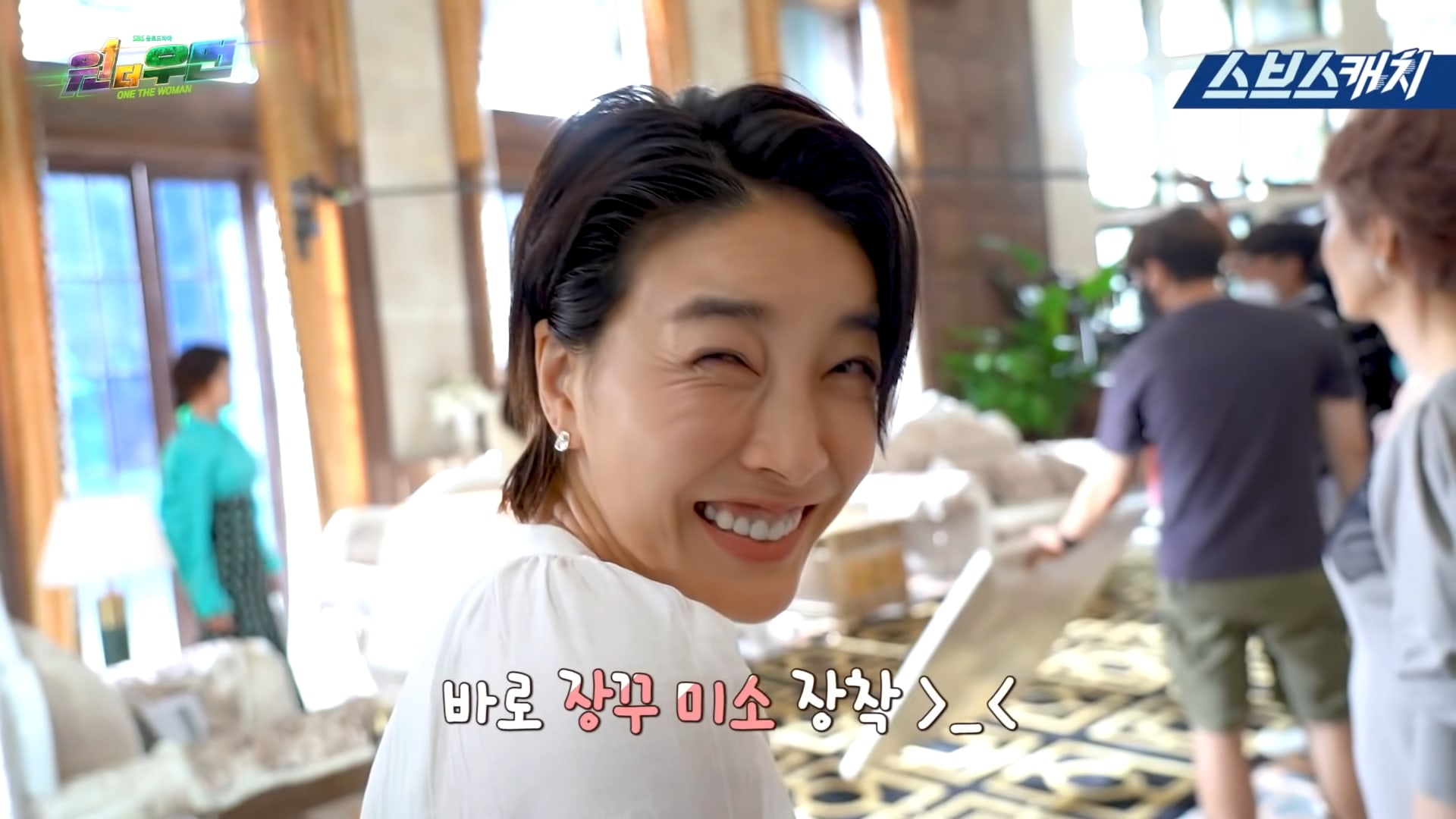 Check out “One the Woman” with English subtitles below: