On October 2, Choi Woo Shik revealed on Instagram that Park Hyung Sik had thoughtfully sent a coffee truck to the set of his upcoming rom-com drama “Us That Year” (literal title).

Posting two photos of the truck, Choi Woo Shik tagged Park Hyung Sik and wrote in an affectionate tone, “Thank you so much, Hyung Sik. Thanks to you, I was able to cool off in the hot summer with a cold iced Americano. Thanks~” 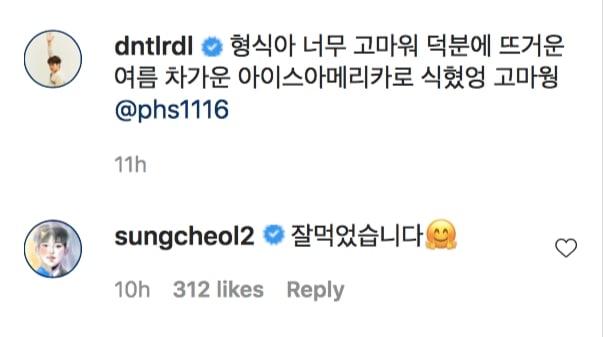 “Us That Year” is a romantic comedy about a former couple that is unexpectedly brought back together after a bad breakup when a documentary they filmed in high school 10 years ago suddenly gains popularity. Notably, the drama will mark the reunion of “The Witch” co-stars Choi Woo Shik and Kim Da Mi.

In the meantime, watch Choi Woo Shik in “Rosebud” with subtitles below!