In the previous episode, Yoon Hye Jin and Hong Doo Shik began their secret romance, acting sweet and very much in love with each other while also instantly switching personas when anyone else from the village appeared. Numerous comedic situations occurred as a result, such as how she turned her warm caress into a slap to the cheek, and her excited footsteps into a kick to the shin.

In one instance, Hong Doo Shik ended up with a nosebleed after Yoon Hye Jin butted heads with him, leading viewers to roar with laughter at the hilarious yet pitiful situation. Despite this and the great effort they made to hide their relationship, the villagers soon caught on to their scheme and congratulated the new couple, which led them to officially announce their relationship.

As they no longer have to keep their romance a secret, viewers are curious to find out if Yoon Hye Jin and Hong Doo Shik will display even more affection toward each other. The couple appears to be on a date in the new stills, smiling widely as they pose in school uniforms. Sitting on the sofa in Hong Doo Shik’s house, the pair appear especially bright and youthful, as if they had traveled back in time to their high school days. As they try out various poses, the distance between them grows smaller, with Hong Doo Shik wrapping his arm cozily around his girlfriend’s shoulders. 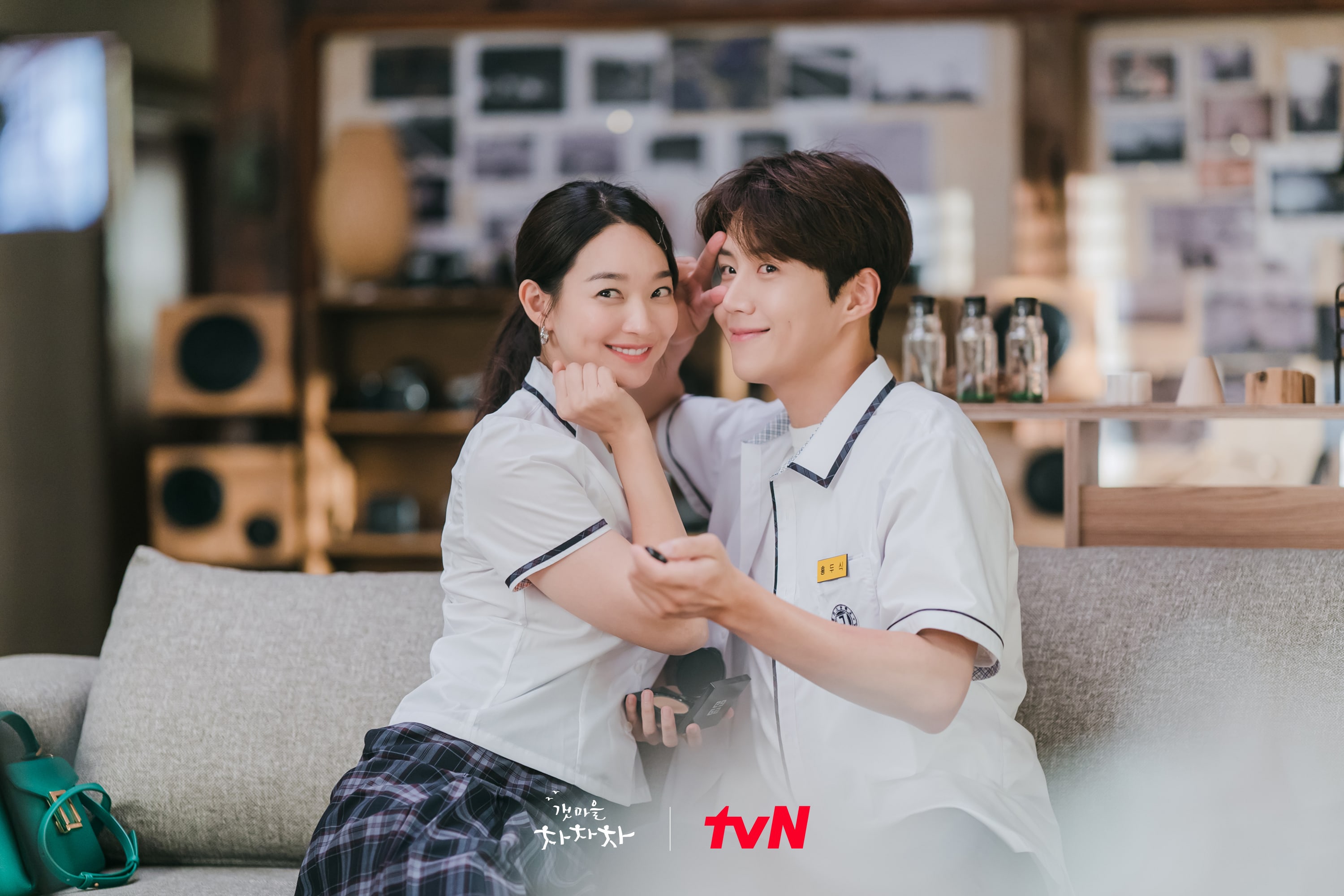 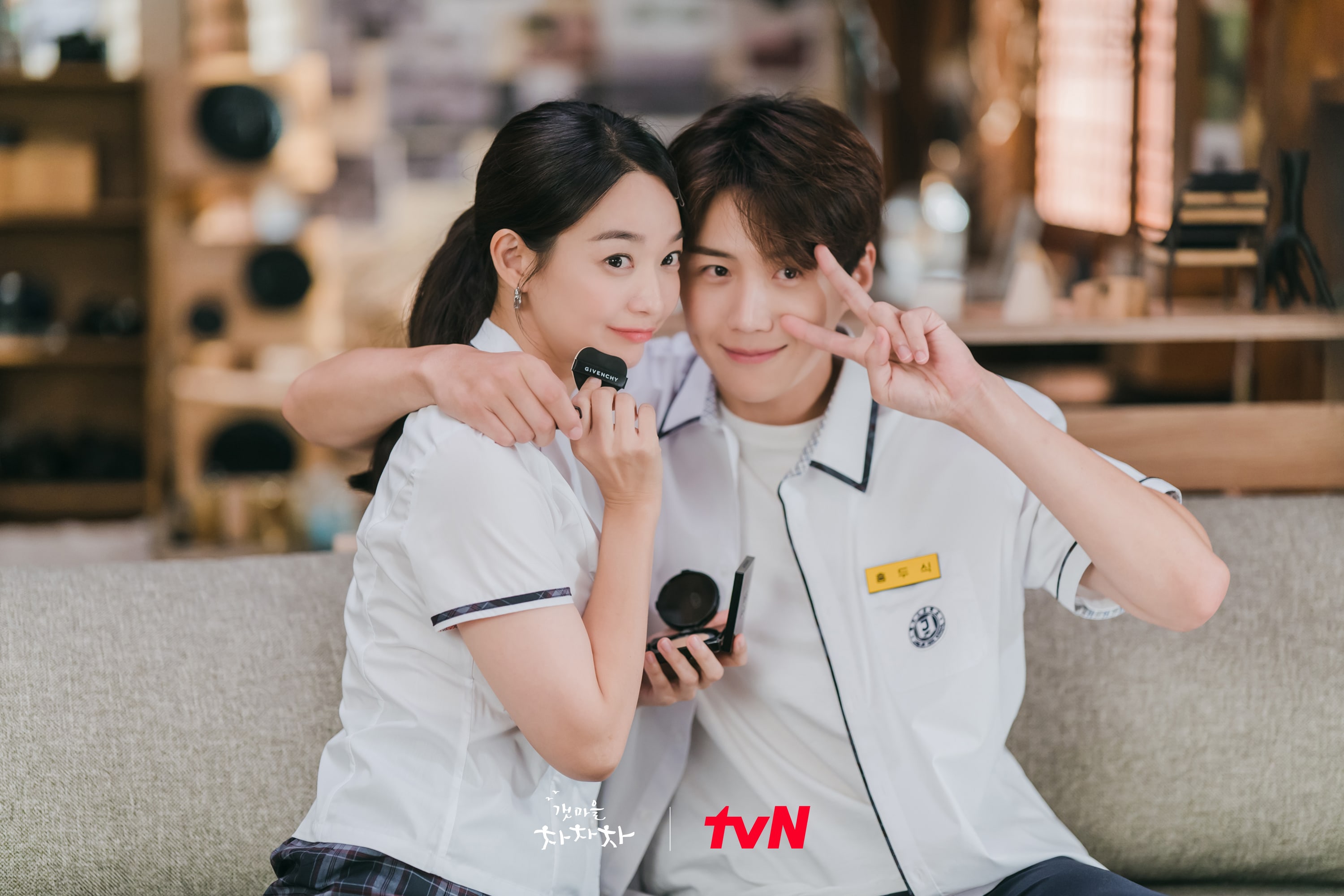 To find out what events led to the new couple’s sweet and heart-fluttering date, tune in to the next episode of “Hometown Cha-Cha-Cha,” which airs on October 3 at 9 p.m. KST.