“Squid Game” is a Netflix drama about a mysterious survival game with a reward of 45.6 billion won (approximately $40 million) on the line. 456 money-hungry participants wind up joining the game—only to learn that there is more at stake than just the prize money. Park Hae Soo plays Jo Sang Woo, the head of an investment team who is wanted by the police for stealing money from his clients.

Following its worldwide release in September, “Squid Game” became the first Korean series to top both the domestic and global Netflix TV show rankings, as well as the first Korean drama to rank No. 1 on Netflix’s Today’s Top 10 in the United States. Additionally, the series has maintained a top 3 ranking in 83 countries around the world.

Park Hae Soo reacted happily to the explosive popularity of the series, commenting, “Thanks to the drama’s popularity, I received congratulatory messages from all around the world for the birth of my child.”

Park Hae Soo mentioned that he had anticipated, to some extent, the worldwide popularity of “Squid Game.” He said, “Although they’re Korean games, there’s plenty of things for people to relate to. I figured that people would think a lot about these things while watching the drama. I also thought that it would do well since it was centered around a sort of extreme game. However, I didn’t think it would become quite this big. I’m starting to realize the extent of its popularity after getting lots of messages from people living overseas.” 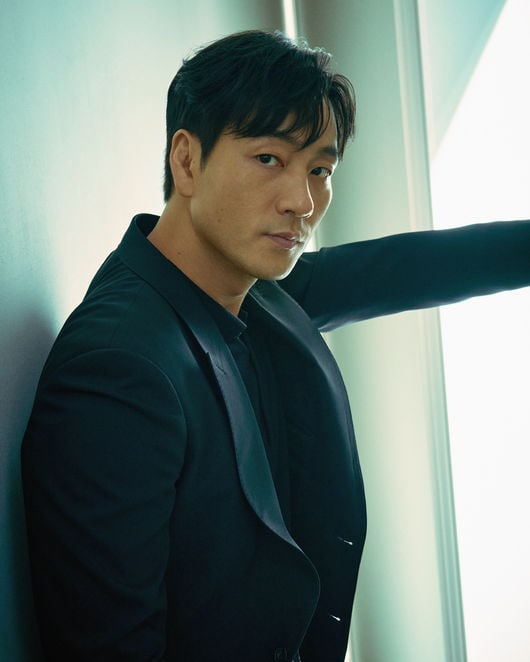 Park Hae Soo shared that it was the synopsis that drew him into the series, specifically mentioning the psychological changes that the characters underwent. As for his own character of Jo Sang Woo, he revealed, “While working on the drama, I never felt any differences between Jo Sang Woo and myself. The choices grew easier as it felt like I wasn’t acting, so it felt strange. Now that filming is over, I think I’m most similar to Sung Gi Hoon (Lee Jung Jae).”

The actor gave special thanks to Lee Jung Jae for helping him through the acting process. “As we were all living as our characters, it got difficult and we leaned on each other for support. As a central role, Lee Jung Jae approached us in a comfortable way,” he shared. “He’s sort of an ideal for us as actors, so it was an honor to work alongside him. I went to Lee Jung Jae’s house, where we drank wine and conversed a lot. He gave me plenty of advice about acting and where to go from here. I was very glad to work with him.”

Although viewers are anticipating a second season of “Squid Game,” the first season unfortunately ends with Jo Sang Woo’s death. Park Hae Soo agreed with the outcome, saying, “He was a character who had to die, which is a shame.” He added his hopes to appear in the series again as he said, “Who knows, the director could make a prequel. I hope I could at least appear in Sung Gi Hoon’s dream.” 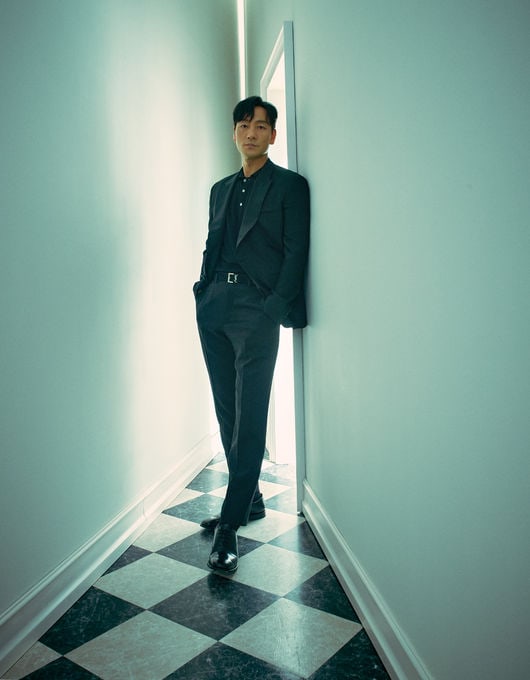 Park Hae Soo had nothing but high praise for director Hwang Dong Hyuk, mentioning that he was a big fan of his previous works such as “The Fortress,” “Silenced,” and “Miss Granny.” “He’s a director who takes on all sorts of challenges. He has a good sense of humor and wit,” he praised. “I want to keep improving and meet him again. He told Jo Sang Woo’s story by immersing himself completely in the character, and he explained the character’s rationale from the character’s perspective. I’m thankful for how he thought about Jo Sang Woo’s lines and edited them up until the day before.”

Park Hae Soo wrapped up the interview by expressing his gratitude for the viewers. “Although I’ve always been filming, it’s been a long time since I’ve come before my audience. I was really grateful for everyone’s reaction to ‘Squid Game.’ I’m glad since it feels like everyone is telling me I’m doing well and that I’m not wrong. I learned a lot while filming, but I’m also learning new things as my projects receive love from the viewers. I’m a student at 41 years of age.”

Check out Park Hae Soo in his previous film “Quantum Physics” below: