Wi Ha Joon Picks “Squid Game” Round That Would Eliminate Him, Shares Hopes For Season 2, And More

Wi Ha Joon of “Squid Game” recently shared his thoughts on the amazing popularity of the series!

“Squid Game” is a Netflix original series about a mysterious survival game with a reward of 45.6 billion won (approximately $40 million) on the line. 456 money-hungry participants wind up joining the game—only to learn that there is much more at stake than just the prize money.

Wi Ha Joon played police officer Jun Ho, who gets involved in the games in an unconventional way. He started off his interview by thanking fans around the world for their love and support and added, “When I saw how perfected the project was, I thought that many viewers would enjoy it, but I never could’ve imagined receiving this much love. It’s such an honor to be a part of a project like this and I’m so happy.”

One of the most buzzworthy scenes from “Squid Game” was when Wi Ha Joon’s character had to entertain the VIP guests. In order to conceal his identity, he reluctantly seduces one VIP member who takes a particular liking to him. The actor commented, “I didn’t know that this VIP scene would have such a hot response so I was surprised when this scene got the most buzz. Filming this scene wasn’t easy but I followed the director’s directions for every movement down to my fingertips and I worked hard to really capture my sincerity.”

Wi Ha Joon talked about his audition, explaining, “I went to the audition with the greed that I had to do this project because it was with such amazing actors and an amazing director. I really wanted to do well.” 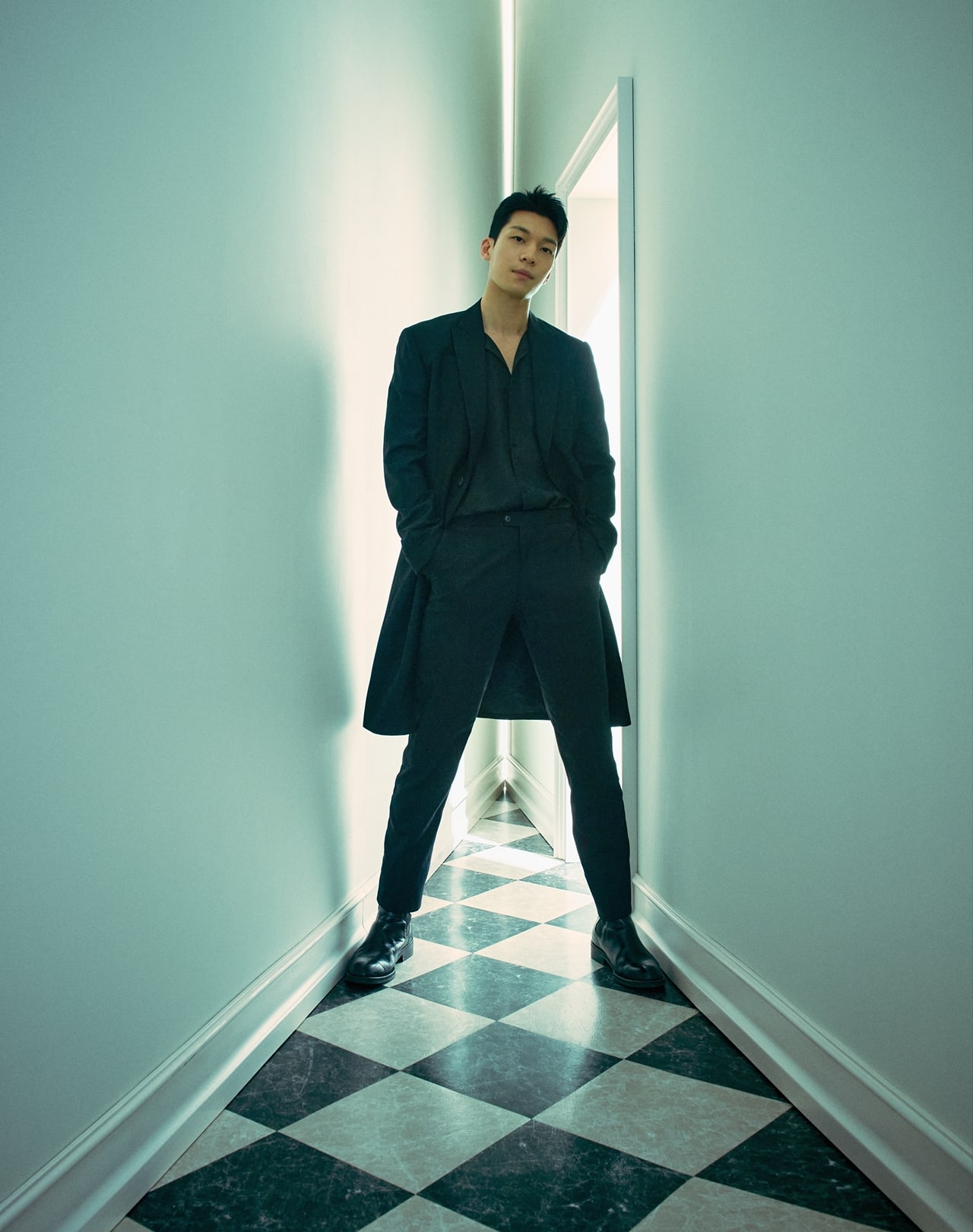 Regarding his character, Wi Ha Joon shared, “When I first saw the script, even though Jun Ho didn’t get a lot of screen time, I thought he was incredibly charming because he had his own story and played the role of introducing various events to viewers. When I was acting, I had to struggle to find my older brother, but I also had to record what was happening inside so I paid most attention to maintaining that tension. He was honest and determined and the character there with the best sense of justice.”

At the end of the series, it’s revealed that Wi Ha Joon’s brother is the masked front man, played by Lee Byung Hun. Wi Ha Joon commented, “I knew beforehand that I’d be appearing as brothers with Lee Byung Hun so I was very excited. I was incredibly excited before I even met him. It was such an honor. Lee Byung Hun is a senior whom I already really like. After acting with him, he’s evidently so amazing. My heart would race just from his gaze and one line. He took care of me in such a friendly manner when I saw him on set and when we were eating so I was really touched.”

Unlike the other actors who all played contestants of the game, Wi Ha Joon predominantly had scenes by himself. The actor explained that he was always lonely and added with a laugh, “I want to work with my seniors and learn from them while making memories and eating together.”

He continued, “Since I had to act alone for the majority of my scenes, I felt a lot of pressure about having to lead each scene by myself. However, I think I was able to complete it because the director and staff members led me well.” 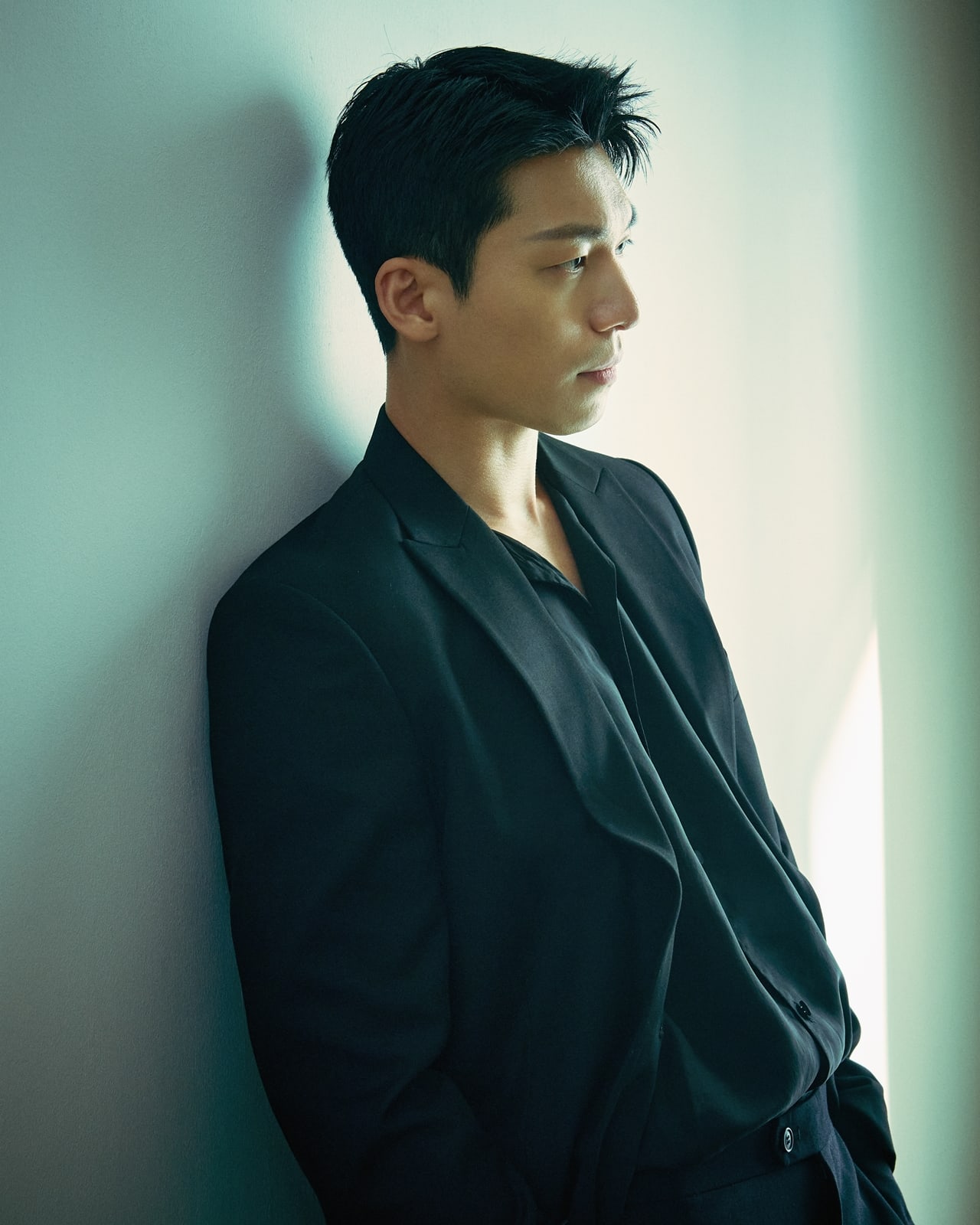 Due to the show’s overwhelming popularity, the interviewer asked what the actors said among themselves about their success. Wi Ha Joon recalled a recent chat with co-star Park Hae Soo and shared, “We congratulated each other and said we worked hard. He even praised me and said, ‘It’s thanks to you.'” He then revealed, “I’ve binge-watched ‘Squid Game’ three times now.”

Out of the six games featured on “Squid Game,” Wi Ha Joon was asked which one he thought would be hardest. The star answered, “If I was to participate, I think I’d be good at all of them except for the dalgona one. I’m not good at delicate things so I think I would’ve been eliminated at the dalgona stage.”

At the end of Season 1, Wi Ha Joon’s character Jun Ho gets shot and falls off the edge of a cliff. However, Wi Ha Joon shared high hopes for a happier ending, sharing, “My hope is that Season 2 comes out, Jun Ho returns alive, and the story with Jun Ho’s brother is resolved well. I really want Jun Ho to live. But it really can’t be predicted. Only the director knows. I want to live and appear in Season 2.”