Junho stars as Yi San, the direct descendant and eldest grandson of the king, who will later become King Jeongjo. Lee Se Young stars as Seong Deok Im, a court lady who wants to make her own decisions about life rather than be one of the king’s many women.

In the newly released poster, Yi San and Seong Deok Im are each in their own space. Seong Deok Im sits inside the library, while Yi San is separated from her by a thin sheet of cloth. The scene appears to be conveying the distance in status between the eldest grandson to the king and a court lady. The text above them reads, “The king loved the court lady. Did the court lady love the king?”

Although their eyes don’t meet, the two people seem to be aware of each other’s presence, creating a heart-fluttering thrill. Yi San appears to fondly glance at Seong Deok Im through the thin fabric, while Seong Deok Im makes effort to ignore his gaze. Despite the static atmosphere, their feelings can’t help but waver, making viewers curious about the upcoming romance and chemistry between the two actors. 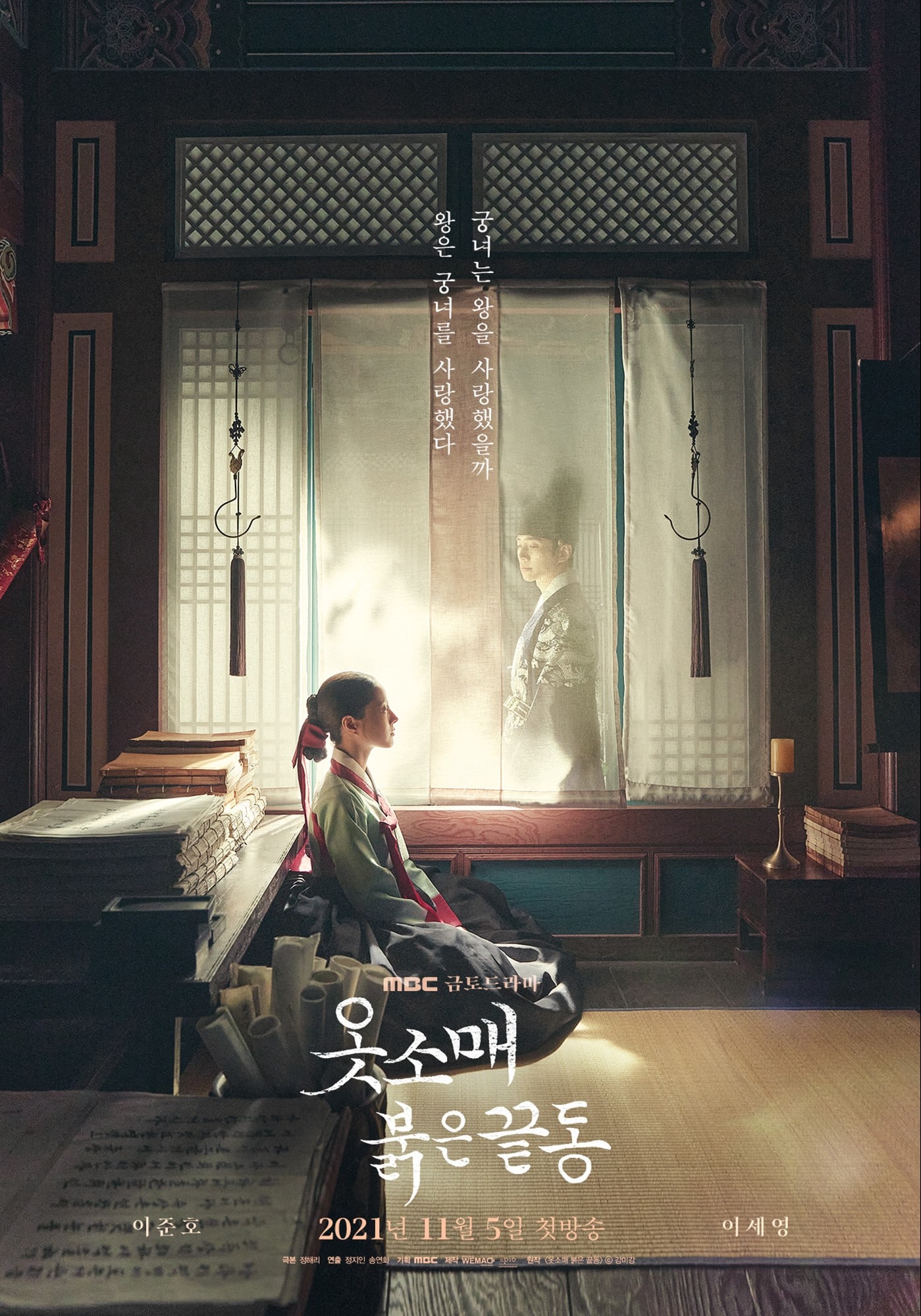 “The Red Sleeve” premieres on November 5 and will be available on Viki. Watch a teaser for the drama here!

And Junho in “Wok of Love“: