The first teaser poster has been revealed for “Snowdrop”!

The teaser poster shows the young lovers gazing at each other as they dance together under a spotlight at a party. The text on the poster reads, “The blooming of radiant first love.” 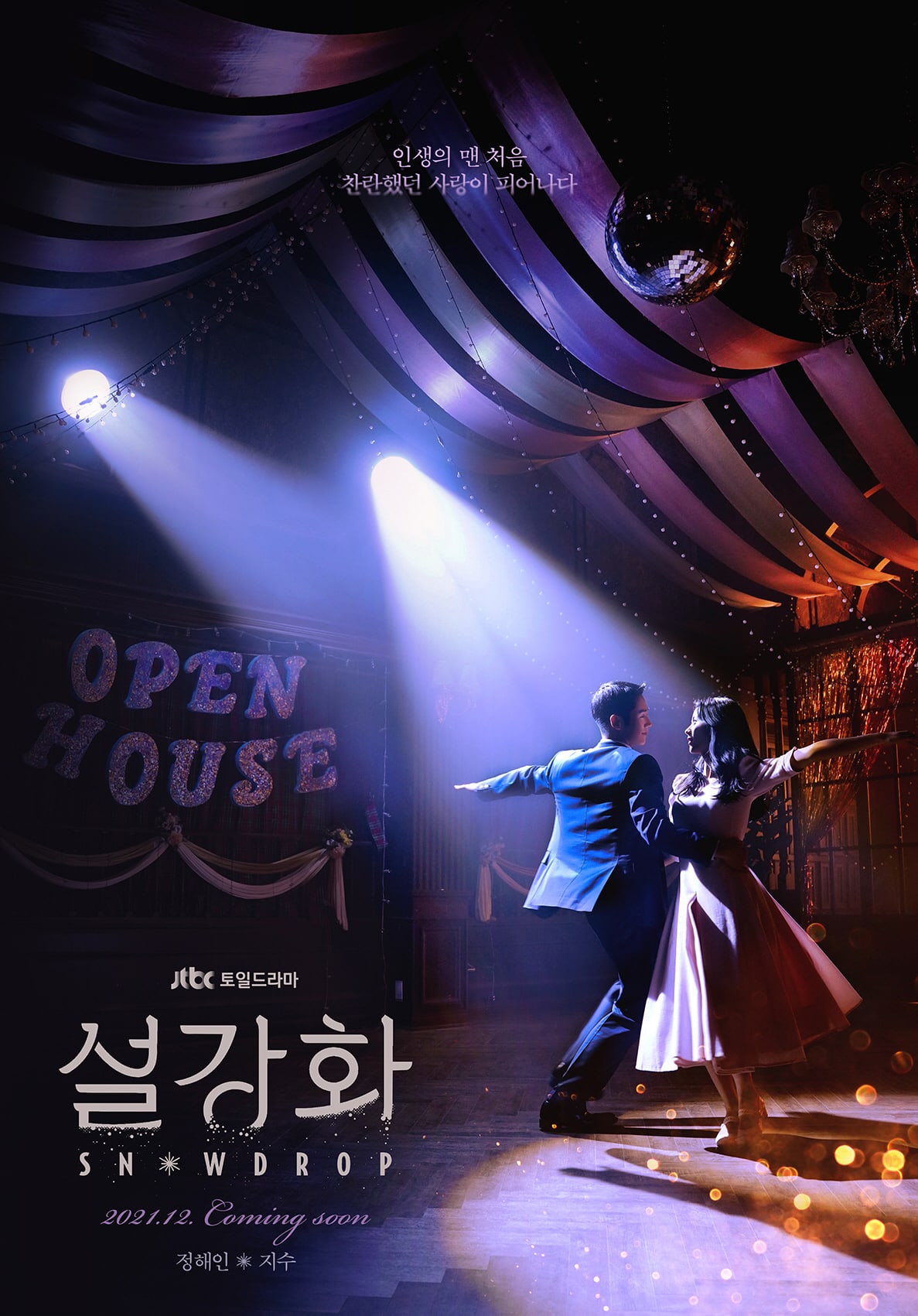 While waiting, watch “SKY Castle” below: