On October 5, aespa held a press conference for the release of their first mini album “Savage.”

This is their first comeback since the release of their debut single “Black Mamba” in November 2020. As of October 4, “Savage” exceeded 401,088 stock pre-orders.

Karina commented, “I was very surprised to hear that [the album] surpassed 400,000 stock pre-orders. I didn’t expect it to receive so much attention because it’s our first album. Thank you for your love.”

Winter added, “I was surprised and happy to receive such overwhelming interest even though we’re just rookies who haven’t debuted that long ago. I think [people] are listening to our music or watching our performances because they’re curious about metaverse and avatars, which haven’t been around before. Rather than feeling burdened, we wanted to show people that we’re improving and growing, so we worked harder.” 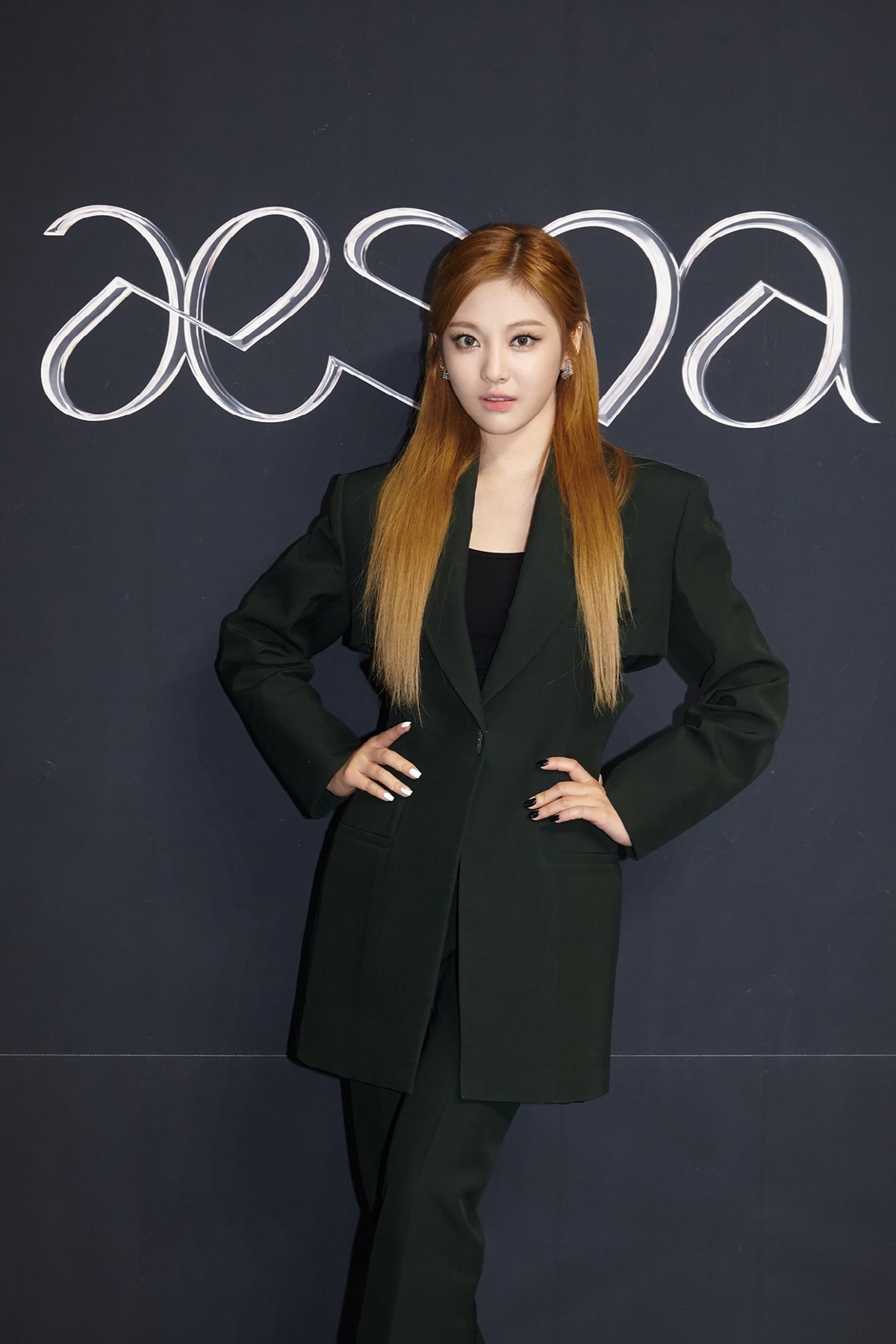 Their title song “Savage” is a trap genre song centered on drums and bases that features a unique rap, powerful ad-lib, and addictive hooks and cords.

Ningning said, “‘Savage’ is a song that shows a strong fight against the Black Mamba, so we tried to show a more relaxed yet powerful appearance.”

Karina explained, “There is a choreography about [the line] ‘You can’t beat me, tsk tsk.’ Fans can easily follow along, so I hope they can enjoy it with us. The key part was directed by Lee Soo Man. We recorded the chords of the chorus as ‘zzzzz,’ but he wanted it to be the key point of the song, so it was revised to ‘tsk tsk.’ When we say ‘I feel really sorry for you,’ we say ‘tsk tsk,’ so the [song’s] message was changed to how the Black Mamba can’t be compared to us.’

Then Giselle shared, “First, the Black Mamba appears, and the story continues to show us going into the grassland. Then with the help of NAVIS, we fight against the Black Mamba. There are combat skills and assistants, and we carry out additional duties.”

Karina continued, “We tried to show our worldview and SMCU (SM Culture Universe) in a variety of ways by using things like animation, avatar, and motion graphics. In order to express the unique worldview more intensely, we applied the metaverse genre. By using CGs (computer graphics) and equipment, it allows viewers to immerse themselves [into the story] more.” 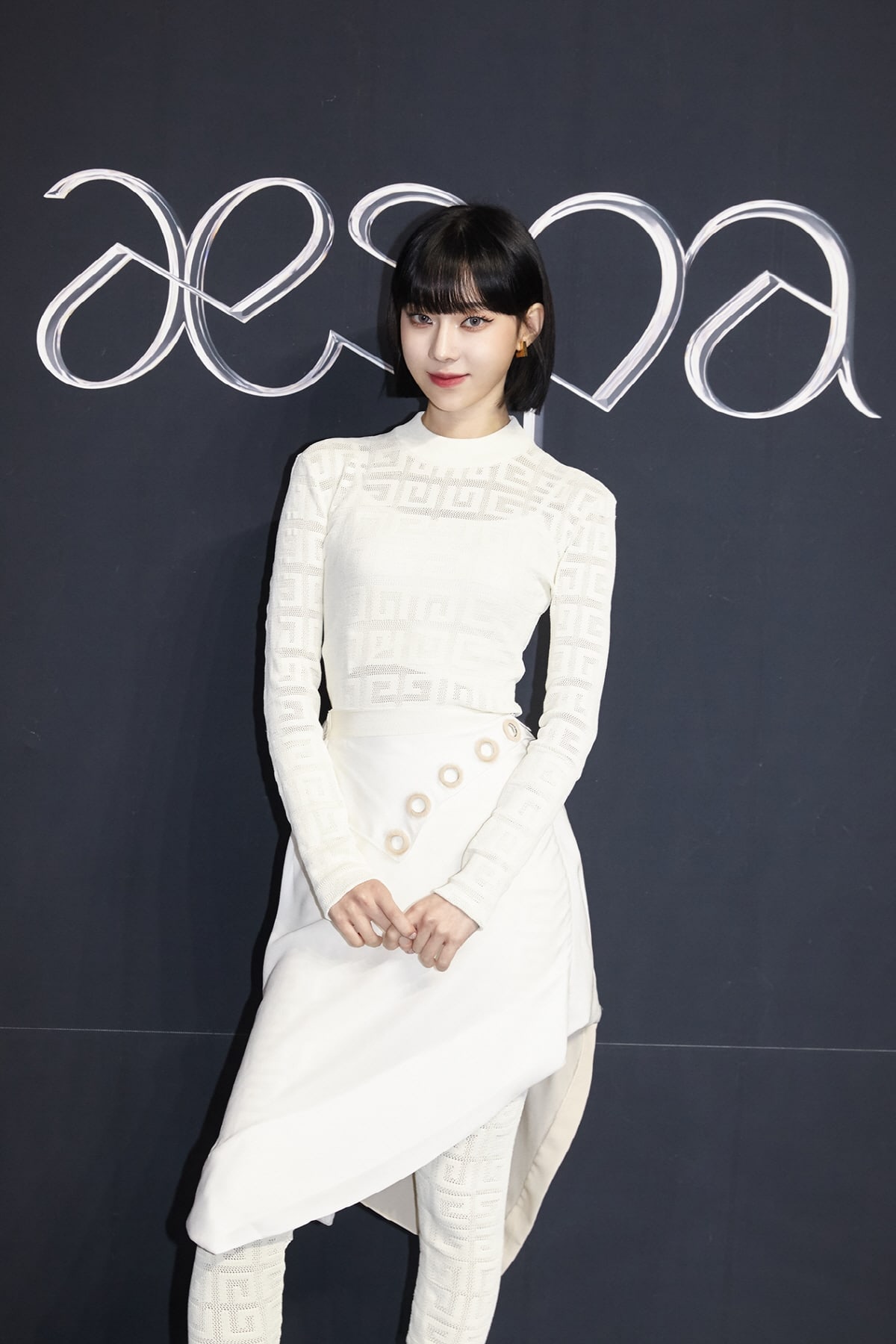 Many fans covered the highlight choreography for “Next Level,” and they’re eagerly anticipating the “Savage” performance. Winter hinted, “We paid extra attention to showing the powerful and strong side of ‘Savage.’ We acted as if the camera was the Black Mamba’s eyes and it was slithering [on the floor] while looking right at us. We also tried to dance while gazing intensely at the camera as if we were going to break it.”

Winter shared, “This is our first mini album after ‘Black Mamba.’ We’ll be able to show fans various sides of us through our dance songs, pop songs, and songs with our worldview, including ‘Savage’.” Giselle commented, “Lee Soo Man directed down to the smallest details, like the chords and pronunciation, so we worked hard with the hopes that we could show a better side of us.” 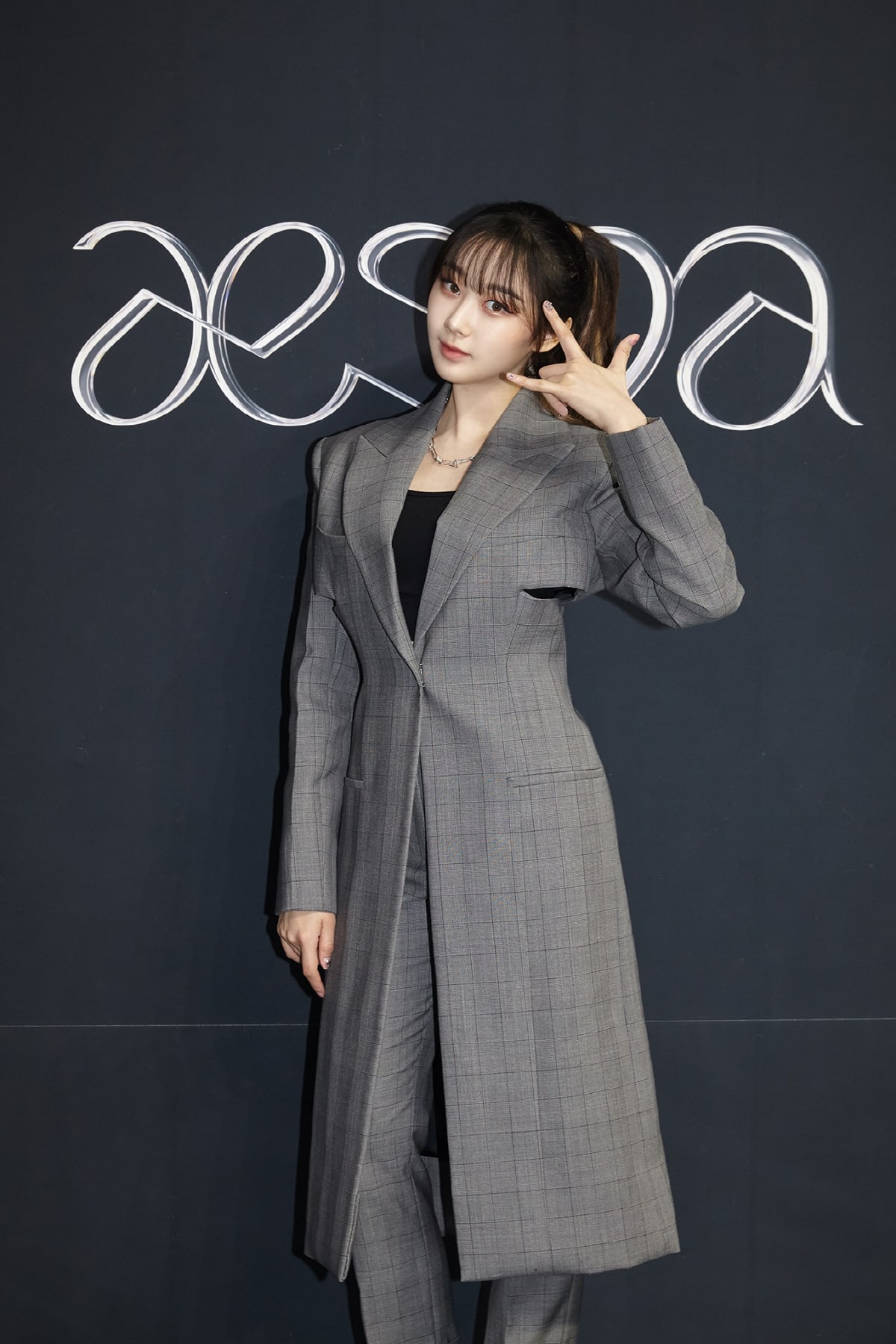 aespa will celebrate their first debut anniversary in November.

Ningning remarked, “It’s already been a year since we debuted. It seems like we just performed ‘Black Mamba’ for the first time yesterday, but time flies. At first, I felt awkward and nervous in front of the camera, but now I’m used to it and I can enjoy the stage. I’m grateful to our fans.”

Then Winter said, “I hope we can be aespa, the daughter of Kwangya (wilderness). We’re the latest idols to debut in SM Entertainment. When people think of aespa, they’ll think of Kwangya, our worldview.” Karina added, “We’re a team that can pull off not only intense songs but also various styles, and I would like to inform people of the expansion of our worldview. I want to hear people say, ‘It’s what I expected from aespa.'” 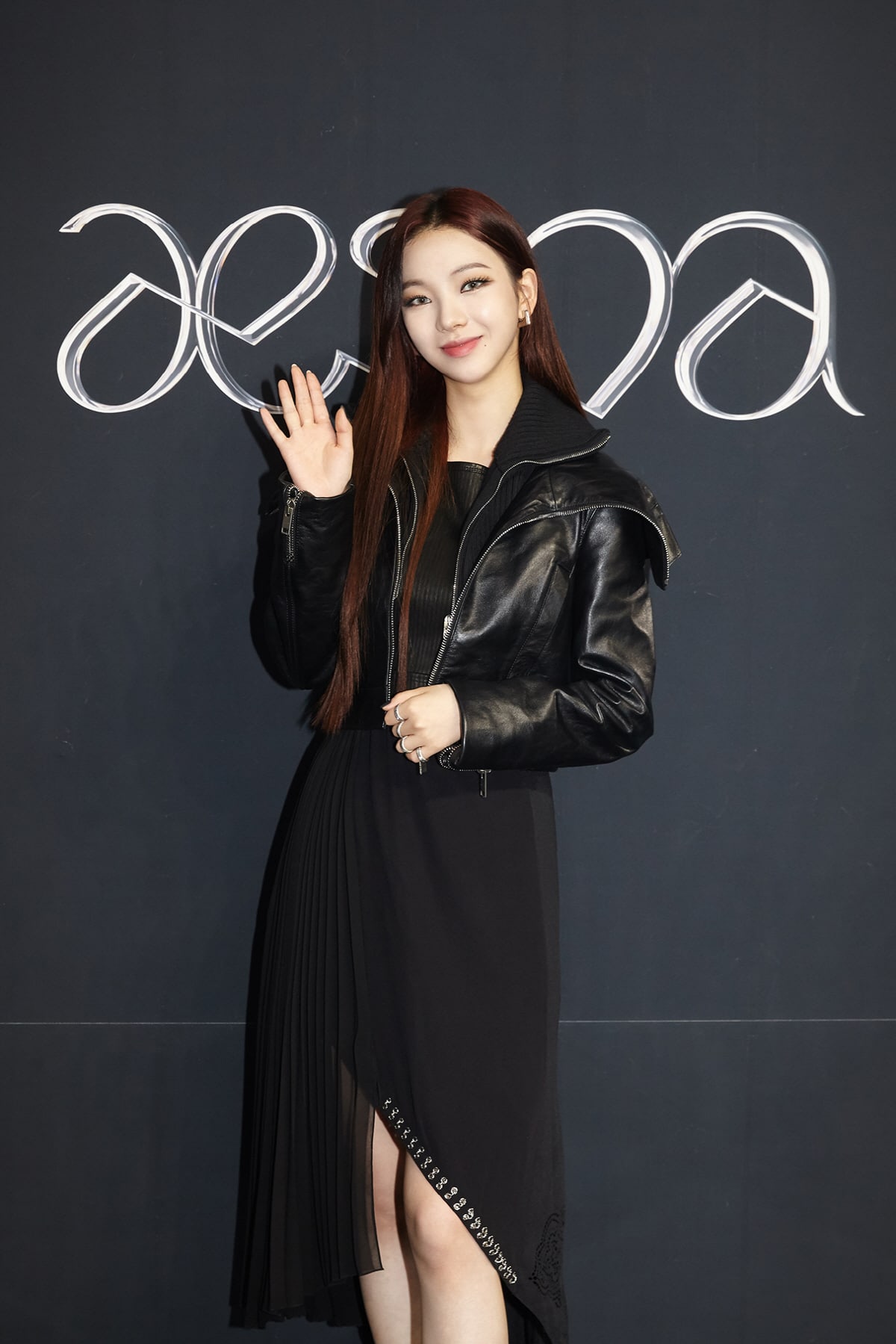 “Savage” is set to be released on October 5 at 6 p.m. KST. Check out the teasers here!