“Inspector Koo” is a comedy-mystery drama starring Lee Young Ae as the titular Koo Kyung Yi, a brilliant insurance investigator who used to be a police officer, but became a recluse after the death of her husband. Despite no longer being a police officer, Koo Kyung Yi enjoys solving cold cases for the thrill of it, and she winds up facing off against a female college student who is secretly a serial killer when she begins investigating a mysterious murder case.

Lee Young Ae is expected to impress with her acting once again as she portrays the life of a former police officer who becomes a homebody. On October 5, the drama’s producers shared a glimpse of Koo Kyung Yi’s daily life.

In the new stills, Koo Kyung Yi is playing a game in her dark, messy room. She’s so concentrated in the game that she looks like she’s about to fall into the computer screen. When she achieves victory, she celebrates by raising her arms in the air with an elated look on her face. Another photo shows that she’s also in love with alcohol. She looks like she’s on top of the world as she holds a can of beer, and she doesn’t care that her shirt is marked with food stains. 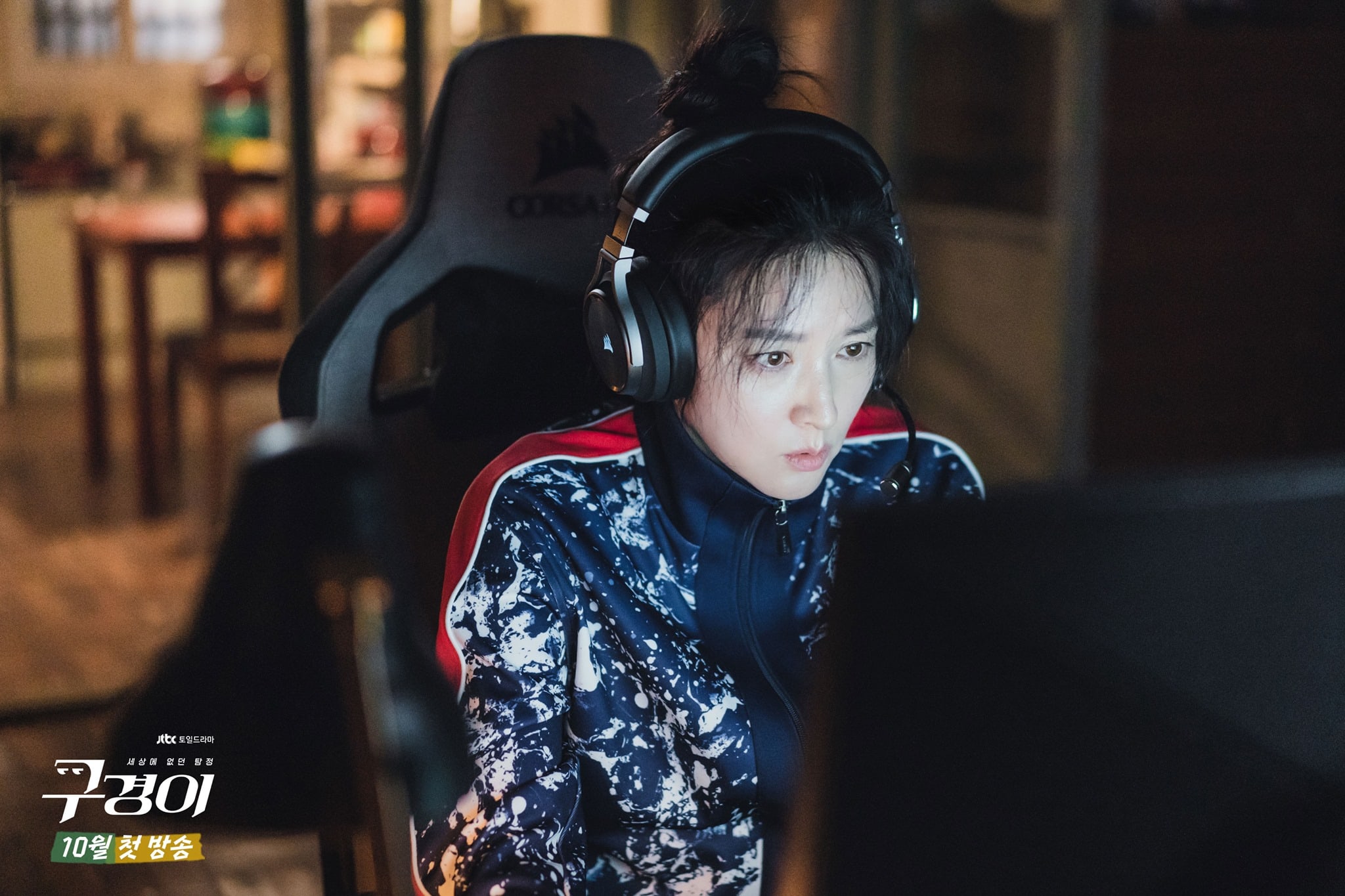 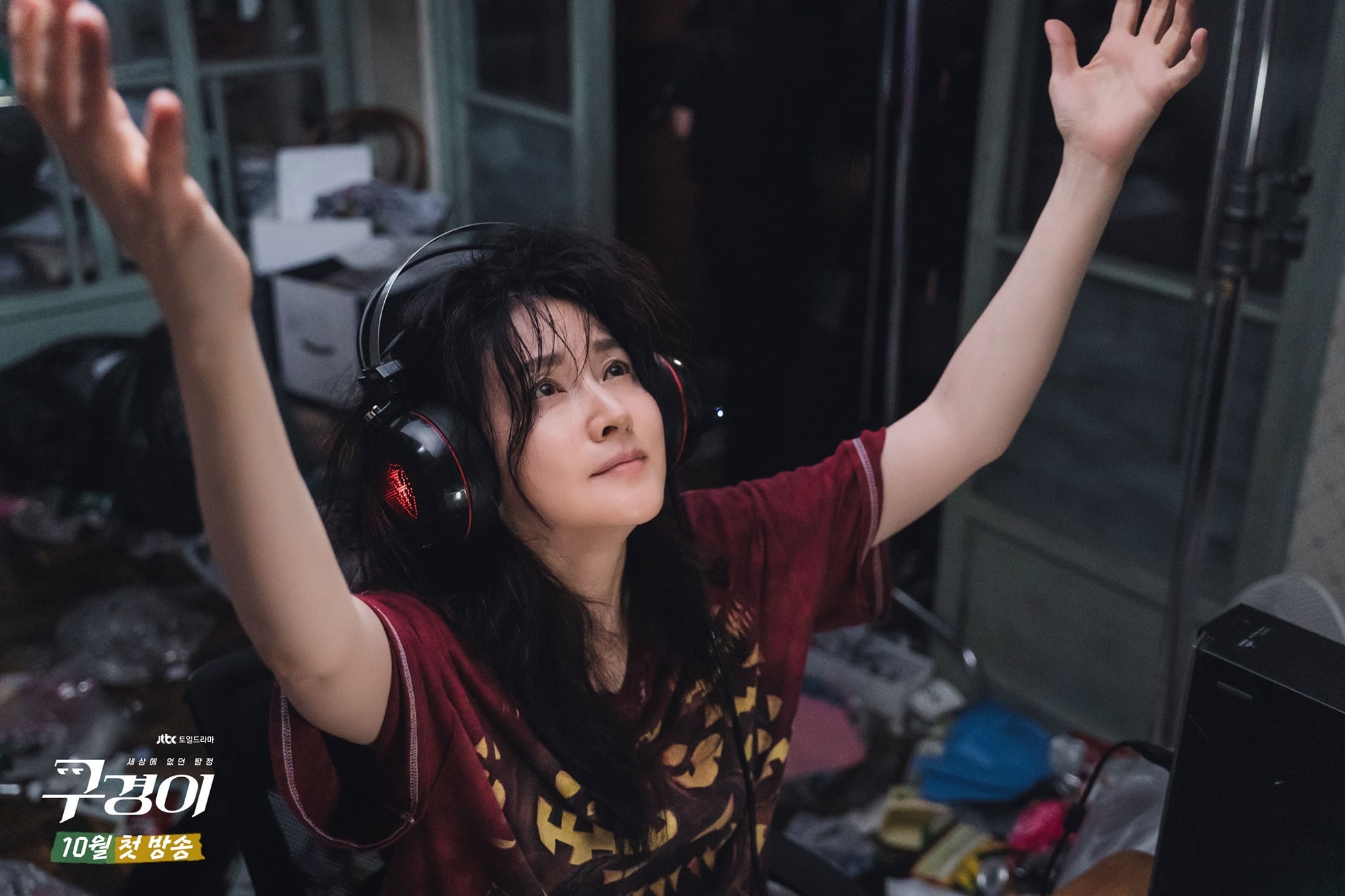 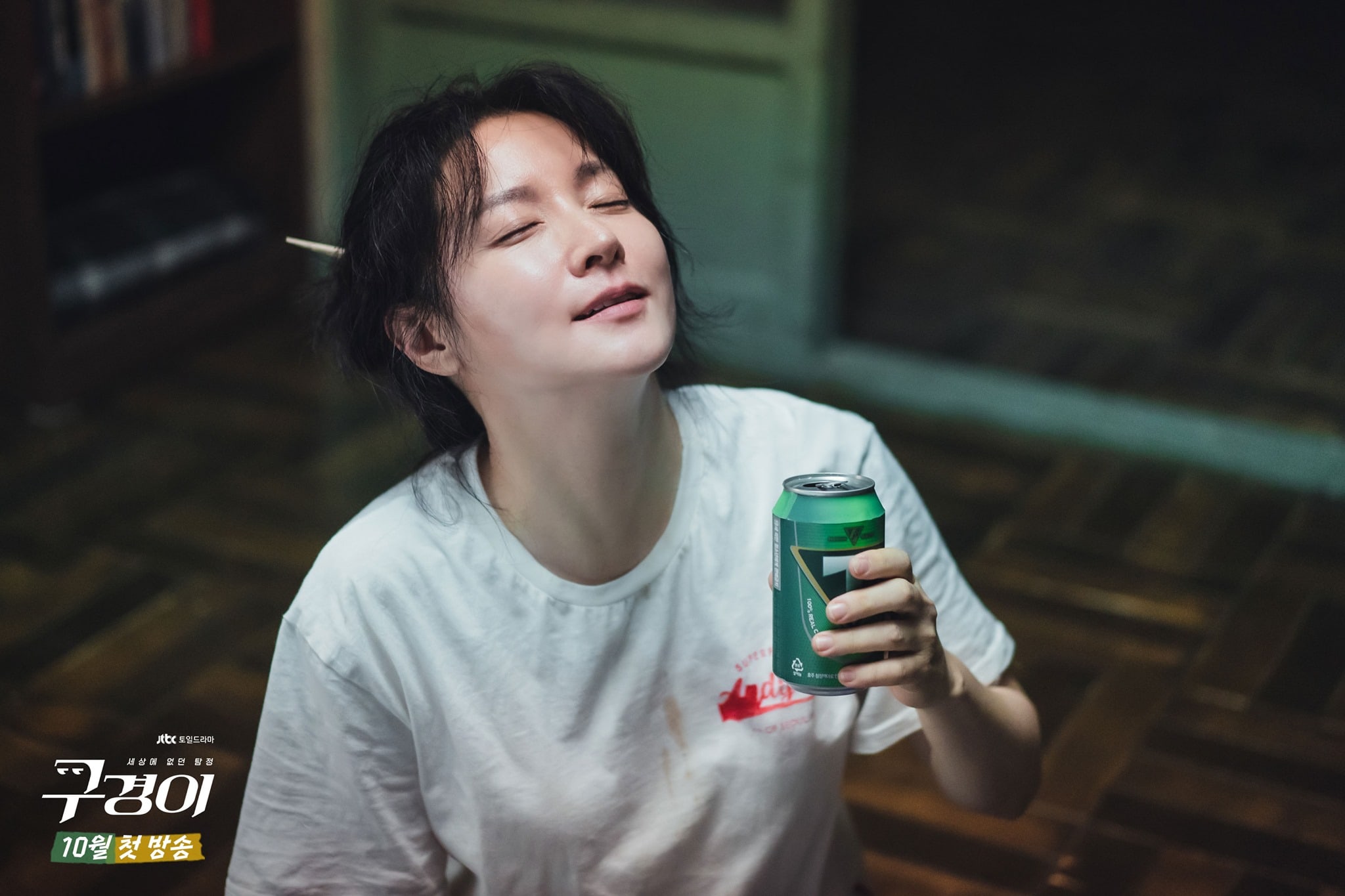 “Inspector Koo” will depict a story in which such a homebody comes out and digs into a mysterious serial murder disguised as an accident. This incident will put the spark back in her life and motivate her to pursue her passion.

The drama will premiere in October. Check out a teaser here!