In episode 4, Kim Dal Li announced a temporary management system for the Cheongsong Art Gallery, and she had a confrontation with Jin Mu Hak about the art gallery’s management after Jin Mu Hak self-appointed himself as the director. In the upcoming episode, Jin Mu Hak will attempt to transform Cheongsong Art Gallery into a money-making art gallery and reveal a plan to save it, causing the two to face off once again.

The newly released stills capture Jin Mu Hak and Kim Dal Li standing extremely close to one another as they share a tense confrontation. Although they’re not smiling and exude an almost hostile atmosphere, the scene still manages to make the viewers’ hearts flutter. 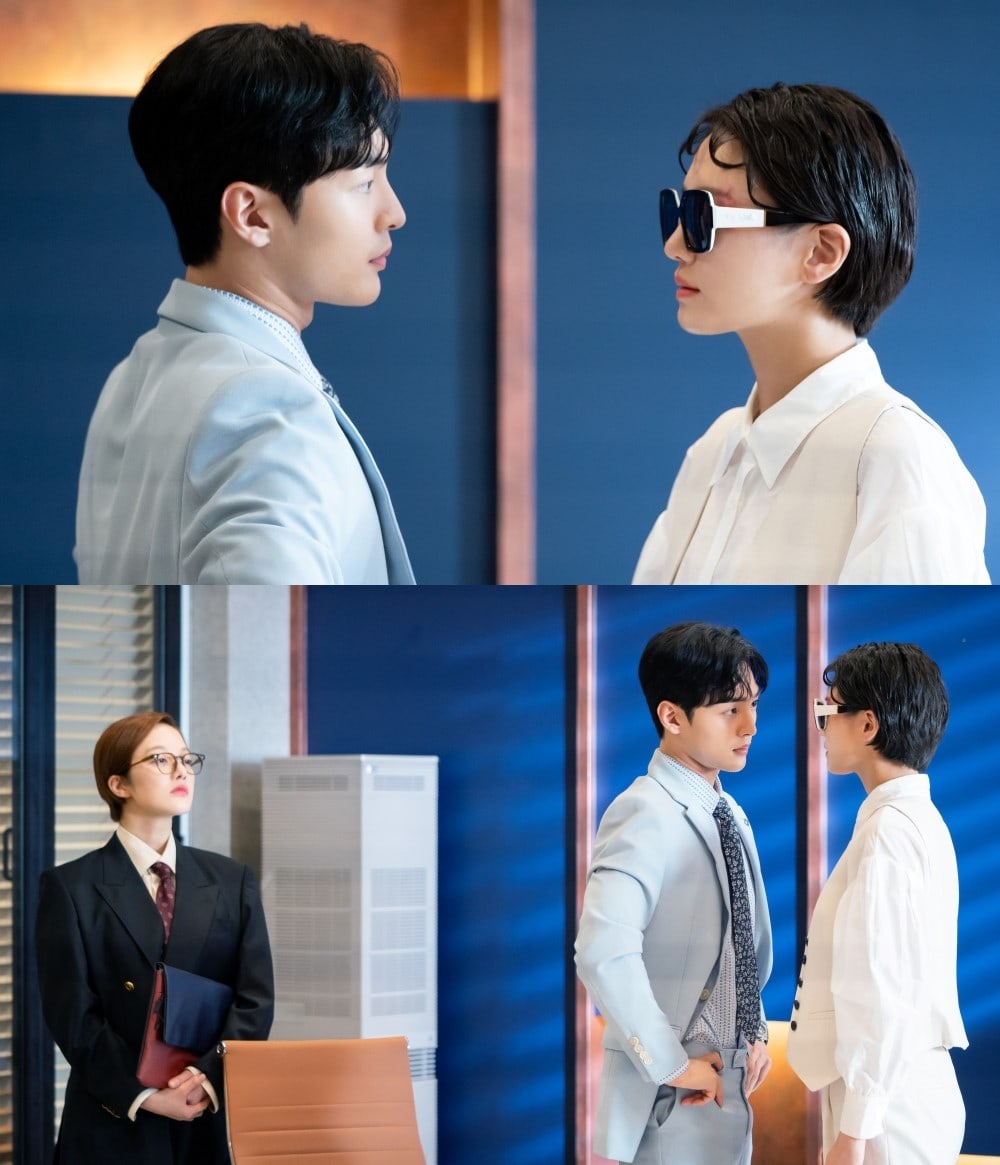 Furthermore, Kim Dal Li comes to Cheongsong Art Gallery wearing a unique pair of shades. Her appearance raises questions since she looks colder than her usual bright and calm self. 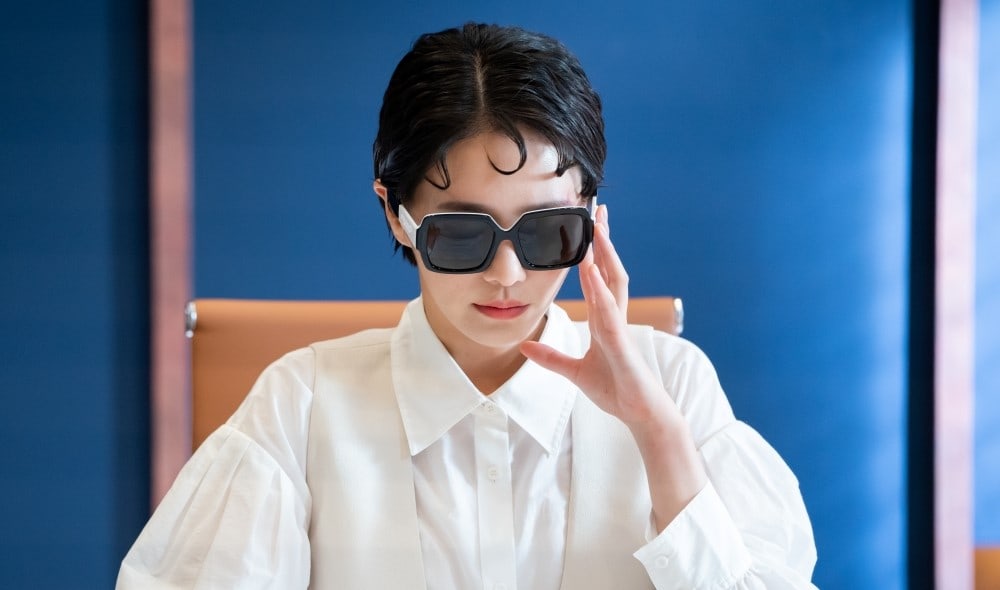 Meanwhile, Jin Mu Hak can’t hide his angry expression as he shoots lasers from his eyes. He clearly displays his discomfort, making viewers wonder how their confrontation will play out. 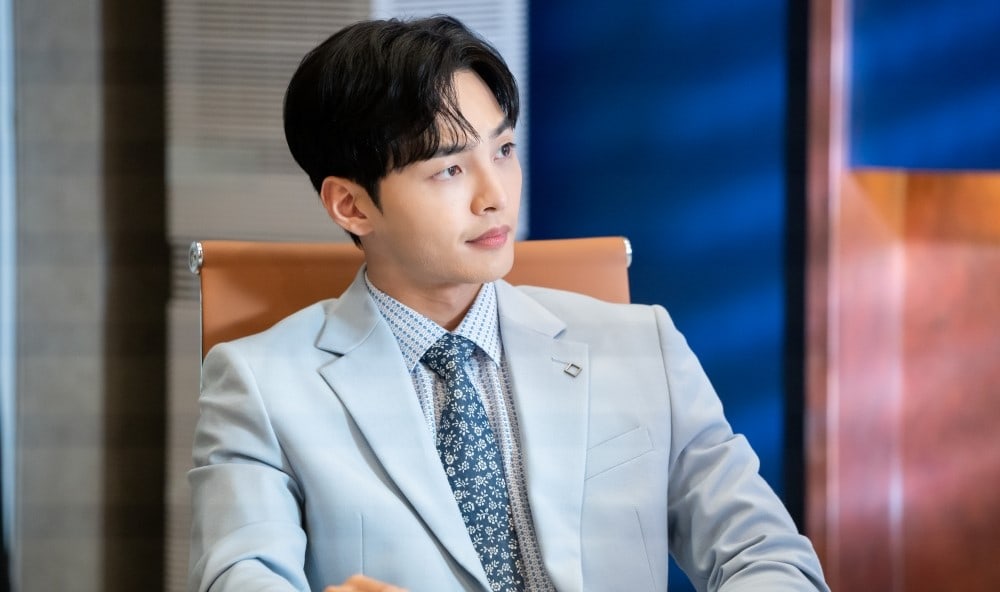 The production team shared, “Mu Hak and Dal Li will have a tight confrontation because they don’t see eye to eye on the director position. The chemistry of the two who always bicker but still manage to make viewers’ hearts flutter will be revealed through episode 5, so please show lots of interest.”