The cast of KBS 2TV’s “Police University” has shared their closing remarks!

Earlier this week, KBS 2TV’s “Police University” aired its finale on October 5 to steady ratings. The drama followed the story of the chaotic investigation that ensued when a professor at an elite police university (played by Cha Tae Hyun) teamed up with his students.

Following the drama’s conclusion, the starring cast of “Police University” expressed their gratitude to viewers and picked their favorite scenes.

Cha Tae Hyun shared, “Thanks to ‘Police University,’ there were moments of heartache, but also fun and enjoyable moments. I’m thankful we were able to wrap up the drama without any accidents. I want to sincerely thank the director and staff members who went the extra mile for this project, as well as my fellow actors and the viewers who were with us every week. I hope everyone takes care of their health.”

The actor continued, “The most memorable scene for me was in Episode 9, when Yoo Dong Man leaves the police university in order to catch the illegal gambling ring operator Go Duk Bae [Shin Seung Hwan]. In his resignation letter, it says, ‘I thought it’d be better to catch people worse than me rather than teach those better than me, so instead of a professor, I’m returning to be a detective.’ It was memorable because you could feel Yoo Dong Man’s raw sincerity towards his students, as well as his feelings agonizing on the line between detective and professor.”

For Yoo Dong Man’s best line, Cha Tae Hyun chose “If we police officers do not give up, justice will come no matter what.” He explained, “I thought this was the point where he showed Kang Sun Ho his dependability as a partner and highlighted the reason why he was boldly pushing for the investigation. I also liked that it was a line that you could think about in your own life.” 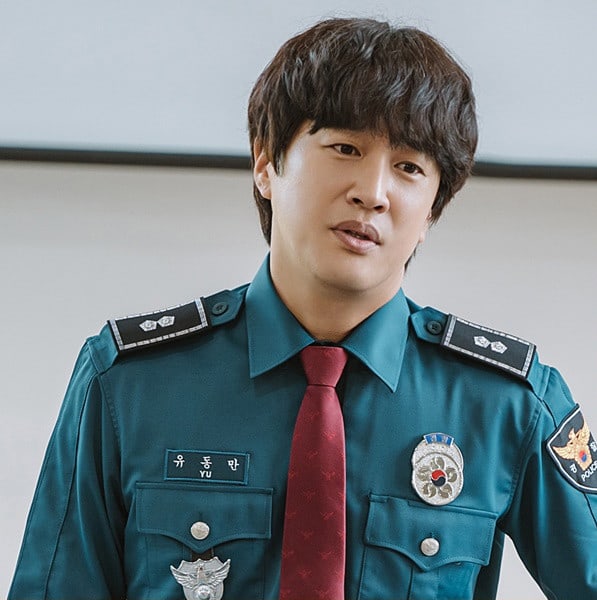 Meanwhile, Jinyoung shared, “I was happy to be able to film with people I like for such a long time. I was really nervous because it was my first project after being discharged, but I was happy until the end because everyone helped me conclude it well. The end result came out great, so I enjoyed watching it together [with the viewers]. I want to say thank you to the many people who gave Jinyoung and Kang Sun Ho love.”

Jinyoung also picked Episode 9 for his own favorite scene, the one in which Kang Sun Ho confesses his feelings for Oh Kang Hee and the two confirm their relationship. Jinyoung elaborated, “At that time, Sun Ho hugged Kang Hee and said, ‘I won’t run away anymore.’ I think that’s a line that showcases the character development of Sun Ho, who used to be shy.” 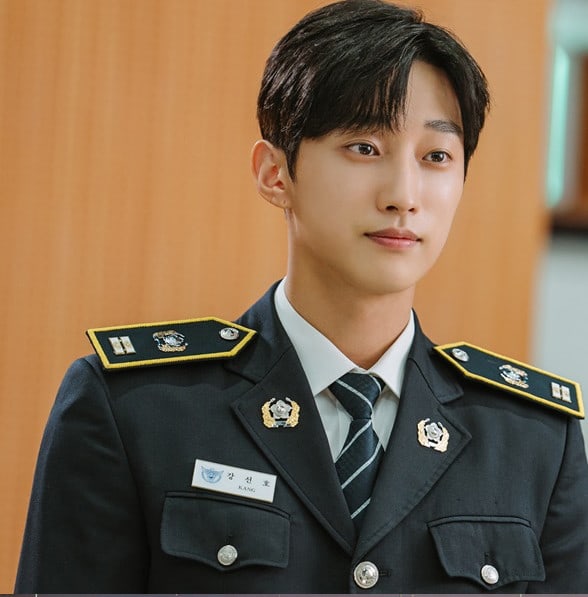 Krystal commented, “Because I lived as Oh Kang Hee for over half a year, I honestly can’t believe this drama is over. I’m also disappointed that I won’t be able to show Oh Kang Hee through ‘Police University’ anymore.”

For her favorite scene, Krystal picked the court scene in Episode 4 where Oh Kang Hee is a high school student and must stand witness at her mother Oh Young Ja [Kim Young Sun]’s illegal gambling trial. She explained, “On the witness stand, Kang Hee tried her best to protect her mother and make sure her accomplices received the same punishment. I still remember it now because it was a scene that showed Kang Hee’s affection for her mom even though she always seemed blunt and disrespectful.” 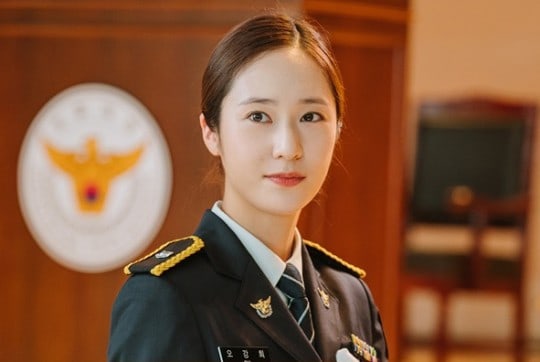 In “Police University,” Hong Soo Hyun played judo professor Choi Hee Soo who hid many secrets behind her bright personality and had a strong desire to help Yoo Dong Man.

Through her agency FNC Entertainment, Hong Soo Hyun shared, “I’m happy that the ‘Police University’ created by the director, writer, all the staff members, and all the actors was able to conclude with love from viewers. ‘Police University’ was a series of new experiences [for me]. I even learned judo for the first time. I think I’ll remember it for a long time because it’s a project that allowed me to try new things. Thank you to the viewers who were with us until the end of ‘Police University,’ which I will remember as a precious and happy memory where I got to passionately think, learn, and live as Choi Hee Soo.” 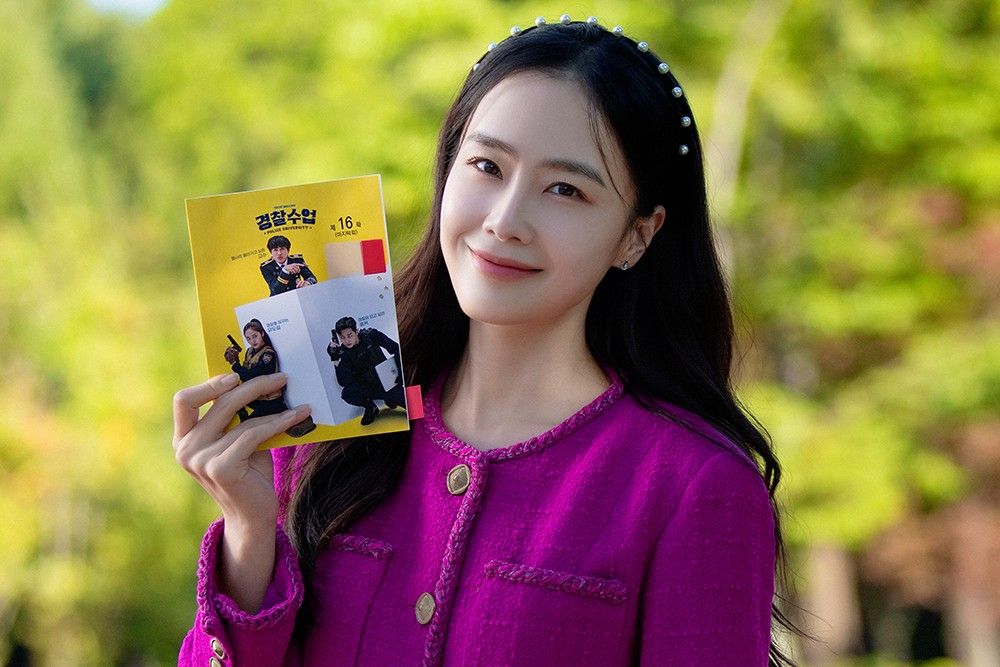 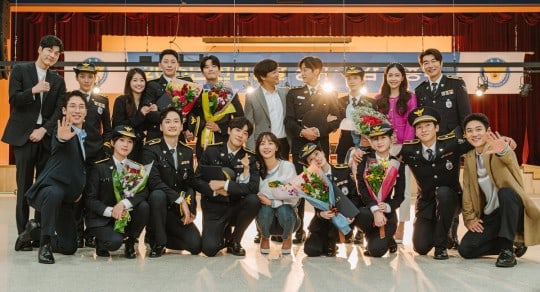