The third season of tvN’s “House on Wheels” has released an official poster!

“House on Wheels” is a variety show that shows the cast traveling to quiet spots in Korea in a portable home and bringing along people who are special to them, such as friends or family.

The first season of the program, which aired in 2020, included cast members Sung Dong Il, Kim Hee Won, and Yeo Jin Goo. Im Siwan replaced Yeo Jin Goo in the second season, and now, Gong Myung will take the place of the youngest member for the new season.

The newly released poster shows Sung Dong Il, Kim Hee Won, and Gong Myung’s warm and friendly relationship. The three actors are posing in front of their portable home with bright smiles, and they exude brotherly vibes under the autumn sun. 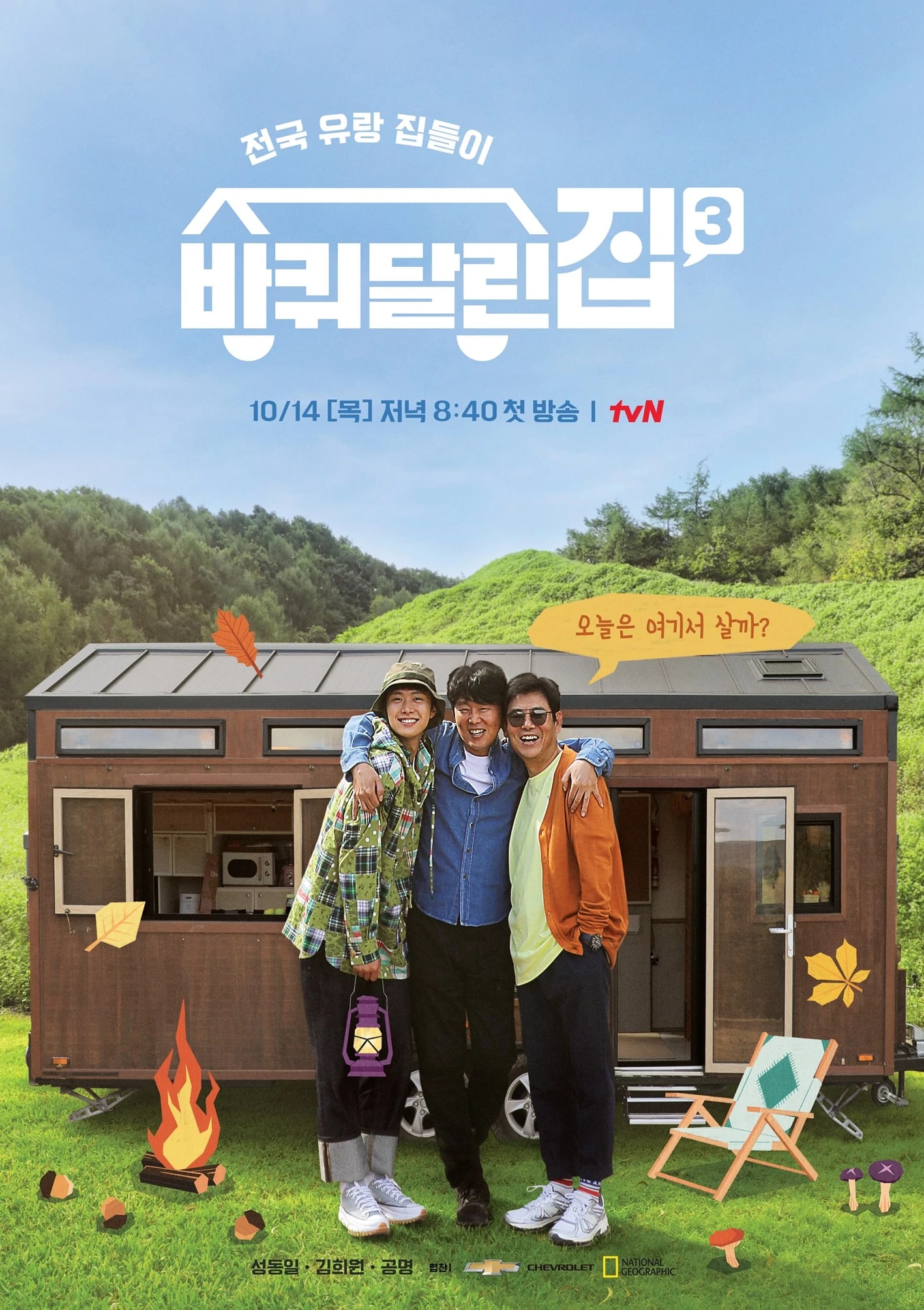 The previously released teaser gave a sneak peek of how Gong Myung will be showered with love by Sung Dong Il and Kim Hee Won. In addition, the production team shared that the third season will capture the beautiful autumn atmosphere across the country. They added, “Please look forward to [the cast’s] chemistry with the guests as well as the mukbang (eating broadcast) of seasonal foods.”

In the meantime, watch Gong Myung in “Lovers of the Red Sky” below!