In episode 5, Kim Dal Li experienced a terrifying accident in which she had been assaulted by a robber who also stole her money. Her cousin Kim Si Hyung (Lee Jae Woo) told the media about the incident in order to hurt Cheongsong Art Gallery, and there were rumors that it was going to shut down. As a result, Kim Dal Li’s private life, love life, and business life became the center of attention.

The newly released stills capture Kim Dal Li holding a press conference to explain the truth. Although she is a wealthy heiress, she doesn’t like to appear in public, so she looks awkward to be in the spotlight. 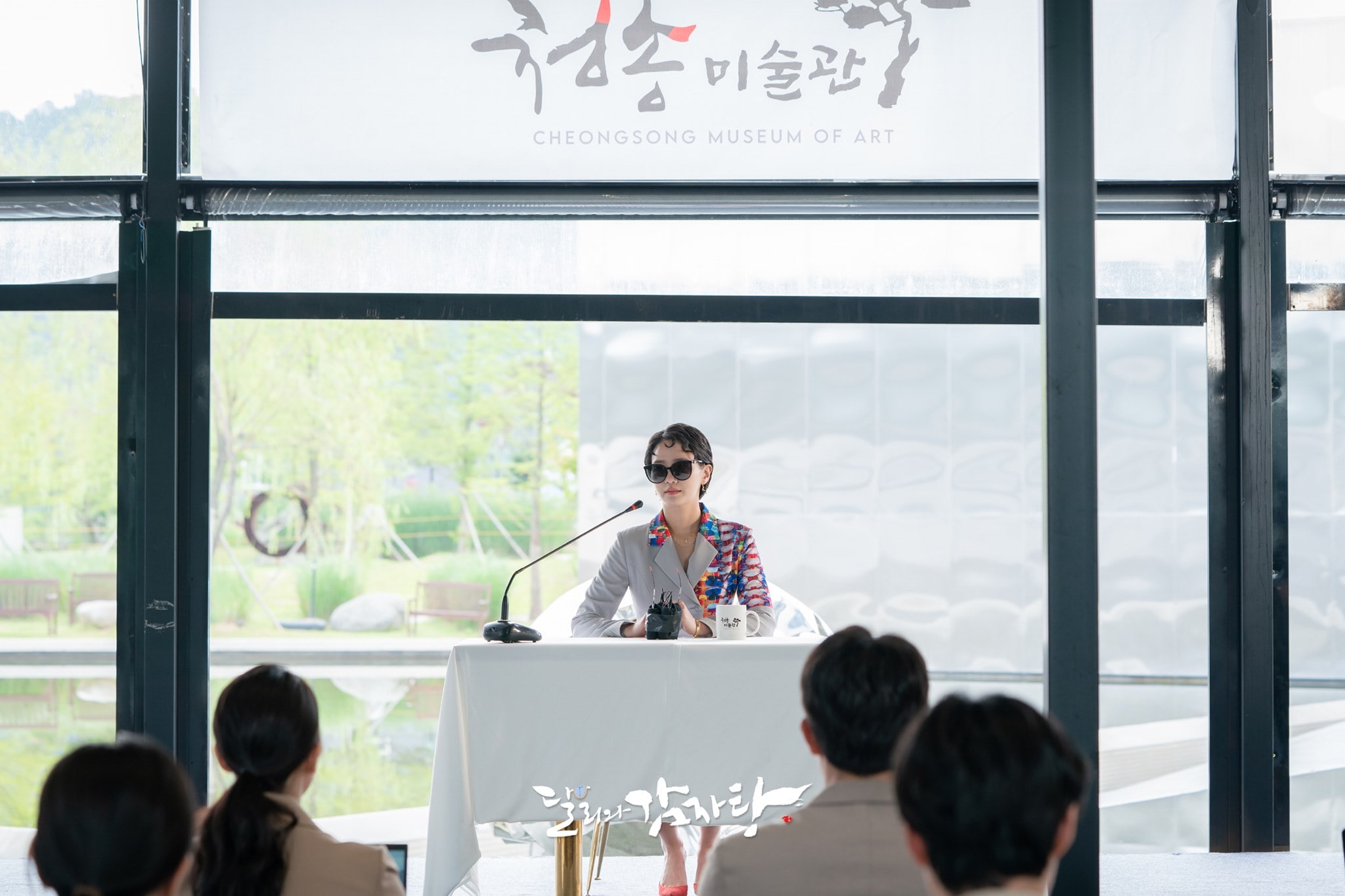 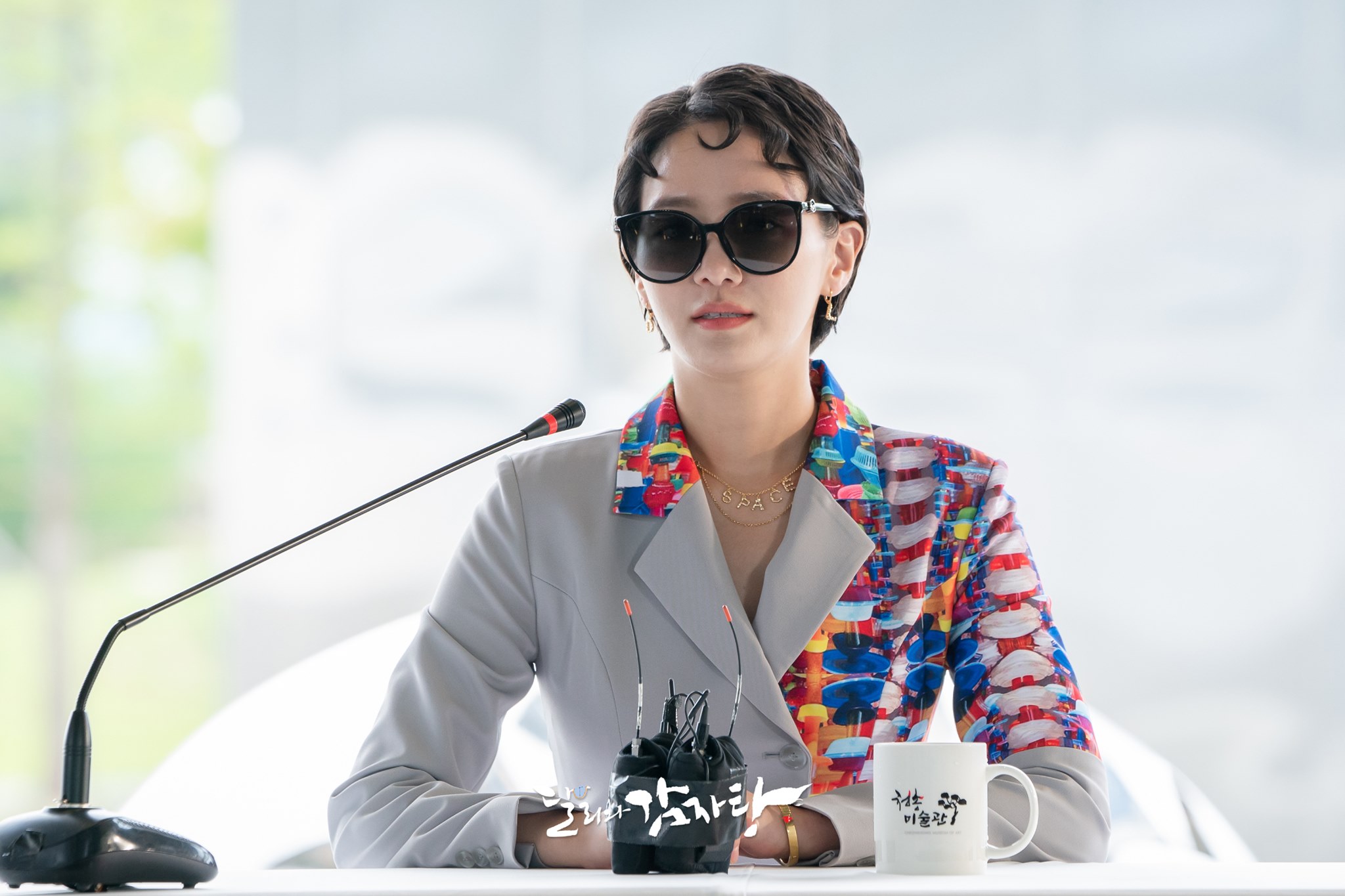 Kim Dal Li’s outfit is different from her usual style, and she is sporting dazzling clothes, accessories, and sunglasses. She then takes off her oversized sunglasses to show her bruised face. What exactly happened to Kim Dal Li, and how will she explain the situation to the reporters? 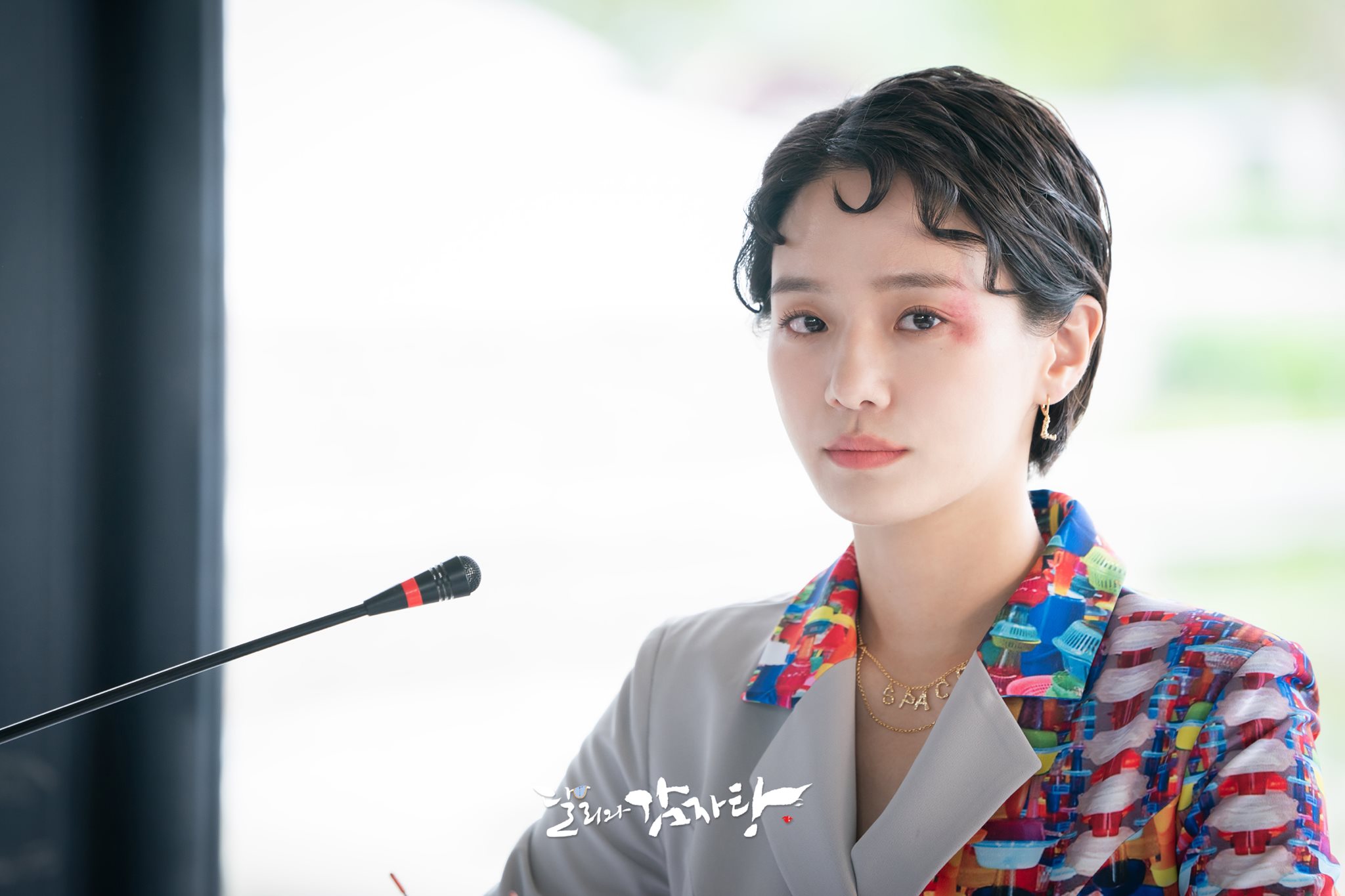 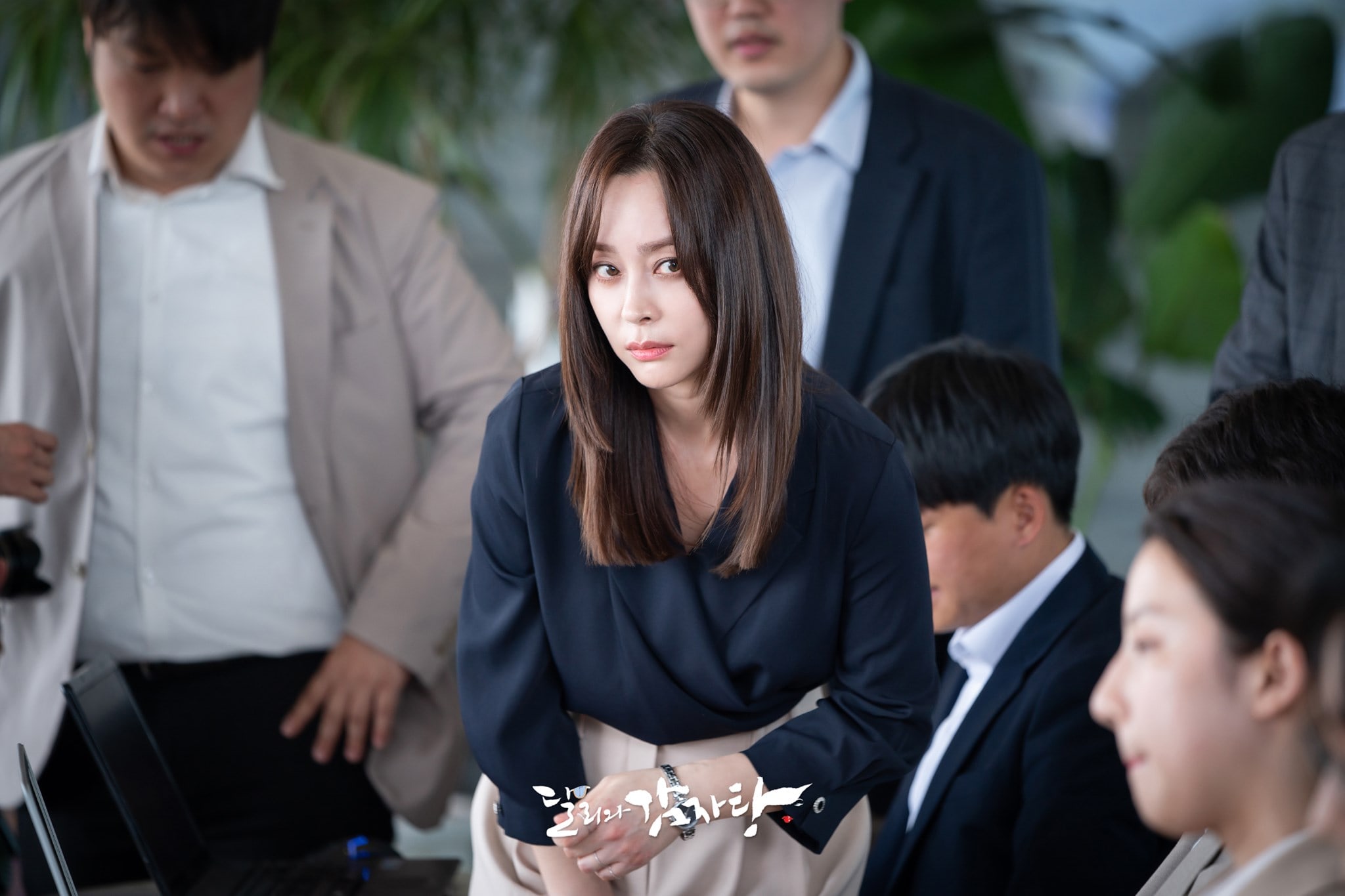 The production team shared, “Kim Dal Li faces a major crisis after taking office as the director of the museum, but she will take the incident by the horns by holding a press conference. This will be a scene where Kim Dal Li, the novice director, will burst with new charms. Today’s broadcast will reveal why she decided to have a press conference, so please look forward to it.”

Park Gyu Young
Dali and Cocky Prince
How does this article make you feel?