tvN has unveiled an intriguing poster for its upcoming drama “Happiness” (literal translation)!”

On October 7, the drama unveiled a suspenseful poster starring the three main characters. The atmosphere is cold, hinting that a crisis has interrupted everyone’s daily lives. The apartment that was once everyone’s haven fills with fear, and people panic as they race down the stairs. On the contrary, Yoon Sae Bom, Jung Yi Hyun, and Han Tae Suk are going up the stairs, and they look out the window with serious and concerned eyes. The poster’s caption states that the world they knew yesterday has collapsed. 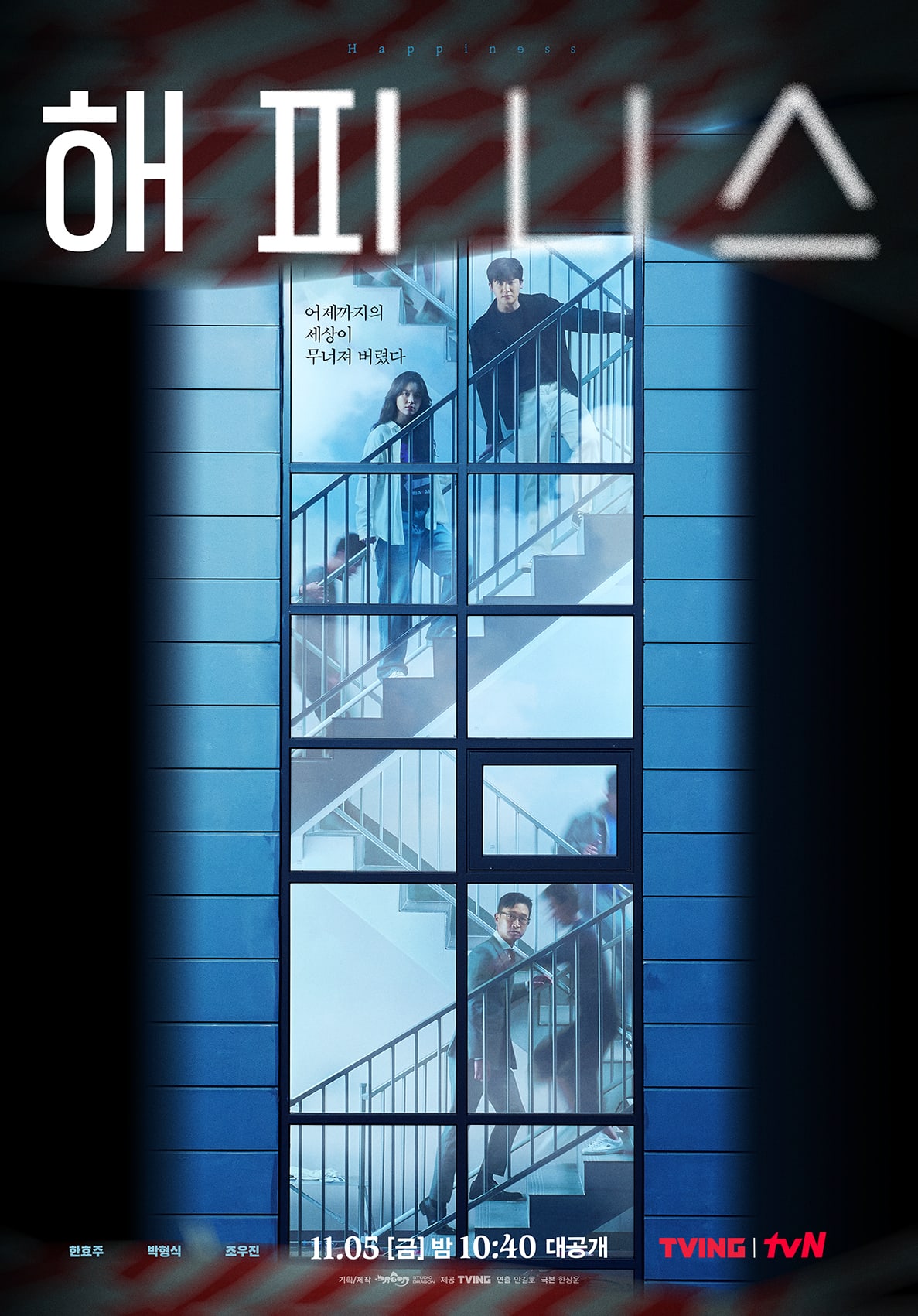 The producers of “Happiness” teased, “Everyone’s daily lives will become completely different due to an unidentified new infectious disease. The struggle for survival during an extreme crisis that is eroded by anxiety and fear will be depicted realistically. The current ongoing fear of what can actually happen during an ‘infectious disease’ and the psychological warfare in an enclosed space will deliver a different kind of fun as well as genre-based pleasure.”

While you wait, check out Han Hyo Joo in “W“: