On October 7, it was announced that NCT DREAM’s “Hello Future” and Stray Kids’ “NOEASY” have received million certification for exceeding 1 million album sales each. THE BOYZ’s “THRILL-ING” and TXT’s “The Chaos Chapter: FIGHT OR ESCAPE” have been certified double platinum for surpassing 500,000 sales, while ASTRO’s “SWITCH ON” and Red Velvet’s “Queendom” were certified platinum for 250,000 sales each. 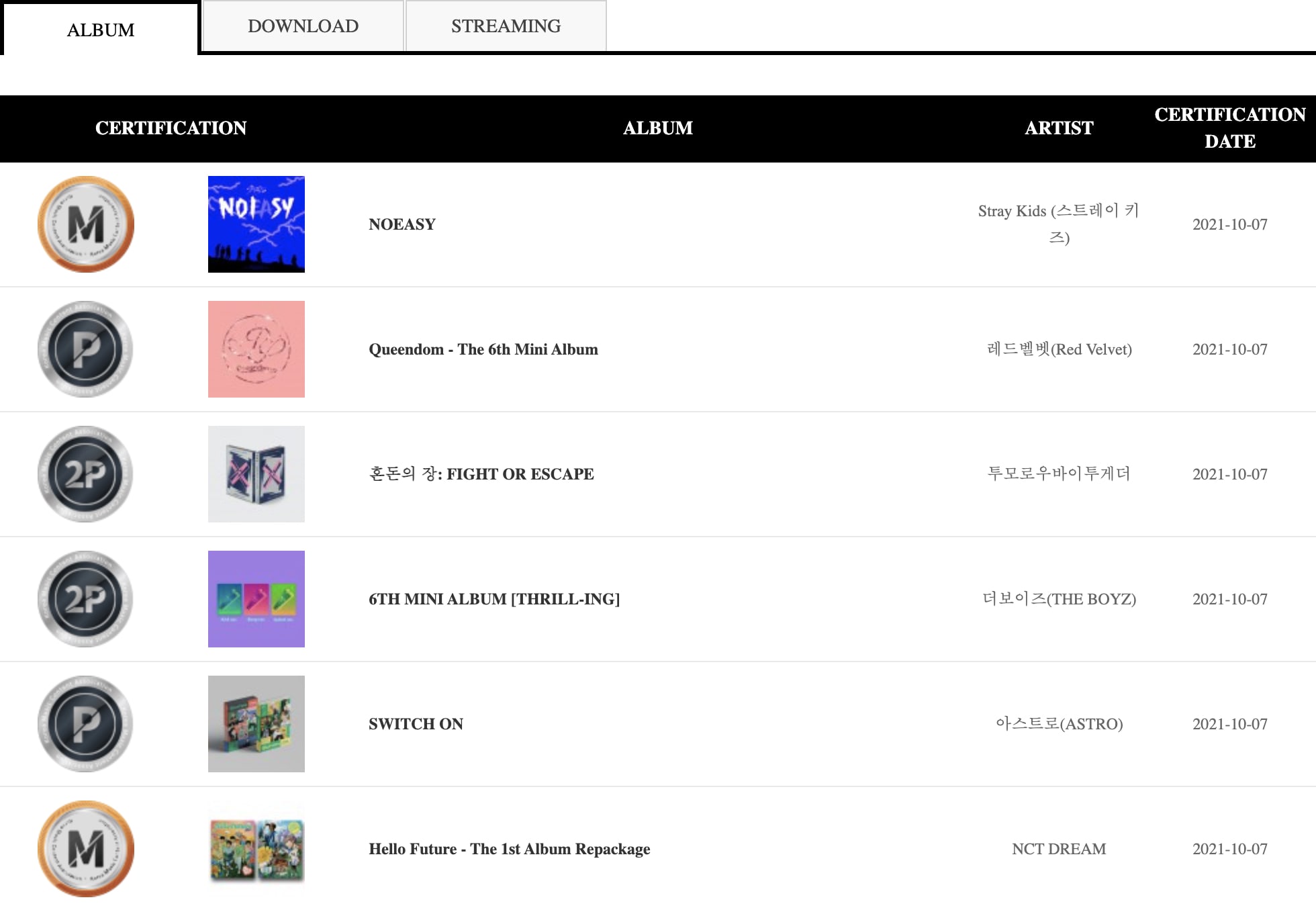 A song reaches platinum status for downloads once it exceeds 2.5 million downloads. WINNER member Song Mino’s “FIANCÉ” has now been certified platinum for achieving this feat.