aespa Talks About The Group’s Unique Concept, Lee Soo Man’s Participation In Their Comeback, And More

The girl group released their first mini album “Savage” on October 5 at 6 p.m. KST, and the title track of the same name quickly rose to No. 1 on real-time charts of domestic music sites. The album also took first on iTunes Top Albums charts in at least 17 regions.

The radio broadcast was hosted by special DJ Sunmi, who shared, “It’s my first time meeting aespa. It’s so amazing, and I’m so excited. Everyone is so pretty.” She congratulated aespa for topping music charts with “Savage,” and aespa also revealed that they were fans of Sunmi.

During the interview, Sunmi touched on aespa’s metaverse concept. Karina commented, “It was difficult for us to understand at first too, but we’re receiving lessons on the world. We recently received a lesson from the writer who came up with the world.” When asked if it’s true that Winter is the dark force in the made-up universe, Karina replied, “We also asked if Winter is the dark force, but they said it’s a secret.” Sunmi complimented them for being ahead of the times for their concept, and Winter replied, “Rather than being ahead, it’s refreshing and just an honor to always be able to do something new.” 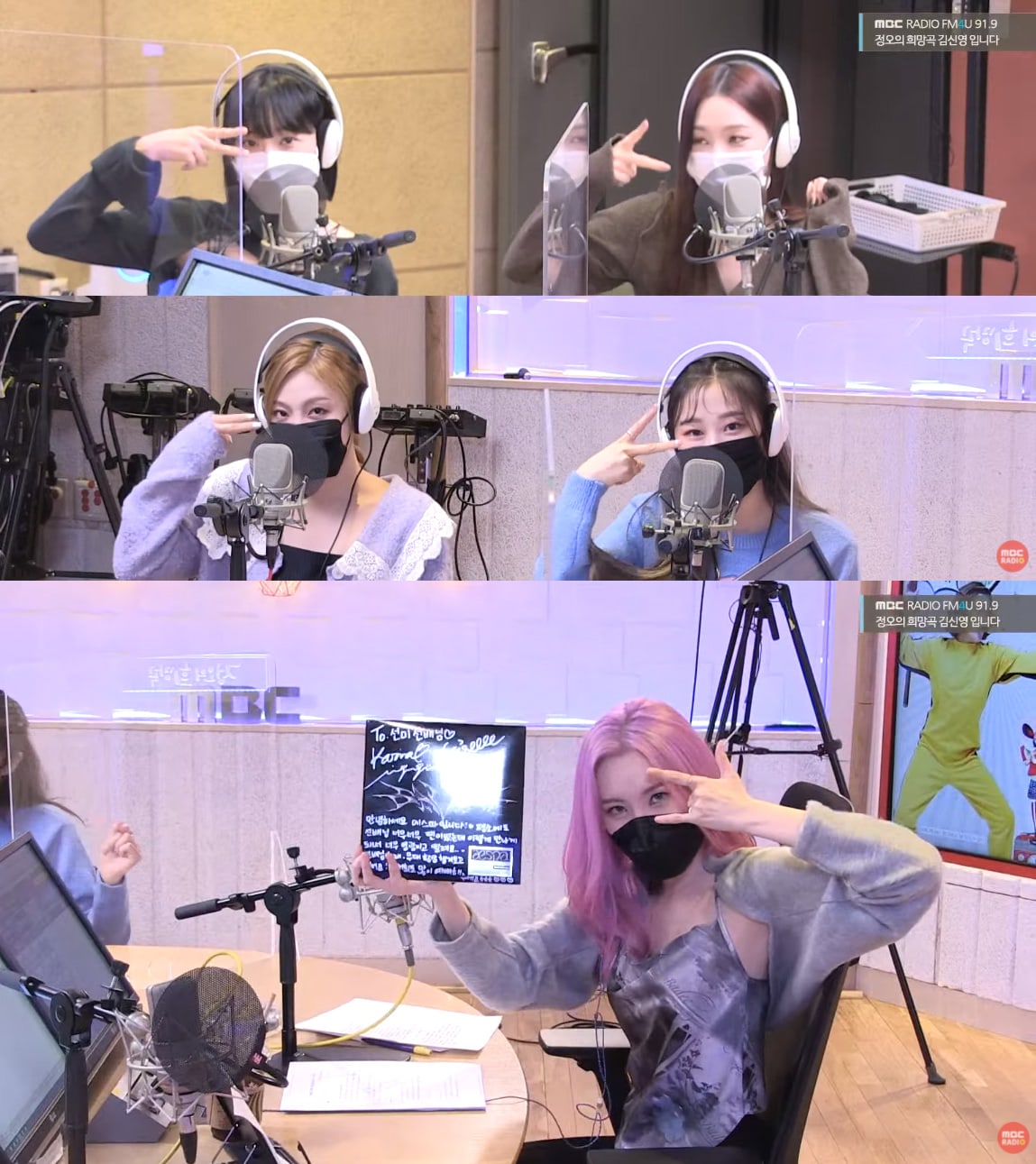 aespa’s latest album “Savage” surpassed 400,000 stock pre-orders. Ningning shared, “I’m grateful that so many people waited for us and enjoy our music. I couldn’t believe it. It’s really an honor.”

The members also talked about Lee Soo Man personally directing the choreography for “Savage.” Giselle explained, “He looked over the dance a lot. He personally suggested to add a little bit more focus to the original choreography.” Karina elaborated, “During ‘Black Mamba,’ he directed by personally showing us the movements.” Ningning added, “I saw this at the company dinner, but he danced the choreography in front of us.”

As the killing points for “Savage,” aespa chose the chorus because it fits so well with the choreography and the “tsk tsk” part. Karina shared that when she dances to that portion, she tries to give off the vibe of, “You really can’t compare to me. It’s a shame.”

During the broadcast, Sunmi also mentioned how famous lyricist Kim Eana posted a screenshot proving that she had streamed “Savage.” aespa asked the lyricist to visit Kwangya, saying that it’s an honor and that they are fans of her.

Sunmi concluded the broadcast by sharing that she feels like she gained strength from aespa, and the group asked fans to continue to send them love and interest because they have a lot of music broadcast shows, variety shows, and YouTube content prepared for the future.

Kim Shin Young's Hope Song at Noon
Sunmi
aespa
How does this article make you feel?