SBS’s Friday-Saturday drama “One the Woman” has revealed three main points that viewers can look forward to in the upcoming episodes.

“One the Woman” is a comedy drama about a corrupt prosecutor who gets amnesia and switches lives with a chaebol daughter-in-law who looks exactly like her. Honey Lee plays both the prosecutor Jo Yeon Joo and the daughter-in-law Kang Mi Na, while Lee Sang Yoon co-stars as Han Seung Wook, a third-generation chaebol who still has feelings for his first love.

Previously, it was revealed that the fire incident at Hanju Fashion Factory that killed Han Seung Wook’s father was caused by none other than Jo Yeon Joo’s father Kang Myung Guk (Jung In Ki). In addition, the epilogue showed Han Seung Wook getting confused about his first love as he recalled overlapped memories of Kang Mi Na and Jo Yeon Joo.

Here are three key points to keep an eye on:

1. The fire at Hanju Fashion factory

Fourteen years ago, Han Seung Wook’s heard from his senior colleague, who was also an accountant, that the company ledger was strange. Han Seung Wook reported that to his father who headed to the factory to check the ledger. However, he lost his life in a fire that erupted at the factory. Coincidentally, Jo Yeon Joo also lost her grandmother in a hit-and-run accident near the factory on the same day. With the shocking twist that the arsonist is actually her father, curiosity is mounting over what happened at the factory 14 years ago. 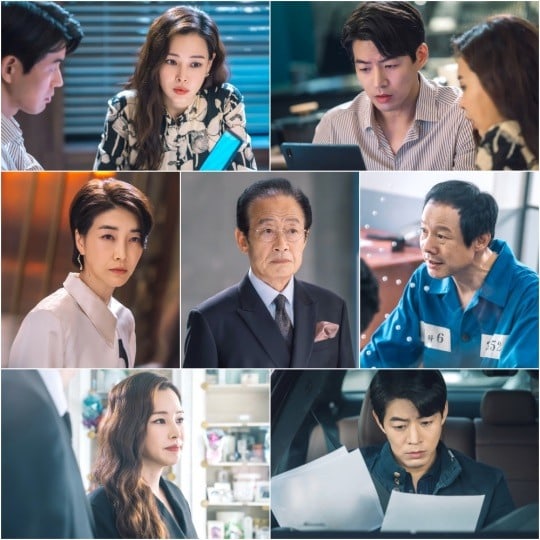 2. Han Seung Wook who came back for revenge

Han Seung Wook, who was brutally abandoned by Han Young Sik (Jeon Gook Hwan) after the fire accident at the factory, left for the United States, and 14 years later, he learned from the newspaper that his grandfather died. Then, on his late mother’s cell phone, he found a text that said, “President Han Young Sik will do the same thing to Seung Wook that he did to his father. He’ll manipulate everything and drive him to death.” Han Seung Wook went back to Korea to get revenge, but he remembered Kang Mi Na’s note that said she had something to tell him about what happened in 2007. He tried to find her, but when he did, she had been replaced by Jo Yeon Joo.

Afterwards, Han Seong Wook found out that the assailant who hit Jo Yeon Joo with a car had worked at Hanju Fashion factory 14 years ago and is connected to Han Sung Hye (Jin Seo Yeon). In addition, he discovered something called “2007 accounting fraud” in Kang Mi Na’s tablet and realized that they were the one who framed and killed and his father.

Who is Han Seung Wook’s first love? Is it Kang Mi Na or Jo Yeon Joo?

After Han Seung Wook’s father passed away, his only source of comfort was Kang Mi Na. When young Han Seung Wook was wallowing in sadness at his father’s funeral, Kang Mi Na consoled him. However, Han Seung Wook started to see how similar Jo Yeon Joo is to the Kang Mi Na he fell in love with. For instance, Jo Yeon Joo mentioned “magic powder” and commented, “Hospitals are the warmest in front of the emergency room at night. There’s mixed coffee, and people come 24 hours a day.” That was exactly what Kang Mi Na had told him a long time ago, but the drama hinted that it could’ve actually been Jo Yeon Joo.

The production team stated, “The more the truth and cruel reality hidden 14 years ago are gradually revealed, the more unexpected twists will unfold. Please watch how Jo Yeon Joo and Han Seong Wook will find the truth of her grandmother’s death and his father’s death.”

“One the Woman” airs Fridays and Saturdays at 10 p.m. KST.

Check out “One the Woman” below!