Honey Lee and Lee Sang Yoon continue to face danger at every turn in SBS’s “One the Woman”!

“One the Woman” is a comedy drama about a corrupt prosecutor who gets amnesia and switches lives with a chaebol daughter-in-law who looks exactly like her. Honey Lee stars as both the prosecutor Jo Yeon Joo and the daughter-in-law Kang Mi Na, and Lee Sang Yoon co-stars as Han Seung Wook, a third-generation chaebol with feelings for his first love.

In the previous episode, Jo Yeon Joo and Han Seung Wook were in grave danger when someone disconnected the brakes of their car. Thanks to Han Seung Wook’s quick thinking, Jo Yeon Joo was able to meet Ahn Yoo Joon (Lee Won Geun) in the Seopyeong Branch Office and learn her true identity as a prosecutor. However, when Jo Yeon Joo reappeared at the Central District Public Prosecutors’ Office in order to avoid suspicion, Lee Bong Shik (Kim Jae Young) recognized that the prosecutor who chased him at the art auction house is the woman pretending to be Kang Mi Na.

In the new stills, Jo Yeon Joo and Han Seung Wook are out at night when they are suddenly attacked by a mysterious assailant. This mysterious figure, who is targeting Jo Yeon Joo at every turn, puts both their lives in danger. Han Seung Wook’s arm is still injured from the car accident that occurred when their brakes were disconnected, but both he and Jo Yeon Joo look furious at what just happened. At this moment, Jo Yeon Joo collapses with the bad headache that comes when she remembers something new from her past. The two eventually come to the police with their story, prompting curiosity about what kind of incident they were involved in. 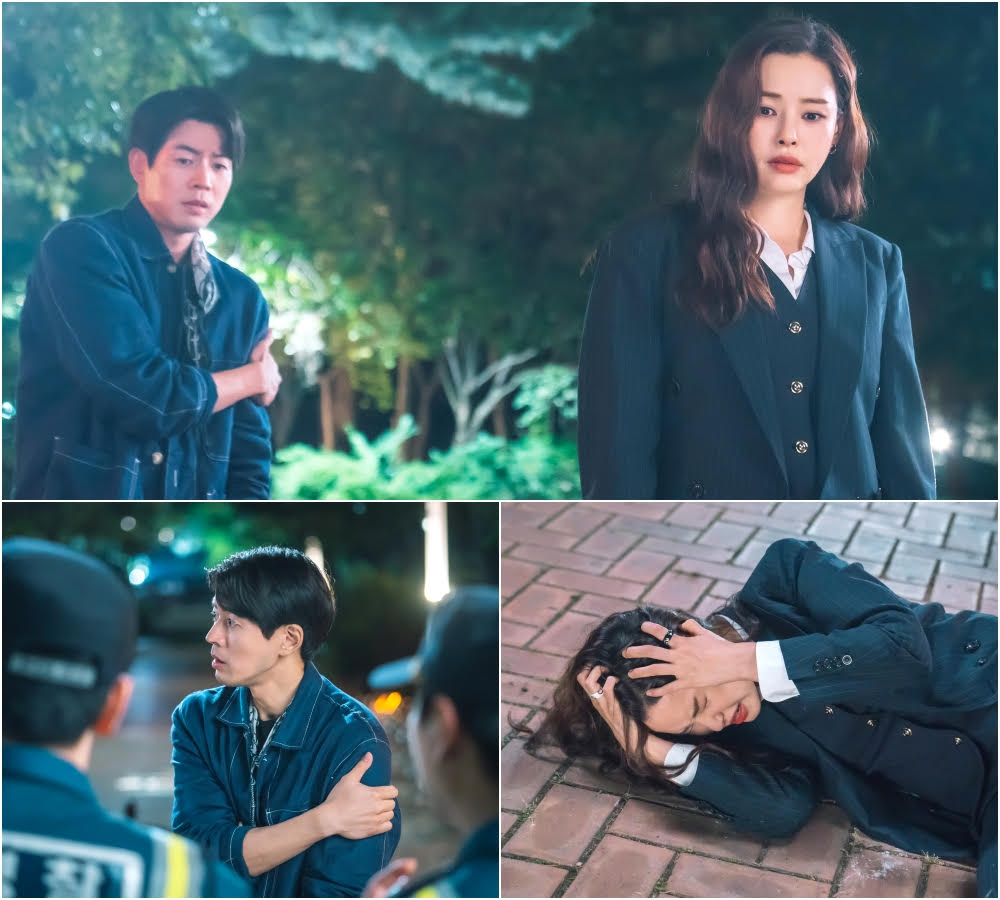 The production staff stated, “This scene was born from Honey Lee and Lee Sang Yoon throwing themselves wholeheartedly into their acting. Please look forward to how Jo Yeon Joo and Han Seung Wook, whose fates have become intertwined, escape the darkness that is crowding around them.”