On the October 9 episode of tvN’s “Amazing Saturday,” aespa’s Karina and Winter appeared as guests.

aespa recently made a comeback with their first mini album, “Savage,” which swept domestic and international charts on its release. Their summer hit, “Next Level,” has also stayed strong on the charts for several months. 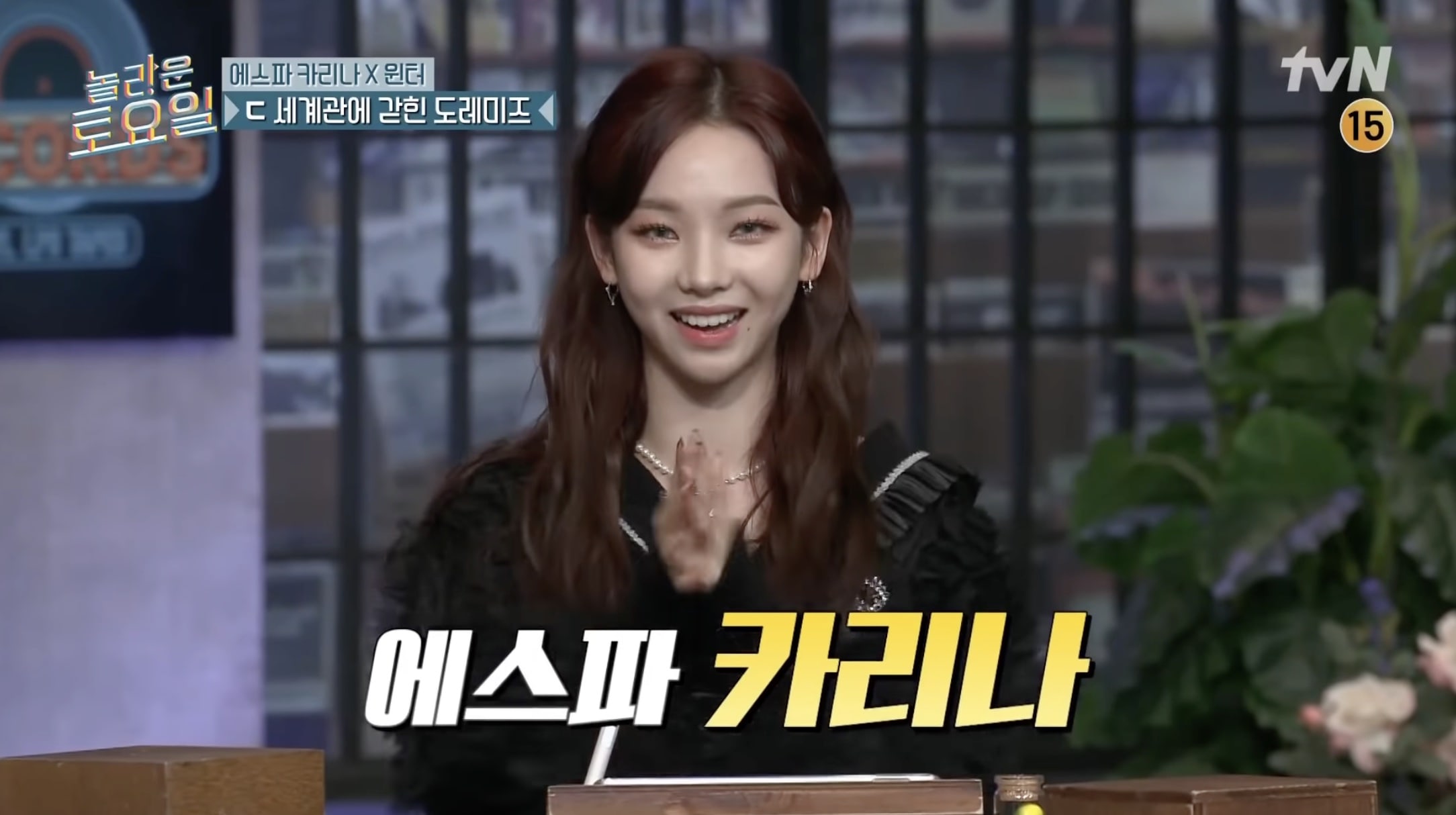 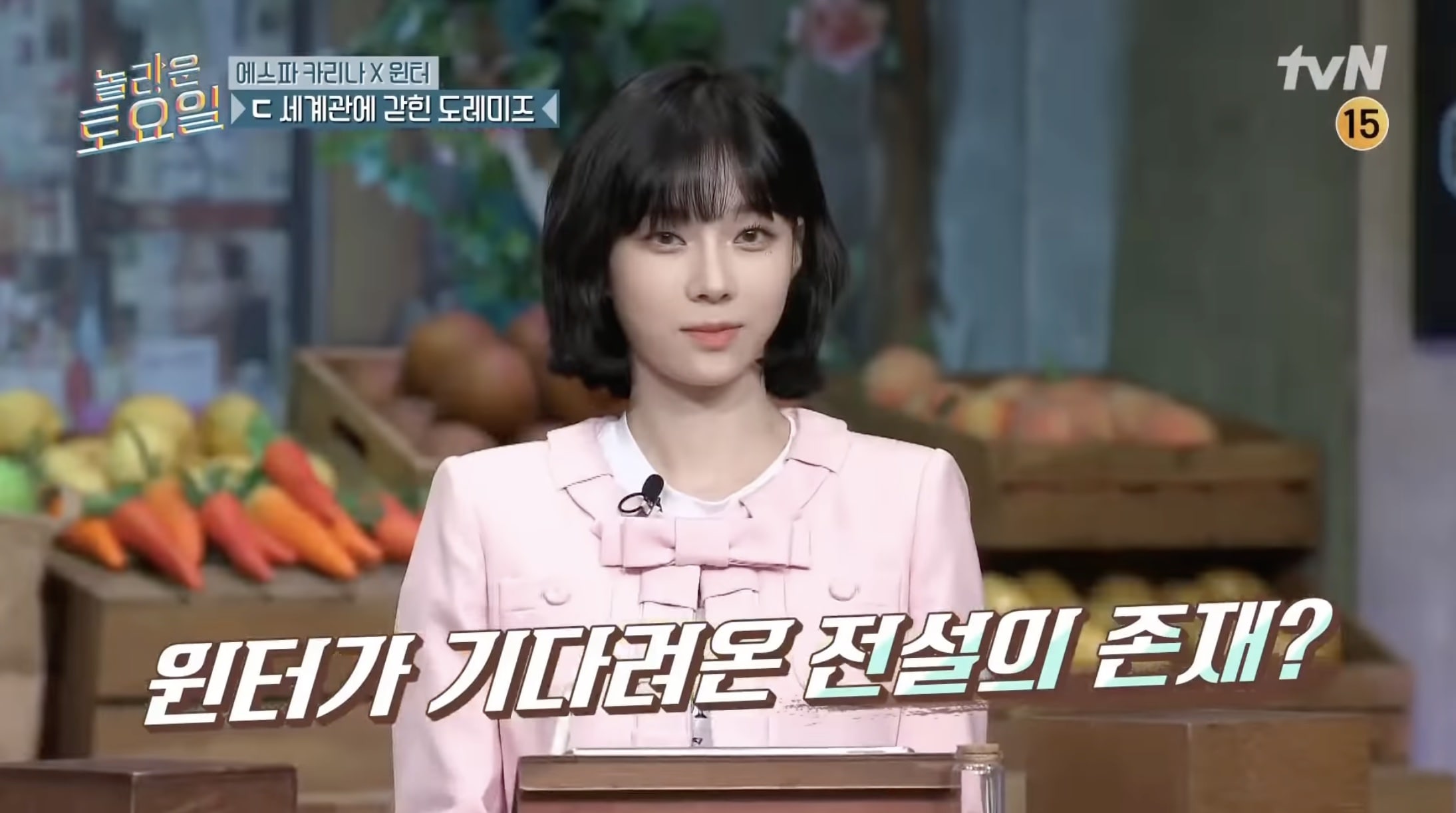 When Karina and Winter came on “Amazing Saturday,” Winter shared that she had been eagerly looking forward to meeting SHINee’s Key. Although Key and Winter are in the same agency at SM Entertainment, she said, “He’s like a legendary Pokemon. I’ve never been able to see him.” 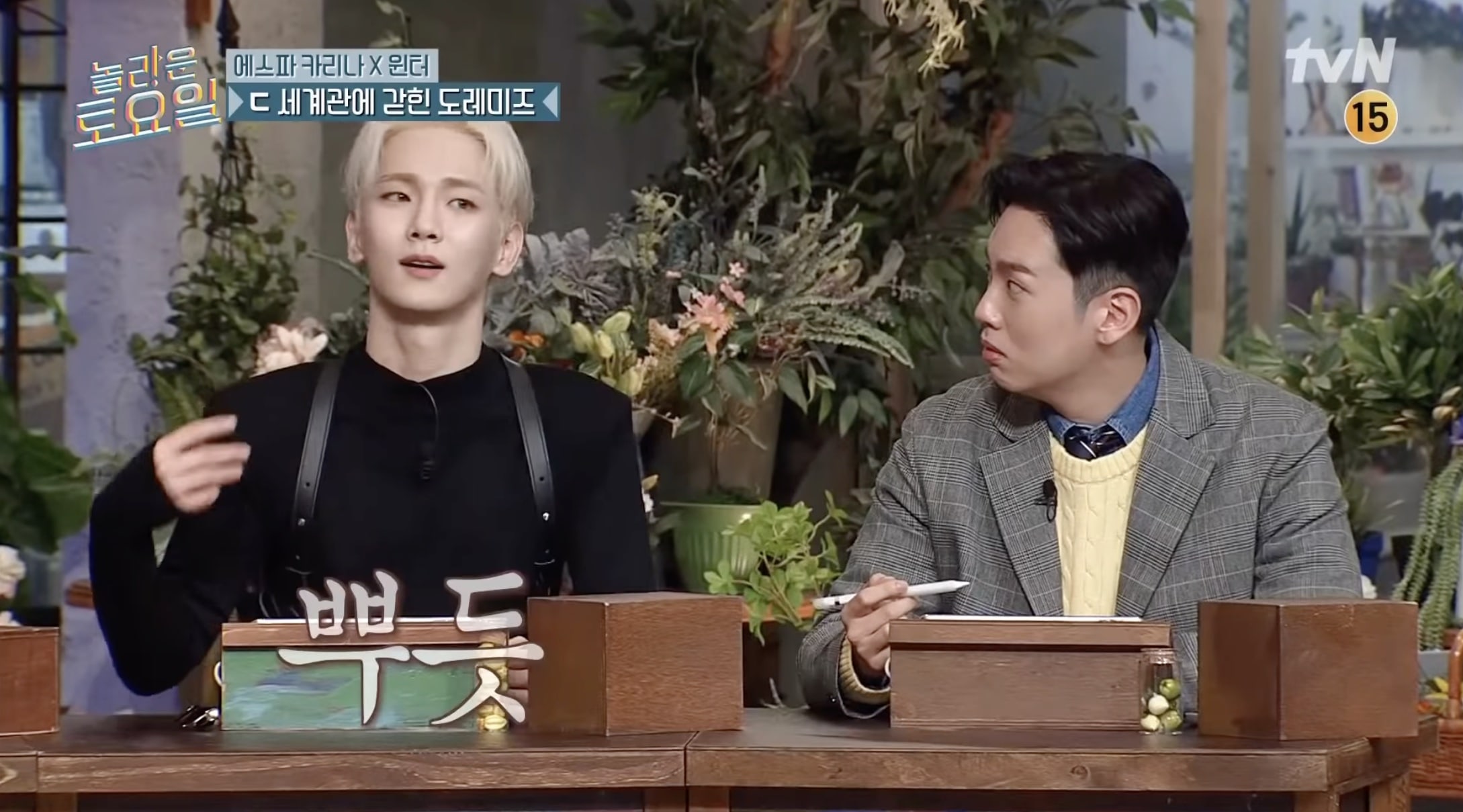 Girls’ Generation’s Taeyeon, another of aespa’s seniors at SM Entertainment, chimed in, “I even waited in our agency building to get to see aespa.” Winter explained, “When ‘Next Level’ first came out, Taeyeon said she would do the dance challenge with us and waited for us at the agency to record it.” 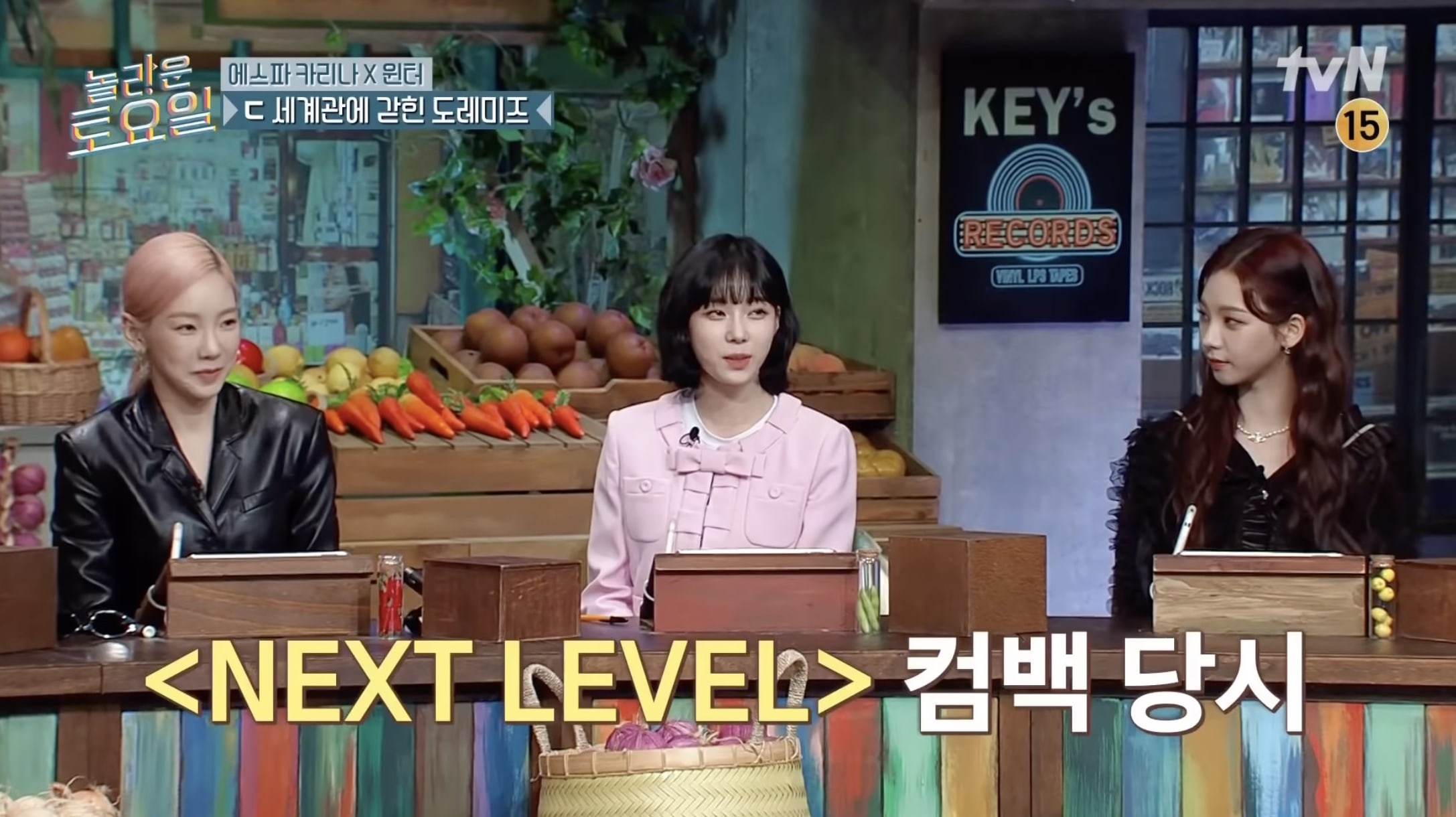 Key quipped, “But did Taeyeon really do it for aespa?” and Taeyeon fired back, “Your tone makes you sound weird.” Key replied in embarrassment, “I wanted to do the challenge too.” 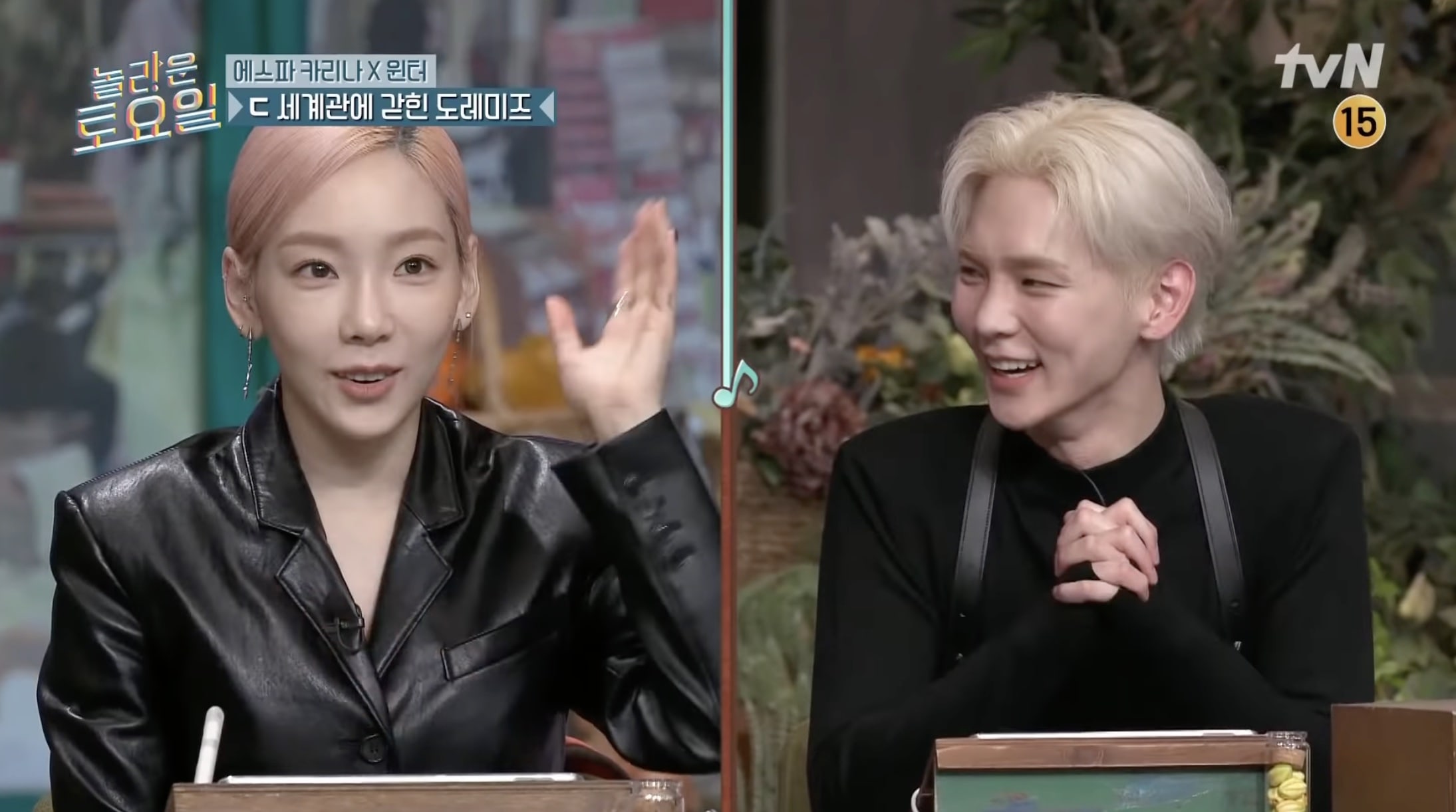 During the episode, Karina also shared her love for BOOKKU DDOONG, Moon Se Yoon’s musical, pink alter ego. She said, “I like cute things and he looked soft like a teddy bear. He looks much cuter in person.”