“Reflection of You” will follow the story of Jung Hee Joo (Go Hyun Jung), who grew up in poverty but now lives a successful life with a happy and well-off family. Although she lives an enviable life, she still harbors feelings of emptiness about the time that has passed. Shin Hyun Been will star as Goo Hae Won, who grew up with a beautiful youth. However, she is deeply hurt from her brief meeting with Jung Hee Joo, and she discovers that the wound only continues to fester as time passes. The drama will be about the affair, betrayal, corruption, and revenge that follows their meeting.

In the new preview, Jung Hee Joo sits in the studio beneath the warm sunlight that seems to represent her husband’s thoughtful and extensive support that helped her succeed as a mother of two children, an artist, and an essay writer. However, as she looks at Goo Hae Won in front of her, Jung Hee Joo tears up although her expression appears almost as if she’s smiling.

Furthermore, the images emphasize the tension between the two with the sharp contrast in colors between Jung Hee Joo’s red sweater and Goo Hae Won’s dark green coat and capture the growing suspense from their confrontation. 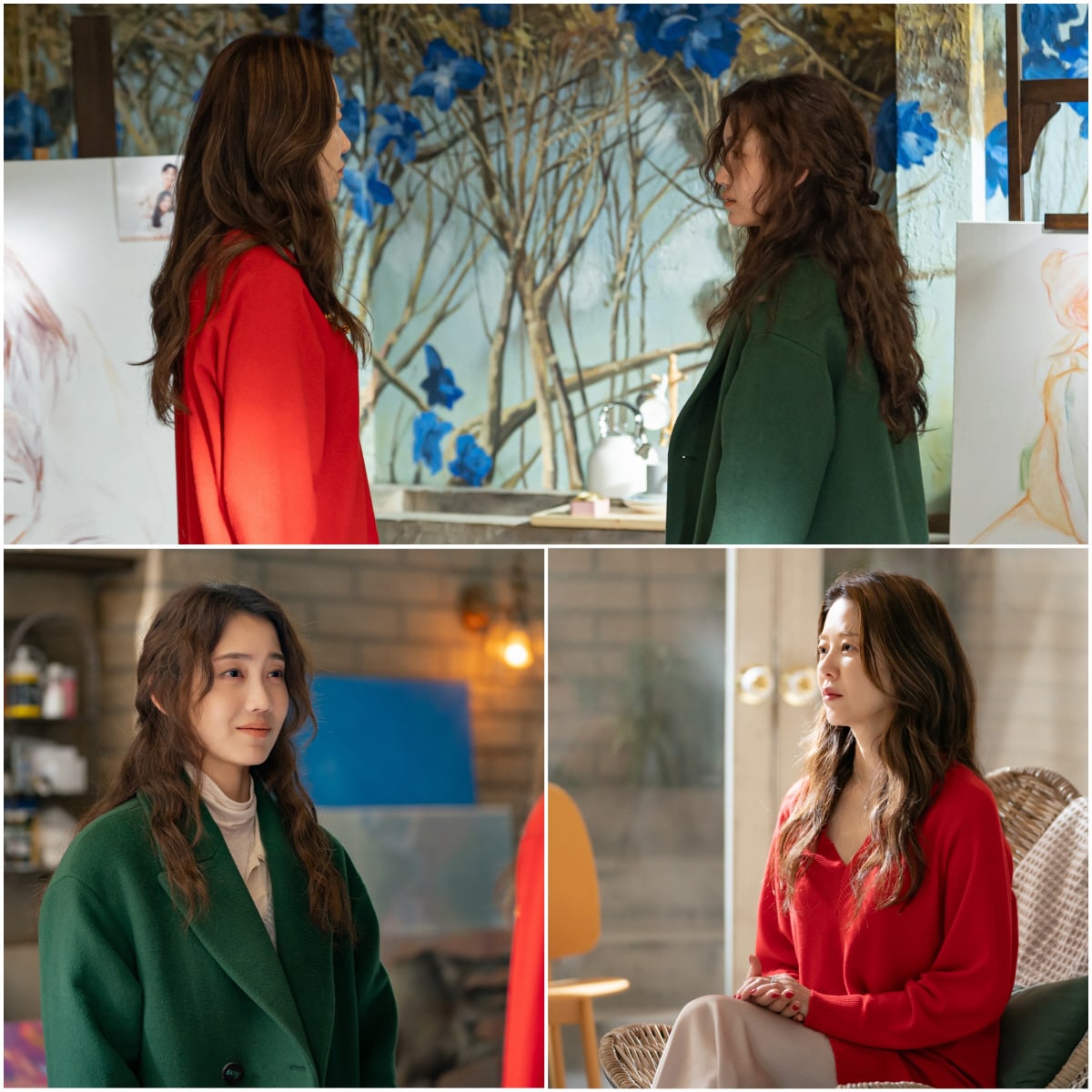 From the first episode, Goo Hae Won’s appearance will make Jung Hee Joo’s emotions waver greatly. Viewers are curious to see how their meeting will play out in the drama’s upcoming premiere.

“Reflection of You” premieres on October 13 at 10:30 p.m. KST. Check out teasers for the drama here!

And Shin Hyun Been in “Beasts Clawing at Straws“:

Go Hyun Jung
Reflection of You
Shin Hyun Been
How does this article make you feel?