Get ready for a tense face-off in the next episode of SBS’s “Lovers of the Red Sky”!

Previously on “Lovers of the Red Sky,” Ha Ram accidentally swapped fates with the cruel and ambitious Prince Joohyang (played by Kwak Si Yang) 19 years ago. When Ma Wang was released from the royal painting inside which he was trapped, he briefly entered Joohyang’s body, but he ultimately left and took up residence inside Ha Ram’s body instead. As a result, Ha Ram wound up losing his sight and underwent a great deal of suffering.

Unable to accept his fate of being a mere prince, Joohyang searched desperately for Ma Wang after that life-changing day, determined to usurp the throne and take over as king. Now that Joohyang knows that Ma Wang is hiding inside Ha Ram, the power-hungry prince will stop at nothing to take the demon for himself.

On the upcoming episode of the drama, Joohyang will finally show his true colors and order Ha Ram, “Transfer Ma Wang over to me.” However, newly released stills from the episode show that Ha Ram remains impossibly unfazed by Joohyang throughout their intense confrontation—in fact, he becomes the one to catch Joohyang off guard by making an unexpected proposal.

Up until now, Ha Ram has fiercely refused to go through the sealing process in order to protect Hong Chun Gi, but to remove Ma Wang from Ha Ram’s body, Joohyang will have no choice but to carry out the sealing process. Given the seemingly impossible situation, it remains to be seen what kind of offer Ha Ram will make in response to Joohyang’s threats. 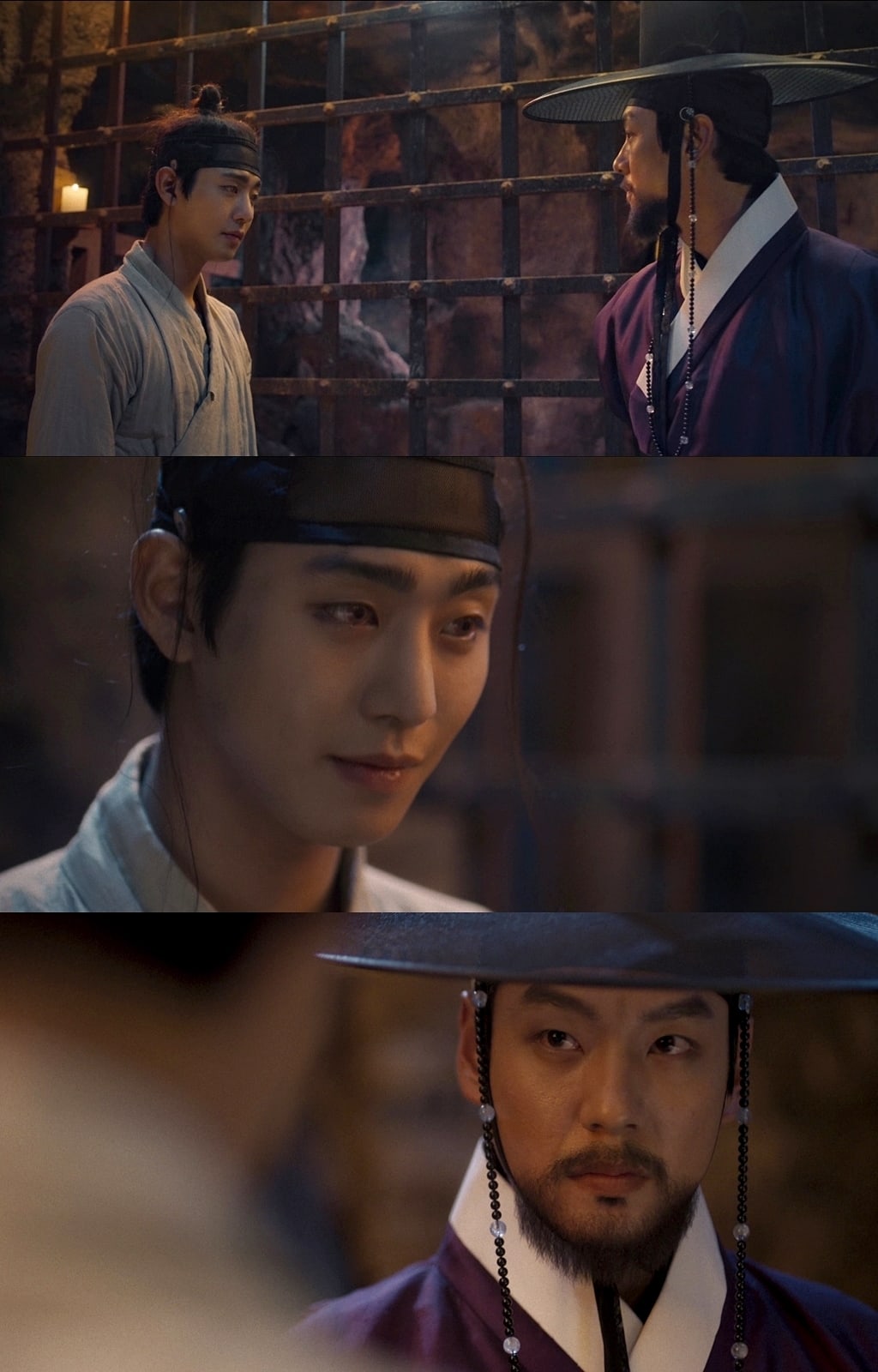 The producers of “Lovers of the Red Sky” teased, “The plot will unfold in a whirlwind of action as Prince Joohyang, who has his eyes on Ma Wang, begins to make moves, and Ha Ram makes up his mind.”

Kwak Si Yang
Ahn Hyo Seop
Lovers of the Red Sky
How does this article make you feel?