“Squid Game” Actress Kim Joo Ryoung Shares Deeper Insight Into Her Character, How She Was Cast, And More

“Squid Game” actress Kim Joo Ryoung recently sat down for an interview about the drama!

Through her agency Just Entertainment, Kim Joo Ryoung shared stories about how she was cast for “Squid Game,” her preparations for the role, and her response to the show’s massive success.

“Squid Game” is a Netflix original series about a mysterious survival game with a reward of 45.6 billion won (approximately $40 million) on the line. 456 money-hungry participants wind up joining the game – only to learn that there is much more at stake than just the prize money. Kim Joo Ryoung played the role of Han Mi Nyeo, a woman who would do anything for money, both in and out of the game.

Regarding the success of “Squid Game,” Kim Joo Ryoung commented, “I predicted the project’s success to a certain degree when I first read the script, but I could never have imagined this kind of global success. It feels slightly unrealistic so I’m half full of nerves and half extremely happy. It feels like I’m having first-hand experience of the saying ‘What’s most Korean is what’s most global.’ Right in the middle of that is ‘Squid Game’ and the fact that I participated as an actress in this project is an honor and makes me proud.”

Just like the rest of the cast, Kim Joo Ryoung also saw an impressive rise in Instagram followers. She revealed that before the series, she had around 400 followers, and now she’s reached 1.9 million. 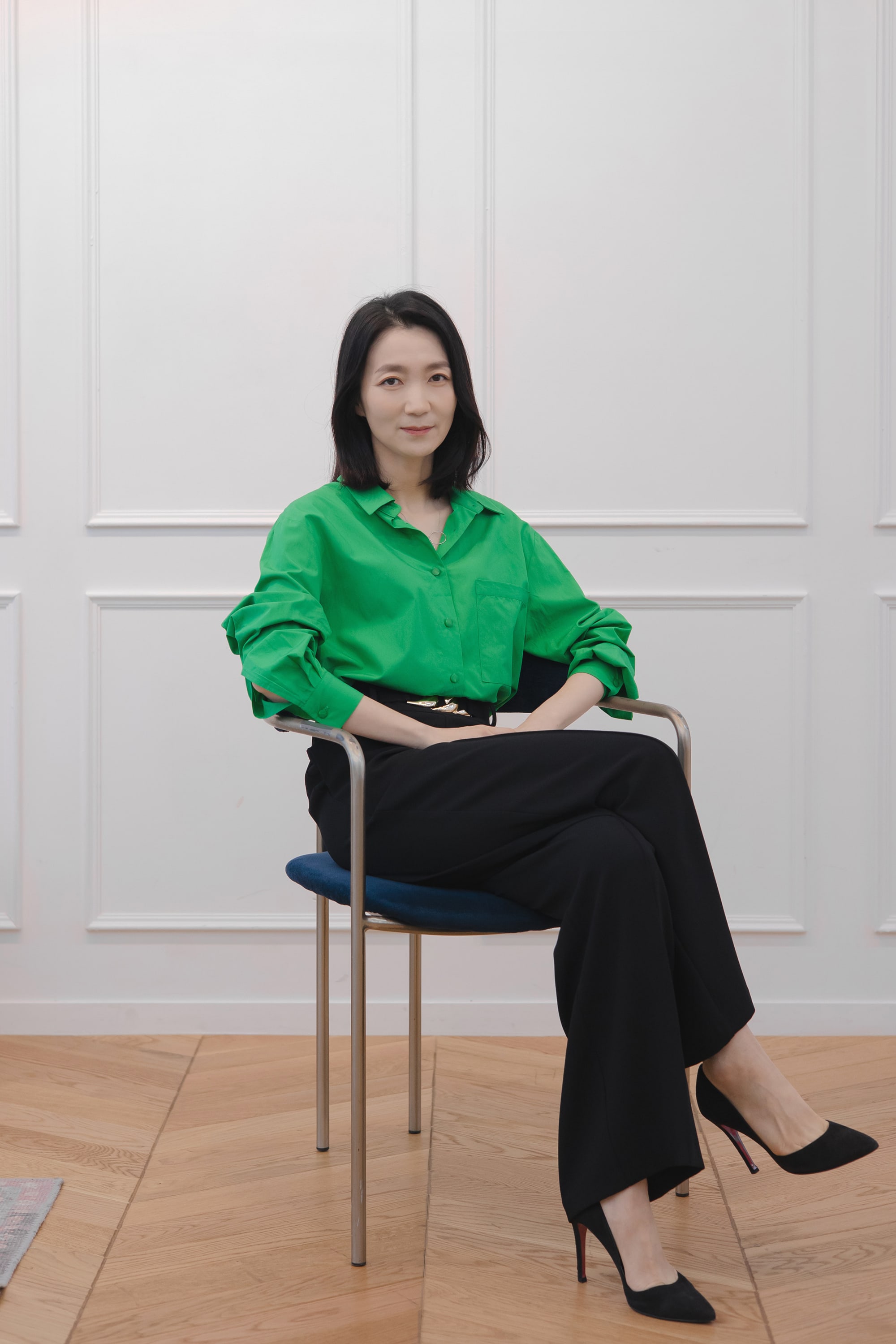 Rather than audition for the role, Kim Joo Ryoung was personally contacted by director Hwang Dong Hyuk. She explained, “I already worked with the director on the film ‘Silenced’ and I saw him for the first time in a while in 2019 on the set of the film ‘Collectors.’ He told me he enjoyed my acting as Seri’s aunt in ‘SKY Castle‘ and said, ‘Kim Joo Ryoung’s still got it.’ After talking about how we’ve been doing, he asked about my schedule in 2020 and mentioned there was something he was preparing. He said he’d contact me once it was materialized but I really received the script through the assistant director in early 2020, who proposed the role of Han Mi Nyeo. It felt like I was dreaming. I was really thankful to director Hwang Dong Hyuk, who boldly believed in actress Kim Joo Ryoung and proposed the role of Han Mi Nyeo without an audition.”

The actress also shared her first reaction to the script, commenting, “The day after I received the script, I remember I went to a café in the morning and read it from start to finish, without getting up once. That’s how incredible the immersion was. While reading the script, I laughed out loud, bawled, stared blankly, and covered my mouth in shock, so even if I didn’t notice, I bet people in the café were wondering, ‘Why is that woman doing that?’ But I was so immersed that I didn’t register my surroundings.”

Kim Joo Ryoung continued, “Changing our childhood games into cruel survival games was so shocking yet refreshing. I couldn’t help but be amazed at the director’s imagination and the stories and detailed inner feelings of every single character there touched my heart. I felt that it was a really impressive project that captured the restoration of humanity within the big picture of the loss of humanity.”

About her character, she added, “Mi Nyeo is the most dynamic character. Most severely, she’s like riding a roller coaster. While Mi Nyeo is fickle and nasty, internally she is more lonely than anyone, has the most fear regarding others, and is unable to fit in anywhere, so I felt bad and sorry for her.”

Kim Joo Ryoung gave more details about her character when asked how she prepared for the role. The actress shared, “Like I said before, unlike Mi Nyeo’s strong and rough exterior, she’s a character who internally has the most fear. She’s scared of a lot. Mi Nyeo is also loud and talks a lot. Although she acts like she’s performing a loud monologue on stage, Mi Nyeo just doesn’t want her true feelings to be exposed to others. That’s why Mi Nyeo pretends to be tough, is loud, and has a lot to say. Ultimately, it felt like she was saying, ‘Please look at me.'”

Continuing, Kim Joo Ryoung remarked, “I hoped that these aspects would appear as her own desperate ways to stay alive and that there would be some people who would feel bad for her and support her. I didn’t decide on one thing and act accordingly. I just did my best to enter this extreme situation with Mi Nyeo’s feelings and try to survive. I still get teary because I feel bad for Mi Nyeo. I feel sorry for her.” 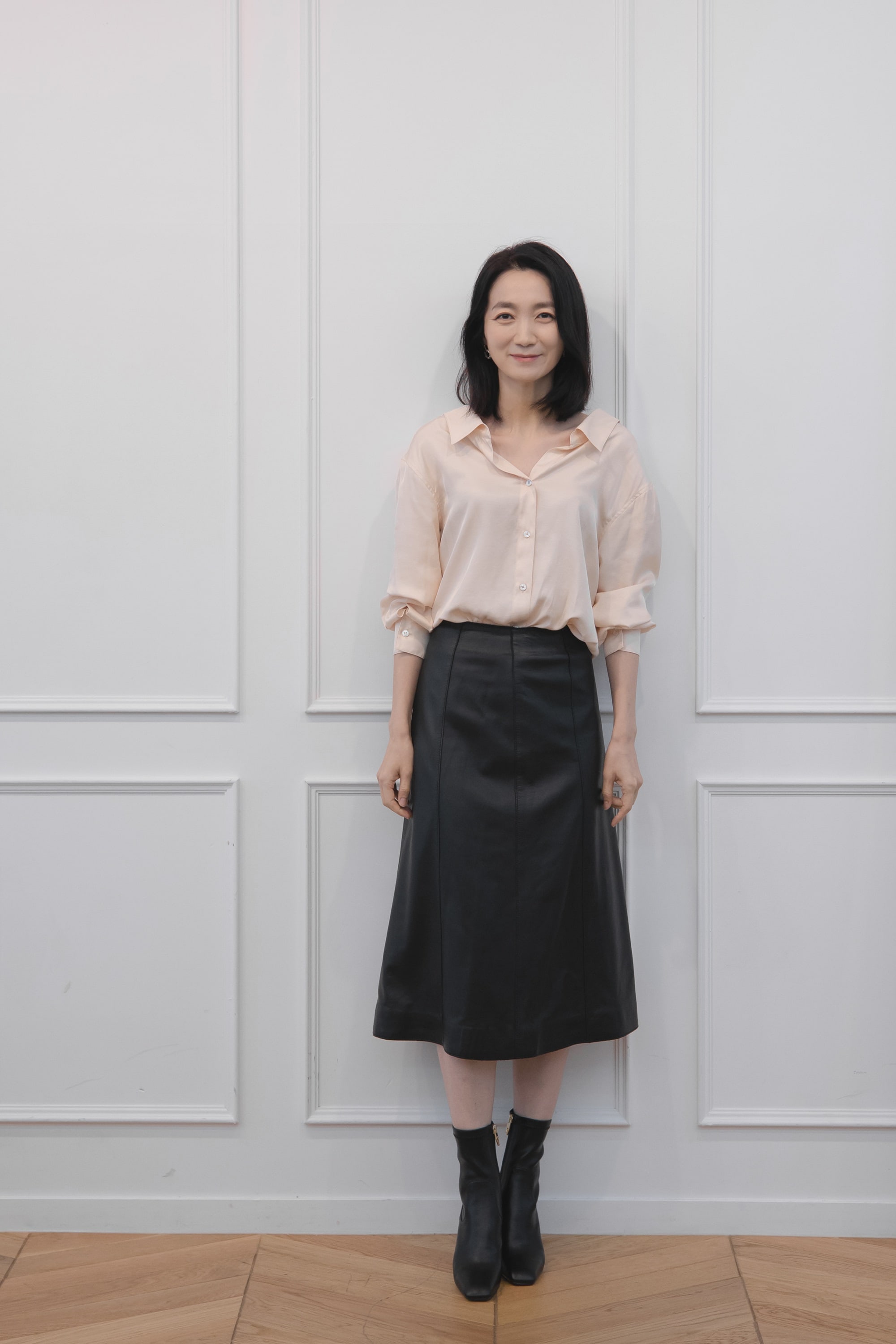 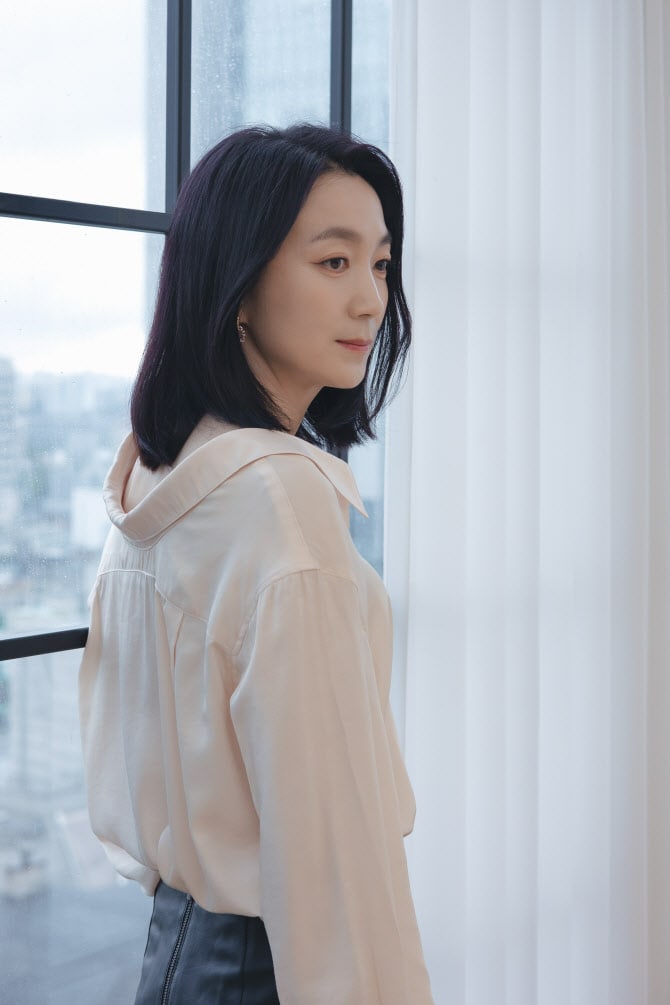 Looking back on her past 20 years as an actress, Kim Joo Ryoung also talked about how she wants to move forward in the future. She shared, “20 years… it’s been quite long. ‘Squid Game’ is a project that gave me a lot of happiness and excitement throughout the process. While we were filming, going to set made me happy and excited, and I did my best for everything, so it’s a project I have no regrets for. Results-wise, it’s also the project that allowed to public to learn my name. I figure that it’s a present for acting without giving up for the past 20 years. And like I always did, I will work on each project one-by-one. I think there are now a lot of expectations for Kim Joo Ryoung’s future activities so there’s a bit of pressure and I’m a little scared. I want to act now while enjoying myself a bit more and I think that I should repay [the support] with responsible and good acting. Kim Joo Ryoung will just continue to move forward diligently. Like always.”

Lastly, the actress commented, “Thank you for loving ‘Squid Game’ and supporting actress Kim Joo Ryoung. Please always be healthy and I promise to find you again through many other projects. Thank you so, so much.”

Squid Game
Kim Joo Ryoung
How does this article make you feel?