“Happiness” is an apocalyptic thriller that takes place in the near future, set in a high-rise apartment building stratified by social standing. The building is sealed off when a new infectious disease emerges in the city, and the drama will depict the residents’ fear, fierce psychological battles, and desperate struggle for survival within the closed-off building.

Han Hyo Joo will star in the drama as Yoon Sae Bom, a tactical agent in the Seoul Police Special Operations Unit, while Park Hyung Sik will star as Jung Yi Hyun, a detective who is her former high school classmate.

Known as the ace in her unit for her courage and quick thinking, Yoon Sae Bom also turns into an intimidating teacher when it comes to training new recruits. In newly released stills from the drama, the experienced agent exudes a powerful aura during SWAT training. Another photo captures Yoon Sae Bom pointing a gun at someone with a fierce glint in her eye, piquing viewers’ curiosity as to what kind of dangerous situation she might be facing. 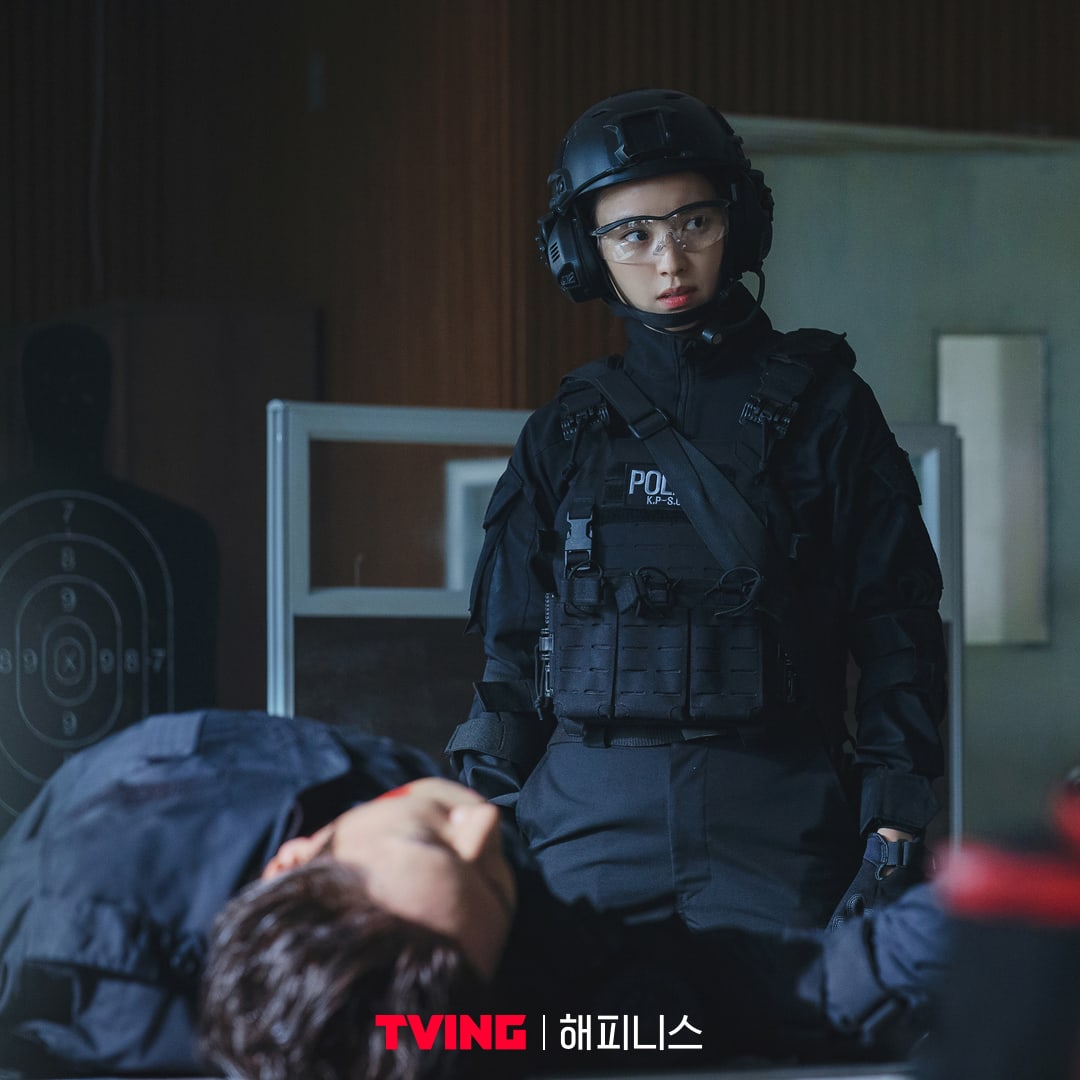 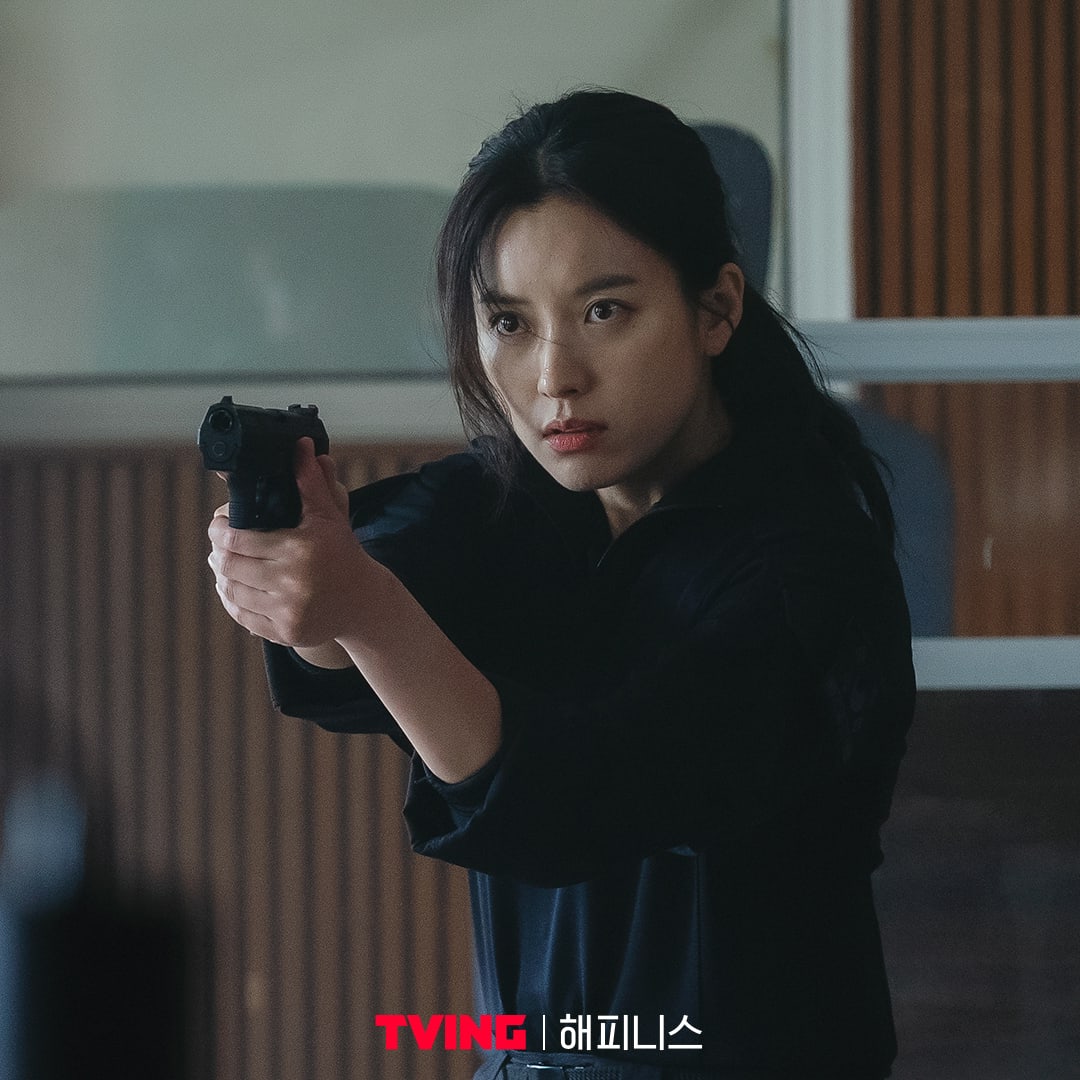 Recalling why she had initially found the drama so appealing, Han Hyo Joo commented, “The script was so much fun, and I was able to immerse myself fully in the character of Yoon Sae Bom because she was similar to me at that time.”

Describing her character, she continued, “Yoon Sae Bom is daring and honest, and she’s someone with a spirited charm. She immediately puts her thoughts into action, and there are times when she’ll act first before thinking, but I actually found that personality satisfying to play. There are times when I experience a vicarious thrill while acting [as Yoon Sae Bom].”

Han Hyo Joo also revealed that she had approached the character differently from her past roles. “Since we were similar in many respects, I was able to create Yoon Sae Bom even without intentionally developing and trying to act out the character. I feel like because Yoon Sae Bom resembles the Han Hyo Joo of right now, that feeling of similarity and the way I’m able to relate to the character come through in my acting.” 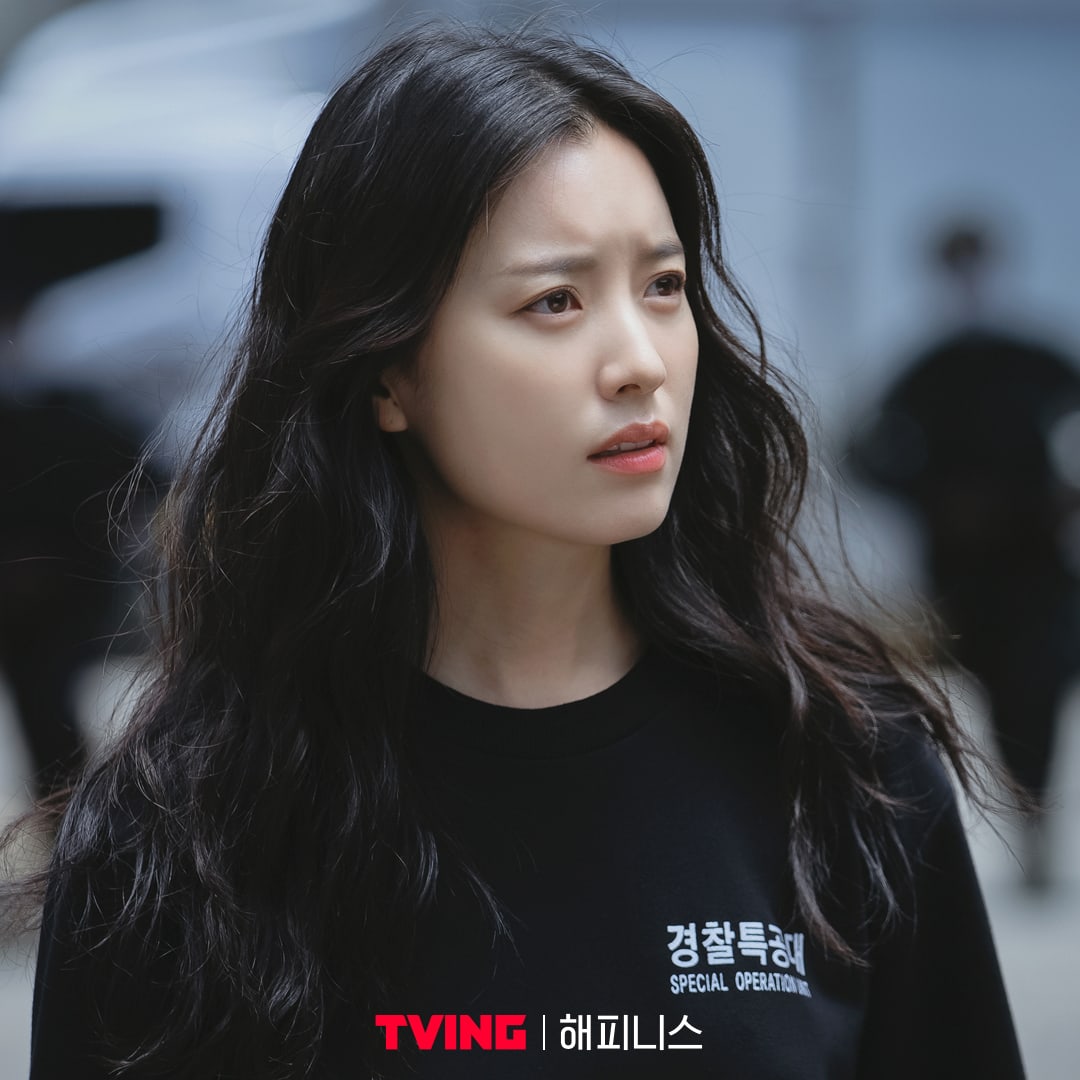 “Happiness” will premiere on November 5 at 10:40 p.m. KST. In the meantime, check out the first teaser for the drama here!

While you wait for “Happiness,” watch Han Hyo Joo in “W” with subtitles below:

Han Hyo Joo
How does this article make you feel?